“My first Raspberry Jam was CamJam in autumn 2013, when I showed some programs I had written,” Andrew tells us. “I also enjoy developing robots and doing electronics. I first went to the Colchester club run by John Woods in 2016, when I built a robot car using a Raspberry Pi. The Colchester club is run at the university and I like going there very much. The lab we use has all new oscilloscopes and I used them recently with some op-amp circuits. I also built my own oscilloscope from a kit and John Woods helped me get it working, as I had not soldered one of the connections properly. I took my oscilloscope into school and used it there.”

Andrew isn’t the only young person at the club, either: “Several other children from my school have also gone to the club and I have built projects with them. We made an ‘I ♥ Pi’ team and entered competitions. We also had a ‘Pi Rates’ team. My brother also goes to the club. He is building a security project with Arduino, and I might use some of his ideas in a programming course I am making.” 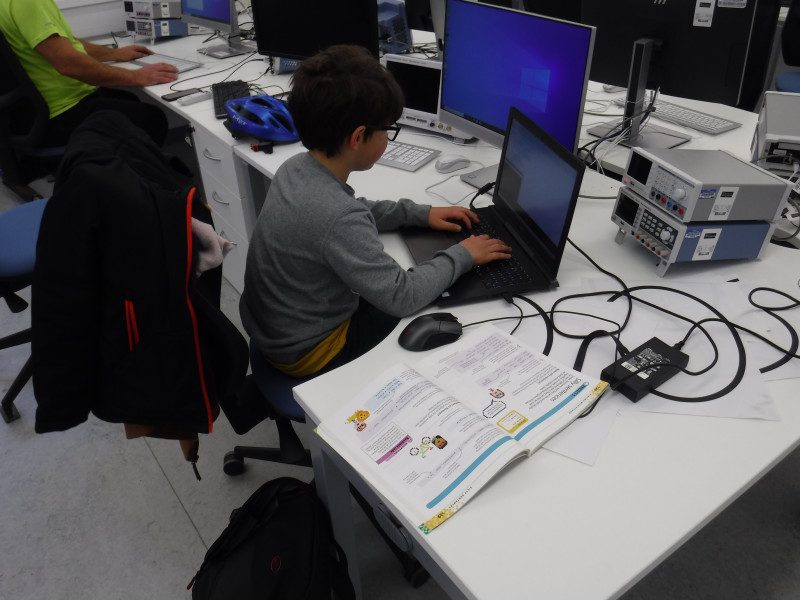 What kind of people attend?

At the moment, it is all children aged 8 to 14 who come along with their parents, but we don’t have set age limits. The youngest children usually want to learn Python; the older children usually have a project of their own that they want to work on. People often drop in for a few sessions and solve a particular problem and then stop attending. We have had some stay for years and they are all from different local schools.

One boy, Taylor, came regularly until he was 18. He developed several AI projects. He got a scholarship to Cambridge University, and graduates this year.

Other members have entered competitions and we have had members win in the ‘BigBang’, ‘Pioneers’, and ‘EasternDigital’ competitions. EasternDigital is an ‘adult’ competition for companies and one of the winners three years ago was ten years old; he was too young for their children’s competition!

What projects have you or other people made there?


As well as the AI projects I have mentioned, we have had members developing robotic arms. Then there was a flight control system for model aircraft and several robot cars.

What are you working on at the moment?


Some of the younger children who are new to the club are doing directed tasks. Samuel, aged eight, and Xingtong, aged eleven, are both working on TicTacToe. But we do very little teaching.

Some children are doing their own Python projects, with Python always a popular language. Robyn, aged twelve, has made a Mastermind-style game linked with Hangman. Andrew, now aged 14, has developed a version of Conway’s game of life.

There are also several Arduino projects on the go. Victor, aged eleven, has just finished his security control system which is based on an Arduino Uno and written in C.

There are always robots. We have a robot arena that is purpose-built for the development of robots, and we have a lot of knowledge and resources to support a robot project. The arena is 100 square metres in area, and has a six-metre-high ceiling to accommodate flying robots.