Virtual reality continues to reach larger audiences, with sets landing in more and more homes, and VR arcades continue to pop up worldwide. Offerings for younger players, however, are still few and far between. The team at Rocket Worldwide, feeling that VR is for the whole family, want to change that by creating the first in a series of arcade focused all-ages experiences with Buddy Adventures: Attack of the Wompas! We sat down with them to hear what went into this hilarious and adorable title.

Tell us a bit about yourself and the team at Rocket.

Sure! We have a really diverse and eclectic group of folks who work at Rocket who come
from different industries and backgrounds. Our core creative team consists of game designers,
storytellers, a composer who writes original scores and songs, a principal character illustrator,
modelers, and animators. Everyone has a personal stake in the game and wants to make it
something unique and special. It’s a lot of time and energy to take into account all of the
different perspectives and opinions of the team, but in the end we were able to deliver a much
stronger game experience. I think what brings us together as a cohesive team are the values we share around friendship, community, and giving back that we hope make their way into our
games and how we run our company.

What inspired you to create the colorful all-ages experience Buddy Adventures: Attack of the Wompas?

I think what really inspired our team from the beginning was the hope of seeing kids laugh
out loud and completely enjoying themselves in a VR game experience that we created. We felt that if we could let kids play in a world that was completely disconnected from our own that was filled with colorful characters, had a zany storyline and used VR to deliver gags and surprises, kids would use their imaginations to create their own happy memories. 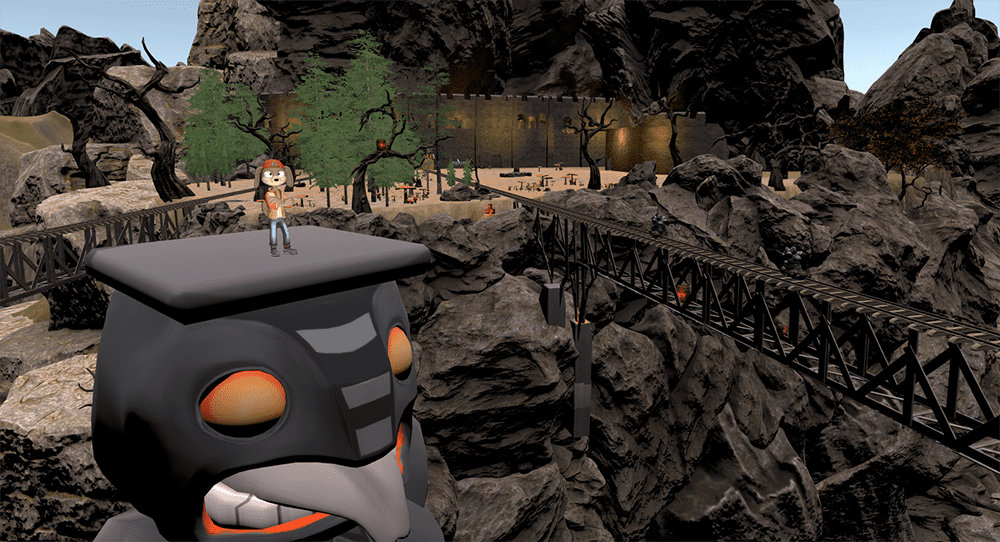 The first year at Rocket was spent researching and experimenting with various VR and AR
technologies and thinking about their future in family entertainment. We then created our own
tools and methodologies that we would later use to build our game. For example, we developed
detailed emotion maps for the game which allow us to compare desired versus actual emotional
responses to game features, challenges and characters. With these maps we could quickly see
whether we needed to make a change to a game feature or get rid of it completely. We also
worked hard to strike the right balance of humor, pacing, and game challenge to make it a full
and satisfying arcade experience for kids.

Were there any concepts (enemies, challenges, puzzles etc) that you wanted to work into the
game but just couldn’t find a way to make it fit?

Yes, there were quite a few actually. When we first started to develop our story, we
anticipated that we’d encounter some surprises during development that would cause us to
pivot and alter our course. I can think of several times where we had designed a game feature
that fell out of scope because of cost or its entertainment value fell short of what we expected.
We also created a number of weapons, such as a bow and arrow and slingshot, that aren’t used
in our first episode because we felt it might take too long for some of our younger players to
master the technique of using them in an arcade environment. There are some hilarious scenes,
such as one that takes place in the Wack-a-Wompa field and another in the Wompa dormitory,
that we designed which weren’t used in this episode because it was going to make the game
too long to complete. We are planning however to use these in future episodes of the Buddy
Adventures series. 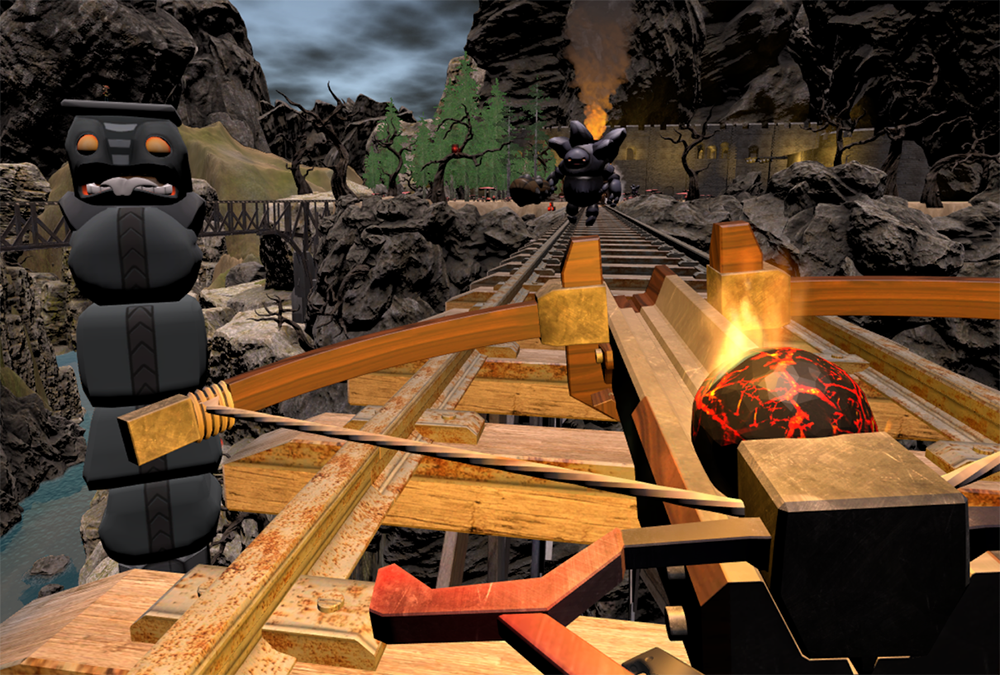 What have been some of the biggest challenges in developing an engaging, all-ages VR
title?

I think it was finding the sweet spot for our game that met the entertainment expectations of
players in our target 8 – 15 year-old age demographic. We wanted to make it accessible for
younger players while keeping it exciting and challenging for older kids. In fact, we realized that
we needed to create an ensemble of Wompa characters so that we could appeal to a variety of
ages and interests. Buddy, the main character in our game, is an anthropomorphic dog and was
originally drawn to be about 9 years old. After some initial testing, we saw that players in the 11
to 15 year old range were turned-off to the game because they felt the story and characters
would be too young for them. We addressed the problem by redesigning Buddy and changing
his wardrobe so that he now looks to be about 12 to 13 years old. What’s interesting is that
we’re seeing younger players “project” the age they’d like Buddy to be and his revised design
and look seem to enable this.

I believe we are just scratching the surface right now when it comes to fully understanding all
the ways we can leverage VR for family entertainment. I think over the next few years we’re
going to see an acceleration in the kinds of innovations coming from developers who view the
medium as a revolutionary new way of creating compelling entertainment, as opposed to
looking at VR as simply an incremental step in an evolution which extends conventional ways of
thinking. VR as we all know has the ability to deliver an “emotional presence” for players that
can be more challenging for other mediums to achieve.

VR entertainment, and really any form of artistic expression, needs to engage at an emotional level for it to inspire and provide a meaningful connection with the audience. If the experience is shared, it can become a catalyst for creating a strong emotional bond between people as well. I think that this is ultimately the goal for all of the entertainment we produce. I also think we’ll see VR entertainment, and
specifically VR games, spearhead innovation in the areas of user experience, ergonomics and
human factors that will be leveraged by other industries and non-entertainment applications. 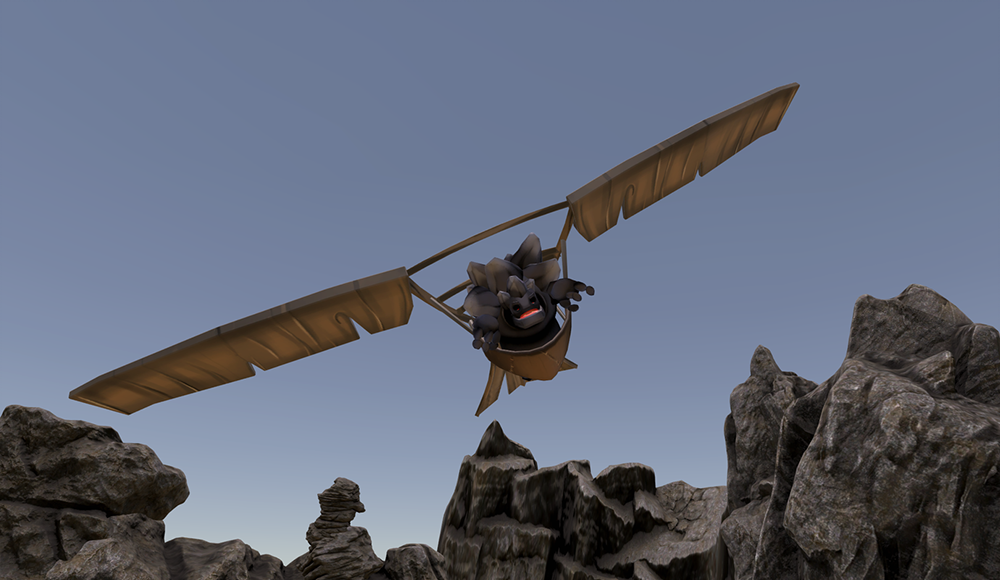 How many people are on your team and how long has it taken to develop the first episode in
the Buddy Adventures series?

We have 16 people on our team who contributed to the design and development of Attack of
the Wompas. It has taken us a little over a year to complete our first episode. The next episode
in our Buddy Adventures series is due out in the first quarter of 2019. With its new challenges,
surprises and gags, we think kids will really enjoy playing our next episode!

Attack of the Wompas is now out in VR arcades around the world. Did you
develop the title with arcades and VR centers in mind?

Yes, right from start, we decided to design Attack of the Wompas as a game to be
specifically played in arcades. I think what drove us to go in this direction was a desire to offer a
high-quality, kid-friendly game experience to families who don’t have a VR system in their home.
I remember as a kid, my first experience playing video games happened in an arcade. The
game was Space Invaders and I recall being so mesmerized that my parents had to drag me
away from the machine. I think that arcades are in some ways like movie theaters, where the
experiences are communal. You can definitely feel a different energy and vibe when you’re at
an arcade than at home. Also, VR games developed specifically for arcade play are very
different than games designed for home play. The game needs to engage the player as quickly
as possible and eliminate or try to reduce the need for an attendant. Ultimately, the goal for us
was to create a game experience in the virtual world that harmonizes with our real world and I
think an arcade is the best place to make that happen. 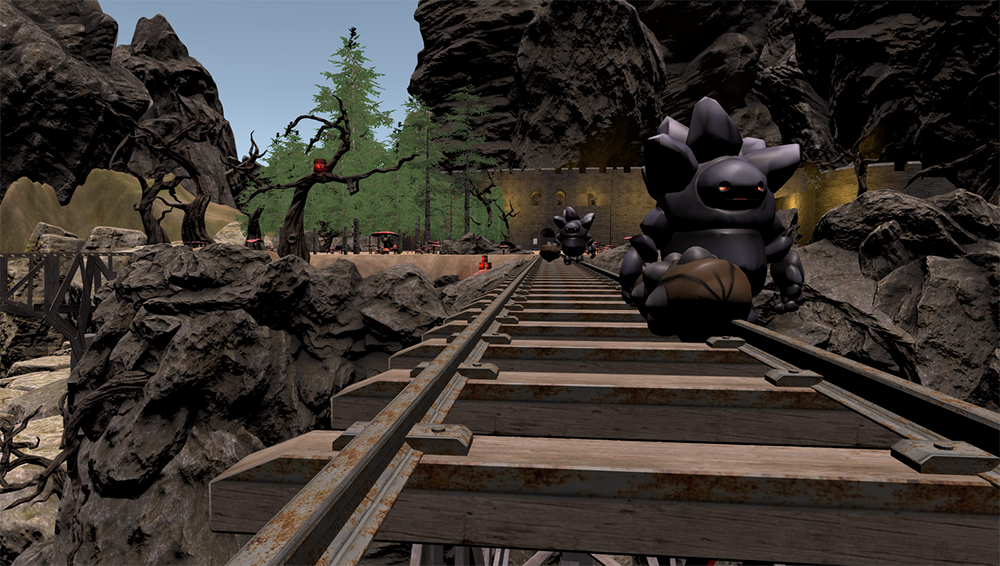 What’s next for Team Rocket? (hopefully blasting off again in the world of VR)

As an organization, we will be focused on three things in 2019. The first is to continue to
innovate and live up to our values and aspirations as a company that creates family-oriented
games and experiences that promote healthy interactions between people. Our second goal is
to create a world-class company that attracts the world’s most talented and committed people
who share our vision of nudging the world into a better place through positive and healthy

entertainment experiences. And lastly, we want to contribute and give back to the community of
developers and players who have supported us and contributed to the development of Buddy
Adventures. There’s little doubt in my mind that with the ecosystem of VR platforms such as Viveport,
game developers, and the players themselves all play a vital role in ensuring that high-quality,
family-oriented VR content is being created and finding its way to new markets.

That’s exciting to hear! Thanks for taking the time to speak to us.

Buddy Adventures: Attack of the Wompas can now be experienced at a VR Arcade near you