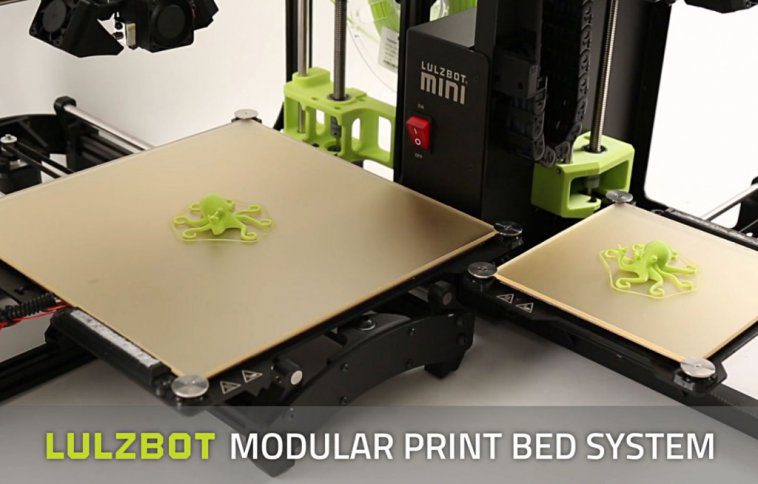 For the Consumer Electronics Show 2018, Aleph Objects, the company behind the popular Lulzbot line of 3D printers, will demo its products in the best possible way — printing more printers.

Colorado-based 3D printer manufacturer Aleph Objects is putting on a bit of a show at this year’s Consumer Electronics Show (CES).

The company plans to exhibit its current line of 3D printers and recently unveiled add-ons as part of a 3D printer factory display. It offers CES event goers a first-hand demonstration of how its own machines’ specialized parts are 3D printed — from design to finished product.

Best of all, attendees get the chance to win one of 20 limited edition Las Vegas-built printers. The company will also be throwing in accessories and filament to get winners up and running immediately.

“Our ‘show floor factory’ is not a proof of concept, we’ve been using 3D printers in production since 2011. Evolved makers around the world are transforming manufacturing with LulzBot 3D Printers. We encourage you to join us and make everything.”

Back at the Aleph Objects headquarters in Loveland, Colorado, US, the company’s 150 LulzBot 3D printers are working around the clock to produce yet more custom printer parts. The company calls it “the Cluster”. Around 50kg of filament are printed daily into new extruders, gears and structural parts.

Aleph Objects recently hit a milestone with the production of its 2-millionth piece.

The CES set-up is thus labelled the “micro-cluster”.

Naturally, the company will be showing off its recently revealed products at the event. The Aerostruder Tool Heads for use with the LulzBot TAZ and LulzBot Mini printers are set to be released today, January 8. The tool heads enable users to print rigid, but also flexible materials without having to swap out the tool heads.

Shortly after the CES, the company is rolling out the LulzBot Mini LCD Controller for more comfortable operation of the 3D printer without computer connection.

Other products recently released by Aleph Objects include the LulzBot TAZ Dual Extruder Tool Head v3 for water-soluble support structures, as well as the Modular Print Bed Systems for LulzBot TAZ and Mini. The updated version of the Cura LulzBot Edition now includes a new interface and features.

“We’re excited to be highlighting the final three at CES 2018″ explains Ben Malouf, Aleph Objects’ Director of Marketing. “The Aerostruder Tool Heads and LulzBot Mini LCD Controller add even more versatility and ease of use to our award-winning 3D printer lineup. The LulzBot Mini 3D Printer bundles given away during the show will feature both the Aerostruder Tool Head and the LCD Controller, as well as the Mini Modular Print Bed System,” he adds.

For CES attendees, you can find LulzBot 3D printers in booth #8700 in the North Hall of the Las Vegas Convention Center.