Greetings travelers. I’m Chris Bischoff, creative director of The Brotherhood. Our isometric sci-fi adventure game, Beautiful Desolation, releases on PlayStation 4 May 28, so we wanted to give you a look at just a handful of the 40+ bizarre and unique characters you’ll meet on the journey. 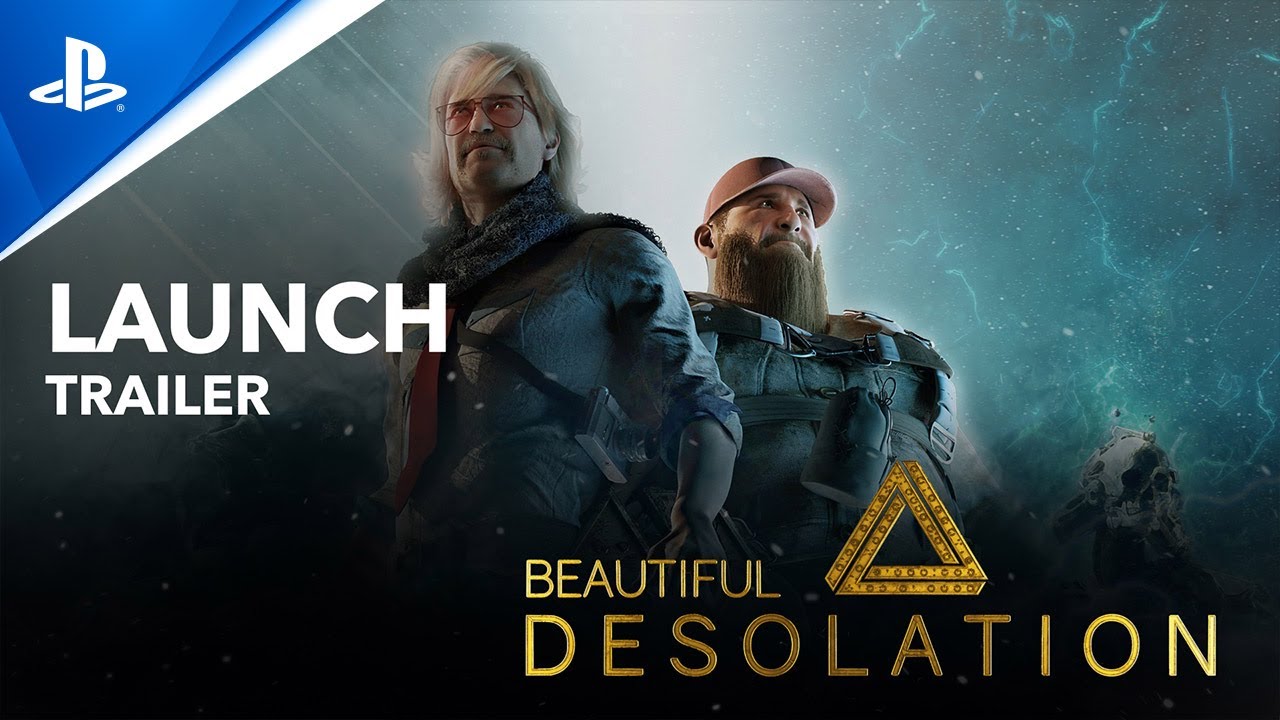 Since our two-person team lives in South Africa, Beautiful Desolation is a bit of a love letter to our home. We wanted to make a sci-fi adventure game overflowing with cool African inspirations and portrayals. So naturally the characters took a front row seat in this, be it in their looks, names, the slang they use, and working with African voice actors we brought on to bring them to life. So here are just five characters to look out for.

“If a people’s history is taken from them, they will do whatever it takes to reclaim it.” – Oothee

The Hanasi is a once-proud warrior tribe who ruled with an iron fist. They have had their culture slowly eroded away due to modernization and subjugation. Their dazed state has cut them off from their history and connection to their ancestors. Now they waste away in the harsh sunlight begging for scrap from passers-by.

Oothee or Momma as the Hanasi call her, is the matriarch of this tribe. She appears as a young woman but is truly ancient. Some speculate that her mind simply moves from one Hanasi Maiden to the next. Oothee and her brothers set out to unite the Hanasi and using a medicinal herb they have found a way to commune with their ancestors on the astral plane.

The Grand Maw – Ruler Of The Fley

“The host must be a child. Their brains are soft… their spines malleable. Even their skulls are not yet knit together, allowing the Fley to extend through the soft flesh. ” – The Grand Maw

The Fley is a worm that creates a symbiotic relationship with its host. The symbioses of this relationship is in question.

The Grand Maw is the leader of the Fley. She is at the pinnacle of Fley evolution, meaning she has outgrown the requirement of a human host. But without a body to sustain her, she is instead kept in a large vat in the volcanic underground caves of Scoria. The Grand Maw is desperately searching for a way to expand the Fley beyond the lava fall of Scoria.

“I never trust a man with a clean dog” – Ismael

The Mongrels are what remains of human civilization. Their use of environmental suits means that their travels aren’t restricted in the irradiated wasteland.

Ishmael is a Mongrel hunter who has been tasked with tracking down the mythical Umloki which leads Ishmael into the desert plains of Vesta. This adventure has come at a great cost… his leg and the death of Red, his hunting prawn.

“Nevrogorses herself plucked my eye like a grape and sliced out my voice box as I knelt before her, as a reminder that she is always watching me, and I am to always speak her praise. What a gift!” – Bra Bones

The Witnesses are cyborgs who have replaced so much of their anatomy that they barely count as human anymore. They are the liaison between the common folk and the High Priests Of Tribulation.

Bra Bones runs The Old Abbey, a tavern in Vesta which is also home to the Mistress of Witherberg. He is always looking for a good new recruit into the cult of the Witnesses.

“I don’t want to be in the dark anymore. Narchee misses the light. Please…” – Narchee

The Caecus are blind map makers. Centuries of exploring the wasteland have withered their bodies which are now kept afloat by drones.

Naarchie is a long Caecus who has been tasked with keeping a radio tower operational. Unfortunately, he is afraid of the dark, and his blindness has put him into a constant state of fear and depression.

So there you go. At its weird little heart, Beautiful Desolation is a story-driven sci-fi adventure game set in a post-apocalyptic, distant future South Africa, reshaped by alien technology. We want players to know this is not some deep RPG with crazy character customization, item stats, loot hunting or constant combat. Rather, the core of the gameplay is about exploring this twisted, sci-fi African setting, meeting bizarre characters, making story defining dialogue choices, and solving a few puzzles. If this sounds like your type of jam, feel free to check it out on PS4 on May 28.