Hey, guess who? It’s me, Adam Volker. Do you know who I am? Nope? Didn’t think so. I am a Creative Director at an indie development studio called Flight School Studio. We’re headquartered in beautiful, hot, Dallas, Texas, but I work out of our smaller branch in beautiful, French Montreal, Canada. Together with some of our friends at the Dallas office, my buddy Bohdon Sayre and I made a game called Creature in the Well — available now with Xbox Game Pass and for sale on the Microsoft Store for Xbox One. It’s a top down, hack ‘n’ slash pinball game. It’s a weird, comic-booky-art adventure with fire in its belly.

What I wanted to talk about isn’t necessarily how we came to the look or the gameplay as it is now, but some of the bits that ended up on the cutting room floor. The things we thought could’ve been good… but weren’t. Or was great, just not quite a fit for this game.

Here goes. The things we left behind and have no regrets about.

Believe it or not, our game started as a multiplayer prototype and yes, we called it StickBall. We tried it out as an “air hockey game with movable flipper characters.” The goalkeeping was fun, pretending we had reinvented Pong was fun, but ultimately there wasn’t a lot there for us.

A multiplayer game for a single engineer (Bohdon) was going to be a lot to take on and we found ourselves wanting to make something more story driven. We tried spicing it up by adding bumpers to the arena. Those bumpers evolved into puzzle rooms, which we then put back to back to create dungeons. Something clicked and we pivoted to the game as it is now. 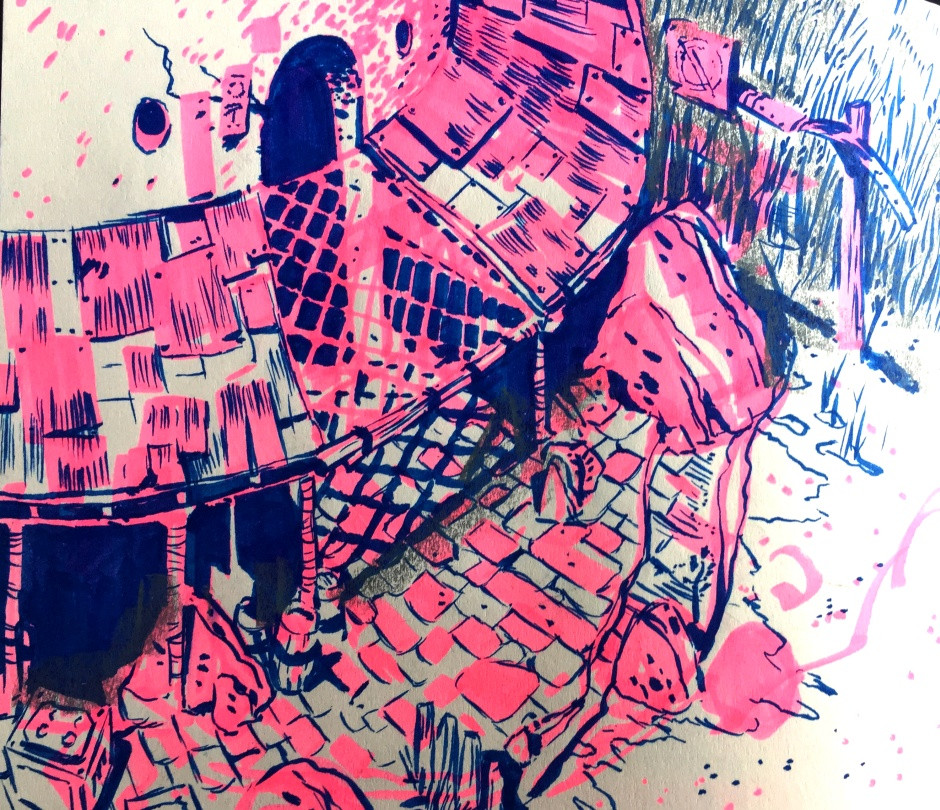 There was a point in time when we thought the game was going to be a roguelike. Bo wrote tools for ways to randomly connect the puzzle rooms I was making. It was cool to see the tool in action. We originally went down this road to stretch out the amount of content we were making. We knew our team was small and our budget was tight, so we were worried about making enough to fill a whole game up. We left this behind because we found that mapping the dungeons and returning to a place to explore them further was more fun than the small variations the RNG was giving us. We also didn’t really have the time to explain to players how it was going to work. It was complicated. I hate complicated.

Frustrating beginnings for Creature in early prototypes involved chasing a single ball around a room. We hit a wall early on where once a player hit the ball it would just start bouncing everywhere. You’d only get one or two good swings in before you lost control of it. Ball speed and player speed got tweaked, but then it was either the ball was moving too slowly and stupidly, or it was too fast to predict and control. We implemented a rechargeable meter that players could spend to draw the ball towards them from any distance. For a while it changed the game into a version of paddle ball, however, it took too much of the challenge out. We ended up using that same tech (turned all the way up) to make those oh, so satisfying gravity power wells that reward players in each of the room puzzles. 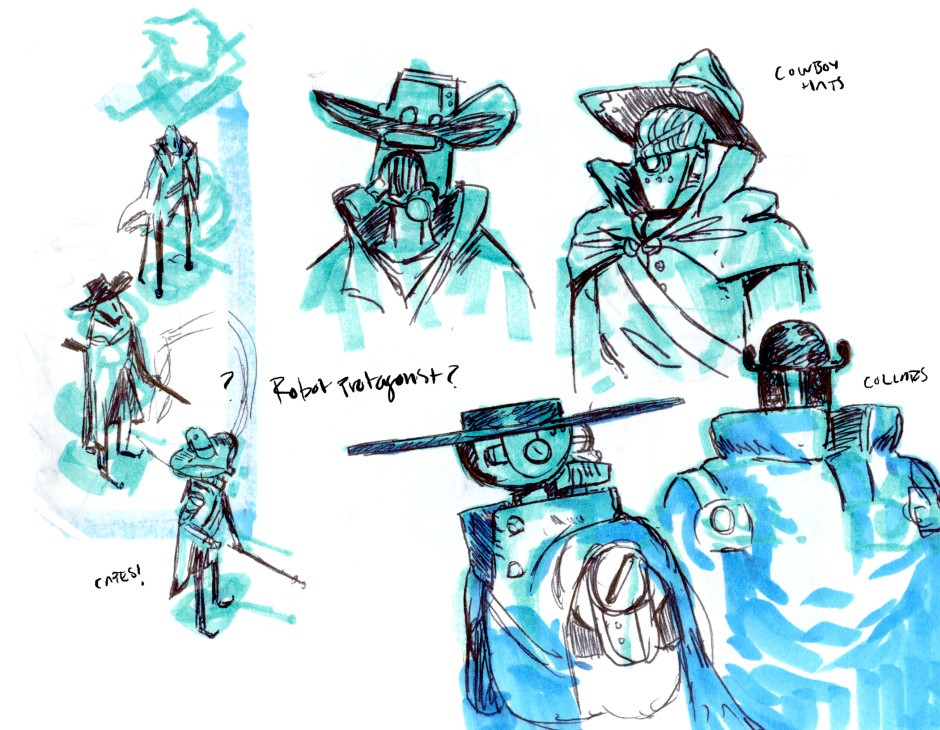 Did you know I wanted to put a giant talking computer in the middle of a junkyard full of abandoned automobiles in the middle of town? Did you know that we used to have a character based on Oscar the Grouch? Of course you didn’t, cause I just told you. Well we did, and I wrote them some stories, but my writing was bad, and I couldn’t come up with a design that was cool enough. The Oscar inspired character was version one of the Creature itself.

Game development is a risky mystery. I love (once it’s over and the game is about to come out) looking back over everything and talking about all the things the game could have been. The directions it could have gone, the logos that could have been. It’s a good reminder that Creature in the Well could have been a totally different game, but we are so proud of what it became. I hope you play it!

Creature in the Well is available now with Xbox Game Pass and for sale on the Microsoft Store for Xbox One. Click here for purchase details.

Related:
Xbox Sessions: The RZA of Wu-Tang Clan Plays Gears 5 and puts on a Trebuchet Chess Clinic
To Valhalla! A Look at the Norse-Themed Niffelheim, Coming Soon to Xbox One
Next Week on Xbox: New Games for September 9 to 13