8 Cool Things You Can Do in the Monster Hunter World: Iceborne Beta for PS4 | Blogdot.tv

Monster Hunter: World is treading into new territory in multiple ways with the upcoming release of the massive Monster Hunter World: Iceborne expansion. There is so much cool stuff in Iceborne — and we don’t just mean the new wintry Hoarfrost Reach ecosystem. So we wanted to give you a hands-on taste of what you can expect, along with this handy guide to prepare you for the new challenges.

But first, a recap (and I’ll try to make it the fastest recap ever, so read at 2X speed for the intended effect) for those who haven’t hunted in a while, or at all:

You are a hunter. Hunter of monsters. Monsters leave tracks. Your Scoutflies (green fireflies) guide you to tracks. You collect tracks and find the monster. Then you battle the monster alone or with friends: attack, get hit, observe its behavior, counter-attack, get hit again, use items, use tools, use the environment, maybe faint, and finally win. Through this Beta, you get bragging rights and item packs that unlock in the full Iceborne game when it releases. In the full version of the Iceborne expansion, you also get materials to craft new weapons and armor… to take on even more ferocious monsters! 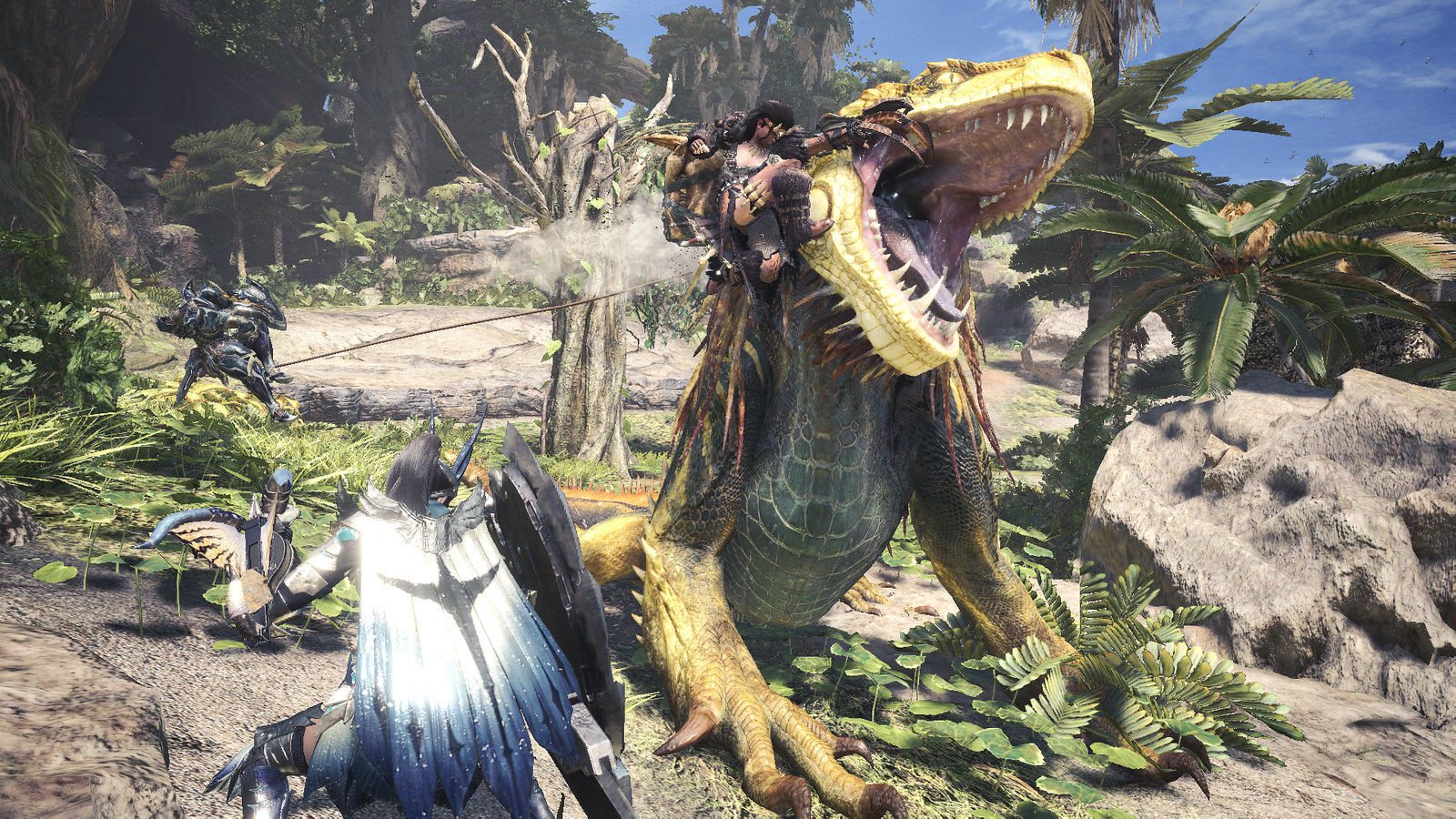 Phew! With that out of the way, let’s get to those new features:

Before you can track down and battle any monster in the Hoarfrost Reach, you have to survive the new locale’s freezing temperatures. Staying out in the cold without something to warm you up will slowly eat away at your stamina, hindering your ability to sprint and even perform some attacks.

Lucky for you, the Hunter’s Guild has stocked the blue supply boxes in the campsites with Hot Drinks; make sure to take those. And if you’re all out of Hot Drinks, be on the lookout for Hot Peppers (to make more Hot Drinks) or natural Hot Springs out in the environment. Sit in one of those Hot Springs long enough to warm up and get a boost to health recovery! Highly recommended.

How can you tell if you need to warm up? Simple: look for blue icons next to your stamina bar… or look at your hunter’s cold shivering animation.

2. Use the Slinger any time

Have you ever missed the perfect opportunity to stop the monsters in its tracks with a timely Slinger shot because you were still sheathing your weapon? I have… (I totally didn’t faint, though… maybe). Anyways, back on topic: now you can actually use the Slinger any time, even with your weapon drawn. Some weapons will even let you integrate Slinger burst shots into your weapon’s combos! 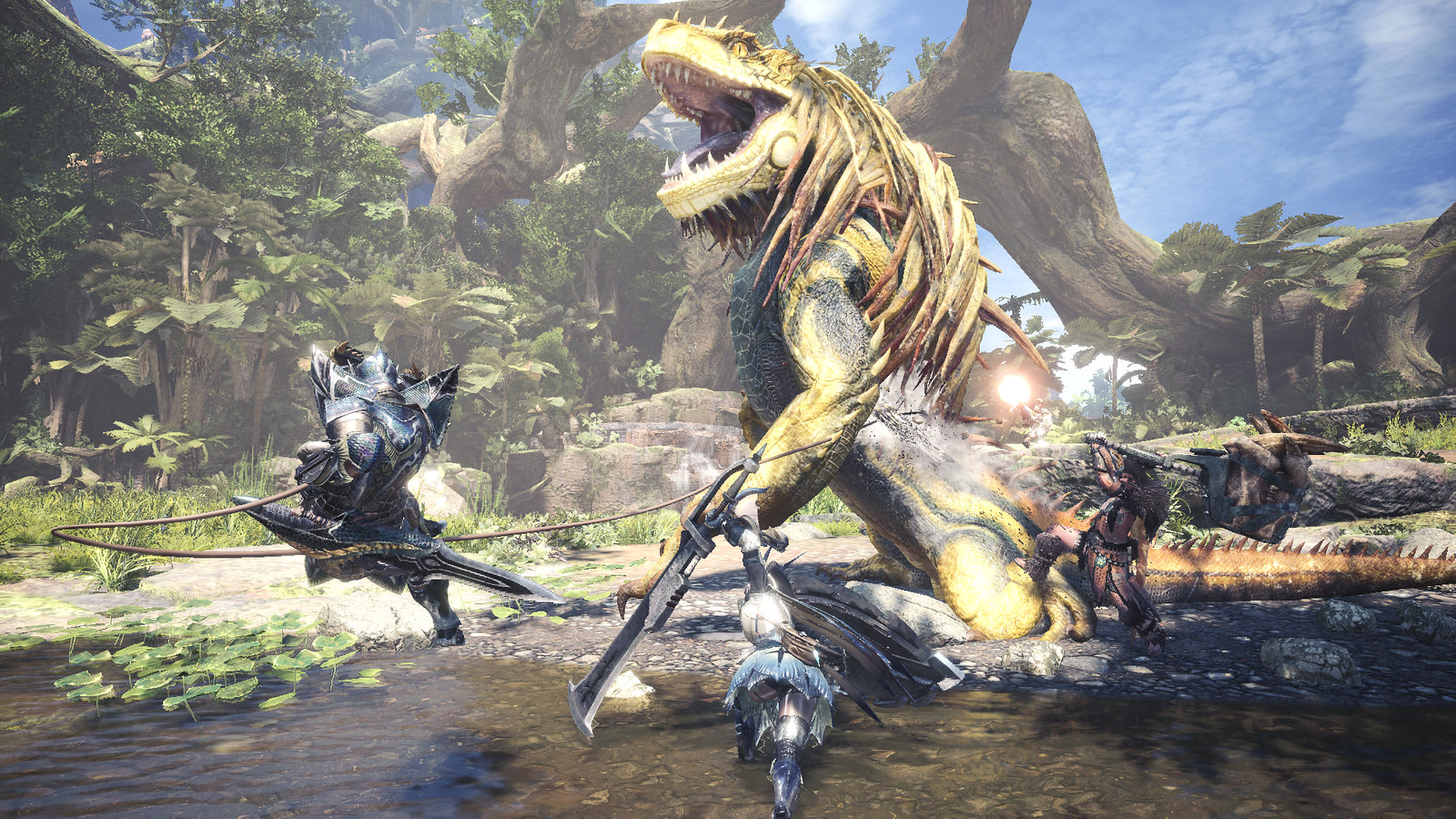 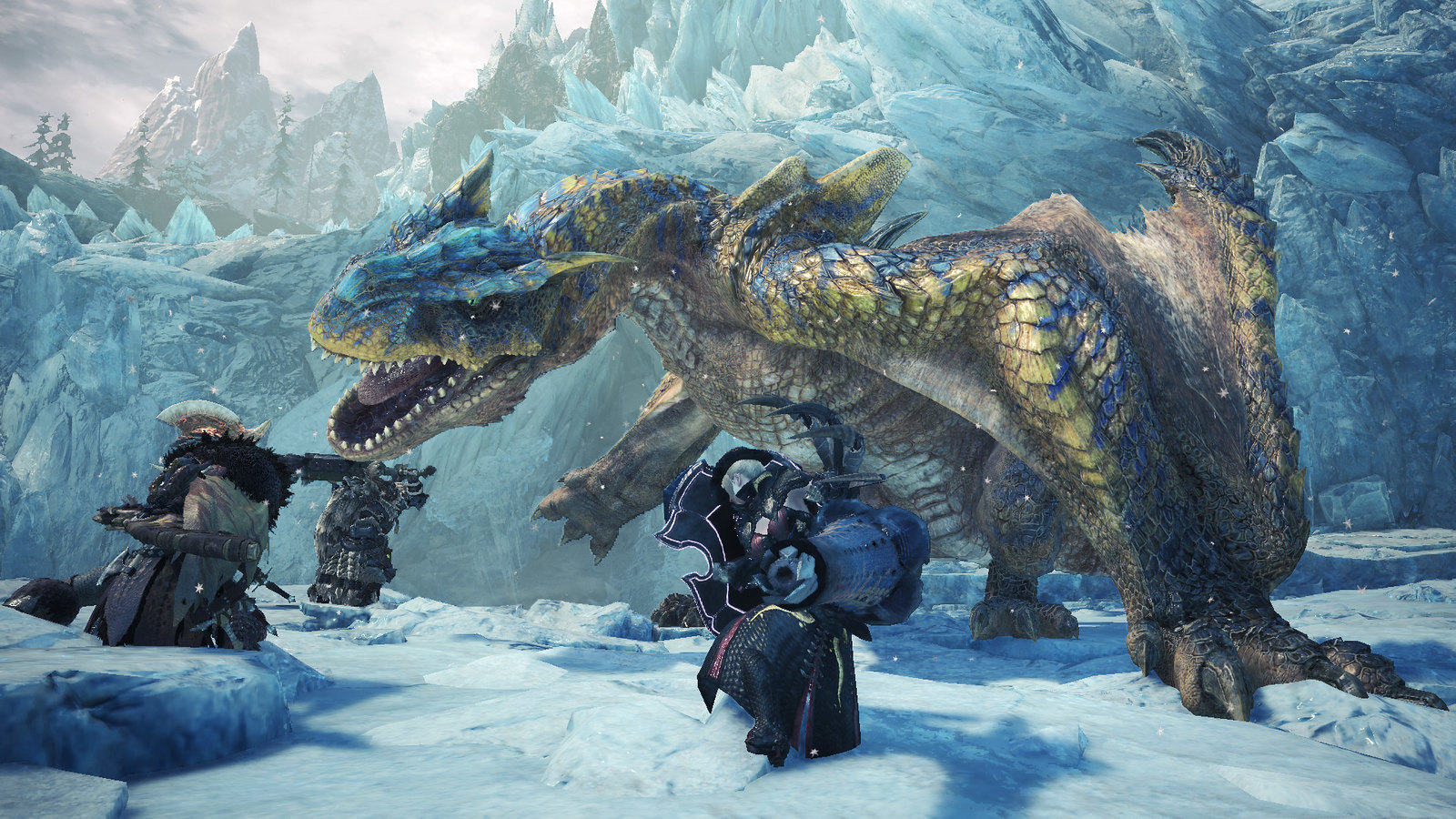 The header pretty much covers it already, but let’s dive a little deeper. The Iceborne expansion builds on every aspect of Monster Hunter: World, and that includes updates to every weapon. I imagine the combat designers meeting up and taking a long, hard look at each of the 14 different weapon types and thinking “what would make this weapon even better?” I can’t verify that things actually went down like that, but you’ll get what I mean once you take each of them out for a spin.

Some weapon types got new abilities while others got new branching combos; but all of them got some form of interaction with the Slinger and the all-new Clutch Claw mechanic, which can completely change the way you approach certain in-game situations.

4. Grapple onto monsters with the Clutch Claw

Another way we’re expanding your toolkit for hunting monsters is with the addition of the Clutch Claw. This handy apparatus shoots out a grappling hook out of your Slinger and zips you right to the monster. And from there you can perform a variety of strategic (and rad) moves:

Just be mindful of these two key factors when using your Clutch Claw: 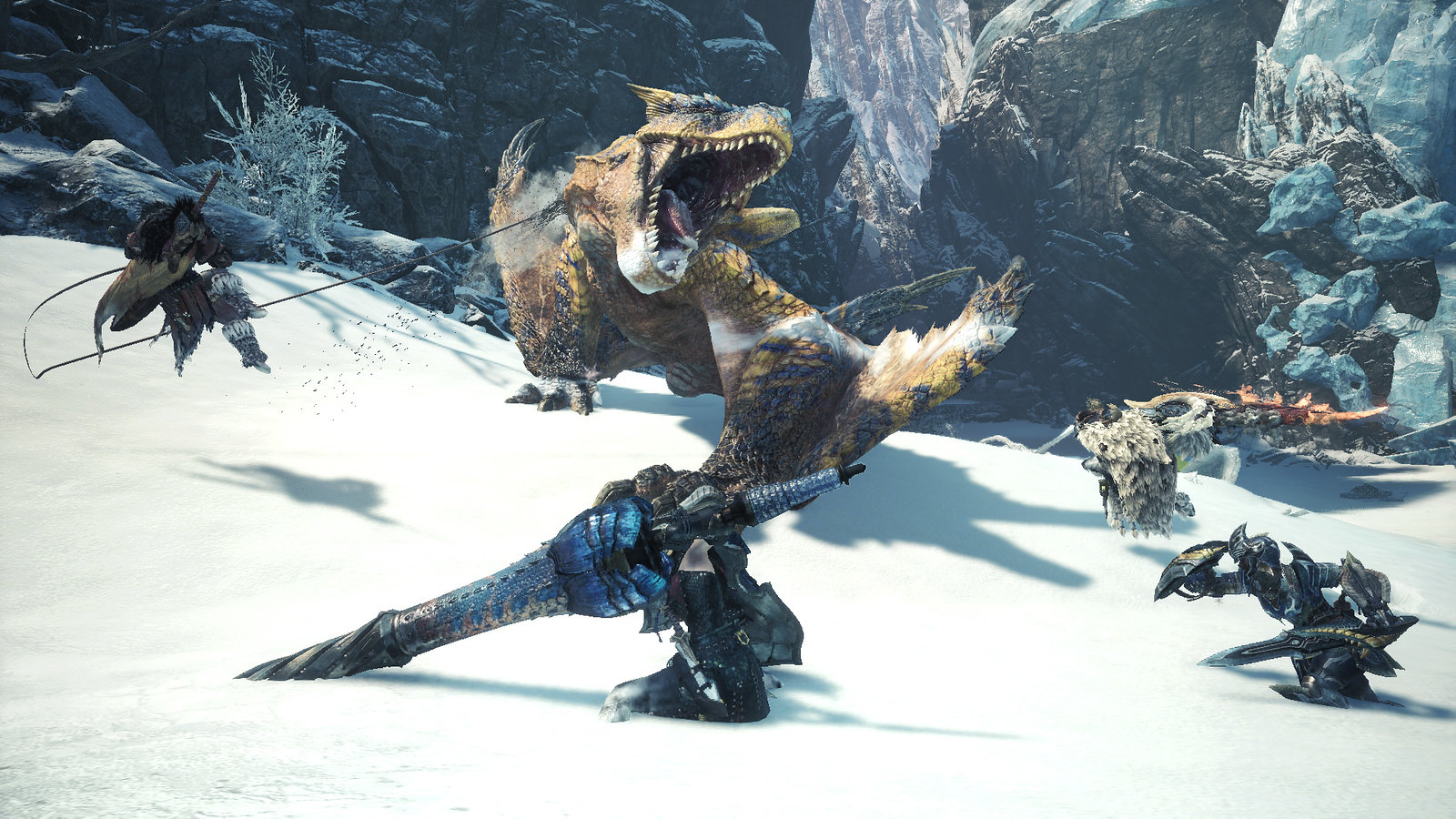 5. Master it all in the new Training Room

Alright, so we’ve covered new Slinger tech, new weapon features and the new Clutch Claw. Now all we need is a safe place to test it all out and practice before actual hunts…

At first glance, this is gonna look a lot like the existing Training Room in Monster Hunter: World; but we’ve actually added a new feature that will make a world of difference: you can switch the standard barrels and tree trunk out for a full-sized wheeled monster dummy thing!

This training dummy won’t attack you, but it will react to Clutch Claw attacks just like a monster would, so it’s a great way to practice and master the ins and outs of these new mechanics, as well as the new features or combos for your weapon of choice.

6. Save memories of your hunts with View Mode

The New World introduced to us some of the most beautiful vistas and detailed environments of the Monster Hunter series. Now, due to popular demand, we’re adding a feature that lets you break away from standard camera angles and line up the perfect shot of yourself or the scenery with View Mode.

One thing to note: View Mode is much like real life photography and does not pause the action… so if a monster shows up, it can very well decide that you’re its next meal and come straight for you. If you get hit by anything while View Mode is active, you’ll be bumped back to regular gameplay. 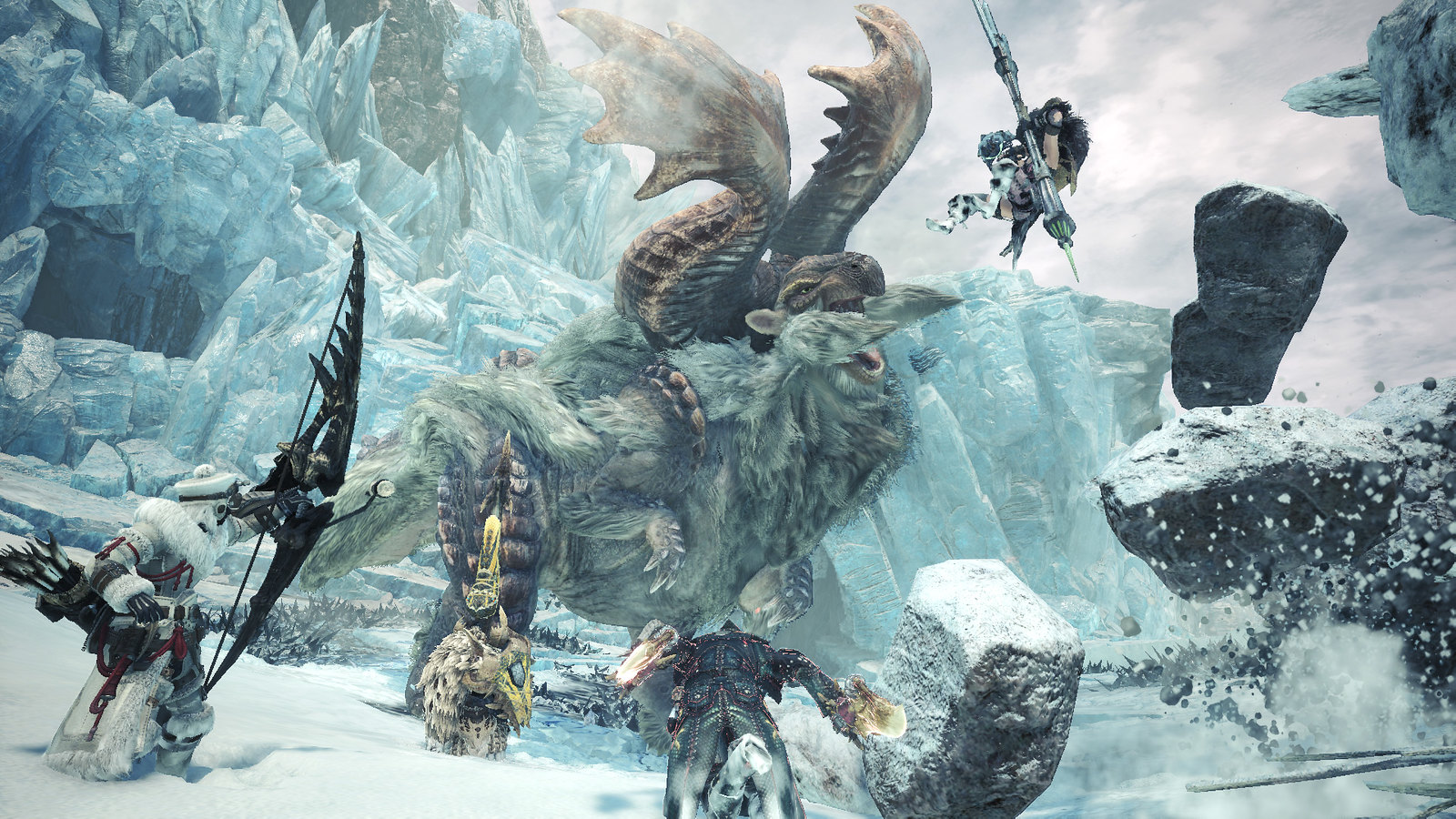 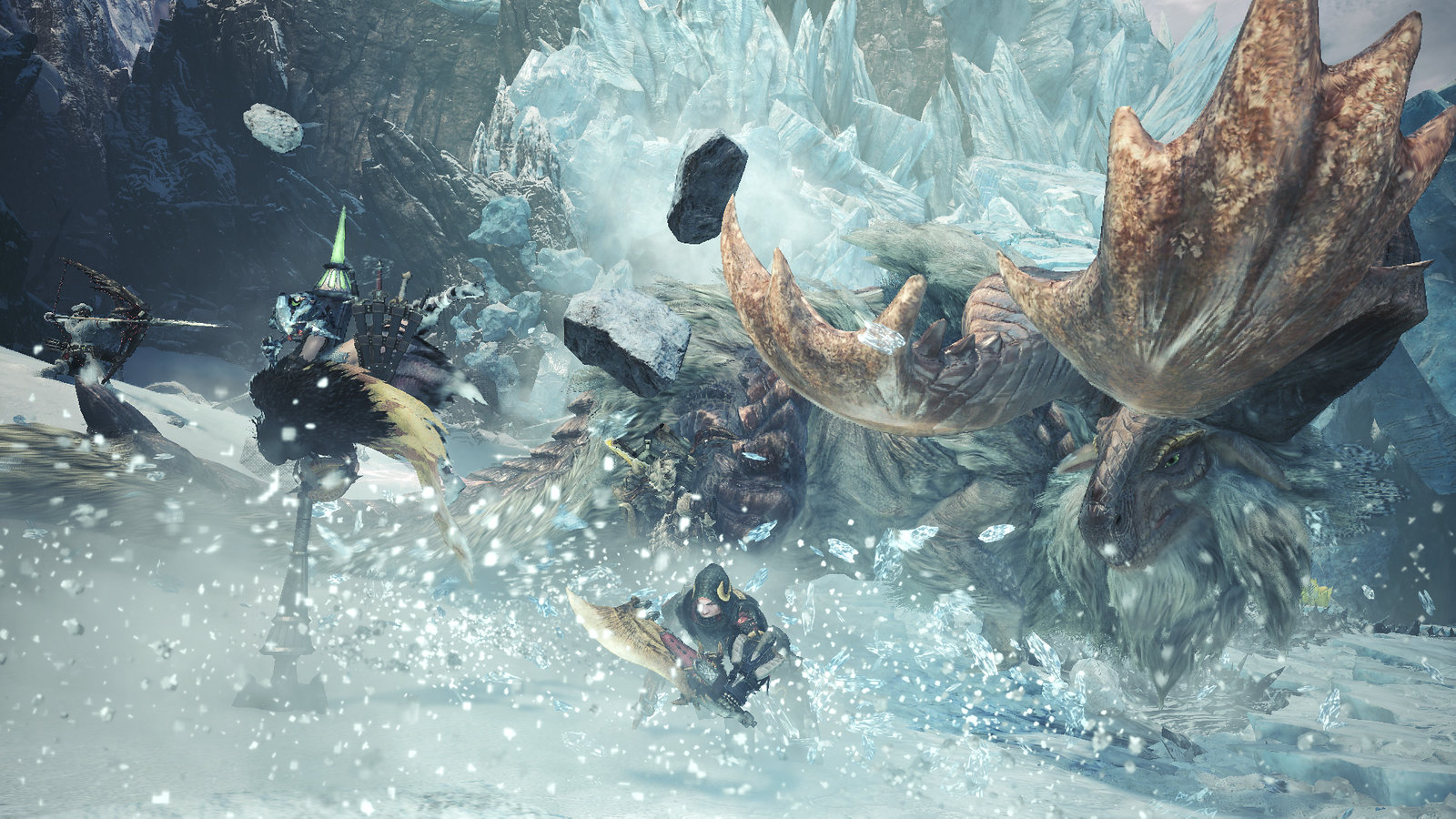 One of our goals with Monster Hunter is to provide a fun experience for as many people as possible, regardless of their experience level and group composition. So for this Beta we’re offering you a choice of three different quests. Plus, you’ll get to try out the dynamic difficulty setting that’s all new for the series. This adapts the difficulty whether you’re playing in one of three scenarios: solo, as a pair, or a group (3 to 4 players).

Our quests this time are:

Okay, so I covered a lot of stuff here… but don’t worry, it’s not everything. Part of the joy of gaming is to discover new things on your own, by going off the beaten path and good old trial & error. So go out there and explore everything you can while the Beta is live!