Today marks the incredible milestone of fifty years since three brave astronauts dared to leap, boarding Apollo 11 and leaving our atmosphere with the incredible ambition of being the first to walk on the Moon. Words cannot describe the courage that it must have taken and their mission took us all on an incredible journey, one which has shaped the world’s imagination, perhaps especially the games industry — to take players on breathtaking adventures.

Growing up with a grandfather who inspired us to look up to the stars, we were always spacemen. He designed incredible telescopes and would wake us up in the middle of the night to go stargazing. We had the bug from an early age… but video games have taken that imagination to a new level. The sci-fi genre within games goes back almost as far as videogames themselves. Star Wars: Dark Forces on the original PlayStation was an early favorite of ours but our more direct inspiration for Deliver Us The Moon have to be the games that truly allow you to be an astronaut — to explore new worlds and set foot on moons, planets and space stations. 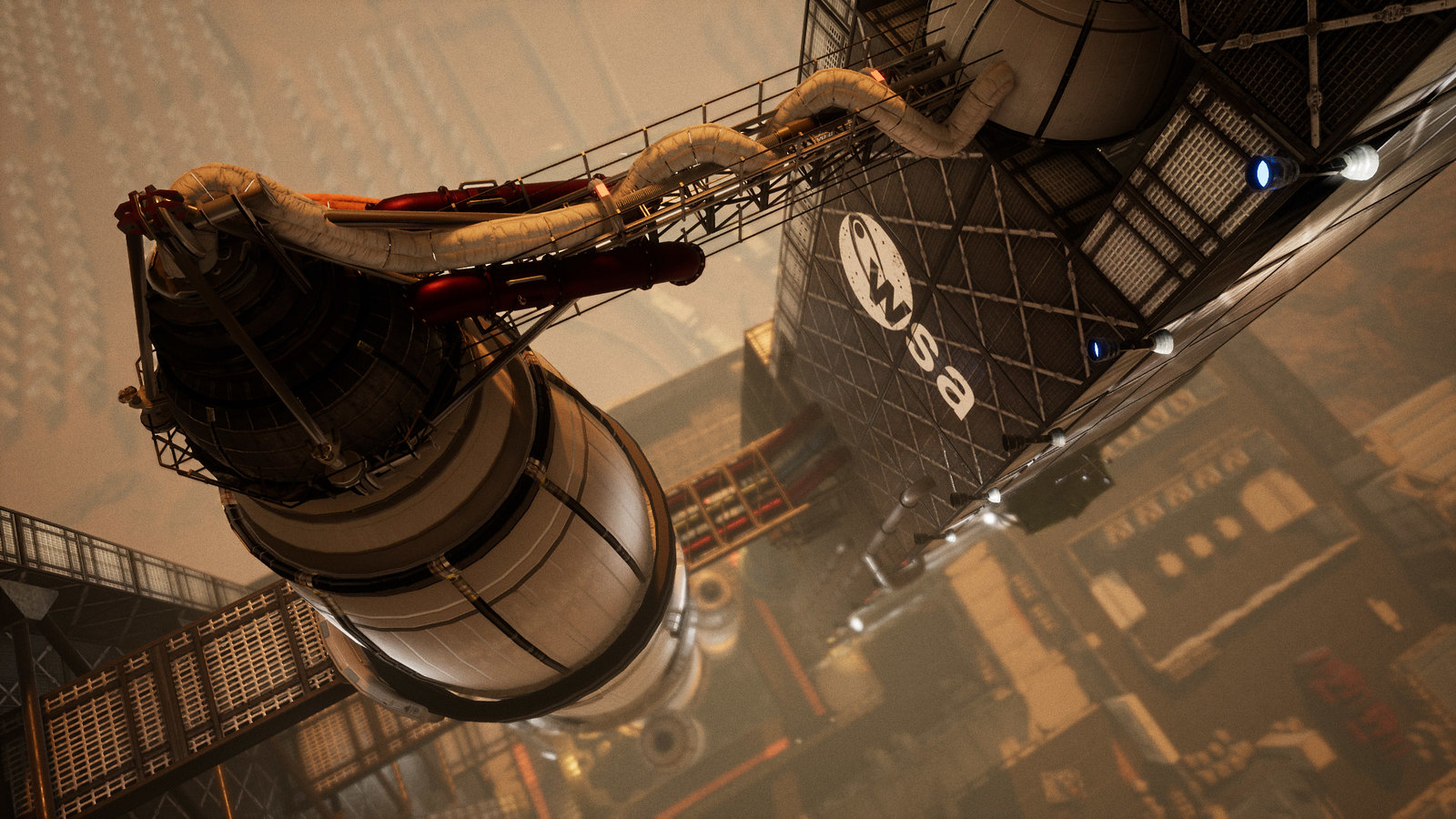 The Mass Effect series really set the bar in terms of sci-fi narrative, driving the player excitedly towards their epic conclusion. Dead Space was a big influence, too — the space suits themselves and the use of HUD within the game, along with what can only be described as a masterclass in the loneliness of space. There have been many sci-fi games that have pushed not only the hardware they were built for, but our minds to the limit in an incredible way, exploring the supernatural and forces unknown. For Deliver Us The Moon, we wanted to make a game that let you fly, but also kept your feet on the ground.

Mankind’s brave ventures into Space and reach for other worlds have given us a much greater understanding of our own. The Earth is changing, and in Deliver Us The Moon we tried to imagine what our planet might look like in another half-century – how mankind might come to depend on the stars, and on you.

So, what can you expect in terms of gameplay?

Will I get to launch a rocket? … Check.
Will I get to moon walk? … Check
Ooooh… How about a lunar rover? … CHECK.

You get to be an astronaut.

We wanted to pack the game full of experiences. From anti-gravity puzzles to an open lunar landscape to explore (complete with lunar monorail), there’s plenty to keep you feeling light while you take on your mission.

Deliver Us The Moon will launch on PS4 in the near future but while you wait, we would like to encourage everyone to enjoy the commemorations over the next few days; from the anniversary of the launch today, through to the moon landing on Saturday, July 20, and their landing back on Earth on July 24.

We would like to thank Michael, Neil, and Buzz for daring to leap and taking our imaginations on an incredible journey.