It feels like an entire decade ago that we had our heads down working on Yooka-Laylee. We were a fledgling studio comprised of industry veterans, and although we had over 100 of years of experience combined, we had to learn to work together wearing and sharing lots of new hats. We had to do a lot of things for the first time, setting up a company and doing loads of boring paperwork and tax stuff being the tip of the iceberg. We also had a massively successful Kickstarter campaign to handle, from signing thousands of manuals to mailing them out. We had one of the best character artists in the industry, Steve Mayles, personally licking every single stamp. 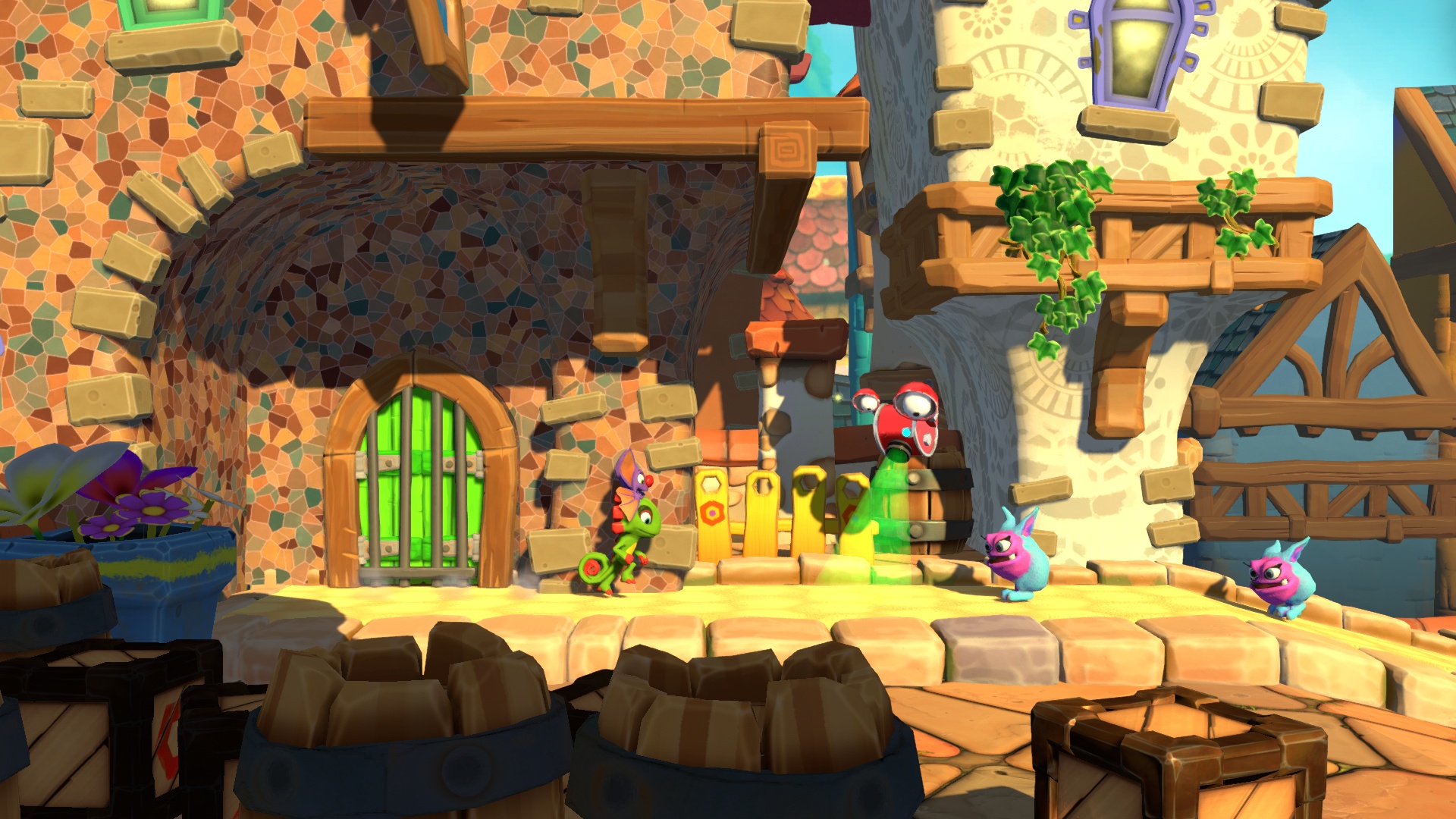 Since then, we’ve been quiet. Some might say suspiciously quiet. We’ve watched from the side-lines as speculations sprung up across all corners of the internet. I personally tried to allude to a match-3-battle-royale game in the works, we thought people would be well up for that – but nobody took the bait. 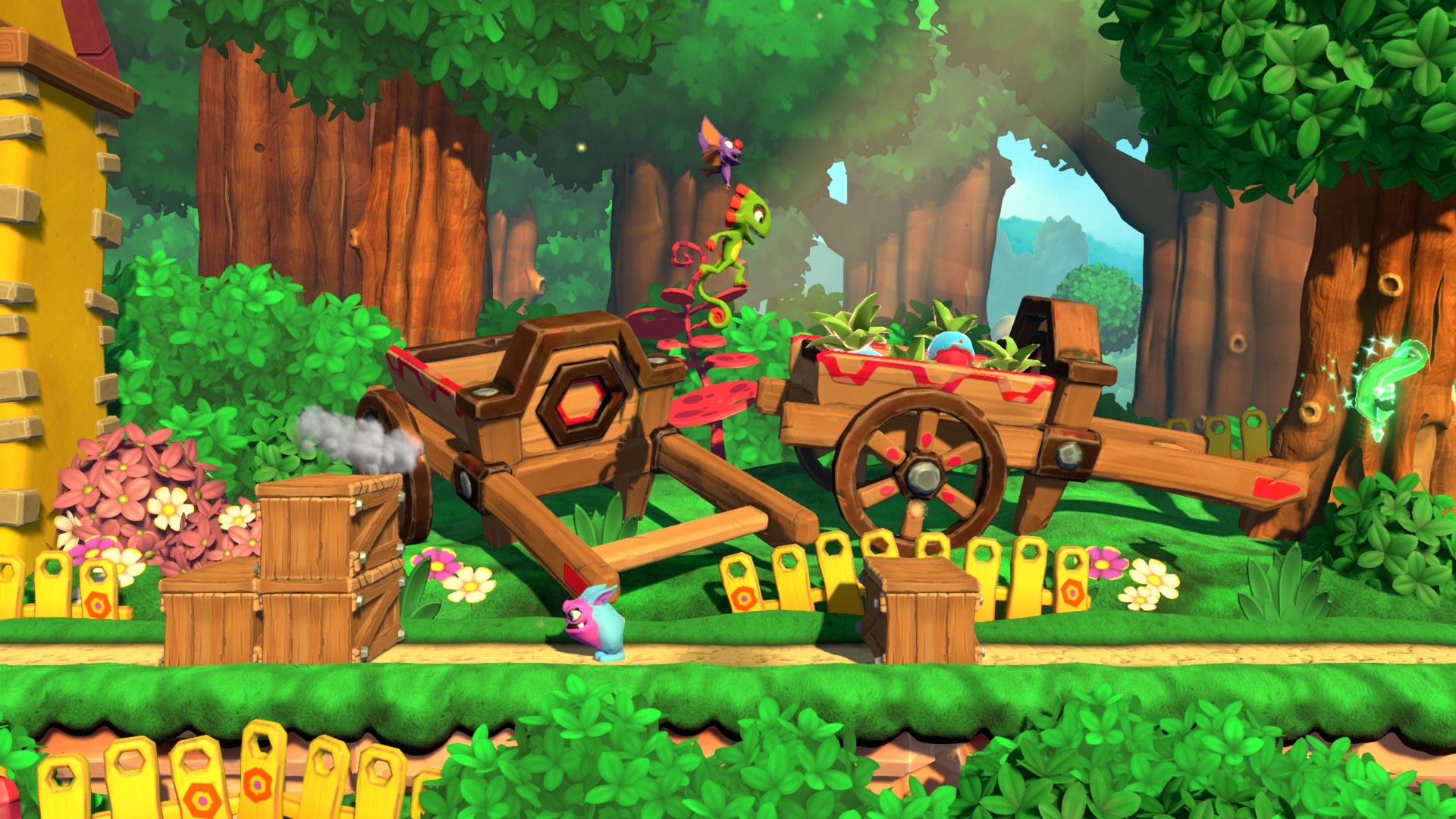 The reality was, we were working away on Yooka-Laylee and the Impossible Lair for the last two and a bit years. This time around, we were already established as a studio (we even have our own HR guy now, still patiently waiting for the first staff faux-pas), and thankfully our Publisher Team17 was willing to tolerate us again. We decided to part from the 3D platforming genre and apply our creativity to something fresh. It’s always been our mission to not get comfortable and seek out new ways to challenge ourselves and our oddball cast of characters, while continuing to apply our values and experience to our work for an undeniably homemade taste that fans will love. We want them to come back for seconds, and eagerly anticipate our next dish. 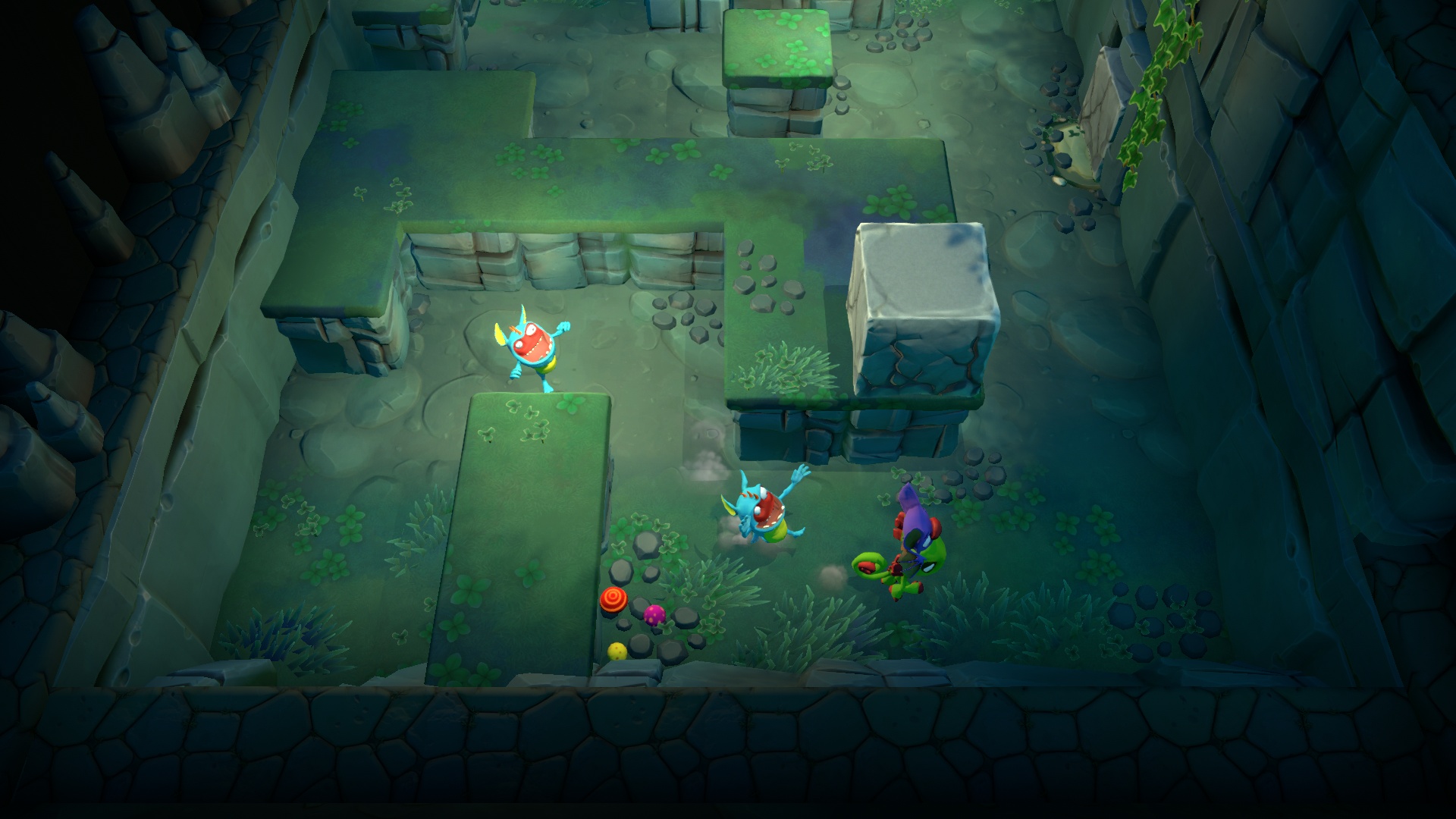 Our new game is a nice smash-mix between 2.5D platforming and top-down 3D puzzle adventuring. We’ve dubbed it a “2D-Platforming-Adventure-Hybrid” is what we’ve landed on, a bit of a mouthful, like a Welsh street sign. The genre mix opened the flood gates for some wild creativity and throwing the rule book out the window (much to the disdain of Mr HR). We wanted to ensure our beloved lizard and bat weren’t in for an easy ride, or going to be restricted to pre-set points on a path to the end. No way! They had to take on all the adventurous challenges, twists and turns we could throw at them. Plus, it gave Trowzer a new business venture worth his while too – everybody’s “favourite” serpent salesman has returned with deals players literally can’t refuse. 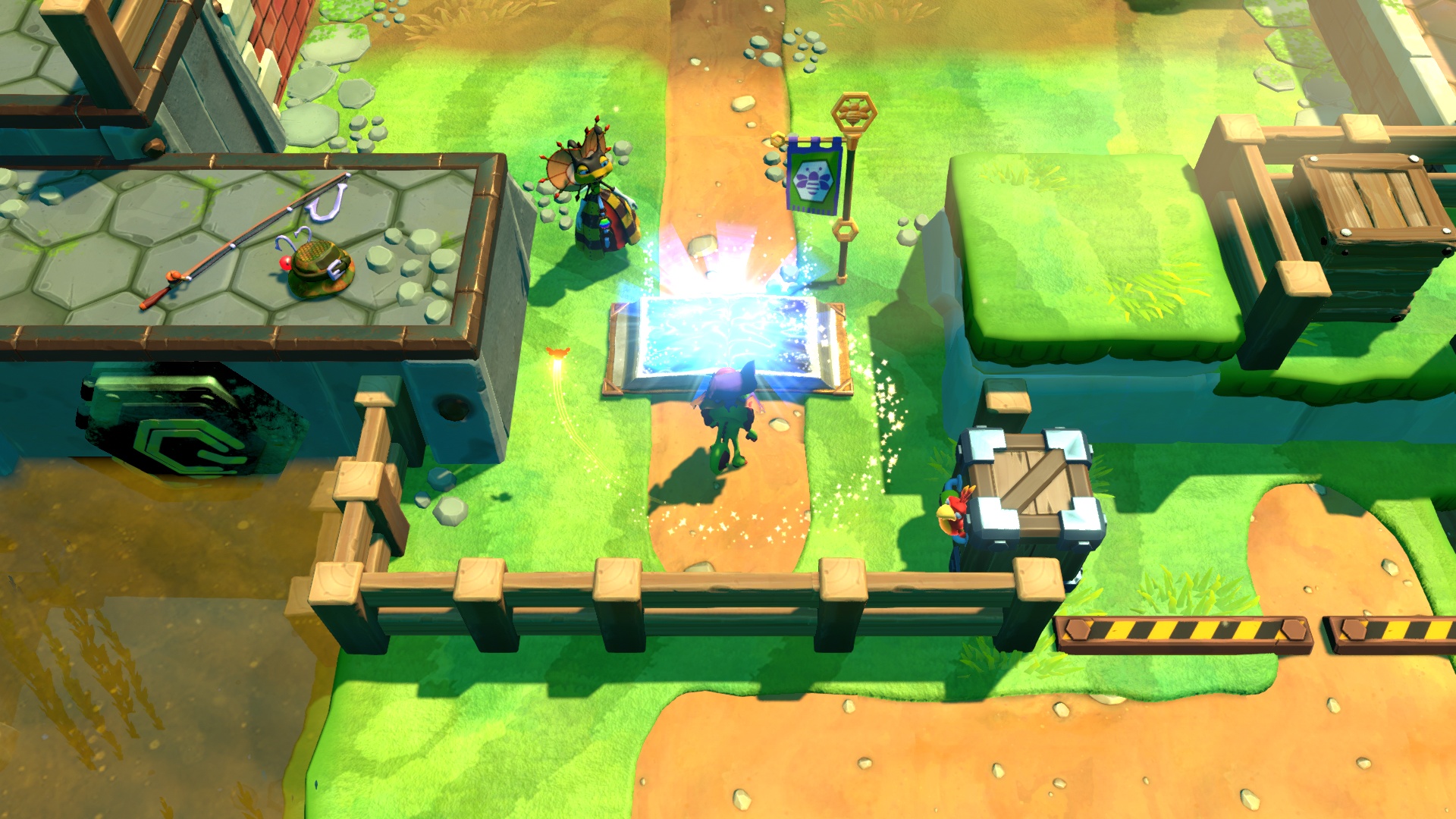 The aim with Yooka-Laylee and the Impossible Lair was always to give players an experience that challenges and excites them in a variety of ways. One moment you’re tackling a 2D level with vigour, the next you are quietly solving a puzzle in the 3D Overworld (the rewards for which, are significant, but I can’t go into that right now, PR will ‘ave me). We had so many ideas and cool mechanics that we wanted to implement into this project, so at the outset we weren’t entirely sure if it would all fit together in a suitable medley… 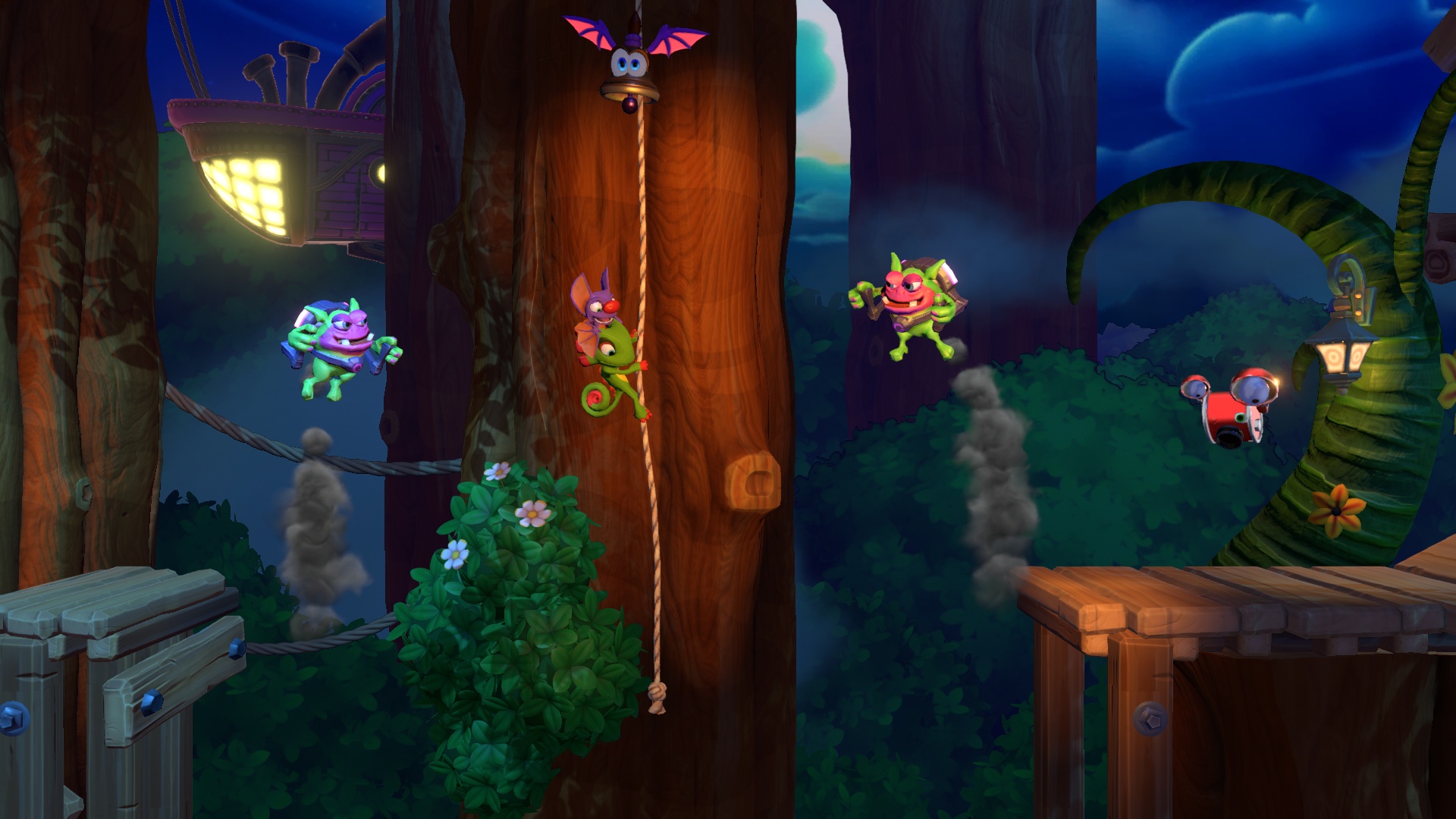 But we reckon it does and we’re dead proud of Yooka and Laylee’s next adventure. We’re very excited to get the game into player’s hands and we will be keeping a googly eye on the internet to see who will be the first to beat the Impossible Lair*.

*It is technically possible, please don’t sue us.