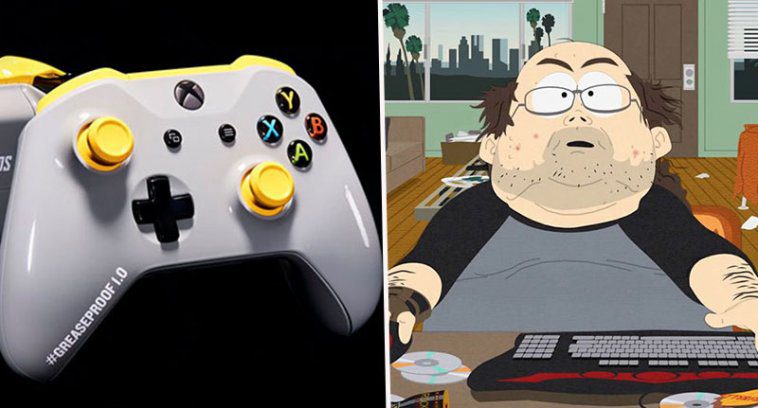 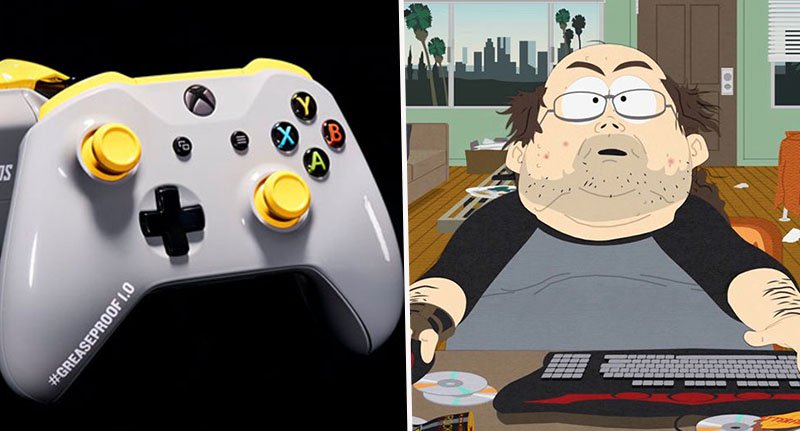 In a slightly weird but probably ingenious move, Xbox have announced they have created a greaseproof controller.

You know how it is, you’re hunched round the console feverishly playing away with your mates, your palms sweaty, mom’s spaghetti, and suddenly you’re losing your grip. Your reactions aren’t as quick as they used to be and your fingers feel restricted by a strange lubrication that rather than making them go faster is hindering them instead.

Your nerves are getting the better of you. Not daring to look away from the screen, you wipe your forehead in a bid to spot a clue as to what’s going on down there.

And that’s when you smell it, the grease, The dripping, oozing grease from those delicious chicken wings slathered in hot sauce, the remnants of which lie desecrated in a bucket in the corner of your room.

The substance only seems to be spreading, it has infiltrated your controller and slowly the buttons are seizing up. Your on-screen avatar is glitching and all energy is being sapped away under the disgusting weight of inexplicable, horrific grease.

Well fear not intrepid gamer, your cries of anguish have been heard by the Xbox gods, and they have provided.

So leave those napkins where they are, don’t worry about the mess of wings at your feet or the delicious, orange Wotsit/Cheetos dust caking your fingers, Xbox have you covered.

To celebrate the full release of PlayerUnknown’s Battlegrounds on Xbox One, the team have created a limited edition, greaseproof controller.

The controller is in reference to the message PUBG players see when they win a match – winner winner chicken dinner.

As the creators, Xbox Australia, say:

It’s time to say goodbye to the greasy fingers of yesterday and hello to the sweet victory of tomorrow: no longer will chicken dinners slip through a player’s fingers, as Xbox Australia has created the limited edition PLAYERUNKNOWN’S BATTLEGROUNDS Greaseproof Controller!

Created to celebrate the graduation of the game from Xbox Game Preview to full release (out now) and as a nod to the fan favourite “WINNER WINNER CHICKEN DINNER!” phrase, the controller features a patented coating that is resistant to chicken grease – assisting players in their fight for elusive, yet tasty, chicken dinner victories.

The controller is coated with a layer of urethane, which is applied by hand, so it’s not just greaseproof but also resistant to scratches and water. It’s also in custom PUBG colours.

If you want to get your slippery hands on one of these suckers you’ll have to be quick, as there are only a few up for grabs over at their Facebook page.

Of course, if you don’t get your clammy hands on one, I’m sure there alternatives: cling film around the controller, bags of climbing chalk, fresh air…

Greasy fingers crossed, however, that the innovative controllers become more widely available in the near future.