World of Warships: Legends is One Year Strong on Xbox One | Blogdot.tv

World of Warships: Legends is celebrating its first mini-anniversary by bringing players rows of content for any kind of captain. First there are the celebration activities where players are bound to get a whole lot of stuff for playing as many ships as they want, then there are the two new campaigns, for a Russian battleship commander and a Russian collectible cruiser, respectively. To add to that, players will have another go at ranked battles with 2 new sprint-sized seasons, one of them with tier VI warships. And finally, the quality of life improvements and features that came straight from the player feedback are also here.

Celebrate one year since the early access of World of Warships: Legends by participating in One Year Strong activities! These include a time-limited win bonus for a good portion of the game’s fleet as well as a dedicated mission to get a unique One Year Strong patch!

Break in the new Russian battleships with their brawling might and high risk – high reward gameplay! On April 13 a new fleet of red machines will enter the Legendary waters and do so loudly! Gangut, Pyotr Velikiy, Sinop and Izmail will be available through early access. These beasts feel the most at home in medium to close range situations, showing best accuracy at around 10 kilometers, but angling is vital, as their citadels sit relatively high.

Meanwhile the whole branch of Russian destroyers, with the pinnacle Tashkent is available for research. If you prefer rangy and speedy gunboats and are willing to sacrifice some maneuverability, these ships might just suit you!

But it doesn’t end there, 2 new shorter campaigns are inbound! “To Tame a Dreadnought” will offer three weeks of trials resulting in Mikhail Kedrov joining your squad. Kedrov, incidentally was the historic commander of the Russian dreadnought Gangut, and he will lend his expertise to your new Russian battleships! What’s of particular interest in this campaign, is how the weekly tasks will stay for the duration of the event, so the more “The Heroic Oleg” is a two-week campaign that will lead you to the Russian protected cruiser Oleg, a well-oiled war machine, that served as a stalwart defender in life. In Legends this warrior is situated at tier II and offers a very straight to the point game play in a truly handsome package, worthy of any collection.

While playing through the new campaigns, players will earn the “Imperial” currency, which can then spend in the Admiralty for various useful items.

Ranked battles make a return, this time captains are offered to compete in two seasons, with a week of reflection and preparation in between. Season 4 will take place of tier V ships and season 5, for the first time in Legends, will call the tier VI machines to battle. Both seasons are filled with rewards which include season-specific patches which can be only obtained during the respective events. Such goodies as boosters, camo and currencies will round up the rewards list.

World of Warships: Legends brings a few changes based on player feedback: the battle HUD can now be scaled for those who prefer their interface elements bigger. To add to that, captains can now take beauty shots of their steel monsters, thanks to the Photo mode in the port. Next, national voiceovers for every nation are added to the game, which means that no matter the game language, players can now listen to their commanders speak the language of their home ports. And finally, a humble Victory Day celebration is coming in the beginning of May. Look out for special missions and camouflage!

World of Warships: Legends has roared through its year one, so here’s to many more! 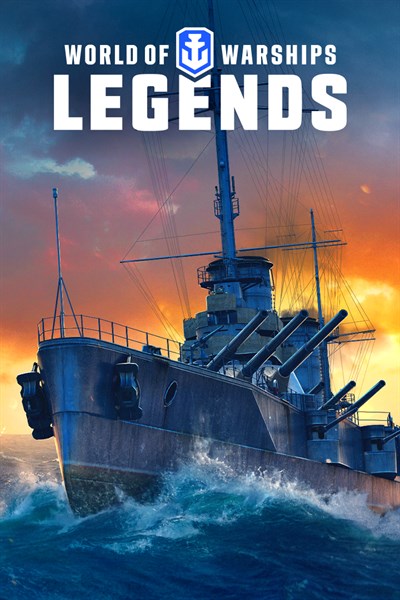 ☆☆☆☆☆ 279
★★★★★
Get it now
Experience epic naval action in World of Warships: Legends, a global multiplayer free-to-play online game where you can master the seas in history's greatest warships! Recruit legendary commanders, upgrade your vessels, and stake your claim to naval supremacy with or against players around the world. LIMITLESS CONTENT Helm dozens of warships from the 20th century's most powerful navies, set sail for glory across stunning oceanic vistas and soundscapes, and enjoy regular free updates. CHOOSE YOUR COMBAT STYLE Take control of destroyers, cruisers, or battleships to best suit your playstyle, from a guns blazing approach, to more careful and methodical attacks, and more. TURN THE TIDE IN EPIC 9 V 9 BATTLES Join forces with friends to challenge players around the world, and work together to devise strategies and plan attacks to outgun your opponents and turn the tide of battle.

Related:
Confront Rivals in Vigor – Season 3 on Xbox One
Come Hop Into Trove’s Bunfest on Xbox One
Forza Street Coming to iOS and Android May 5