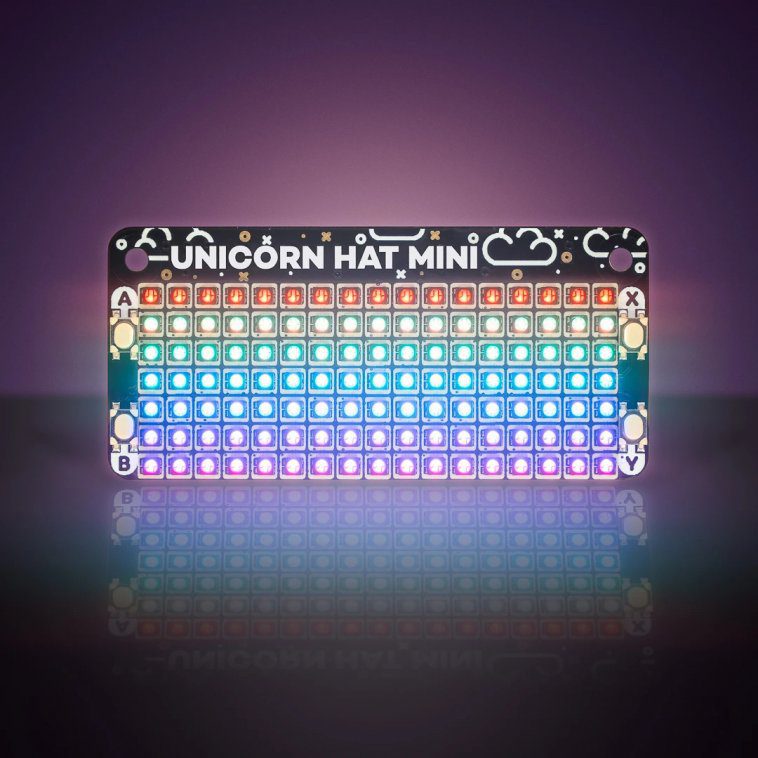 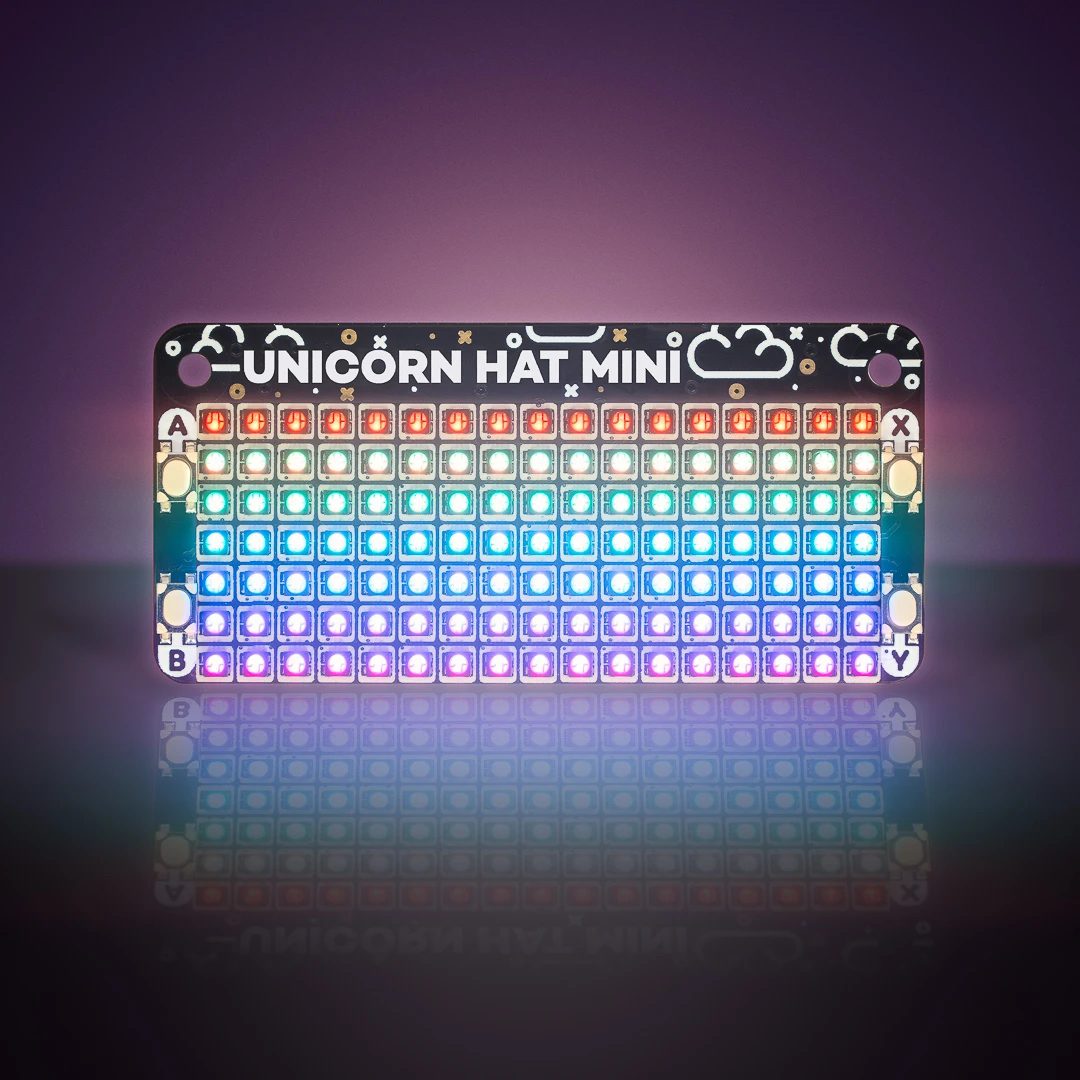 One slight downside is that – unlike the full‑size Unicorn HAT HD – it doesn’t come supplied with a translucent diffuser layer to fill out the gaps in the display between the small pixels. However, you could always make your own, even out of paper.

Four programmable push-buttons – two on either side of the matrix – feel satisfyingly springy and responsive, while their input can be read using the standard GPIO Zero library. Since the Unicorn HAT Mini uses different pixels and twin LED driver chips from the other Unicorn boards, examples and code written for those won’t run directly without a few tweaks to the code first.

Fortunately, Pimoroni has put together a special Python library for the Unicorn HAT Mini. Note that you’ll need to enable SPI manually (in Raspberry Pi Configuration > Interfaces ) to get it to work.

As well as enabling precise individual pixel control using RGB and brightness values, the library features eleven Python code examples to get you started. These include a nifty pixel shading demo, multicoloured scrolling text, and fun Simon and Columns to make use of the buttons. To give you an idea of how fast the matrix can be refreshed, an ‘fps’ example tries to do so as rapidly as possible while printing the frame rate to the Terminal – in our tests, it averaged an impressive 67fps.

Of course, you can always write your own code to do whatever you like with this versatile little board. Robin Newman has even managed to control its display using OSC messages from Sonic Pi.

A versatile mini RGB LED matrix with bright pixels, a fast refresh rate suitable for animations, and the bonus of four programmable push-buttons.