Celebrate All Things Red with This Custom Red Xbox One X
Our favorite color this month happens to be red, and today of all days, it’s easy to see why. To celebrate, Xbox is offering amazing deals on Xbox One, and kicking off a sweepstakes to win a red Xbox One X and more to make your gaming setup complete… Read more 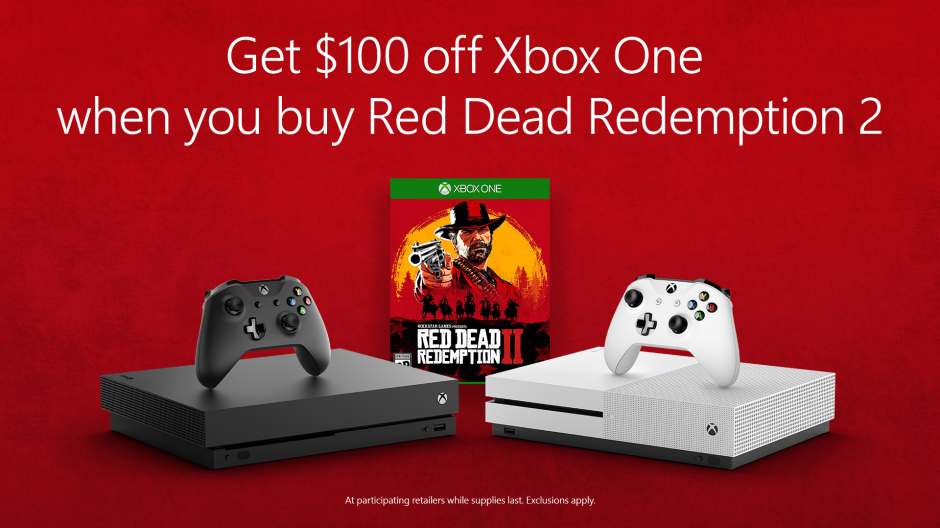 Celebrate the Launch of Red Dead Redemption 2 with $100 off Xbox One Consoles
Red Dead Redemption 2, an epic tale of life in America at the dawn of the modern age from the creators of Grand Theft Auto V and Red Dead Redemption, is now available across the Xbox One family of devices, including Xbox One X where gamers can experience the amazing old west in native 4K and High Dynamic Range (HDR). To celebrate, Xbox is offering an amazing deal in the U.S. and Canada on Xbox One consoles, available at participating retailers, including your local Microsoft… Read more 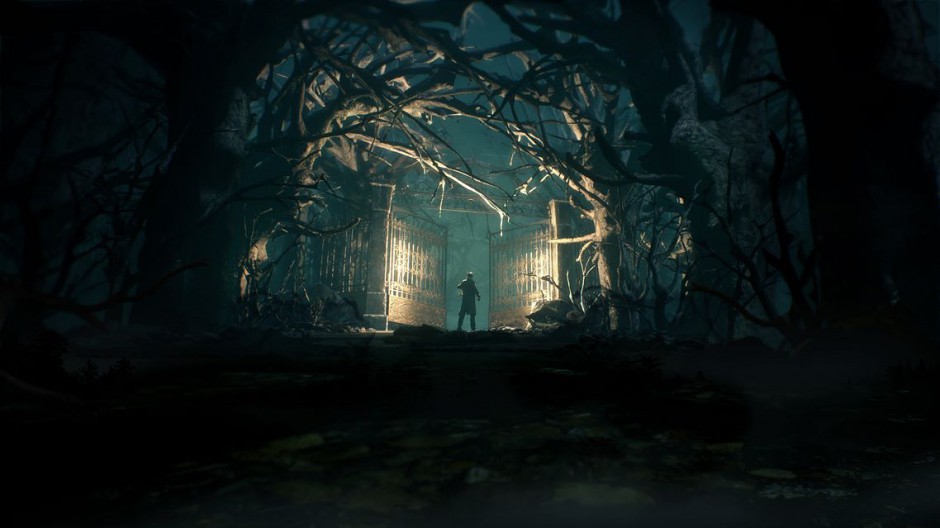 Next Week on Xbox: New Games for October 30 to November 2
Welcome to Next Week on Xbox, where we cover all the new games coming soon to Xbox One! Every week the team at Xbox aims to deliver quality gaming content for you to enjoy on your favorite gaming console. To find out what’s coming soon to Xbox One, read on below and click on each of the game profiles for pre-order details (dates are subject to… Read more

Mixer Builds Custom Golf Carts for Post Malone to Game and Stream at Posty Fest
Mixer is teaming up with multi-platinum recording artist Post Malone, to give him and fans the ultimate festival experience, Posty-style, at his inaugural music festival, Posty Fest. We’ll be serving looks in customized golf carts that are tricked out from top to bottom… Read more 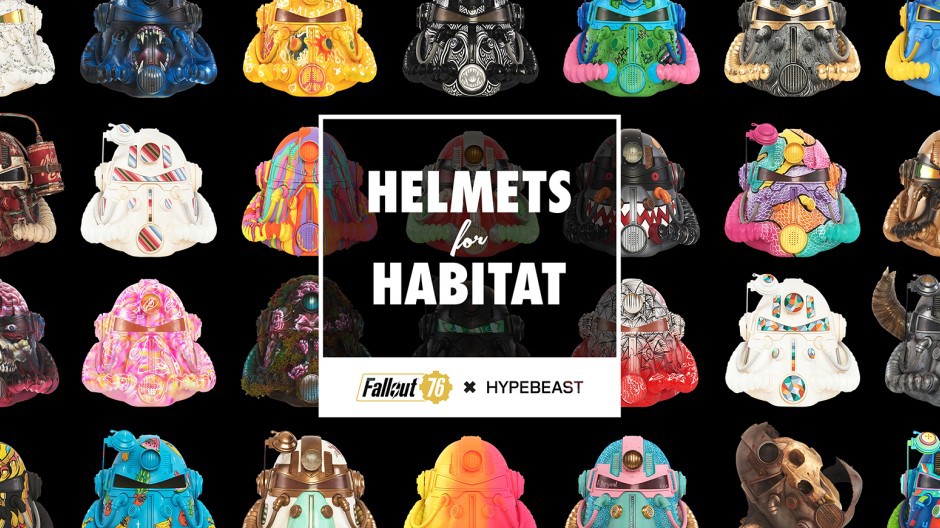 Xbox, Bethesda, and Hypemaker Partner on #HelmetsForHabitat
Xbox, in partnership with Bethesda and Hypemaker, the creative agency of Hypebeast, are teaming up to launch #HelmetsForHabitat: a charitable initiative to auction off a host of one-of-a-kind custom Fallout 76 power armor helmets. 40 renowned artists… Read more

Prepare to Die in Zombie Survival RPG Skyhill on Xbox One
Hey, Xbox community! It has been a long ride but I’m excited to announce that Skyhill is out now for Xbox One! Skyhill is a zombie survival RPG in an apocalyptic setting. However, don’t think that it’s just another survival game! Skyhill mixes RPG, point & click… Read more 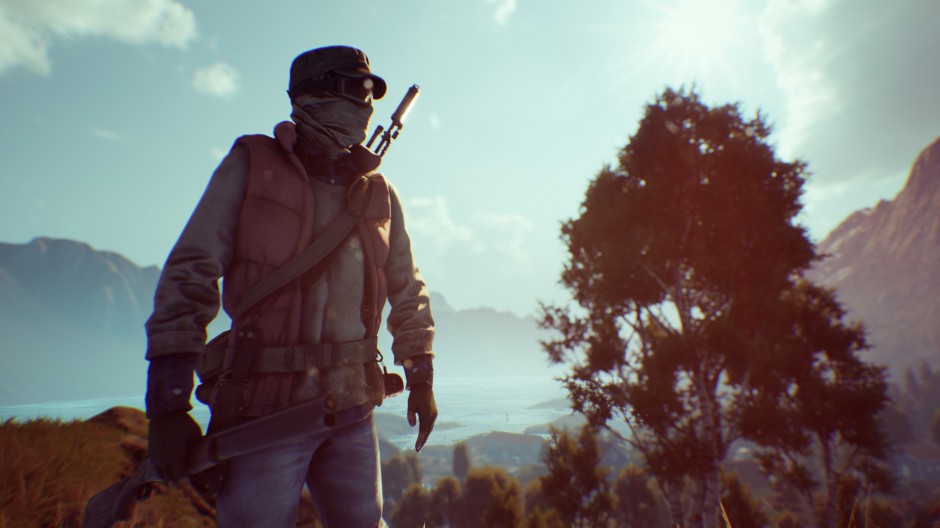 Announcing Vigor 0.6 Update: Ally for Xbox One
Vigor is a new and exciting experience for both us as developers and you as players on Xbox One. Cooperating with the playerbase on improving the game before (and after) its release is one of the key tools which allow us to make the game better… Read more

We’ve Got the Answers to Your Burning Fallout 76 B.E.T.A. Questions
With the launch of the highly anticipated Fallout 76 nearly upon us, the development team at Bethesda Game Studios has decided to open the doors to their vault early, in an effort to test their servers and squash some bugs of the non-radioactive variety… Read more

The Fortnitemares Event is Now Live in Fortnite on Xbox One
Fortnite Battle Royale Fortnitemares 2018 is here, and it features all manner of haunting happenings across Fortnite. During Fortnitemares, you’ll face off against Cube Monsters and experience battle royale in a whole new way. Wield new weapons… Read more

Every Xbox Bundle, Controller and Subscription Available this Holiday
This holiday season Xbox has something for everyone, including special edition Xbox One bundles that pair consoles with some of the hottest games available, new and customizable controllers and 4K entertainment experiences with the highly-anticipated blockbuster… Read more

War Thunder Launches as Free to Play Title on Xbox One with Combat Helicopters
Back in June we started paid access for War Thunder on Xbox One, and those initial three months were incredibly helpful in preparing the game for free-to-play release. Now War Thunder is available for free on the Microsoft Store and we prepared a huge content update… Read more

Jump in
Xbox fans might remember the phrase, ‘Jump in’ from years past, or as recently as June of this year at E3, when we reintroduced it to gamers around the world. And whether you’re Team Xbox for life, or new to the family, we’re excited to invite all gamers… Read more

Xbox Game Pass: Dead Island: Riptide DE, Outlast, and More Arrive in Time for Halloween
Halloween is one of our favorite holidays here at Xbox Game Pass, it’s all about having some gourd honest skele-fun. This year we’re creepin’ it real and as part of our 2Spooky for Halloween event, we’re adding a bonus four games to your Xbox Game Pass catalog today… Read more

The Journey of Fighting Game My Hero One’s Justice
Hello everyone! Allow me to take this opportunity to share my thoughts on and how excited I am about My Hero One’s Justice. First of all, to work on a game based on possibly one of the world’s biggest anime in recent memory. I am tremendously honored… Read more

Related:
The Journey of Fighting Game My Hero One’s Justice
Celebrate All Things Red with This Custom Red Xbox One X
Next Week on Xbox: New Games for October 30 to November 2