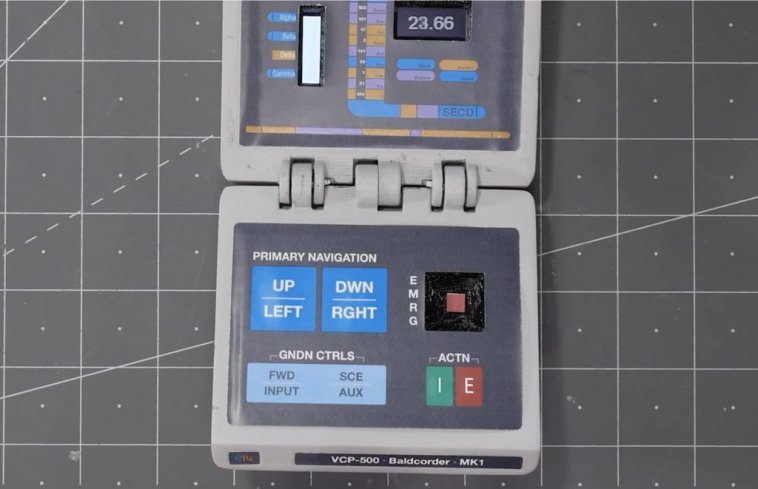 As part of element14’s Build Inside the Box Challenge, James Lewis (AKA Bald Engineer) decided to make his own DIY tricoder from Star Trek. In the series, a tricoder is a ubiquitous scanning tool that can perform various scans of the environment through its onboard sensors, as well as record and analyze them later — all in a handheld format. Lewis’ design incorporates a MKR Zero as the microcontroller, a phototransistor to detect light levels, and an analog temperature sensor to sense ambient temperatures.

The enclosure itself was based on a tricorder toy and recreated in Fusion 360. It features a hinge mechanism for easy opening and closing, as well as handling the wiring harness that connects both halves of the device. Once it was 3D-printed, Lewis moved onto the electronics.

A VL53L0X time of flight sensor was used to detect if the hinge was open, and thus if the OLED information screens should be turned on. Lewis utilized the SAM D21’s onboard capacitive touch controller to add four buttons onto his device for simple inputs. Finally, the DIY tricorder can play looped WAV files via its onboard SD card and DAC, along with an external op-amp and speaker circuit.

To read more about how the Bald Engineer created this fun project and view its associated schematics, code, and design files, be sure to check out its write-up here on element14’s website. You can also see the build log and demonstration below!