Head back to the Isolode and take on new challenges with the Moderately Extravagant Update! We’ve just launched our fifth monthly update for The Anacrusis, which comes with our first pair of modder-created campaigns, a first look at our new weapon modification system, two new Holdout maps, and a whole lot of smaller quality of life improvements and bug fixes. To celebrate, we’re giving everyone gun charms and sunglasses and rolling out our first discount for the game.

We took the feedback from players since we launched in January and have made thousands of changes based on what you said. With the Moderately Extravagant Update, we can promise that you’ll see stuff you’ve never seen in a co-op shooter before, from pocket black hole grenades to a gun that stops time when you shoot an enemy.

Thanks to player feedback from Xbox Insiders and playtest sessions, we’ve addressed a long list of player requests including dramatically improved performance on all Xbox consoles, revamping the controller input to make it feel more responsive, reworking the default gamepad configuration, tuning down the brightness on the Flasher, encouraging new players to enable voice comms, adding robust in-game guides to help new players get started in the game more quickly, adding a more capable in-game emote and ping system, enabling private servers and offline solo options, adding a second difficulty level, and a whole lot more. (You can see the complete list of changes at our site.)

That’s the Moderately Extravagant Update! After you take The Anacrusis for a spin, we’d love to know what you think! Please join our Discord and let us know what you love, what you hate, and what you wish we were doing that we aren’t! 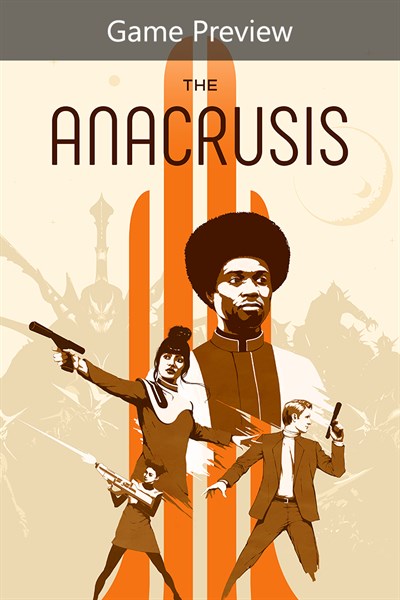