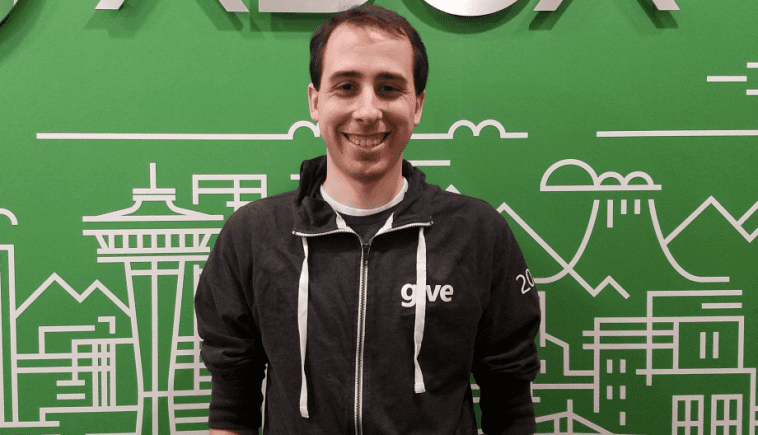 Hi Steve! We’re super excited to chat with you about your role. Could you start by giving our Xbox Insiders a quick overview of what you do at Microsoft?

Definitely! I started at Microsoft just shy of 7 years ago and am currently a Senior Program Manager for Xbox Console Experiences.  Lately I’ve worked on a lot of things around Home and My Games & Apps. However, I’ve touched most parts of the console having been with Xbox for a while now. Mostly I spend my time working with a team of developers, designers, and other Xbox teams like Mixer to plan feature roadmaps.

I’ve worked with you before on Xbox Insider Quests and Surveys, and it’s always been a lovely experience. Would you mind talking a bit about the value of user feedback and how information Xbox Insiders have provided has helped you in the past?

Most of the people I work with are Xbox and PC gamers just like everyone reading this, which means we all come with our own preferences and feelings of what we think is the next problem we should tackle.  But when we sit down on the couch in the evening to play games, we have to be careful not to focus too much on what we personally think needs to be taken on next.

The quests and surveys we send out get paired with info we pick up from Reddit threads, tweets, bugs, and more, to get a better picture of the whole community and not just what we see ourselves. When we rolled out a feature like Groups, we all thought we knew how we’d want to use them, but quickly saw that our limits on Group size and number of total Groups might not be enough based on what the community was creating and asking for. We even sent out a survey just for the behavior of Groups in Guide since we saw a lot of back and forth online for that as well. The more responses we get the better the final feature can be.

On a similar note, let’s chat about another project you’ve been working with my team on: the My Games & Apps Idea Drive. What made you choose to launch an Idea Drive for this topic?

My Games & Apps is an area where everyone has their own personal setup, which can make it challenging to capture every use case to ensure an optimal experience for all gamers. We knew from previous surveys and UserVoice topics around My Games & Apps that an Idea Drive is a great place to get ideas out in the open and let people have free discussion on a variety of topics. There is no right or wrong when it comes to new ideas. Some we have thought of before and the Idea Drive gives good affirmation that we are on the right track, but others that come up are not on our radar because we use My Games & Apps in a different way than some users, so it’s valuable for us to gain this additional feedback.

We’ve been gathering ideas for several months now, and just last month, a new Uninstall feature was announced on the Wire. Was this influenced by user feedback on Xbox Ideas? If so, could you walk us through gathering that feedback and using it to shape the direction of the implemented feature?

The new drive manager is a great case where our internal plans came together with feedback from the Idea Drive to push a feature one step further.  From the feature team’s side, we know that having enough space to store the games people want to play is important for gamers. We also see a lot of users branching out and playing titles through services like Xbox Game Pass that they might not have played before. This means there is a lot of space management going on in My Games & Apps that we knew we could make better by helping suggest titles to uninstall when people needed to make room for a new game.

However, when the Idea Drive voting began, the bulk uninstall feature quickly jumped into the top five or so ideas and stayed there until the drive was closed.  Since we were already looking at a multi-select for the suggested titles, we knew we could expand the page to allow users not just to access it when their drive was full, but also to use it as a bulk management tool. This combination of internal and external feedback means we are putting out a starting point for a feature that feels really solid. But as always, let us know where it can get better!

OK, we usually try to ask our guests some more casual questions around this time. What game(s) are you playing right now – anything our readers absolutely shouldn’t miss?

Right now I am playing pretty much anything that lets me play together with a group of friends at the same time. Probably unsurprisingly Apex Legends is taking up a lot of my free time, while looter shooters like Destiny 2 and Anthem also fill in some. I can’t recommend Sea of Thieves enough for when you have a streak of rough Apex drops in a row and need a little bit of time to unwind and goof around on a pirate ship.

And when did you first start playing Xbox games? Did that start when you joined Team Xbox or have you owned an Xbox console for a while now?

I’ve been playing on Xbox for more than a decade now, probably since the first Halo came out. I had to play on a friend’s Xbox since as a kid you couldn’t own multiple consoles with just an allowance. The first Xbox I could afford was a 360 that I bought so I could attempt Halo LASO runs and vidmaster achievements with friends in college.  It was surreal coming to Microsoft to work on that same console, and then beyond through Xbox One launch, all the way to today.

Any advice for members of the Xbox community who are looking to join the Xbox industry professionally?

I think the most important thing to have if you want to work in Xbox is passion for the product and the people who use it.  I was not a Software Developer or Designer coming out of college, but instead have a degree in Mechanical Engineering.  Many people I work with have a similar story. What is most important, in my opinion, is that you have a vision for how to make gaming better for everyone and a willingness to work with others to get there.

Finally, our Xbox Insiders like to keep in touch, ask questions, etc. Any online spaces where they can look to keep up with you?

I’m actually not very active on social media; I do have a Twitter @StevenPHiggins, though I don’t think I’ve ever tweeted.  /r/XboxOne and /r/XboxInsiders are places I frequent, so posts there will probably catch my eye.