Hey Xbox Nation! I’m Ian Proulx, the creator of Splitgate and co-founder of 1047 Games. If you’ve heard of our game before, chances are it was around July or August, the start of our Open Beta. That’s when we were overwhelmed by the large number of new players wanting to play the game. Since then, we’ve gotten a good handle on the server situation and players have enjoyed a much more stable experience. But instead of rehashing the past, let’s talk about something I’m sure a lot of you are wondering about with Splitgate, the future!

Since arriving on console and receiving substantial funding for the 1047 Games studio, many people have asked, “What’s next for Splitgate?” I could tell you a list of features we want to add or that we’re in the process of rapidly growing the company, but first, let me show you what my vision for Splitgate has been since the start.

Many players have described Splitgate as being inspired by games like Halo and Portal. This is no accident! I grew up playing a lot of Halo 2 and Halo 3 and was completely captivated by their straightforward but sophisticated gameplay. Everything was up to you to succeed and the reward for grinding was that you got better as a player. Nothing got between you and the gameplay. This, combined with the movement mechanics of portals, makes up the DNA of Splitgate. In other words, the game embodies many of the things that make arena shooters so fun.

Splitgate being on the same platform that brought me Halo is quite surreal. However, the comparison between the two games has made many people wonder if we’re trying to be a replacement to Halo. This couldn’t be further from the truth, in fact as Halo fans ourselves, we’re quite excited for what Halo Infinite will bring to the arena shooter space! Splitgate always has been, and always will be, about bringing back what we loved about the FPS games of our childhoods. Players who have fragged out in the Splitgate arena have also discovered or re-discovered the simple fun of playing a straightforward, optimized game; something that has perhaps been forgotten by some.

But being influenced by the “glory days” of gaming doesn’t mean we can’t/shouldn’t continue to grow and innovate. We’re here for the long-haul which means we have a lot of exciting features coming down the pipeline. In fact, right now, we have our first ever holiday event update: Spookygate! Everything from the menus, to new skins, and to one of our maps, Stadium, have received the Halloween treatment. The event includes Halloween challenges that contain some community-submitted weapon skins that you can unlock until November 1 when Spookygate ends.

This update is just a taste of what you can expect from our young game studio in the future. Of course, we’ll be doing something this winter for the holiday season, but beyond that, Splitgate will be getting a lot of exciting features that Xbox players have been looking forward to for a while. One feature we’ve already started on is a map editor. Imagine playing a version of Karman Station with portal walls floating wayyy out there in space with a building you can snipe from. Or think of the simulation maps where every wall can be portaled on. We can’t wait to see what you all come up with when this feature finally releases!

Another highly anticipated feature has to be the Xbox Series X|S version Splitgate. We aren’t ready to share the exact details of what this version will bring, but if you’re familiar with other cross-generational titles, that should give you a good idea. By the way, if you are an Xbox Game Pass Ultimate member, you can still redeem the XTREME perk pack until November 30 as part of your Perks!

Also expect Splitgate to be introducing some lore in the future. We get comments all the time from players wondering about a story, lore, or a single-player mode of some kind. I can’t tell you how or when we’ll be revealing the universe of Splitgate yet, but it’s something we can’t wait to share with the world. All I’ll say for now is, stay tuned.

Oh yeah, and Splitgate is free! Go download it now and check out the Halloween update. The other developers and I play the game often, so be on the lookout for the “Developer” tag and feel free to give us a shout.

See you all in the arena! 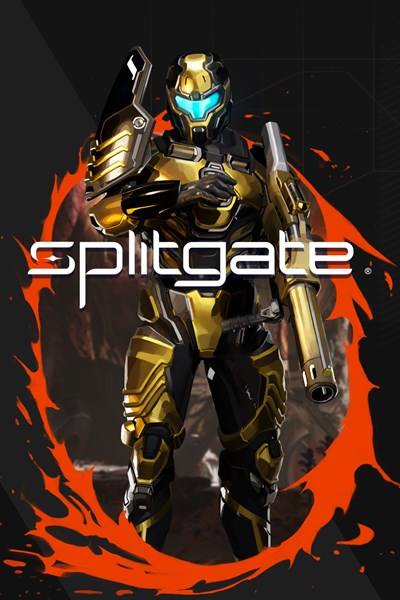 ☆☆☆☆☆ 826
★★★★★
Get it now
Splitgate is a free-to-play, fast-paced multiplayer shooter that features player-controlled portals. This sci-fi shooter takes the FPS genre to a new dimension with its portal mechanics, delivering high-flying, multi-dimensional combat. Evoking memories of the most revered shooters of the past two decades, Splitgate embraces the classic and familiar feel of close-quarters combat while adding a unique twist. IGN describes Splitgate as “Halo meets Portal.” Portal Combat: a New Kind of Shooter
Keep your head on a swivel and experience intense, traversal action as you fly, flank, and frag through the air using portal combat to constantly out-smart and out-maneuver your enemies. There’s nothing quite like landing a no-scope headshot from behind after portalling circles around a confused enemy, who still thinks you are standing in front of him! Comprehensive, Feature-Filled Multiplayer Experience for FREE
Along with grindable challenges, dozens of customizable characters, a competitive leaderboard and ranking system, and over 15 casual and competitive game modes, Splitgate offers more than 20 maps, each with its own unique setting and play style. The maps include a research facility inside an active volcano, an underwater luxury hotel, an alien crash site, and much more. Each map has its own look and feel and plays differently, rewarding players for adapting their tactics in the fast-paced, portal combat that only Splitgate offers. And it’s FREE. Party Up with Your Friends Across Multiple Platforms
Cross-play functionality lets you play with or against your friends across multiple consoles and PCs. Standard FPS controls and intuitive portal mechanics mean beginners are up and running right off the bat, and with competitive and casual modes, you can party up with friends of any skill level. You can even create a custom lobby with modifiers to play any way you like. We highly recommend Big-Head Mode with low gravity and unlimited ammo!