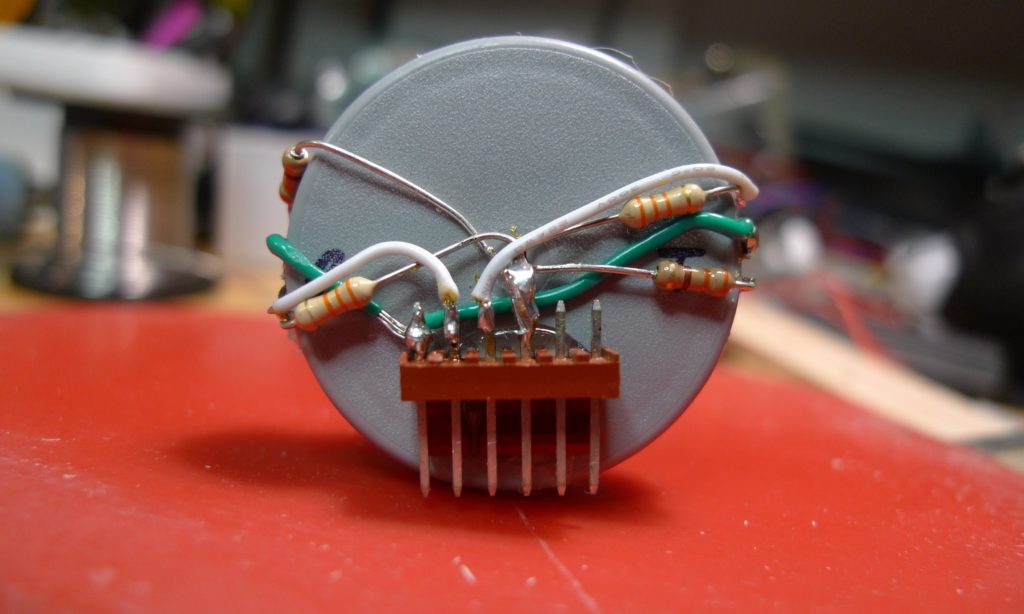 Those that need a text entry method other than a traditional keyboard and mouse often use a method where a character is selected, then input using a sip or puff of air from the user’s mouth. Naturally this is less than ideal, and one alternative interface shown here is to instead use sip/puff air currents to indicate the dots and dashes of Morse code.

The system—which can be seen in action in the video below—uses a modified film container, along with a pair of infrared emitters and detectors to sense air movement. The device was prototyped on an Arduino Mega, and its creators hope to eventually use a Leonardo for direct computer input.

A tube connected to a custom made bipolar pressure switch drives an Arduino which translates puffing and sucking into Morse code and then into text.

Code for this open source project can be found on GitHub.