Showdown at Fort Truth in Rainbow Six Siege on Xbox One | Blogdot.tv

Rainbow Six Siege is heading out west for Showdown, a special limited-time event on Xbox One. Available now until July 16, Showdown introduces a new 3v3 mode that pits the attacking team, The Law, against the defending team, The Graveltop Gang, in a shootout at Fort Truth, a new map designed specifically for this event. Showdown matches are a best-of-three-rounds competition, with no preparation phase and a 90-second timer on each round. Matches are quick and deadly, so keep those trigger fingers ready. Ten Operators are playable in Showdown, all sporting spiffy new uniforms, headgear, and weapon skins:

Showdown boils Siege down to pure gunplay. Operators don’t have access to their gadgets, and they all use the same weapons: a BOSG.12.2 shotgun and a Magnum LFP586 revolver. With a limited HUD that hides your crosshairs, health, and ammo you might find yourself wondering exactly how many bullets you have left in your revolver once the lead starts flying. 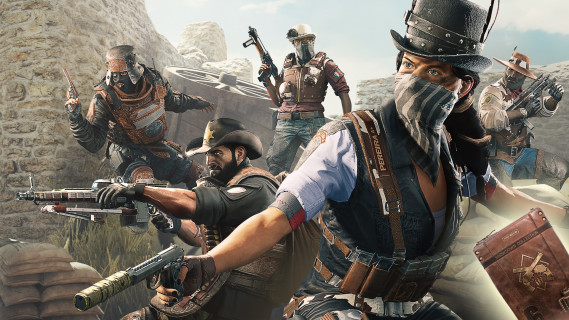 Log in to Siege now to see if you have what it takes to survive a good ol’-fashioned shootout, and claim your free Showdown Collection pack before the event ends on July 16.