Raspberry Crusoe: how a Pi got lost at sea | Blogdot.tv

The tale of the little HAB that could and its three-month journey from Portslade Aldridge Community Academy in the UK to the coast of Denmark.

Some of you may be familiar with Raspberry Pi being used as the flight computer, or tracker, of high-altitude balloon (HAB) payloads. For those who aren’t, high-altitude ballooning is a relatively simple activity (at least in principle) where a tracker is attached to a large weather balloon which is then released into the atmosphere. While the HAB ascends, the tracker takes pictures and data readings the whole time. Eventually (around 30km up) the balloon bursts, leaving the payload free to descend and be recovered. For a better explanation, I’m handing over to the students of UTC Oxfordshire:

Pi in the Sky | UTC Oxfordshire

On Tuesday 2nd May, students launched a Raspberry Pi computer 35,000 metres into the stratosphere as part of an Employer-Led project at UTC Oxfordshire, set by the Raspberry Pi Foundation. The project involved engineering, scientific and communication/publicity skills being developed to create the payload and code to interpret experiments set by the science team.

Over the past few years, we’ve seen schools and their students explore the possibilities that high-altitude ballooning offers, and back in 2015 and 2016 we ran Skycademy. The programme was simple enough: get a bunch of educators together in the same space, show them how to launch a balloon flight, and then send them back to their students to try and repeat what they’ve learned. Since the first Skycademy event, a number of participants have carried out launches, and we are extremely proud of each and every one of them.

The case of the vanishing PACA HAB

Not every launch has been a 100% success though. There are many things that can and do go wrong during HAB flights, and watching each launch from the comfort of our office can be a nerve-wracking experience. We had such an experience back in July 2017, during the launch performed by Skycademy graduate and Raspberry Pi Certified Educator Dave Hartley and his students from Portslade Aldridge Community Academy (PACA).

Dave and his team had been working on their payload for some time, and were awaiting suitable weather conditions. Early one Wednesday in July, everything aligned: they had a narrow window of good weather and so set their launch plan in motion. Soon they had assembled the payload in the school grounds and all was ready for the launch.

Just before 11:00, they’d completed their final checks and released their payload into the atmosphere. Over the course of 64 minutes, the HAB steadily rose to an altitude of 25647m, where it captured some amazing pictures before the balloon burst and a rapid descent began. 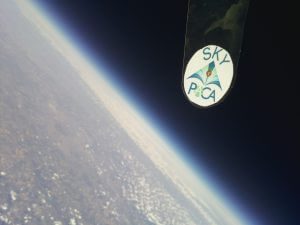 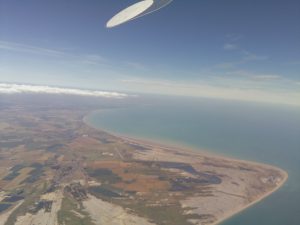 Soon after the payload began to descend, the team noticed something worrying: their predicted descent path took the payload dangerously far south — it was threatening to land in the sea. As the payload continued to lose altitude, their calculated results kept shifting, alternately predicting a landing on the ground or out to sea. Eventually it became clear that the payload would narrowly overshoot the land, and it finally landed about 2 km out to sea.

The path of the balloon

It’s not uncommon for a HAB payload to get lost. There are many ways this can happen, particularly in a narrow country with a prevailing easterly wind like the UK. Payloads can get lost at sea, land somewhere inaccessible, or simply run out of power before they are located and retrieved. So normally, this would be the end of the story for the PACA students — even if the team had had a speedboat to hand, their payload was surely lost for good.

A message from Denmark

However, this is not the end of our story! A couple of months later, I arrived at work and saw this tweet from a colleague:

Anyone lost a Raspberry Pi HAB? Someone found this one on a beach in south western Denmark yesterday #UKHAS https://t.co/7lBzFiemgr

Good Samaritan Henning Hansen had found a Raspberry Pi washed up on a remote beach in Denmark! While walking a stretch of coast to collect plastic debris for an environmental monitoring project, he came across something unusual near the shore at 55°04’53.0″N and 8°38’46.9″E. 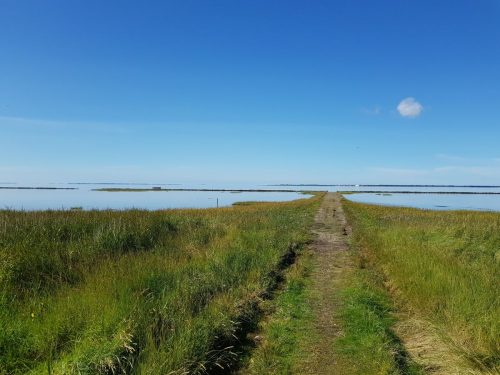 This of course piqued my interest, and we began to investigate the image he had shared on Facebook. 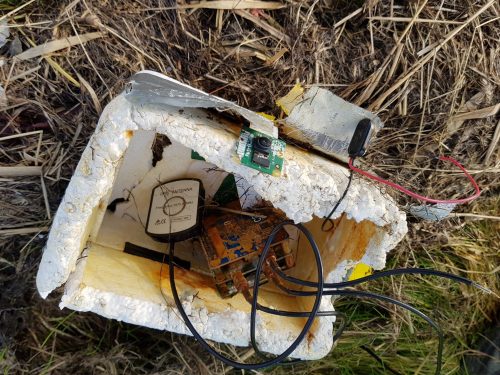 Inspecting the photo closely, we noticed a small asset label — the kind of label that, over a year earlier, we’d stuck to each and every bit of Skycademy field kit. We excitedly claimed the kit on behalf of Dave and his students, and contacted Henning to arrange the recovery of the payload. He told us it must have been carried ashore with the tide some time between 21 and 27 September, and probably on 21 September, since that day had the highest tide over the period. This meant the payload must have spent over two months at sea!

From the photo we could tell that the Raspberry Pi had suffered significant corrosion, having been exposed to salt water for so long, and so we felt pessimistic about the chances that there would be any recoverable data on it. However, Henning said that he’d been able to read some files from the FAT partition of the SD card, so all hope was not lost.

After a few weeks and a number of complications around dispatch and delivery (thank you, Henning, for your infinite patience!), Helen collected the HAB from a local Post Office. 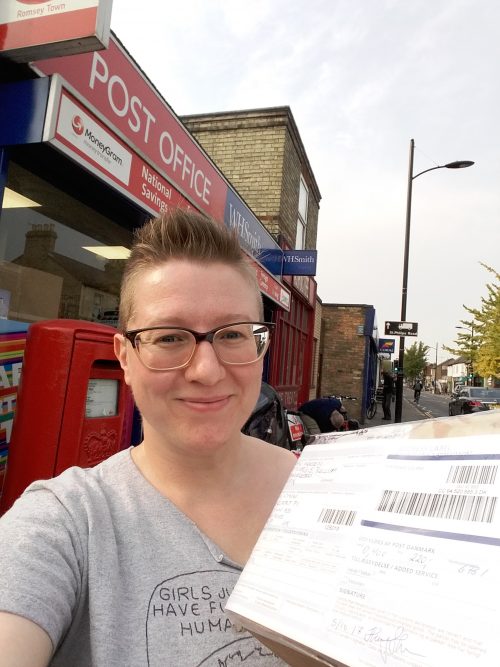 We set about trying to read the data from the SD card, and eventually became disheartened: despite several attempts, we were unable to read its contents.

In a last-ditch effort, we gave the SD card to Jonathan, one of our engineers, who initially laughed at the prospect of recovering any data from it. But ten minutes later, he returned with news of success! 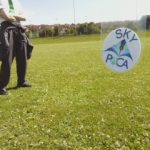 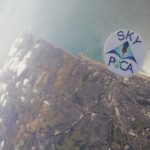 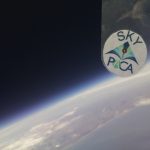 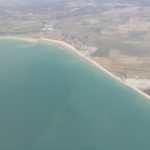 Since then, we’ve been able to reunite the payload with the PACA launch team, and the students sent us the perfect message to end this story: 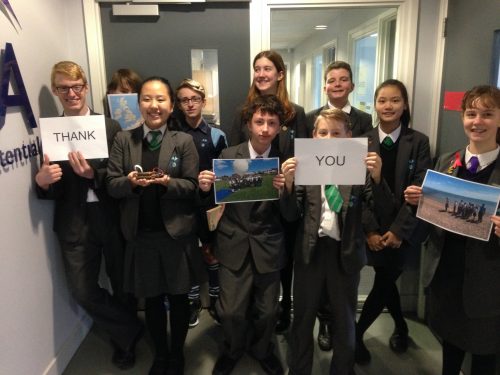