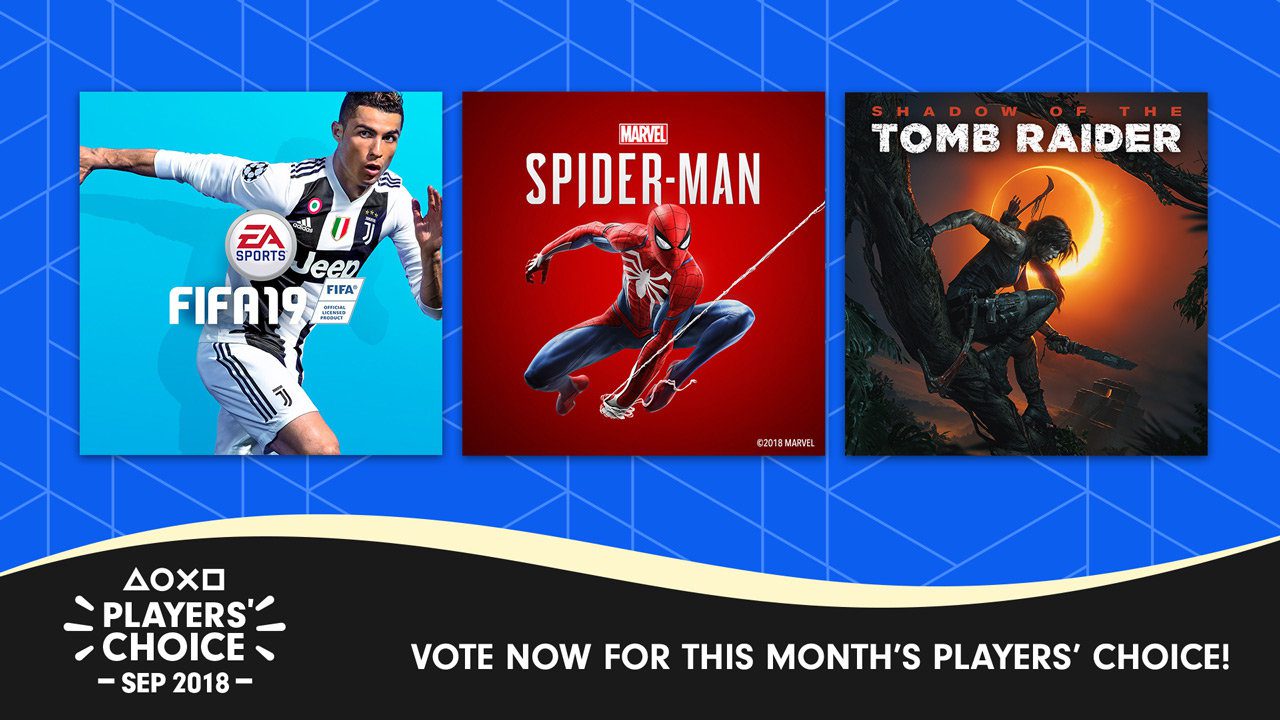 It’s time! Cast your vote in the Players’ Choice poll for September and help decide the best new game of September 2018. Marvel’s Spider-Man is an obvious nominee, but we’ve got lots of other great picks this month too — Hollow Knight, FIFA 19, The Gardens Between, Shadow of the Tomb Raider, Valkyria Chronicles 4, Transference… what’s your pick?