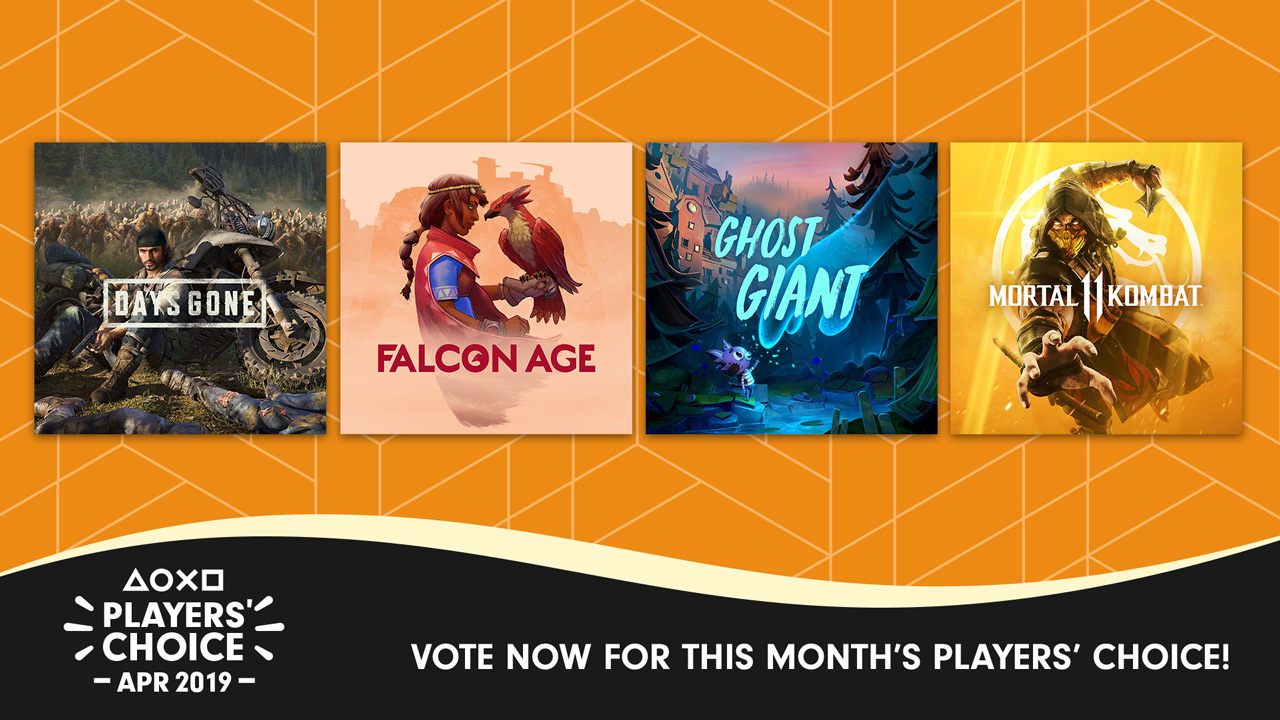 Welcome back! Whether you’ve been exploring the scenic Farewell Wilderness in Days Gone or fighting time itself in Mortal Kombat 11, you’ve probably still got your hands full with some of April’s new releases. PS VR owners got some new treats too, with Outerloop’s Falcon Age and Zoink’s Ghost Giant.

But that’s not everything! Peruse the list below and cast your vote for the best new game of April 2019. Polls close Sunday night at 11:59pm Pacific!