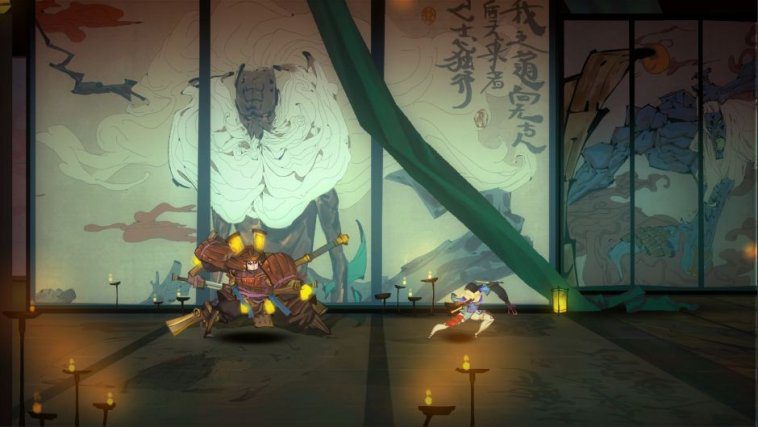 Your war is not over… slaying the Khan Maykr left an imbalance of power that threatens all of creation. With the aid of an old ally, battle your way back to Urdak and decide the fate of the cosmos once again. Your mission is now your own.

Smash, brawl, and score your way to victory in relentless, high-adrenaline PvP arena battles for 1-4 players. Master the HyperCurve and channel the HyperForce to become the greatest hero in the universe.

A unique and challenging motor racing experience where local or online victory depends solely on your driving skills. 16 customizable trucks, 25 arenas, and 3 leagues to win to become champion! Pre-order now to receive the Sergeant Chaos design and Patriot Monster Truck when the game releases.

Outpost Delta is a single player, 2-D side-scrolling sci-fi shooter for PC. Take on the role of Delta, the outpost’s emergency defense, who along with her AI companion must defend the space station against alien intruders.

Assault on the Metaltron – October 21

Metaltron, an energy-rich metallic planet has been invaded by combined forces of humans and orc hordes. Now you must defend your metallic planet from human and orc invaders in this intense, challenging, and fun action tower defense game.

Massive gameplay improvements like including catches on the run, smarter line blocking, more intelligent players, and much more including football gaming’s most complete Franchise Mode and a slick new UI.

Banner of the Maid – October 21

A mix of turn-based strategy and JRPG, set in an alternate French Revolution with fantasy elements and a unique anime art style. A bestseller acclaimed by thousands of fans in China for its strong gameplay and deep narrative, now fully localized to English.

A noisy highway has been built right in front of Henry & Florence’s home, disrupting their harmonious lifestyle. Defend your peaceful abode by blowing up as many cars in a row as possible, or whack and hack at them with your cane to finish them off.

Embark on an emotional journey as Mother Bilby and save your beloved children. Climb, jump, and gnaw your way under the ground in this 2.5D puzzle-platformer. Solve challenging puzzles by interacting with the beautiful yet dangerous world, while avoiding deadly traps that could end the adventure immediately.

Rusty Spout is a lonely but honest pirate, as he sails around with his ship looking for new adventures and always helps people in need. In this colorful puzzle adventure game, you’ll navigate with Rusty Spout through five different and beautiful worlds, each one with 10 amazing levels.

A fast-paced, free-moving roguelite platformer set in a post-apocalyptic world where a mysterious entity wreaked havoc on all humanity. Step in the shoes of the deadliest warrior of her clan: Kyhra. Help her explore the unknown and slash her way through ancient machines guarding the seal of her past, and maybe the redemption of humanity.

An isometric PVP mecha-action game where only the strongest player will be able to win in this war of titanic mechs. You will need an impeccable sense of tactics and an ability to skillfully use weapons, robots, and peculiarities of the landscape to win.

Challenge yourself with side-scrolling alternative dimension switching mania requiring lightning quick reflexes to jump, hop, and dimension swap your way to victory. Hop, dimension swap, and navigate your way through unique worlds to chase down Whiskers and save him from his evil wrongdoing.

BH Trials is an obstacle course game where you drive a digger with no transmission, steering, or brakes. Learn how to use the digger’s arms to crawl, climb, and avoid obstacles in this unique driving game. Team up with your friends to command a mechanical spider digger and move it through a series of levels designed to put your skills and coordination to the test.

Mum and Dad have been experimenting on Chaos Servants, but now, the monsters have been let loose. Clea, with her brother in tow, must escape from the Whitlock Mansion. Watch your back – those closest to you may be the real terror.

Galacide combines the frenzied action of classic space shooters with the focused, fast-thinking tactics of puzzlers. Choose from a variety of ships, each equipped with unique features and abilities. Embark on your mission to tunnel through the strengthening alien invasion, find the source, and save the galaxy!

A indie 2.5D Shoot ’em up made with spare robot parts and Heavy Metal. The gameplay blends classic shoot ’em up mechanics with modern low poly graphics, particles, shaders, and a hardcore soundtrack. Annihilate an army of machines, and afterward, annihilate their bosses—go all the way to confirm that your battle paid off.

A spooky 3D platformer in which you embody Jack, the Mythical Pumpkin Lord! Dive into an epic adventure through otherworldly landscapes and help the evil annihilate the good.

Assemble your squad and roll out for a turn-based tactical war that will rage from Central City to Cybertron itself. Choose the Transformers characters and their abilities to dominate the battle ahead, with Optimus Prime, Grimlock, and more ready to join the fight.

Gain the feeling of almightiness by controlling the huge army with only one muscle of your body. Lord Of The Click is a game for those who knows the true purpose of their thumbs.