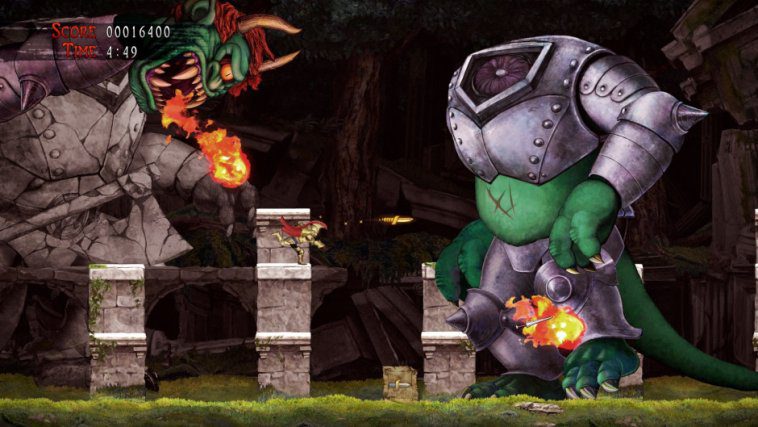 Welcome to Next Week on Xbox! Here we cover all the new games coming soon to Xbox Series X|S, Xbox One, and Windows PC as well as upcoming Xbox Game Pass and soon-to-be released ID@Xbox titles! Get more details on the games below and click their profiles for pre-order details when available (release dates are subject to change). Let’s jump in!

Taking cues from both Ghosts ‘n Goblins and Ghouls ‘n Ghosts and giving birth to something entirely new, Resurrection is a title worthy of its name. This picturesque storybook world, while gorgeous, is a love-letter to the original titles and maintains the same punishing gameplay that fans have come to expect.

A first-person hunting simulator where you hunt the largest and most dangerous beasts to ever exist. A remaster of the classic dinosaur hunting video game, Carnivores: Dinosaur Hunter, delivered with a new game engine, improved graphics, advanced dinosaur behaviors, and seamless player progression.

Where will Lucky’s treasure map lead you? Ride as Lucky on her faithful mustang, Spirit, and begin a wild new adventure in Miradero. There’s a whole wide-open frontier full of exciting quests and wildlife to explore. With Lucky’s fearless best friends Abigail and Pru by your side, you’re bound to have lots of fun!

The money’s good, the dog’s loyal, and the gun’s reliable. Embark on an indie fast-paced, violent, and thrilling FPS set in the darkest reaches of Warhammer 40,000’s most infamous hive city.

The bunnies decided to open their own factory to produce robots, but the trouble is – the contractor who built the plant forgot to make the initial configuration of all control modules. Therefore, you will have to do it yourself or with friends. Grab the blocks, charge them with the correct colors, and activate the lines of the electrical schemes.

You’ve been trapped in a dungeon filled with deadly traps and ruthless enemies! But with enough cunning and nimble dexterity, there could still be a chance at survival, however small it may be. Navigate chambers of increasing difficulty as your search for an exit. Dodge or kill your captors, find keys to unlock doors, leap over spikes and watch out for saw blades!

Play as a renovation company specializing in restoring railway stations. Set in abandoned and destroyed train stations, you will start with small rural ones to ease in and eventually be challenged with sprawling train stations in metropolitan areas. Each station needs to be cleaned, fixed, and decorated with items and equipment to bring it back to life.

Three heroic explorers wander the post-apocalyptic desert on a mission to save their village’s resources from despair. They soon find a dark, twisted tower that has risen from the depths of the planet and seemingly holds the key to their survival. To ensure their victory, one of them has made a secret pact with the lord Epithemeus, allowing them to reincarnate until they have accomplished their mission. But what fate lies in store for the heroes and their village?

The officially licensed multiplayer version of the classic fantasy adventure board game, Talisman. On your travels, you will need strength, courage, and some good dice rolls to survive the dangers you face and beat your opponents to the center of the board!

Win the yellow jersey with the official game of the Tour de France 2021. All 21 stages and the biggest classics are included. Experience a new objective system, a redesigned My Tour mode and other new features!

While claiming to protect its citizens, the Empire has launched a ruthless campaign against the Atramian population — those said to be infected with black energi and whose existence they deem to be a threat to the world. Discover the true face of evil in this next chapter of the Alphadia series, a story filled with belief, sacrifice, revenge, and ultimately hope!

The Aqua Kitty cats have launched into space in an all-new action RPG shoot-em up adventure! Pick your crew, then blast off to investigate mysterious water filled asteroids. Battle bizarre enemies, mine magnificent gems, grab new weapons, install enhancing devices, and unlock your crews’ unique skills as you level up.

Off And On Again – June 4 – Xbox One X Enhanced

This game tells the story of a hero tasked with rebooting time. The game world is created and destroyed during play, with the hero having the ability to turn parts of the world off and on again. You will be required to use both brains and skill to overcome the enemies and obstacles in your path.

Battle hordes of zombies and monsters in The Last Kids on Earth and the Staff of Doom, a semi open world action RPG that tells a new story in the post-apocalyptic town of Wakefield. Playing as teen survivors Jack, Quint, June, or Dirk, you’ll explore zombie-infested streets on your quest to stop Malondre, a powerful adversary from obtaining the Staff of Doom.