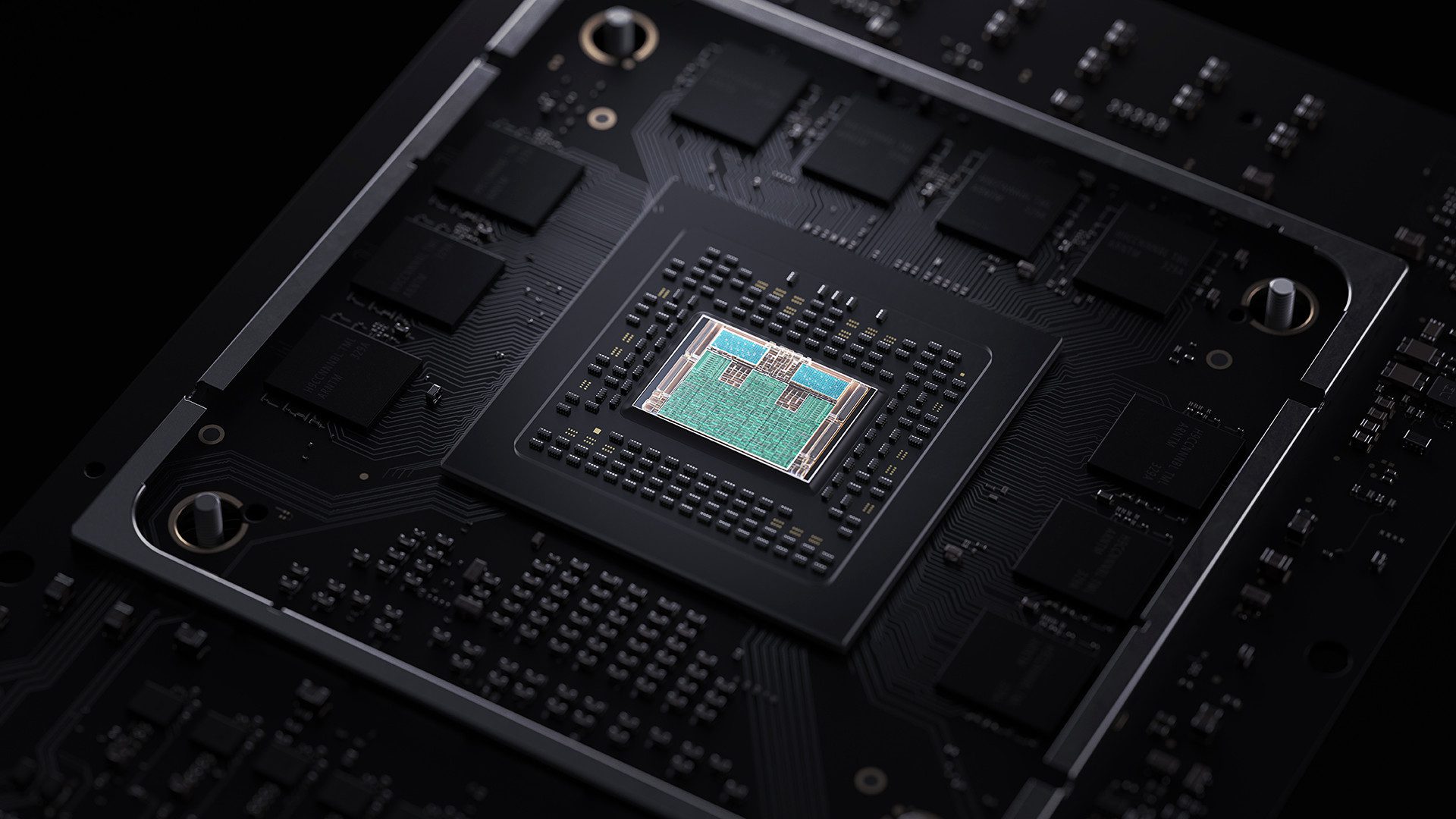 As we enter a new generation of console gaming with Xbox Series X, we’ve made a number of technology advancements across hardware and software that will take your gaming experience to the next level. We’ve created the below guide to help familiarize yourself with some of the new terms we’re introducing to describe the tech and functionality of Xbox Series X.

Backward Compatibility – At Xbox, we’ve made a promise to compatibility: you
can expect thousands of your favorite games across four generations of gaming,
your Xbox One gaming accessories, your Xbox gaming legacy, and industry-leading
services like Xbox Game Pass to work with Xbox Series X. Backward
compatible games will benefit from the power and performance of Xbox Series X,
resulting in steadier framerates, faster load times, improved resolution and
visual fidelity. Fans and game creators can feel confident they will be able to
play and create the best version of their games on the Xbox Series X.

DirectStorage – DirectStorage is an all new I/O system designed
specifically for gaming to unleash the full performance of the SSD and hardware
decompression. It is one of the components that comprise the Xbox Velocity
Architecture. Modern games perform asset streaming in the background to
continuously load the next parts of the world while you play, and DirectStorage
can reduce the CPU overhead for these I/O operations from multiple cores to
taking just a small fraction of a single core; thereby freeing considerable CPU
power for the game to spend on areas like better physics or more NPCs in a
scene. This newest member of the DirectX family is being introduced with Xbox
Series X and we plan to bring it to Windows as well.

Hardware Decompression – Hardware decompression is a dedicated hardware component
introduced with Xbox Series X to allow games to consume as little space as
possible on the SSD while eliminating all CPU overhead typically associated
with run-time decompression. It reduces the software overhead of decompression
when operating at full SSD performance from more than three CPU cores to zero –
thereby freeing considerable CPU power for the game to spend on areas like
better gameplay and improved framerates. Hardware decompression is one of the
components of the Xbox Velocity Architecture.

Latency – Latency refers to responsiveness of the console and controller,
including the time it takes for your input to be registered by your console and
then displayed on your screen. Reducing latency results in a more connected and
immersive experience. Xbox Series X will be our most responsive console ever
featuring ultra-low latency with advanced technology that minimizes latency at
every stage of the gaming pipeline so that you instantly see the impact of your
actions on the screen.

Mesh Shading – Mesh shading will enable developers to dramatically
improve the performance and image quality when rendering a substantial number
of complex objects in a scene. As an example, mesh shaders could enable the
player to experience asteroid belts and fields of flowers in more pristine
detail without seeing a loss in performance.

Native Resolution – Native Resolution is an Xbox Series X backwards
compatibility enhancement for select Xbox One games that allows them to render
at native 4K even if they weren’t originally designed for 4K.

Parallel Cooling Architecture – Parallel Cooling Architecture is
the name of the innovative system design used to cool Xbox Series X. Building a
console that delivers four times the processing power of Xbox One X in the most
quiet and efficient way – something that is critically important with all the
extra power of our next generation console – led to its unique vertical design.

Project Acoustics – Incubated over a decade by Microsoft Research, Project Acoustics accurately models sound propagation physics in mixed
reality and games, employed by many AAA experiences today. It is unique in
simulating wave effects like diffraction in complex scene geometries without
straining CPU, enabling a much more immersive and lifelike auditory experience.
Plug-in support for both the Unity and Unreal game engines empower the sound
designer with expressive controls to mold reality. Developers will be able to
easily leverage Project Acoustics with Xbox Series X through the addition of a
new custom audio hardware block.

Quick Resume – A new feature powered by the technical capabilities and the
innovative Xbox Velocity Architecture in Xbox Series X, Quick Resume enables
players to seamlessly switch between multiple titles and resume instantly from
where you last left off.

RDNA 2 – The custom designed processor in the Xbox Series X leverages RDNA 2, the
latest next generation graphics architecture from our partners at AMD. RDNA 2
provides a significant advancement in performance and efficiency as well as
next generation graphics features such as hardware accelerated raytracing and
variable rate shading.

Sampler Feedback Streaming (SFS) – A component of the Xbox Velocity
Architecture, SFS is a feature of the Xbox Series X hardware that allows games
to load into memory, with fine granularity, only the portions of textures that
the GPU needs for a scene, as it needs it. This enables far better memory
utilization for textures, which is important given that every 4K texture
consumes 8MB of memory. Because it avoids the wastage of loading into memory
the portions of textures that are never needed, it is an effective 2x or 3x (or
higher) multiplier on both amount of physical memory and SSD performance.

SDR to HDR Conversion – With Xbox Series X, existing Xbox games, including recent
titles within the ID@Xbox program, that don’t already have native HDR support
will get the next-gen treatment. Xbox Series X is able to leverage an
innovative HDR reconstruction technique to enhance existing SDR games with no
work from developers and no impact to available CPU, GPU or memory resources.

Smart Delivery – Smart Delivery is a new technology introduced with Xbox
Series X that will ensure you always play the best version of the games you own
for your console, across generations. All Xbox Game Studios titles that are
optimized for Xbox Series X, including “Halo Infinite” will support Smart
Delivery, providing the best available version for whichever console you choose
to play on. For example, this means if you purchase the Xbox One version of a
supported title, we will identify and deliver the best version of it to your
Xbox One, as usual. If you decide to jump into the next generation with Xbox
Series X, we will automatically provide the Xbox Series X optimized version of
the game at no additional cost if and when it becomes available. Smart Delivery
is available to all Xbox developers.

TFLOPS (Teraflops) – TFLOPS (or
“teraflops”) stands for Trillion Floating-point Operations Per Second and is a
measure of raw mathematical performance of a GPU. While Xbox Series X delivers
12 TFLOPS of 32-bit float performance, two times that of the Xbox One X, the
architectural efficiency improvements brought by AMD’s RDNA 2 architecture plus
our next generation features such as Variable Rate Shading (VRS) and hardware
accelerated DirectX Raytracing means that Xbox Series X will deliver well over
twice the effective graphics performance of Xbox One X for games.

Variable Refresh Rate (VRR) – Variable Refresh Rate is a new addition to HDMI 2.1 which
enables capable displays to refreshed as fast as the console can render images,
thereby eliminating tearing, increasing smoothness, and reducing latency. We
have been working with the industry’s leading TV manufacturers to ensure the
display ecosystem is ready for the features we are bringing with Xbox Series X.

Xbox Wireless Protocol – One of the first points to reduce latency is within the communication
between your controller and your console. By bringing our existing high-bandwidth,
low-latency wireless protocol on the Xbox One family of devices to Xbox Series
X, we’re able to not only reduce latency in your gaming experience but also
ensure all of your existing Xbox One gaming accessories will be compatible with
Xbox Series X.

120 FPS – With
support for up to 120 frames per second (FPS), Xbox Series X allows developers
to exceed the more traditional 60 FPS in favor of heightened realism and more
precise controls for fast-paced action.