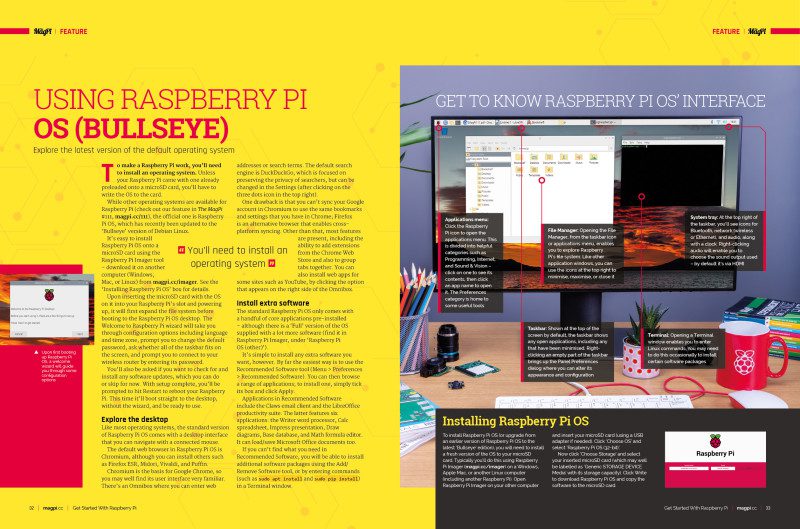 There’s a brand new version of Raspberry Pi OS, based upon Debian ‘bullseye’. The interface has a fresh look (if your Raspberry Pi has 2GB of RAM or more). The new video driver and updated version of Chromium make video playback better than ever. And Raspberry Pi 4 and Raspberry Pi 400 owners can look forward to a speed boost. There’s a whole bunch of stuff to discover and a few surprises that can trip up regular Raspberry Pi owners. Pick up the new edition to read all about it! 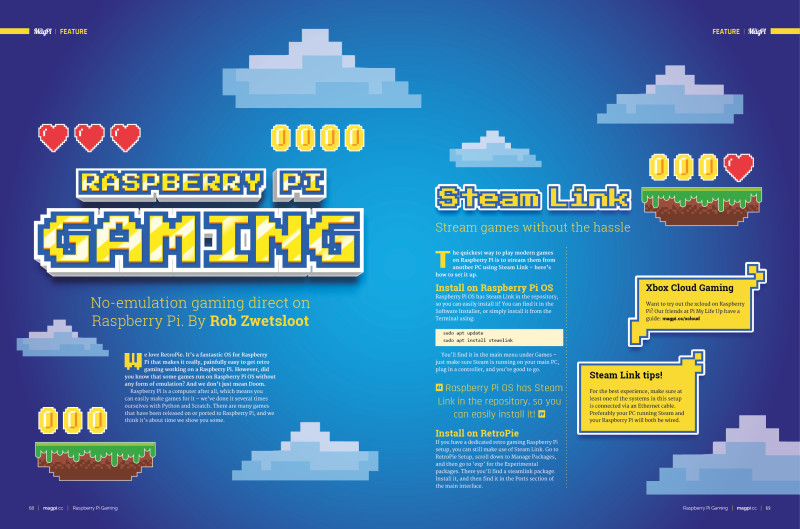 We all know Raspberry Pi is incredible for old school gaming. But what about new games? Discover no-emulation gaming with our guide to the best games available for the increasingly powerful computer. 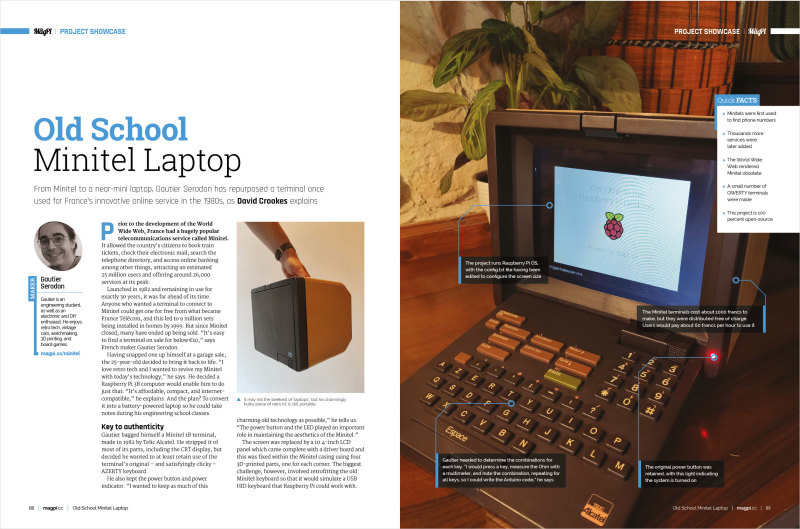 We’ve got a lot of time for the classics here at The MagPi. This Minitel terminal was popular in France in the 1980s, where Minitel was an online predecessor to the internet. One maker has remade a Minitel with Raspberry Pi, blending some of the best of the old with the new. 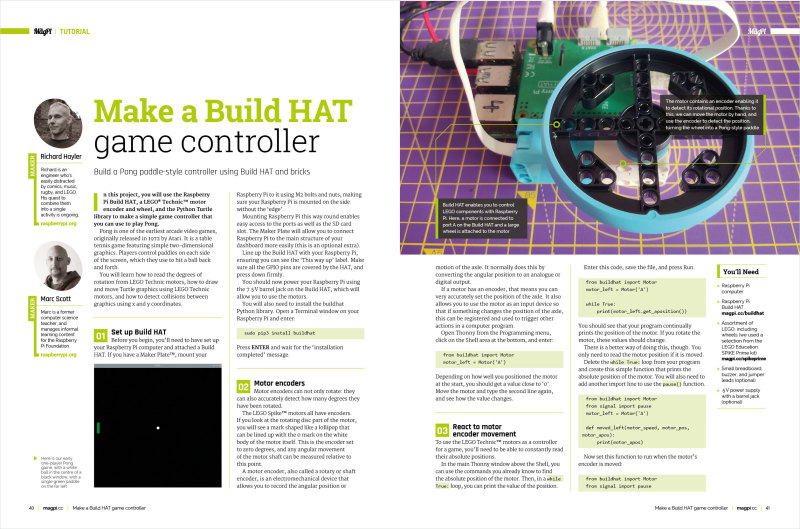 This month we have been experimenting with LEGO® bricks and Raspberry Pi. We set about building a pair of Pong-style video game controllers using the encoders on motors and some oversized wheels. 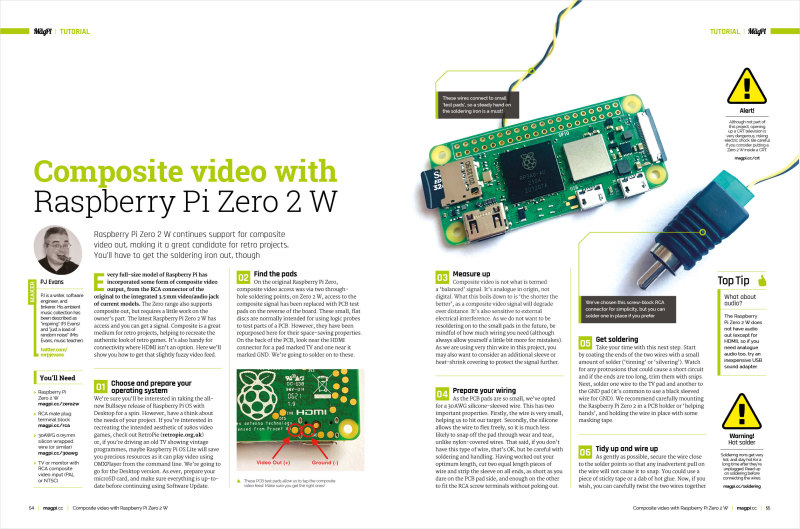 Not many folks know you can hook up Raspberry Pi to classic CRT (cathode ray tube) television sets. This setup is great if you’re looking to play digital videos with a classic style. CRT also enables you to faithfully recreate a retro computer. Zero 2 W has moved the video out to test pins on the back of the board, and PJ’s tutorial will show you how it now all works. 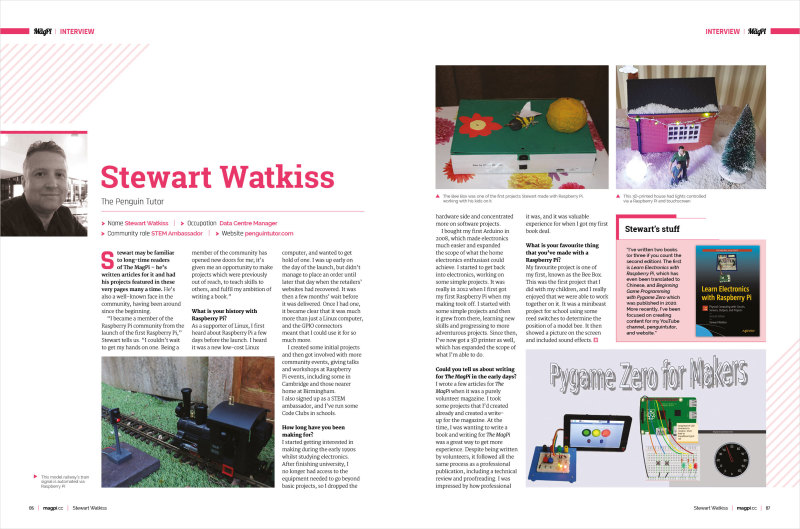 Get to know members of Raspberry Pi’s community in each edition of The MagPi magazine. This month we chat with Stewart Watkiss (aka Penguin Tutor). Stewart has been creating projects with Raspberry Pi right from the beginning and has been involved with many Raspberry Pi events; he has also written books on Raspberry Pi and electronics.

The MagPi magazine issue 113 is available as a free digital download, or you can purchase a print edition from the Raspberry Pi Press store. Subscribe to The MagPi in print for 12-months and get a free Raspberry Pi Zero 2 computer.