Final Fantasy VII Remake is just under two months away, but we thought you might want to see just a little more before you get your hands on it for real.

We have some brand new screenshots from the game to show you — take a look: 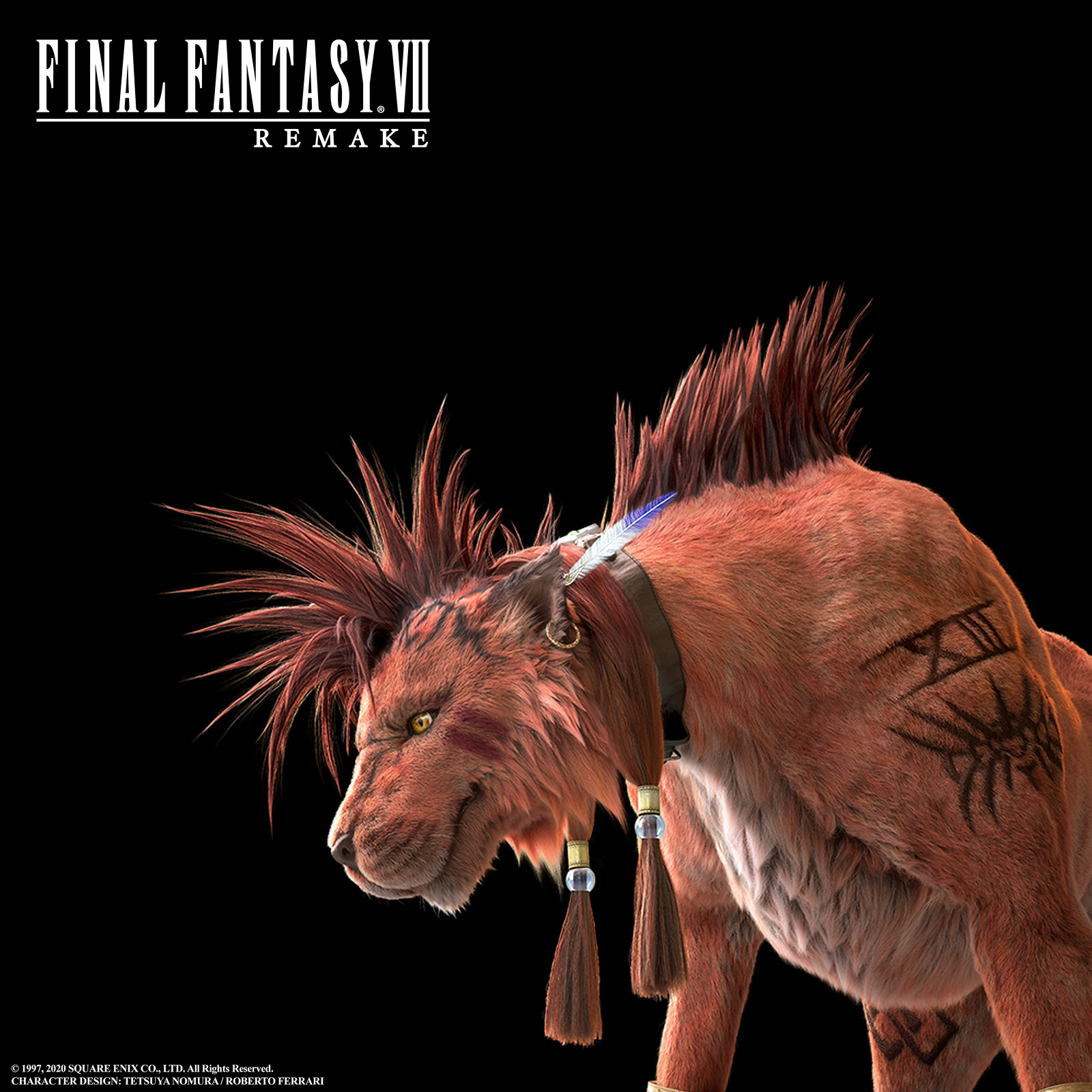 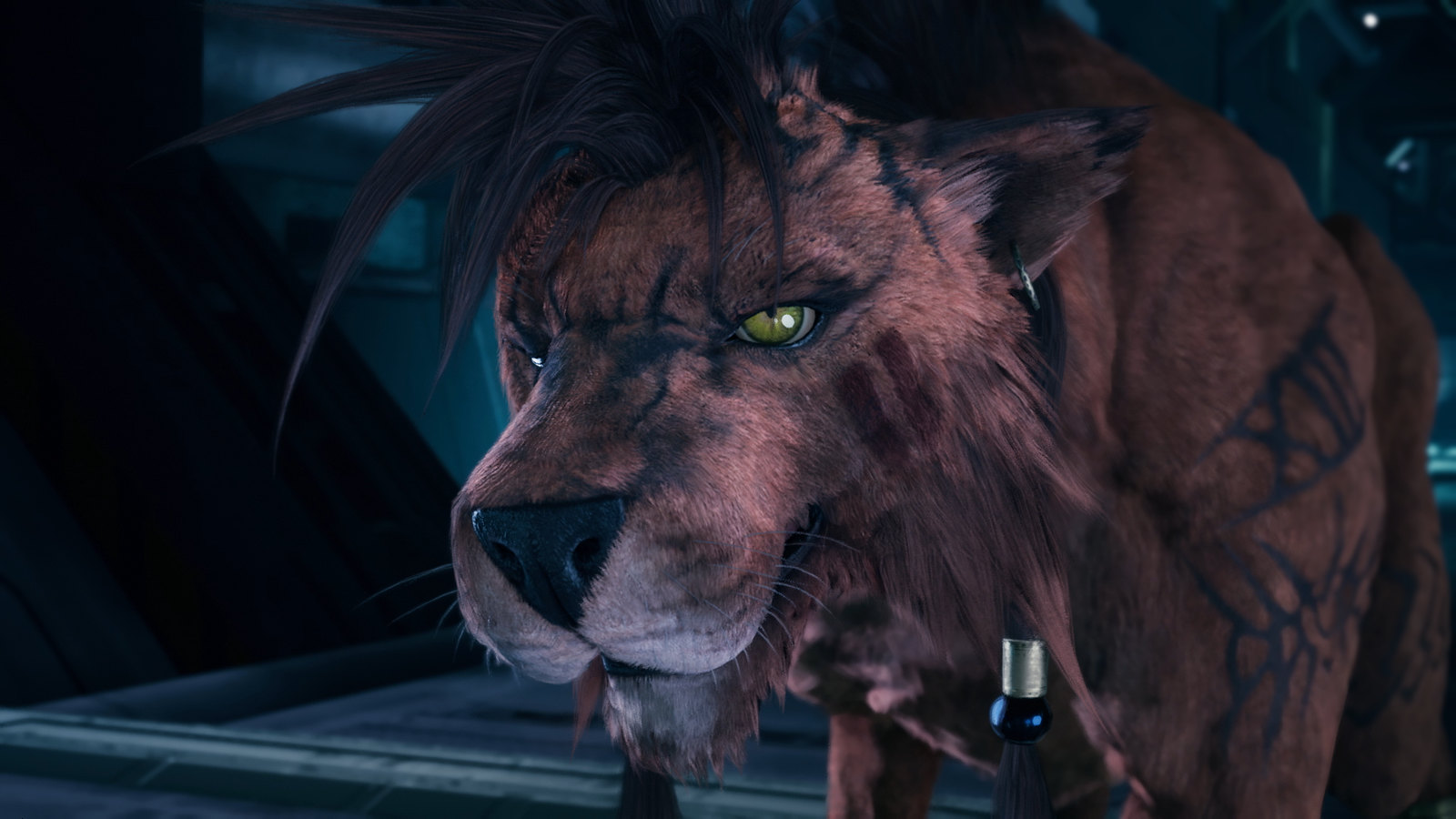 What is Red XIII? As he himself says: “I am that which you see before you. Nothing more.”

He may look like a beast, with his red fur, sharp fangs and tail of flames, but Red XIII is as eloquent as any human.

He has been captured by Shinra for use as a test subject, and is being held in Hojo’s scientific facility. Speaking of the sinister scientist… 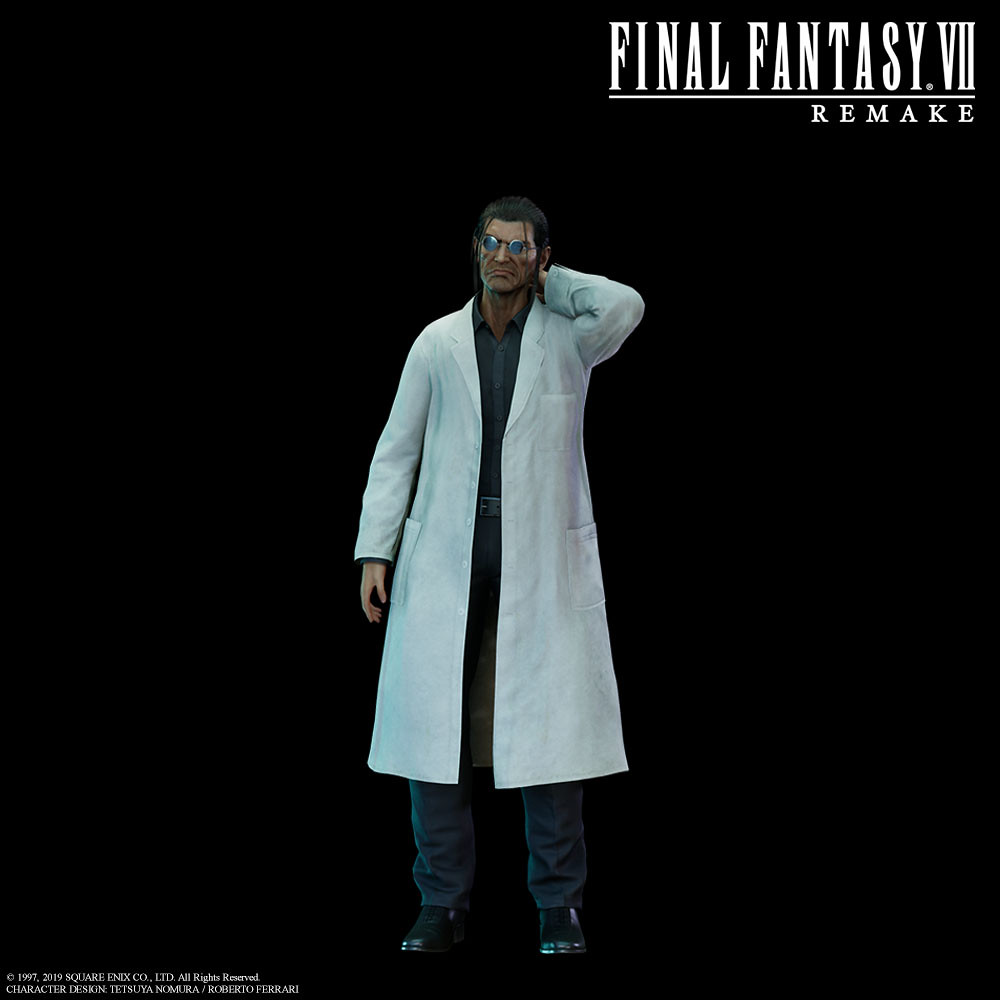 This enigmatic figure is the Director of Shira Electric Power Company’s Research and Development Division. He creates various biological weapons for the company, and he’s not bound by notions of morality.

Hojo will not hesitate to take a life if his experiments demand it. In a previous collaborative role, he performed special surgery on soldiers to increase their physical strength, giving birth to the elite SOLDIERS.

Tifa in battle – the basics

Next we’ll look at one of the main heroes, and how she operates in battle. Tifa Lockhart is a swift fighter, who uses her martial arts to damage enemies.

She can combo fast attacks with repeated presses of the □ button, and unleash unique abilities by pressing △.

In the following screenshots, we can see her unleashing some of those skills. 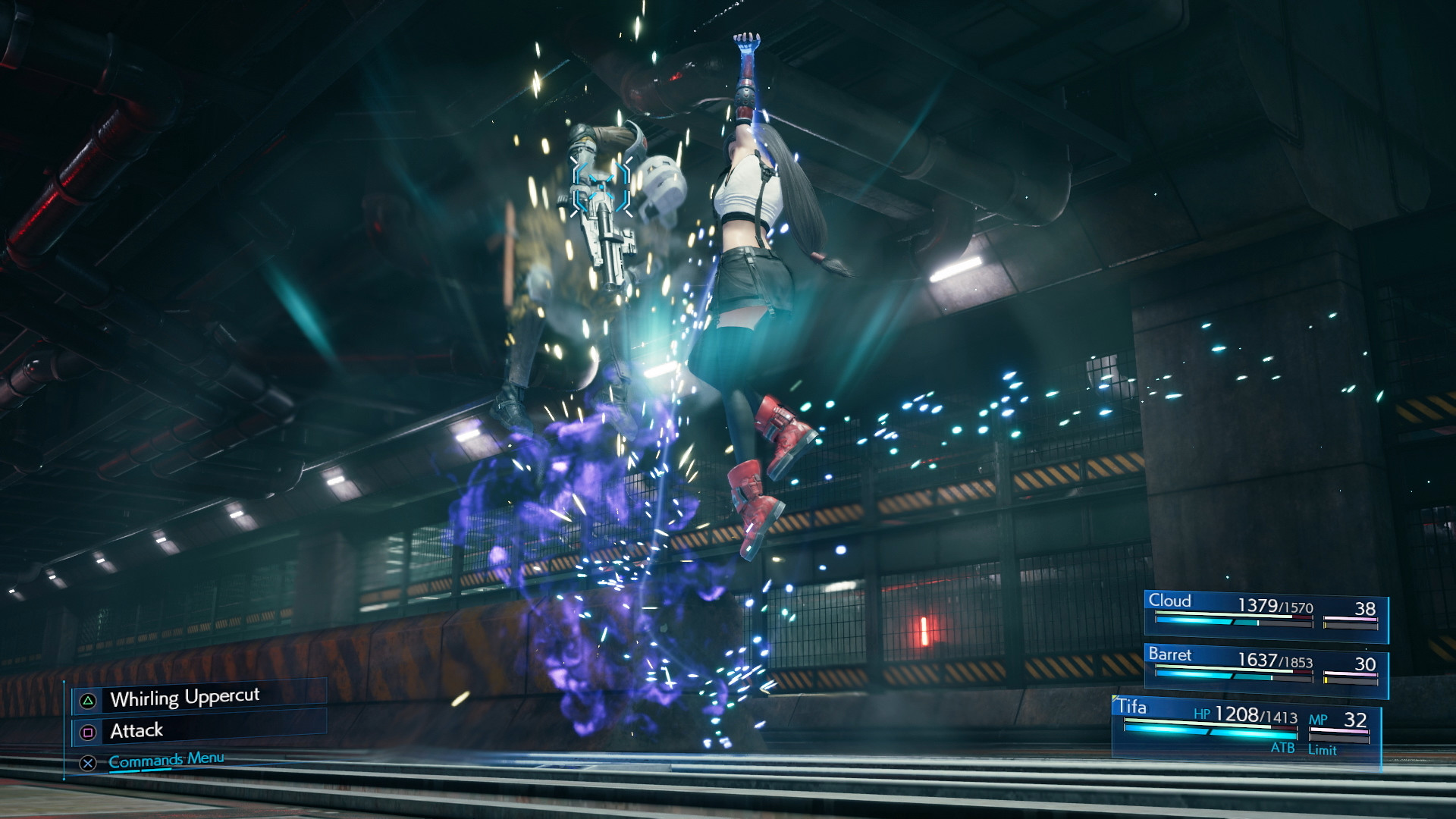 Whirling Uppercut: Tifa launches an enemy into the air with an upwards strike. 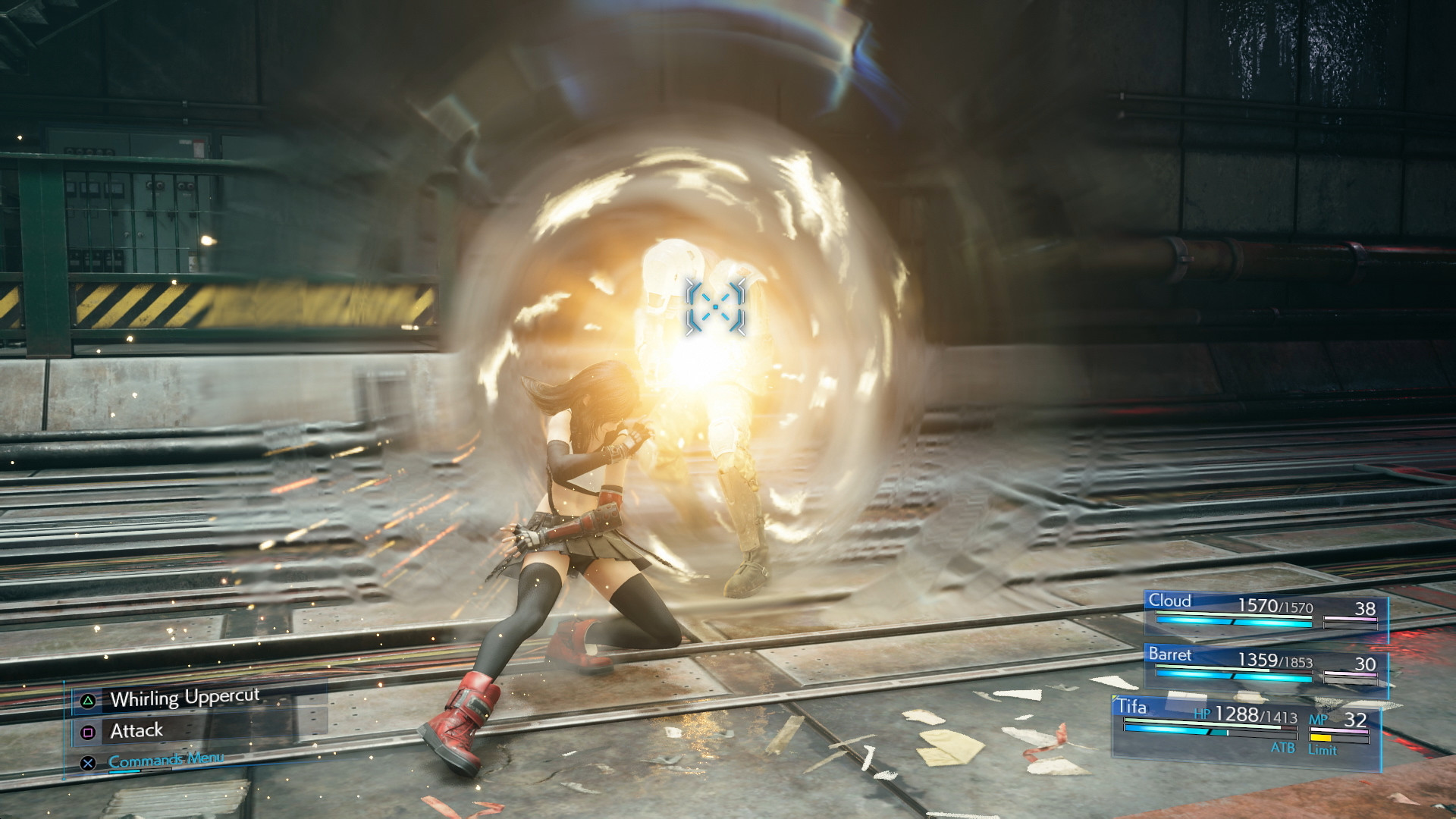 Omnistrike: Tifa smacks into her foe with a powerful shoulder slam. 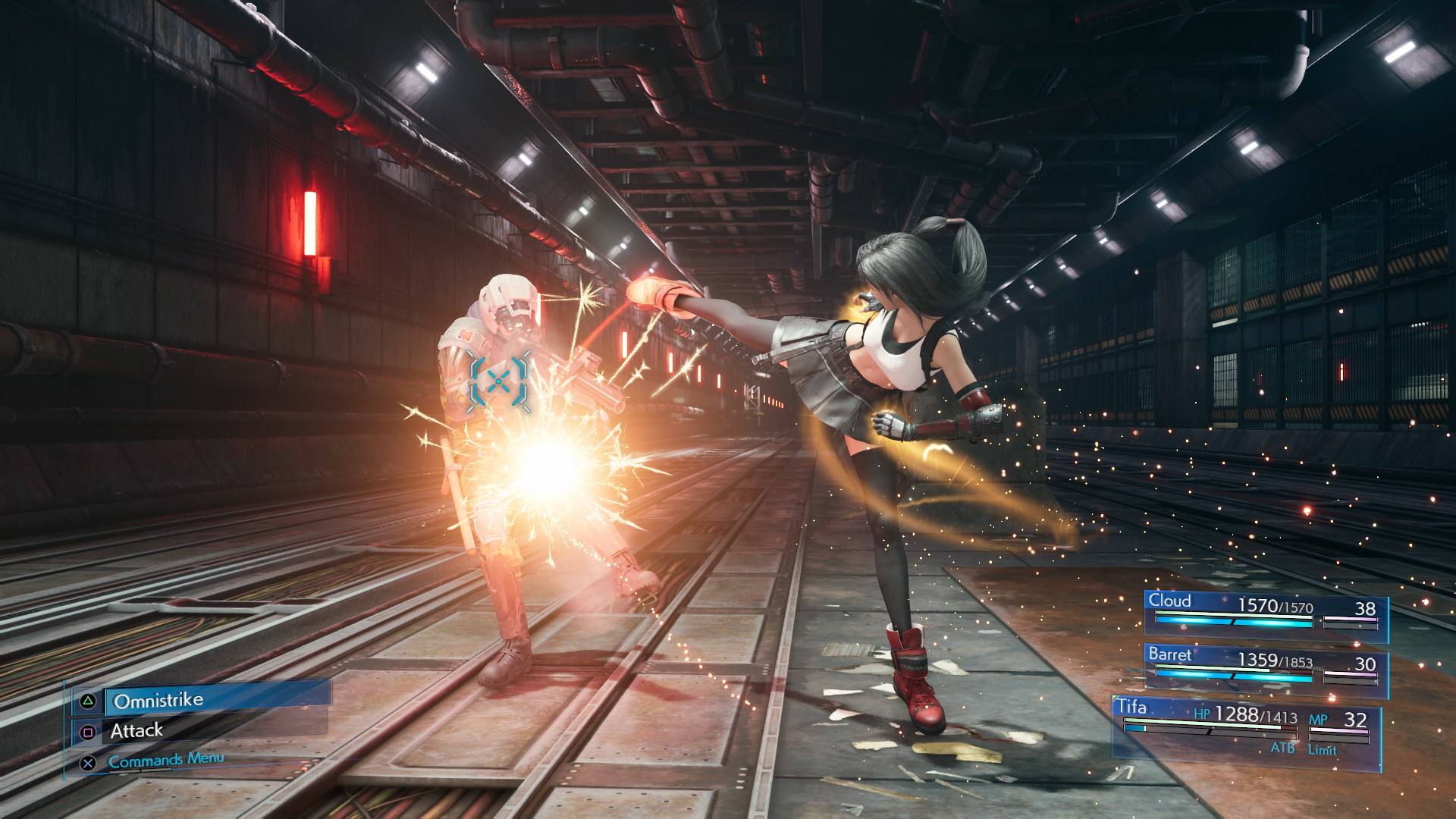 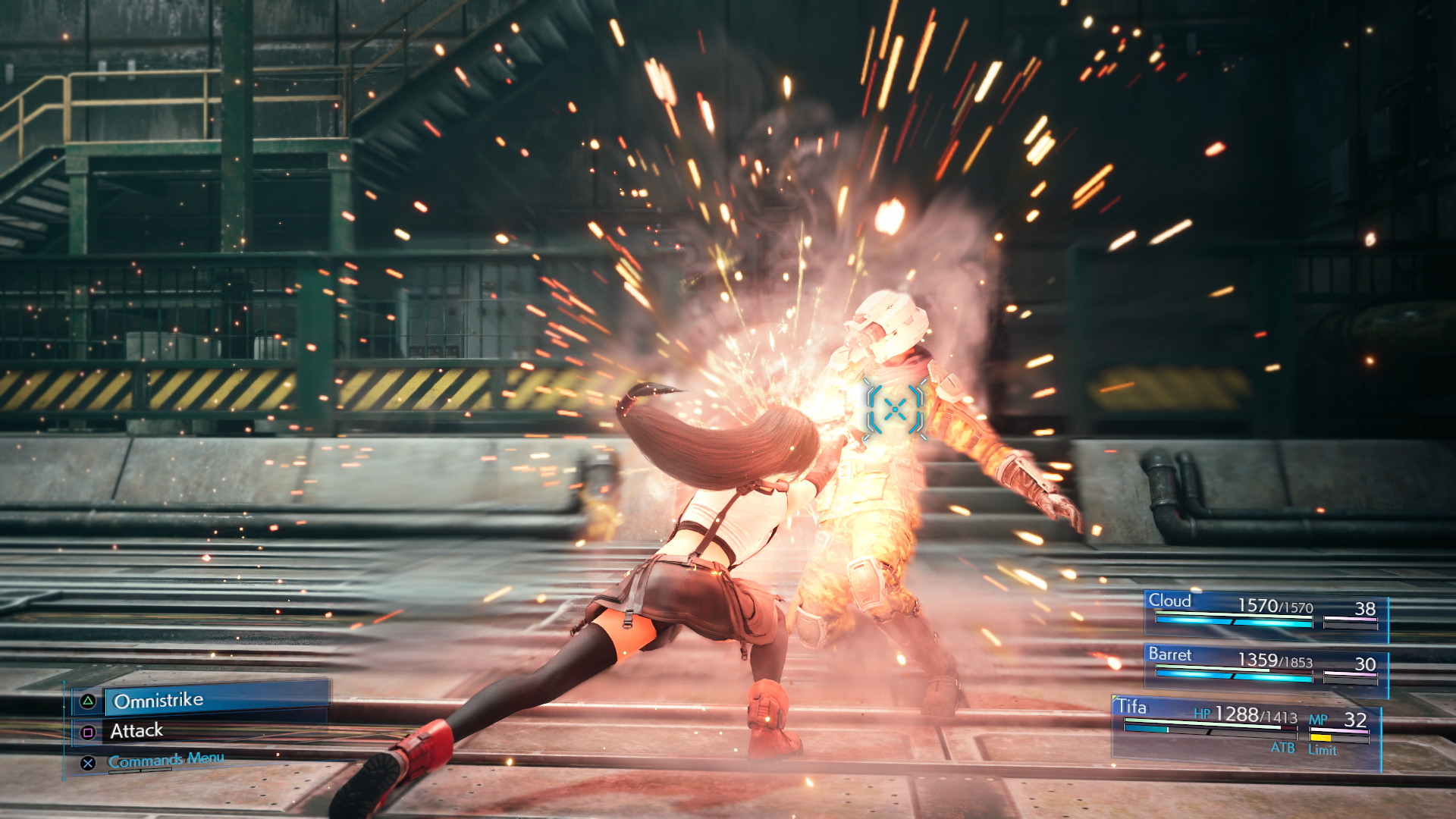 Rise and Fall: Tifa attacks with a series of brutal kicks, and finishes with a powerful striking fist.

When Tifa’s ATB bar is filled by attacking enemies, she can use a special ability. These screenshots show a couple of them in action: 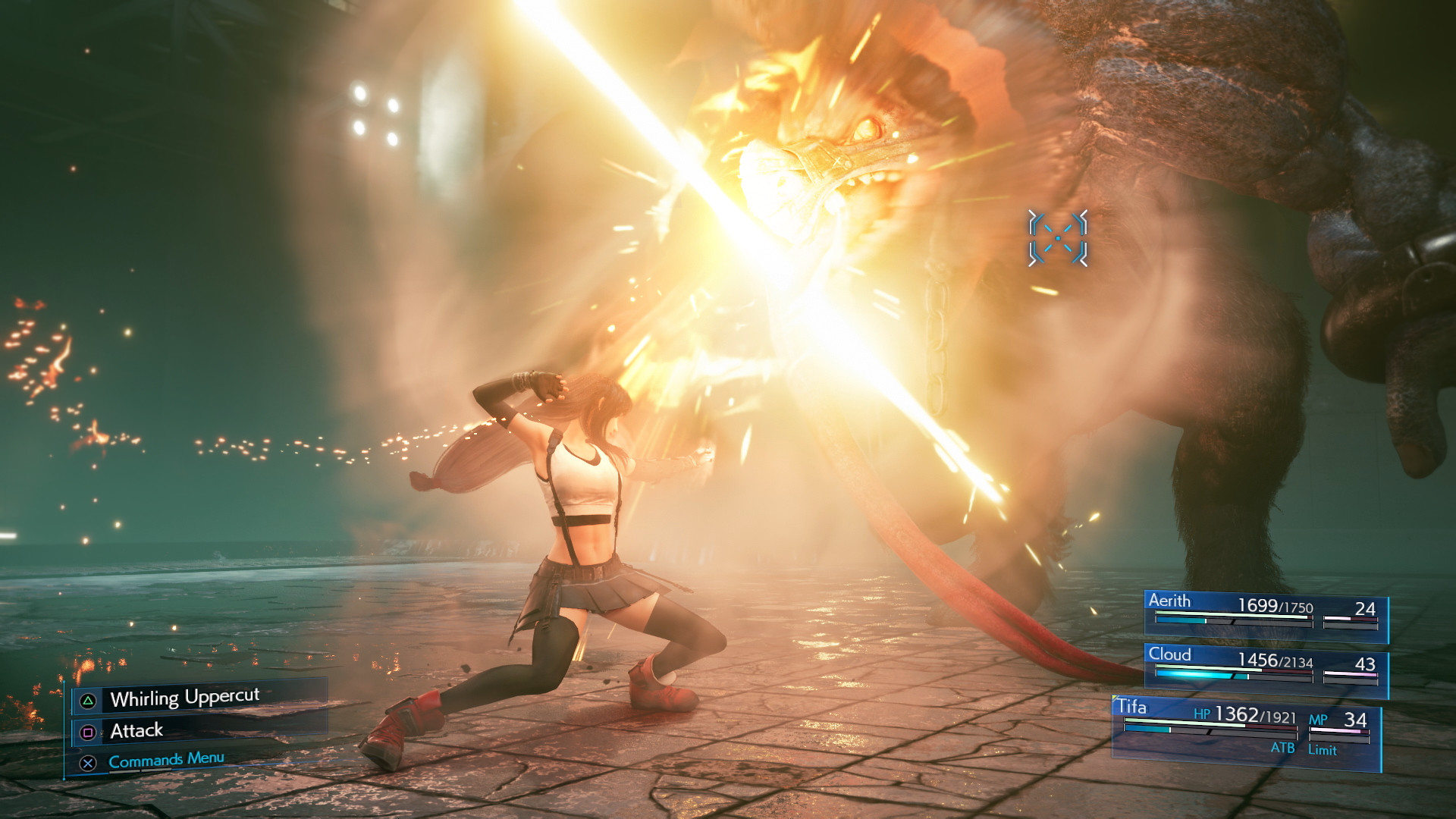 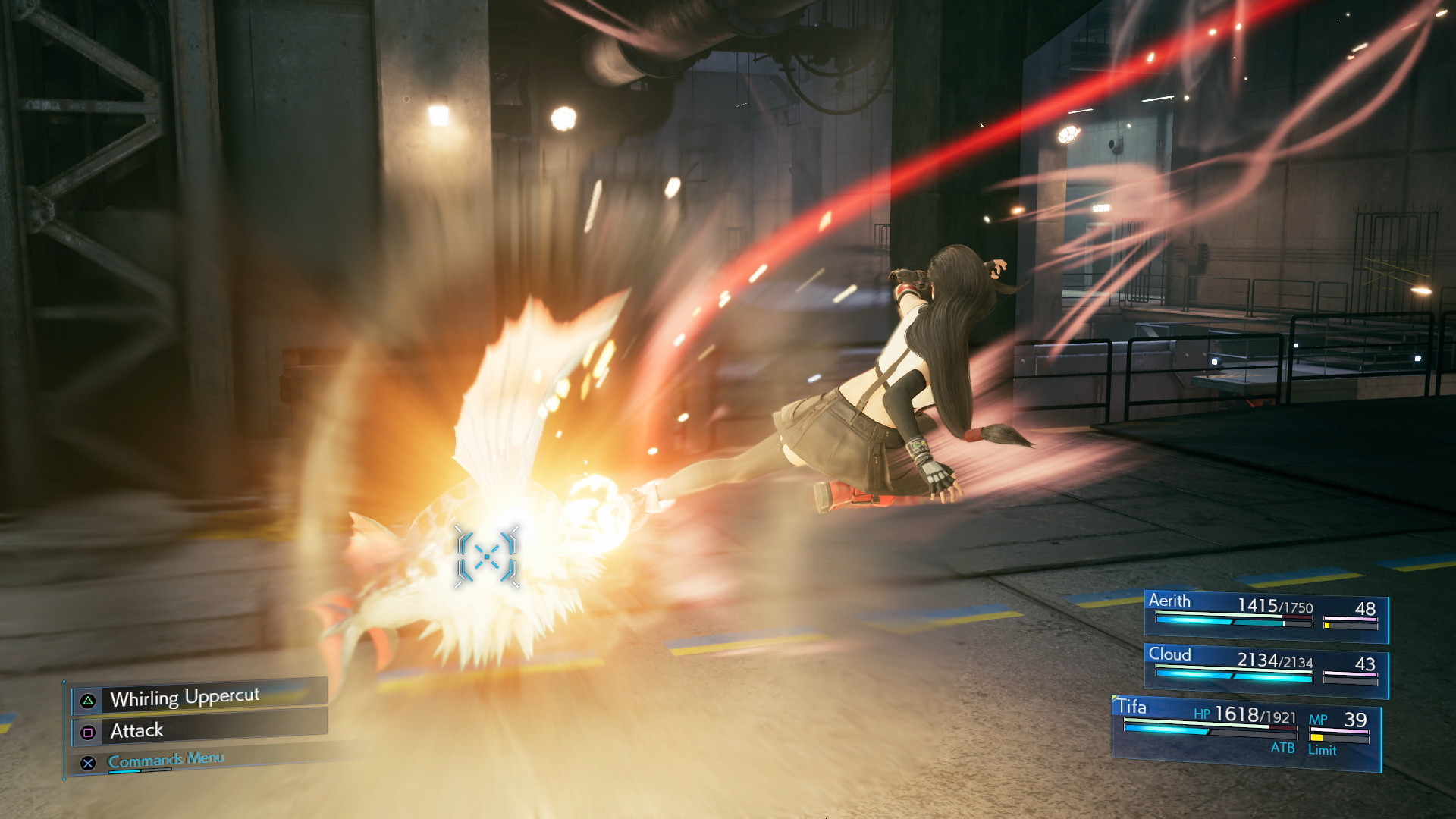 She can also finish off an enemy with an intensely powerful dive kick.

Here’s a look at some of the Materia and weapons you’ll be able to use in Final Fantasy VII Remake: 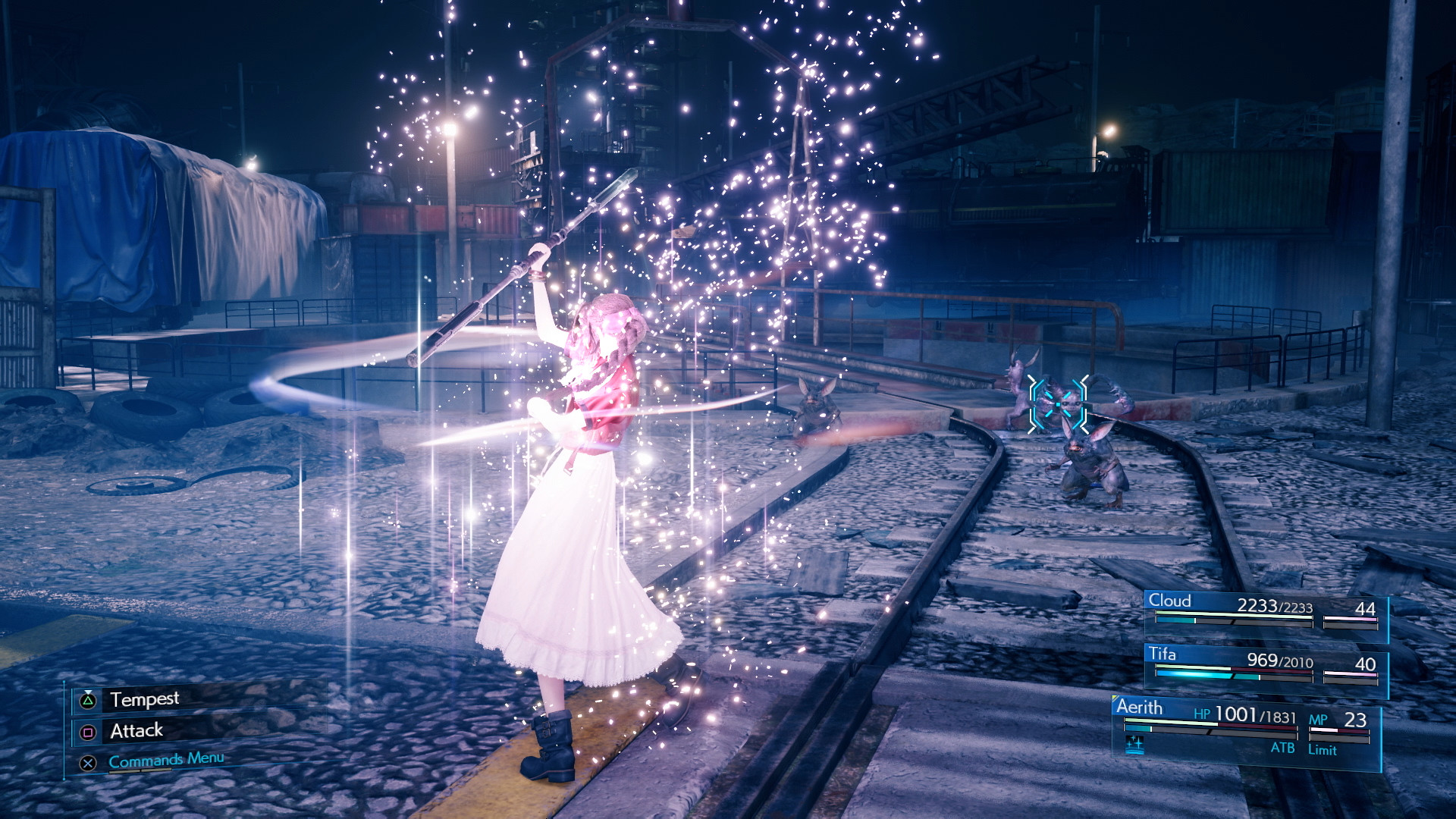 Healing Materia lets you use spells like Cure and Cura. In the screenshot above, we can see Aerith using Regen – a spell that will gradually heal its target for a while. 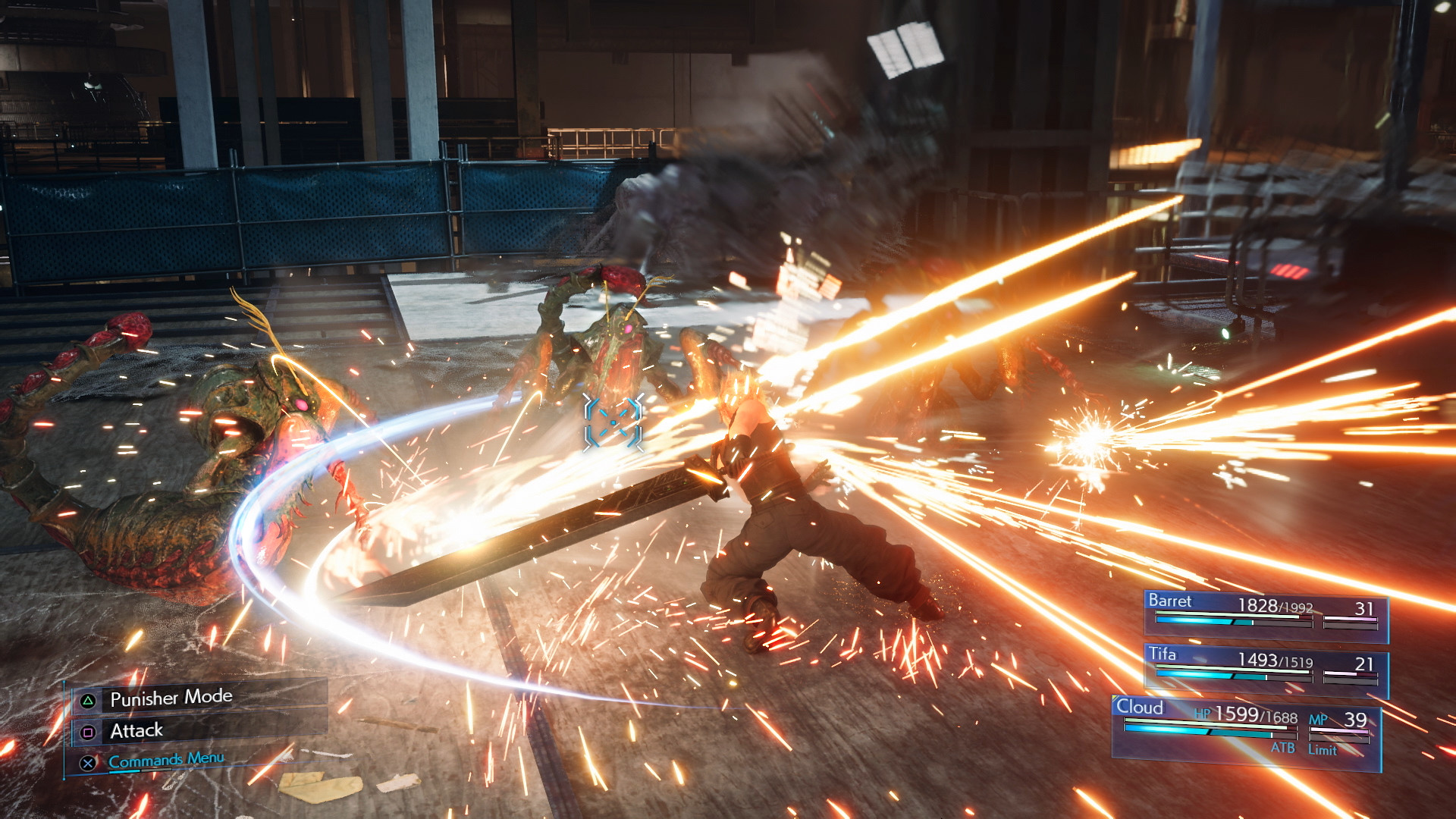 The Deadly Dodge Materia turns any attack made after evading an attack into a powerful melee strike. Any character can use it – not just Cloud. 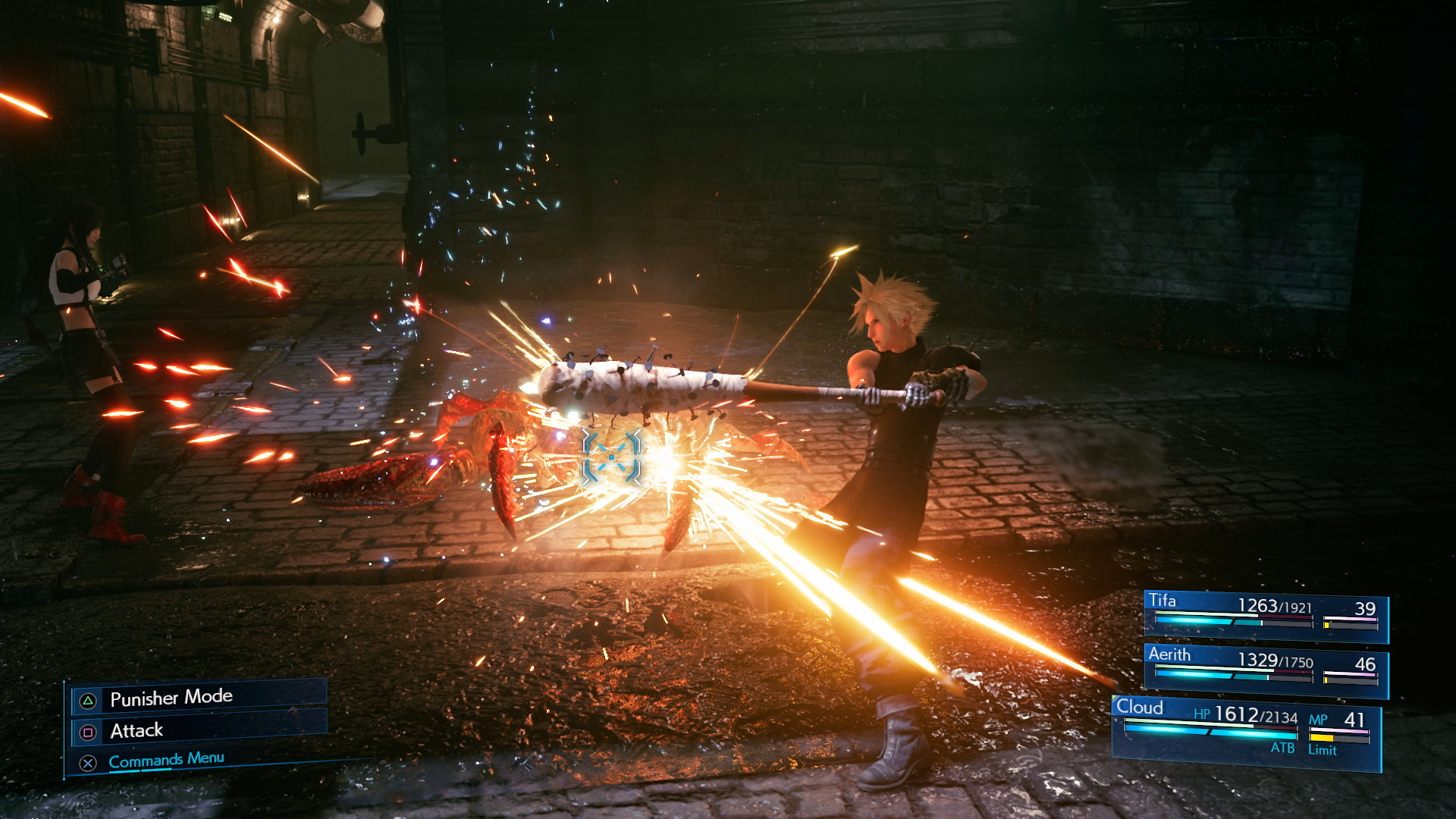 When you equip a weapon, it will be reflected in your character’s appearance in and out of battle. This image is a reimagined version of a fan-favorite – we think the team nailed it! 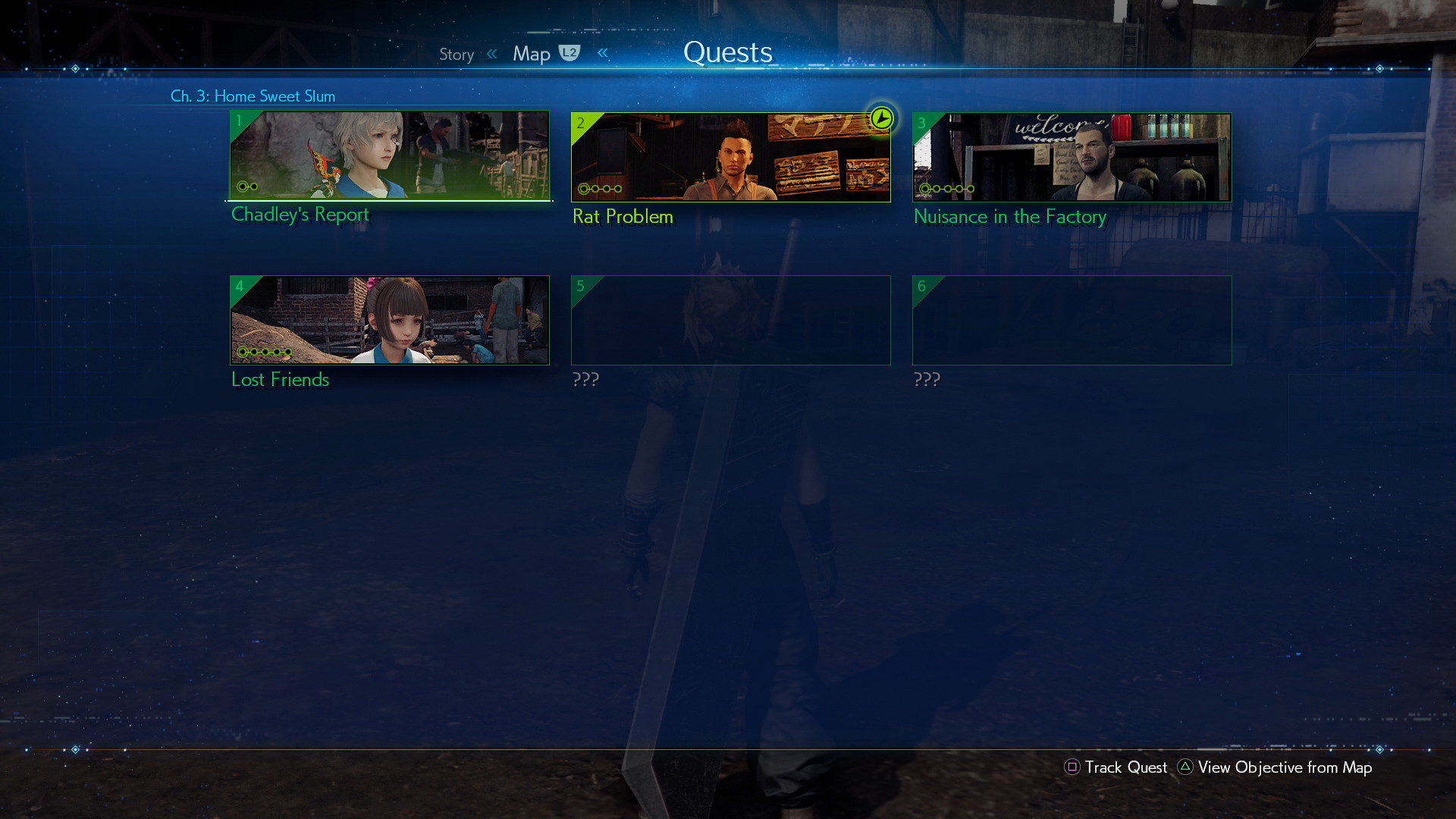 Cloud can help out the many people across Midgar, including local merchants. These tasks are varied — he’ll be asked to deal with anything, from taking out troublesome monsters to finding lost cats. 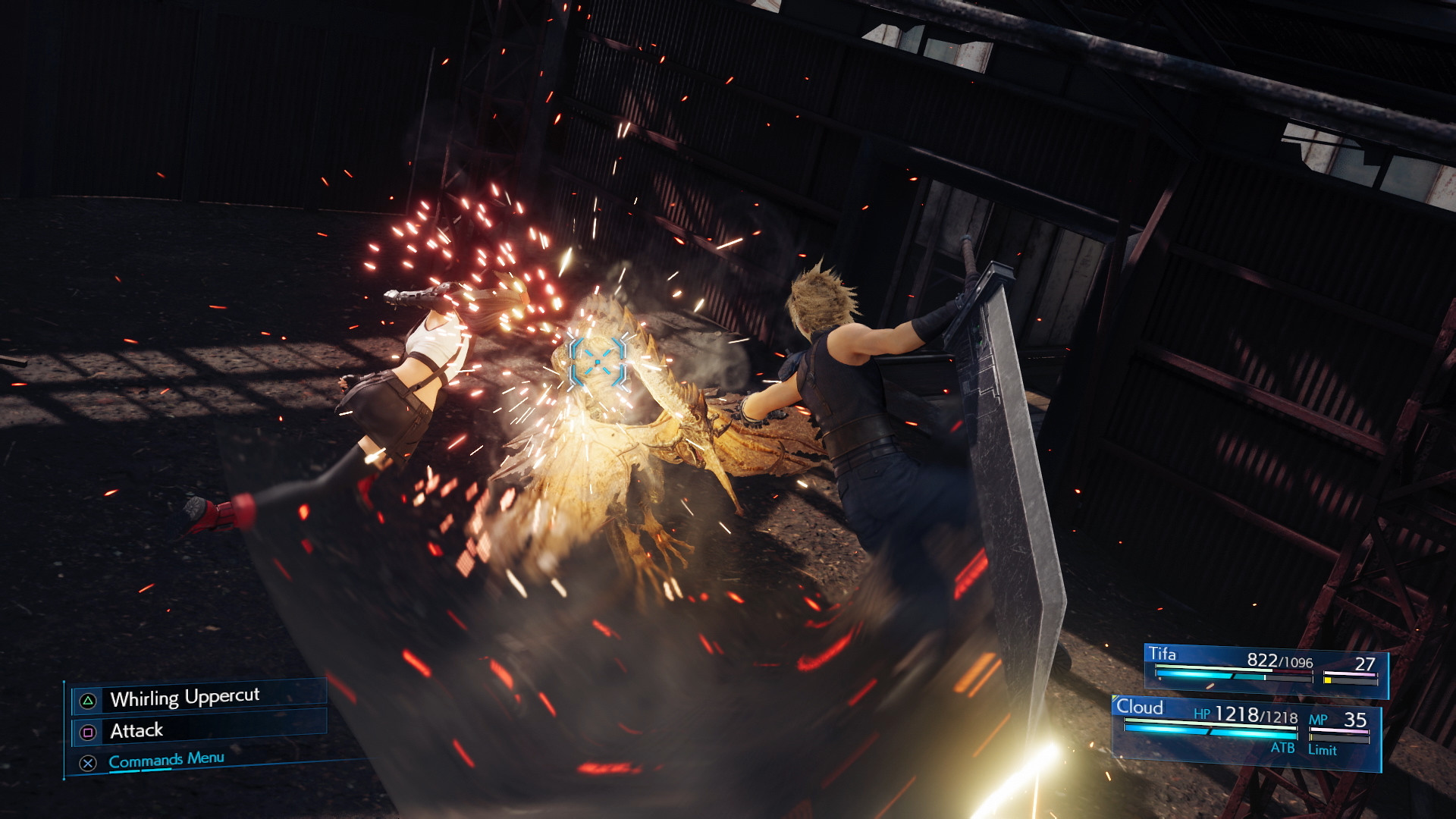 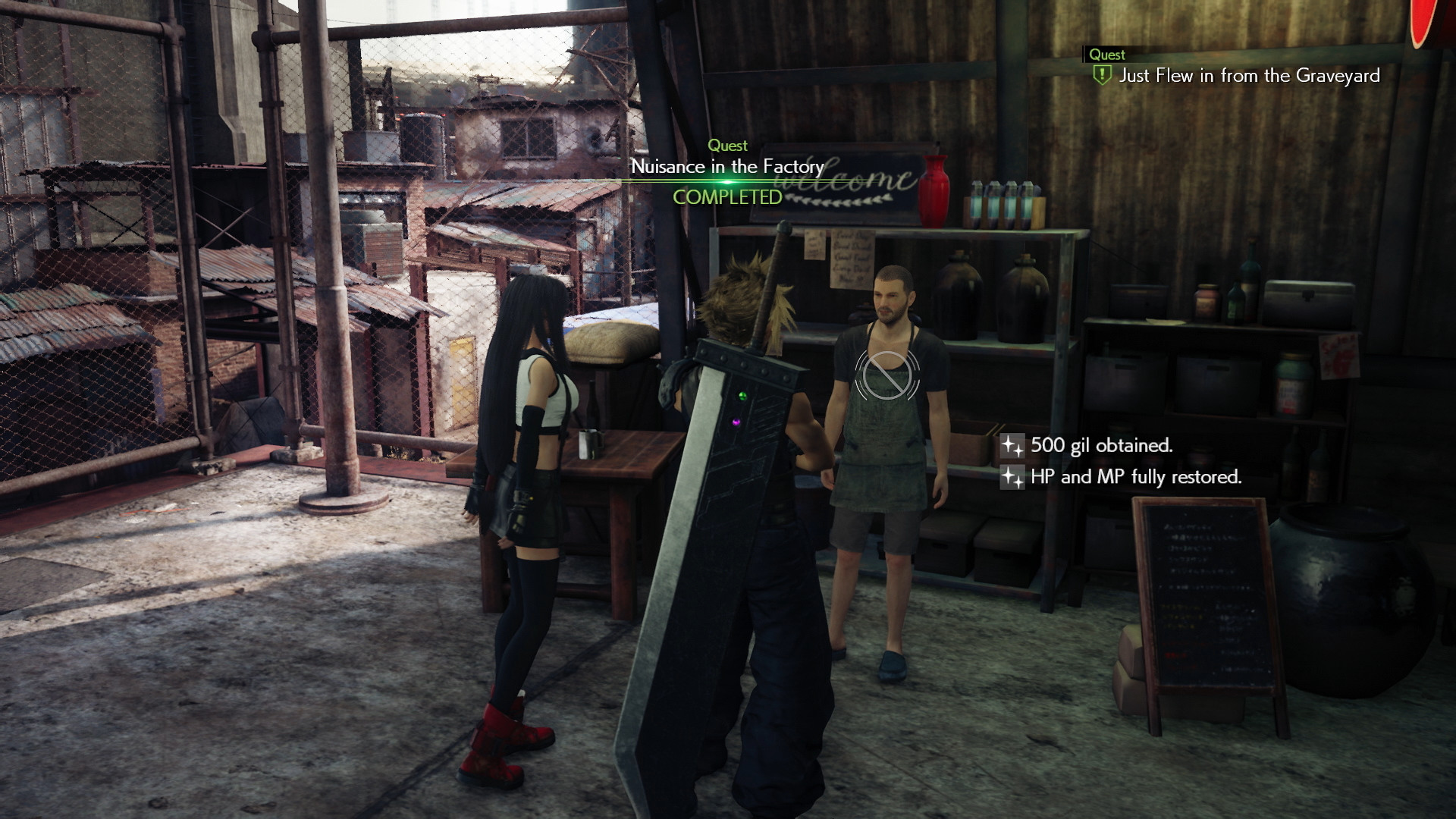 In this quest, Cloud is asked to deal with some Drakes. He’ll get valuable rewards for completing the task. 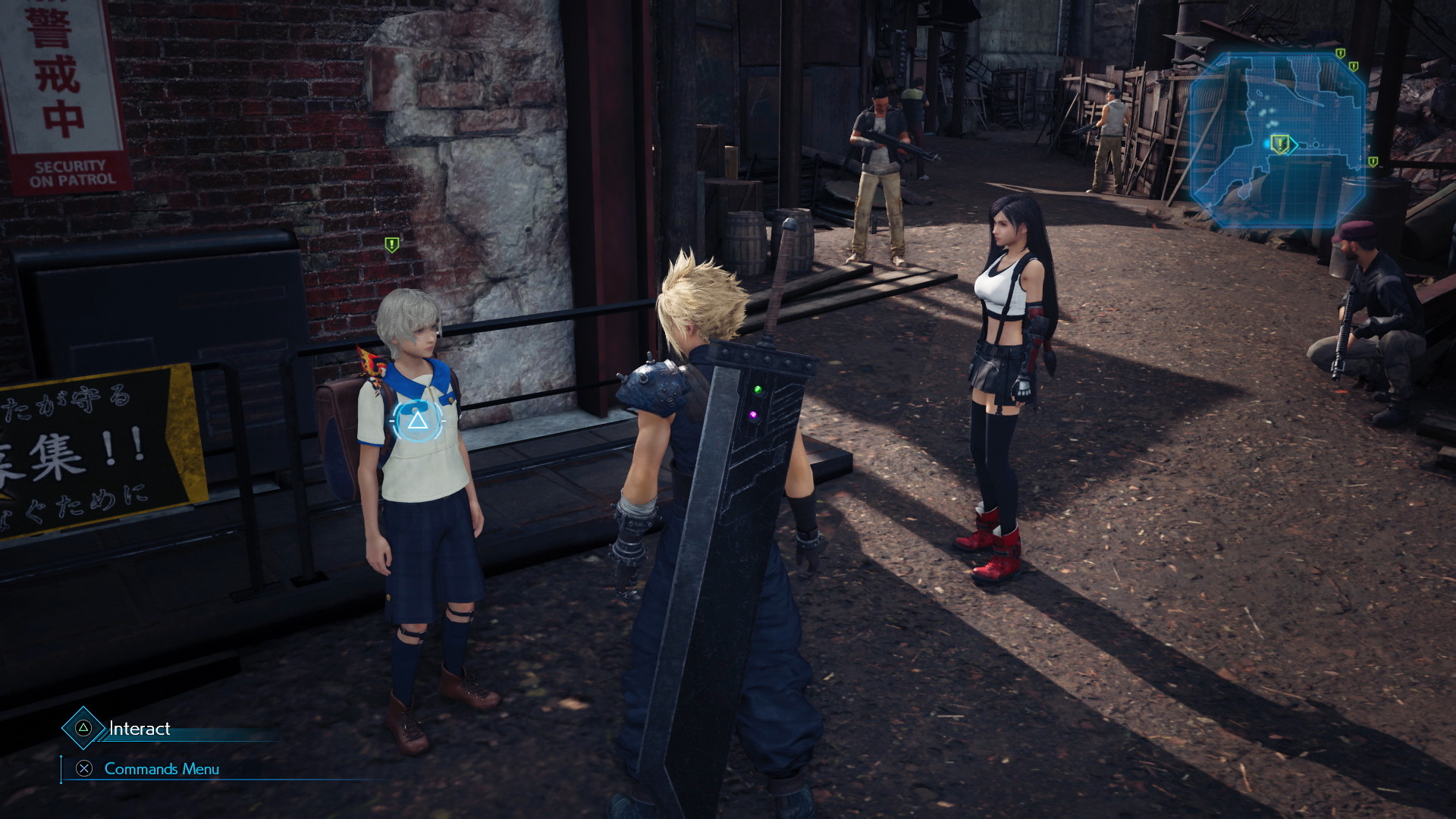 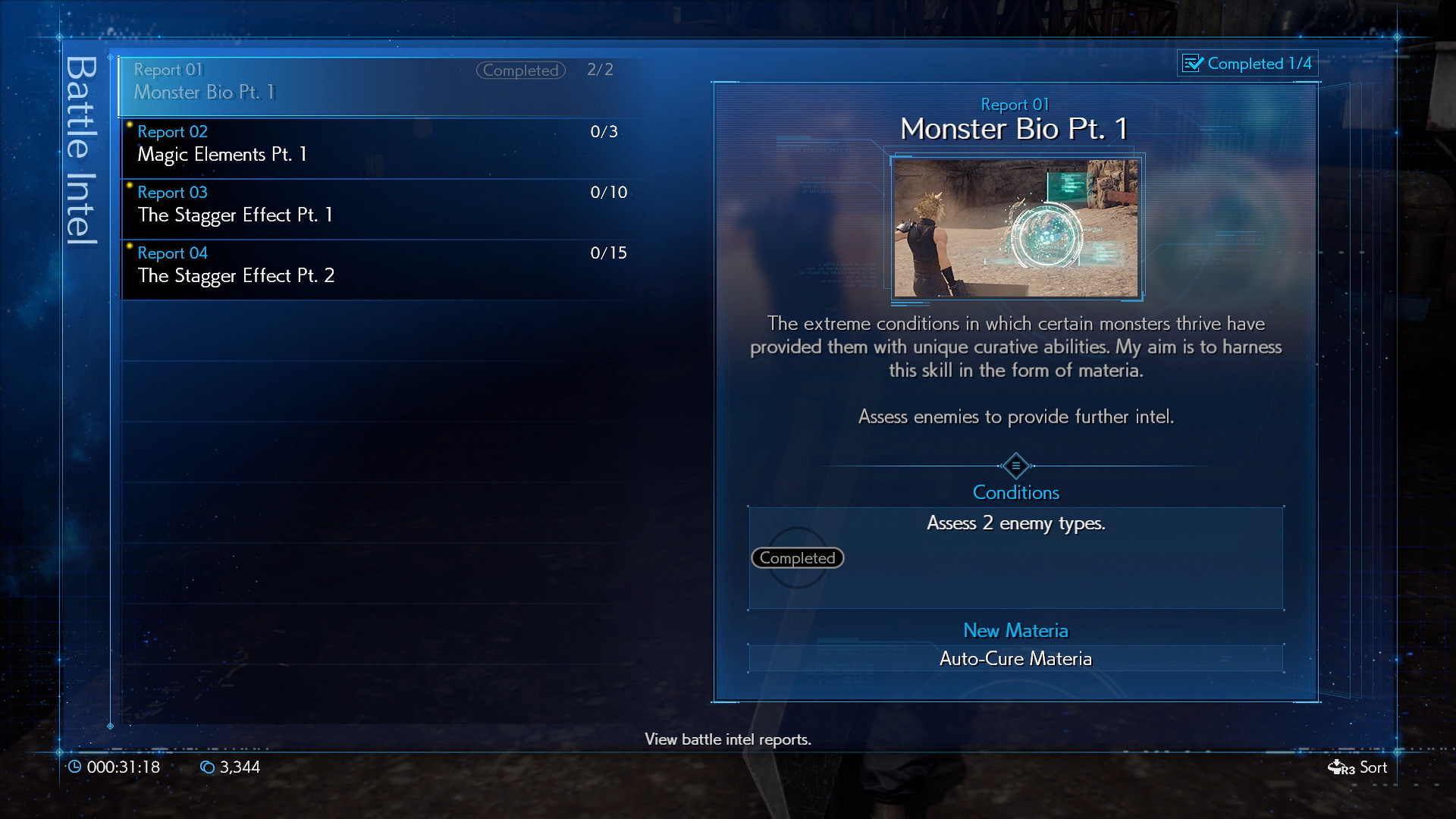 Complete these tasks, and he’ll develop more Materia that you can buy. 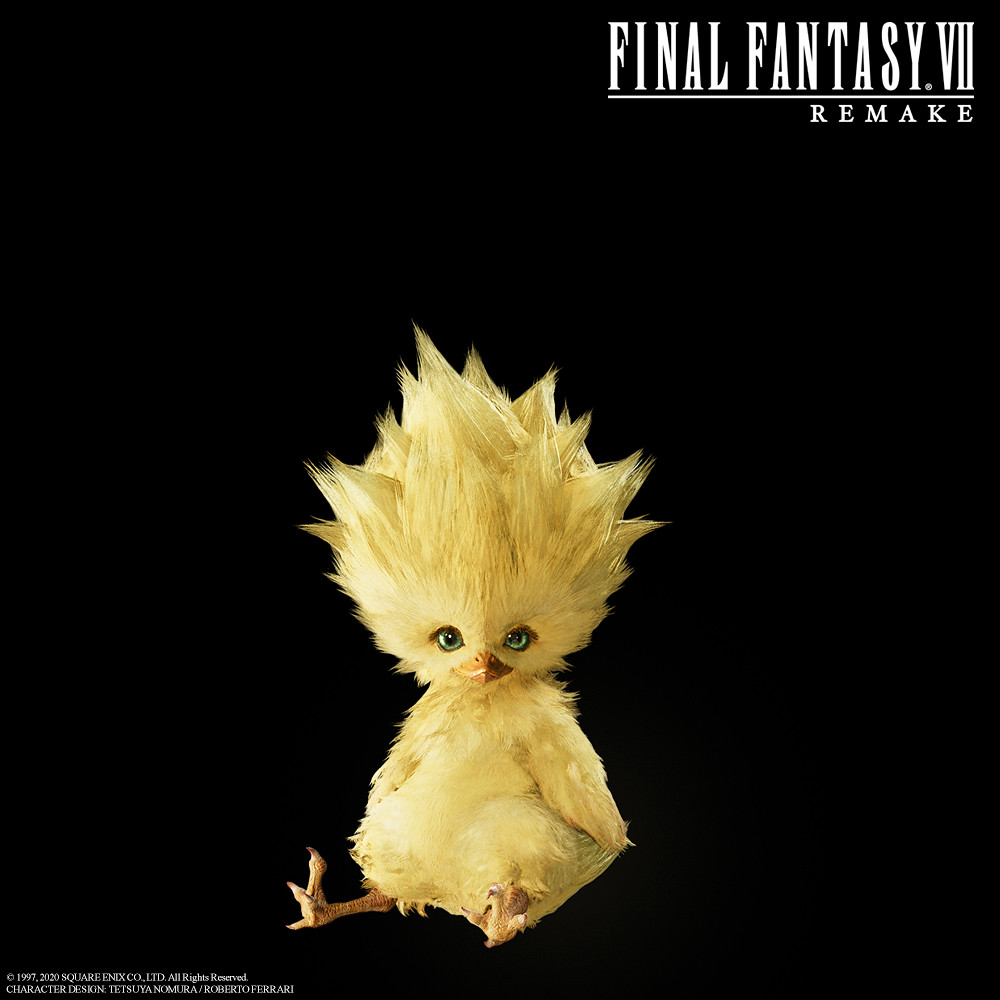 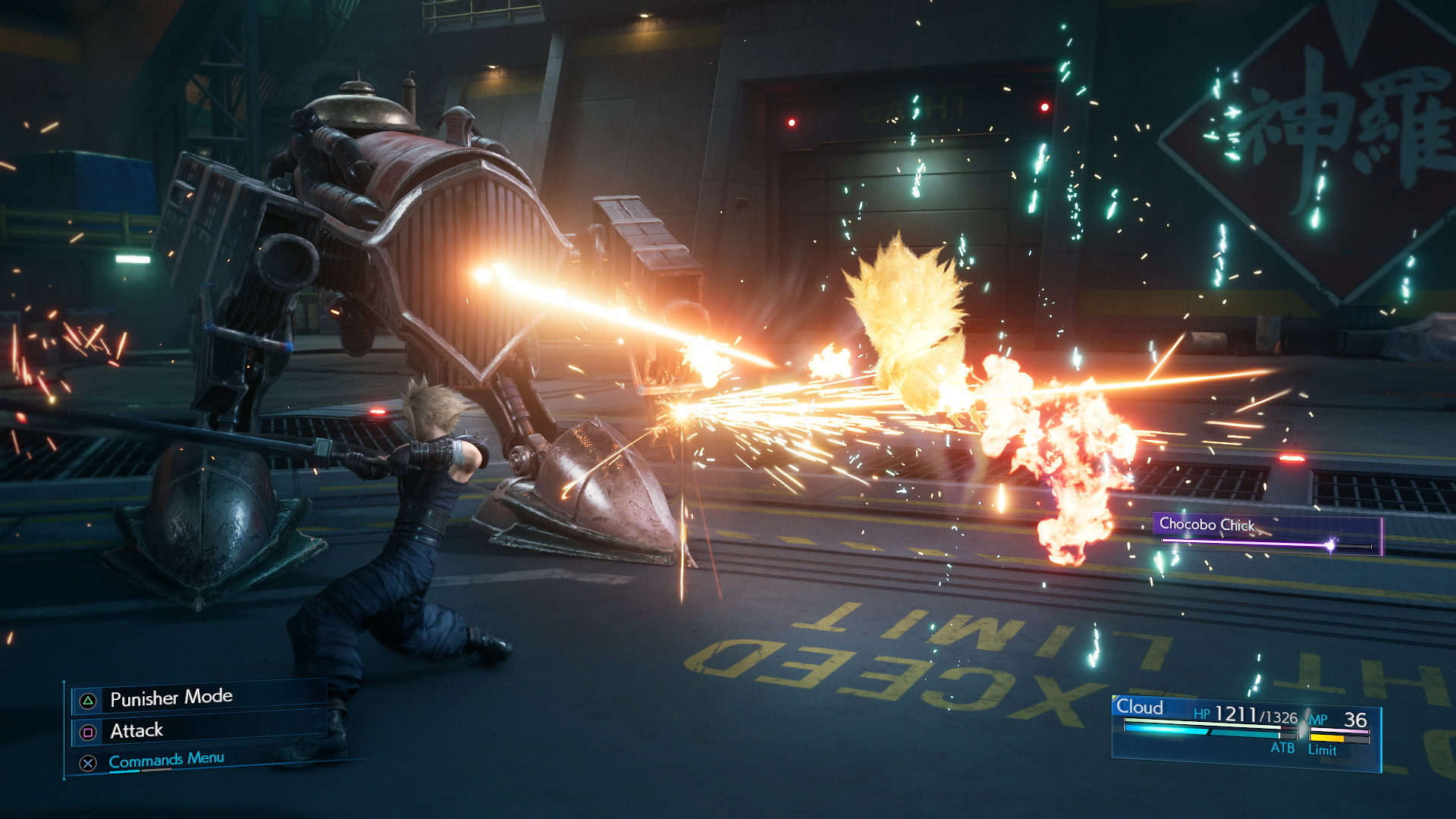 The Chocobo Chick may look cute, but don’t be fooled — its magical attacks pack a serious punch! It’s included when you preorder any edition of Final Fantasy VII Remake. 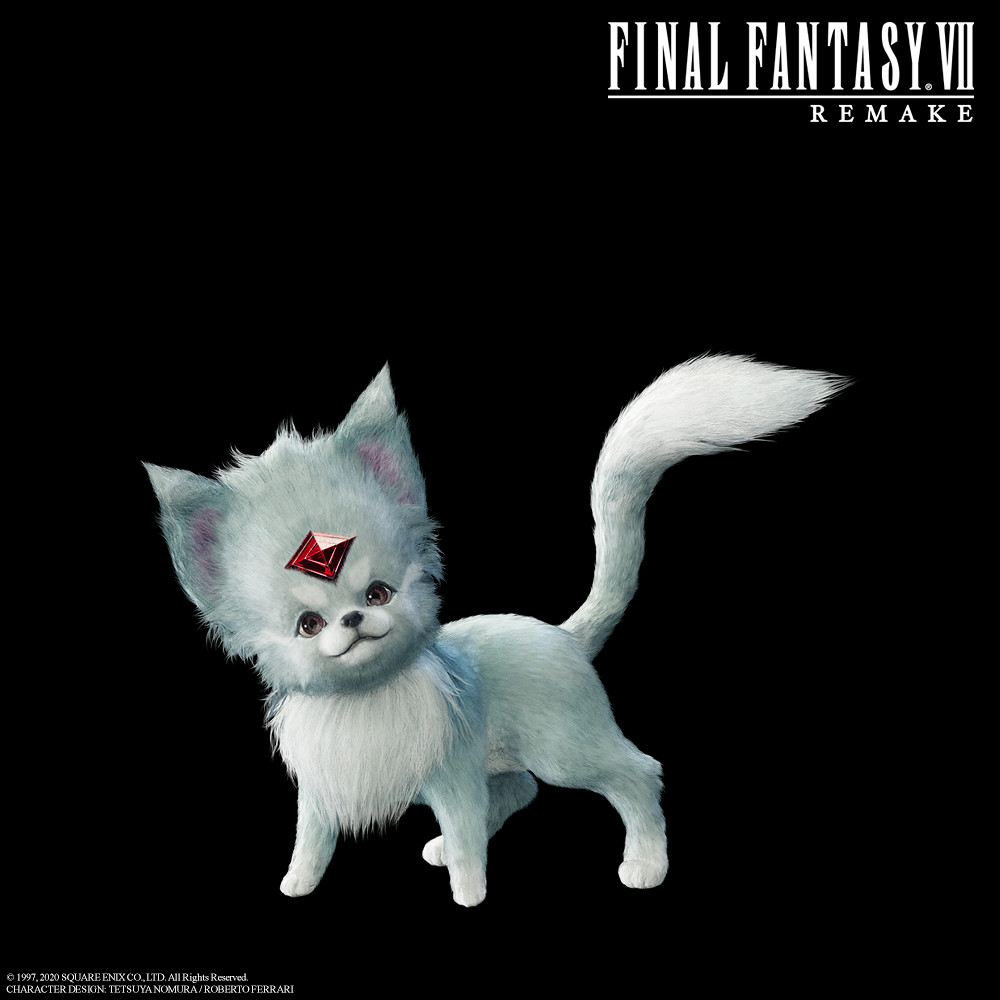 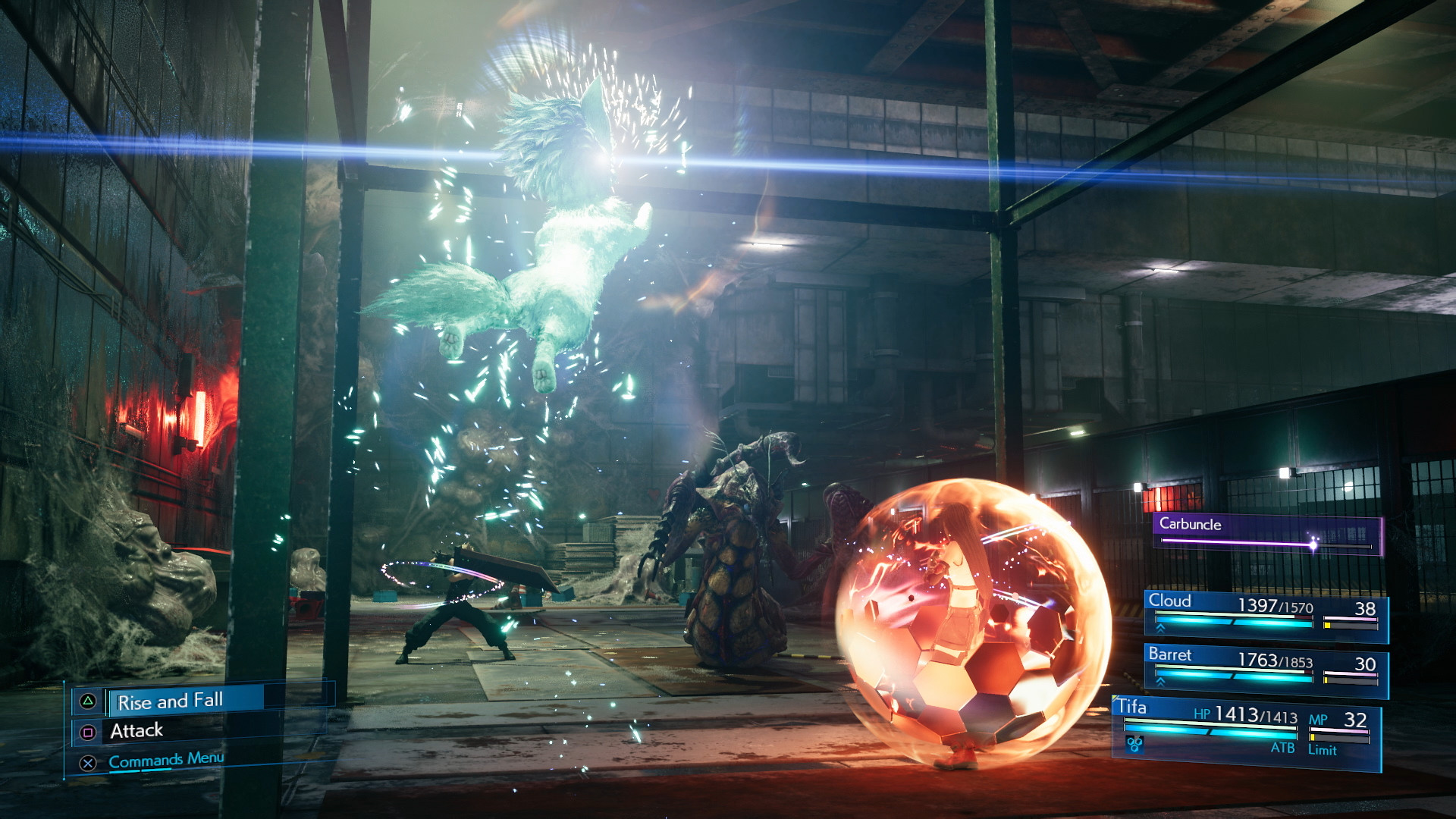 This is Carbuncle — a mystical creature with a ruby attached to its forehead. It uses this gem to bestow a variety of powers on its allies. You’ll get this summon if you preorder the Digital Deluxe Edition from PlayStation Store. 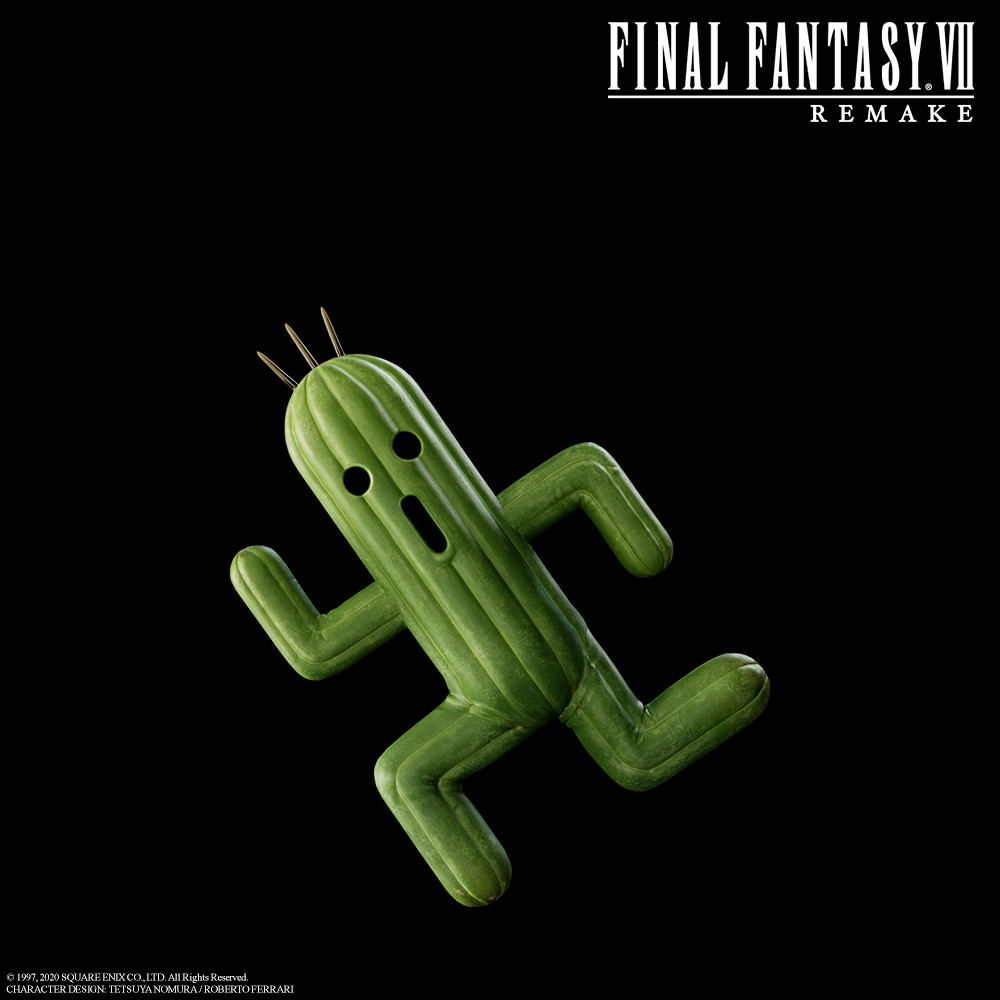 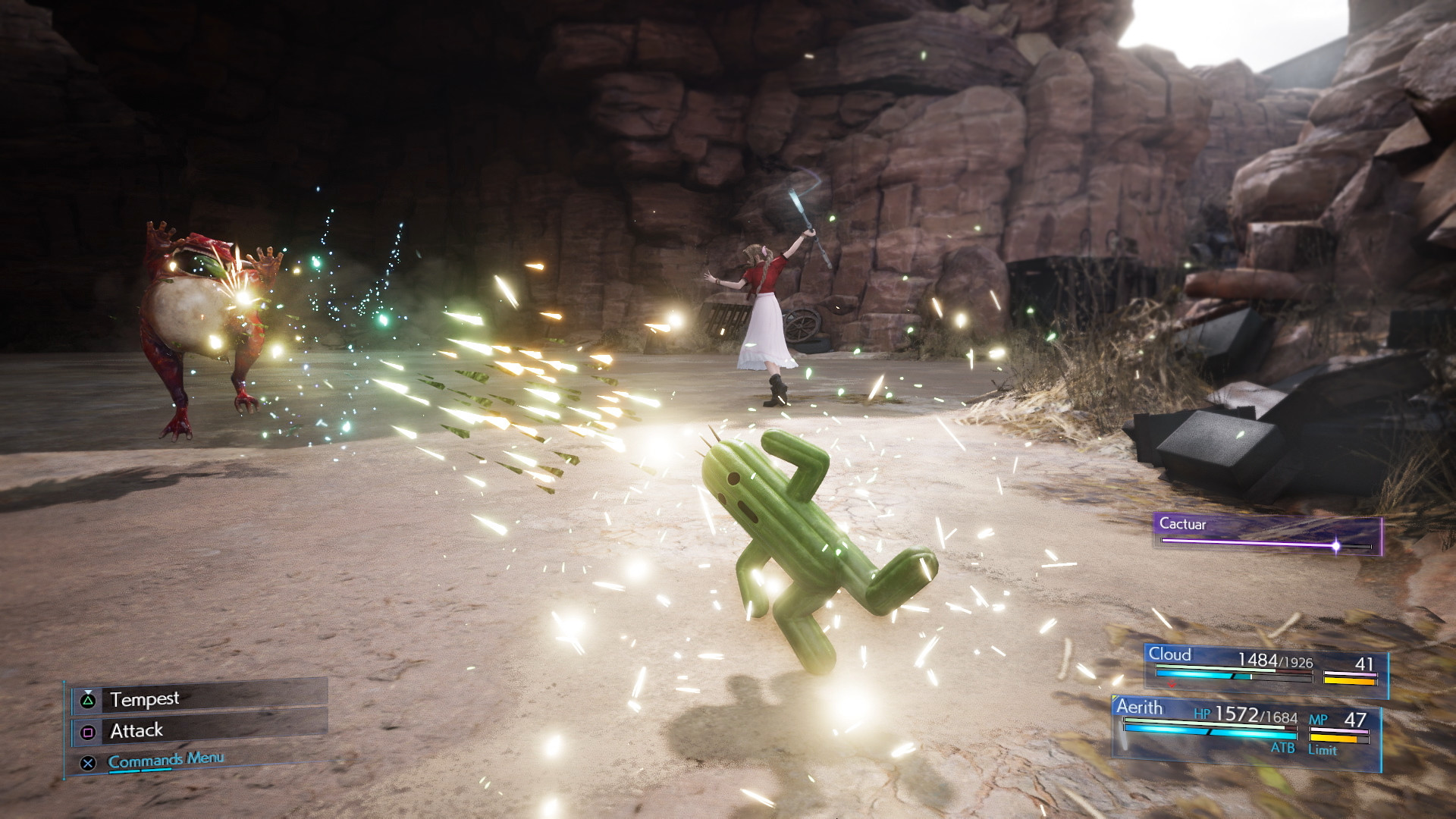 Cactuar! This vacant-faced cactus can fire off thousands of needles at a time. You’ll get Cactuar when you preorder the Deluxe Edition, Digital Deluxe Edition, or 1st Class Editions of the game.

In Final Fantasy VII Remake, iconic locations from the original game have been recreated with amazing modern graphics. Not only that, there will be additional areas that you couldn’t get to in the original.

Let’s take a look at a couple of areas: 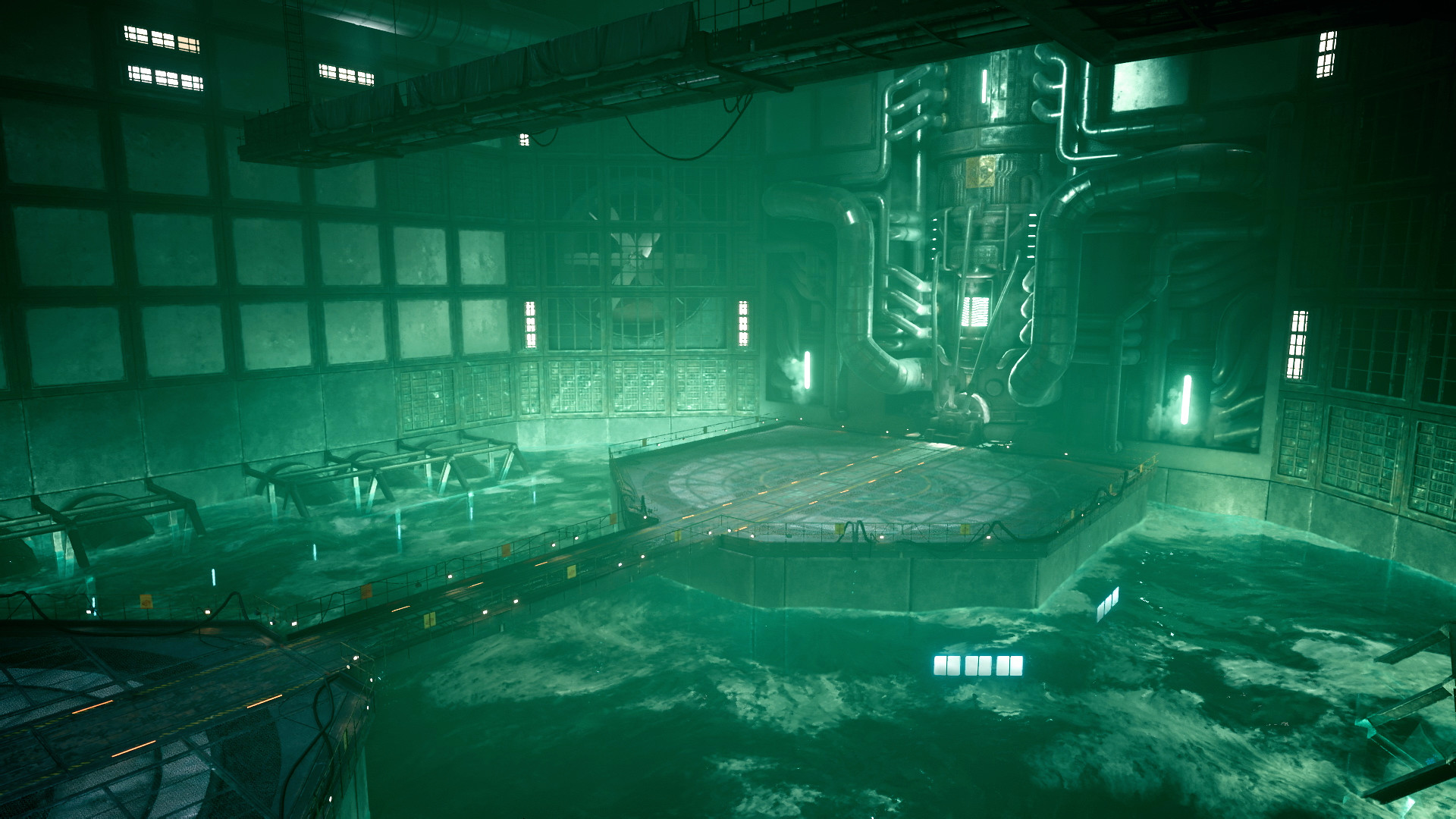 The Mako Reactor sucks out Mako from the core of the planet. It’s then turned into electricity or liquid gas for cities — though it’s also used to produce Materia and for other research.

The Shinra Electric Power Company has a monopoly on the resource, and have set up various Mako reactors across the world. However, some question the safety of this, and there have been confirmed cases of accidents in reactors at remote locations. 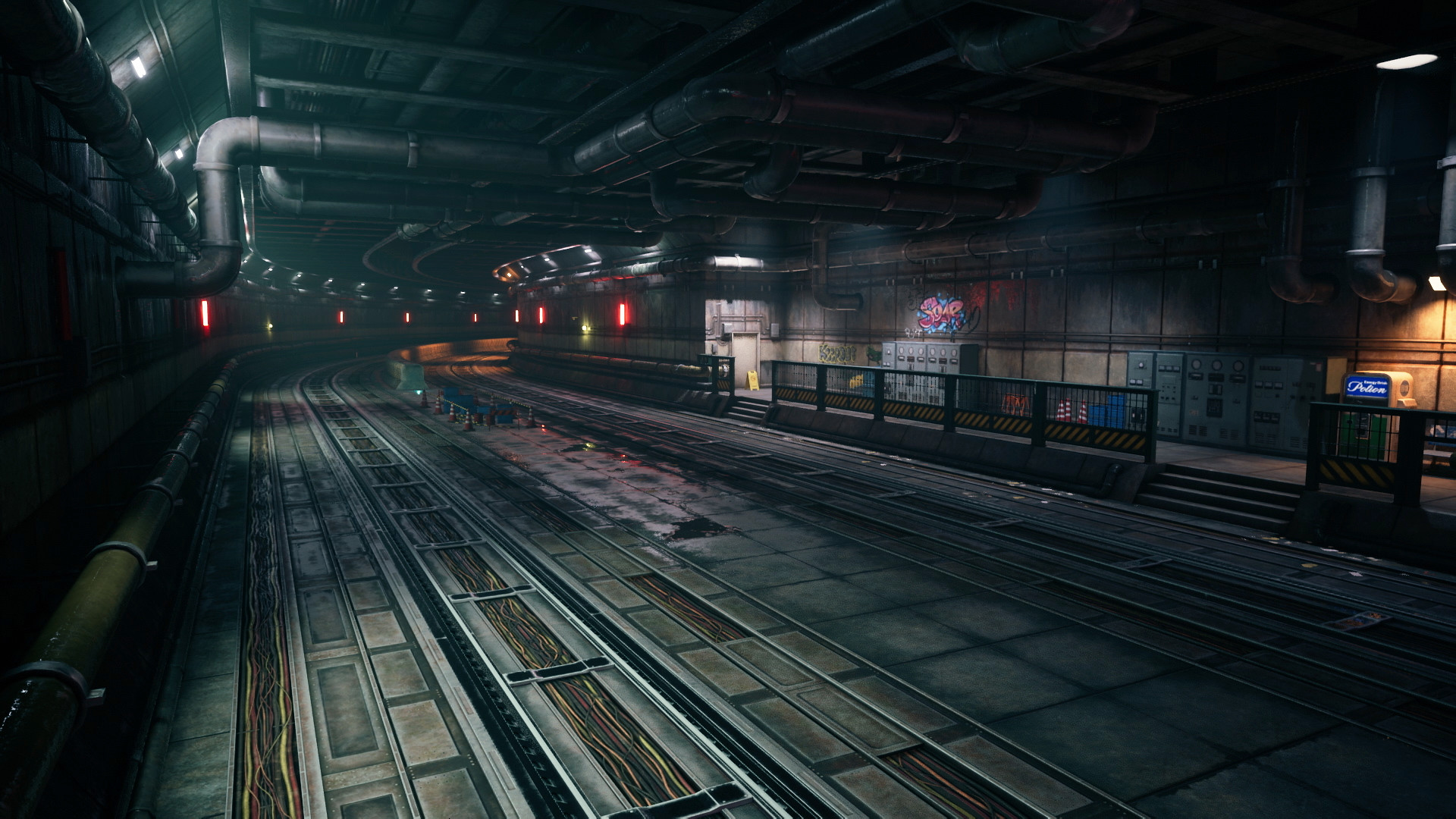 The Corkscrew Tunnel connects the slum streets to the nicer living areas on top of Midgar’s plates. The tunnel coils upwards in a giant corkscrew through the center of Midgar. Passengers on the train carriages are always checked for ID and movement between cars is closely monitored. When an intruder is discovered, military-grade weapons are deployed and intruders are dealt with quickly.