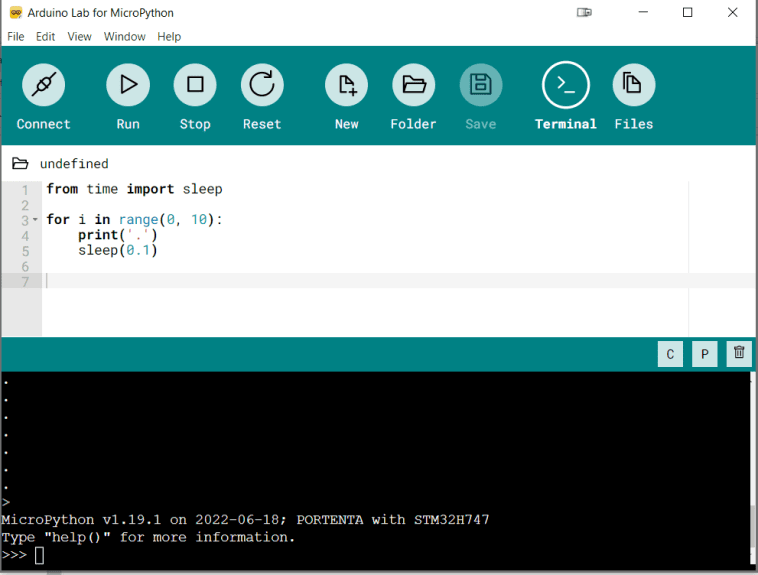 At Arduino we like to experiment with new technologies to figure out if we can use them to improve the tools we make for our users. We’ve recently been experimenting with the Python language as a possible extension for our programming platforms, considering how it has become the number one language for many types of users. Specifically we’re looking at MicroPython, the version of Python that runs on microcontrollers. We’ve created a partnership with OpenMV, which ported their computer vision oriented virtual machine to some of our products and enabled us to do incredible stuff with the Nicla Vision (for example).

Expanding on this initial experience we were lucky enough to partner with the creator of MicroPython, Damien George, to port the official the virtual machine to a number of Arduino products. You can find our code here. We’re sure you’ll going to love it!

Thanks to one of our developers (Ubi de Feo) we were able to test MicroPython on a class of students and we’ve learned a lot from that experience. In particular, we noticed that it’s hard to find a very simple cross platform MicroPython IDE that would be as easy to use as the original Arduino IDE.

Luckily we came across the work of Murilo Polese, who developed a simple tool we were able to adapt and use for teaching. The results have been so good that we decided to collaborate with him to produce a tool we can share with the community.

We’re very excited to announce the new Arduino Lab for MicroPython, a simple, cross-platform IDE for MicroPython that supports any board with a serial REPL interface so it can also work with non-Arduino boards.

This is not an official product yet, it’s an experimental tool — but we wanted people to play with it so we created a new website “Arduino Labs,” where we’ll post experimental tools for people to try out and give us feedback. It’s not guaranteed that they will become fully released products. In the meantime, enjoy them and try them out!

You can find Arduino Lab for MicroPython at labs.arduino.cc.