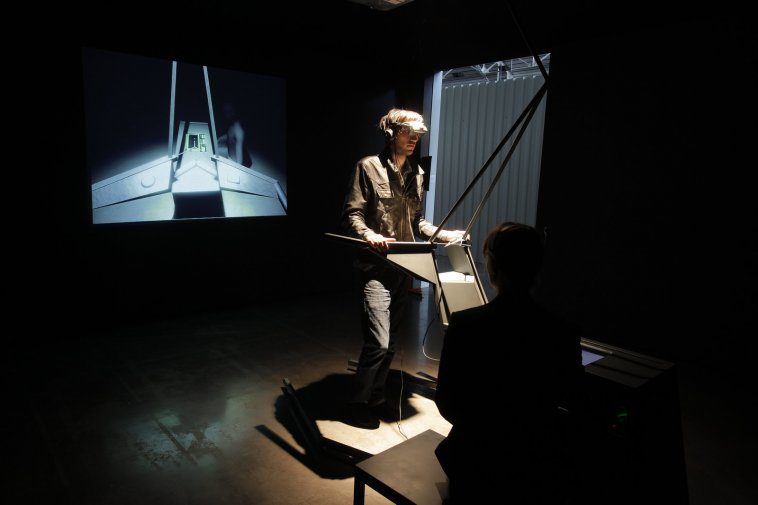 We’re excited to dive into the making of the game, and the adventure awaiting players in the mysterious  mask realm. 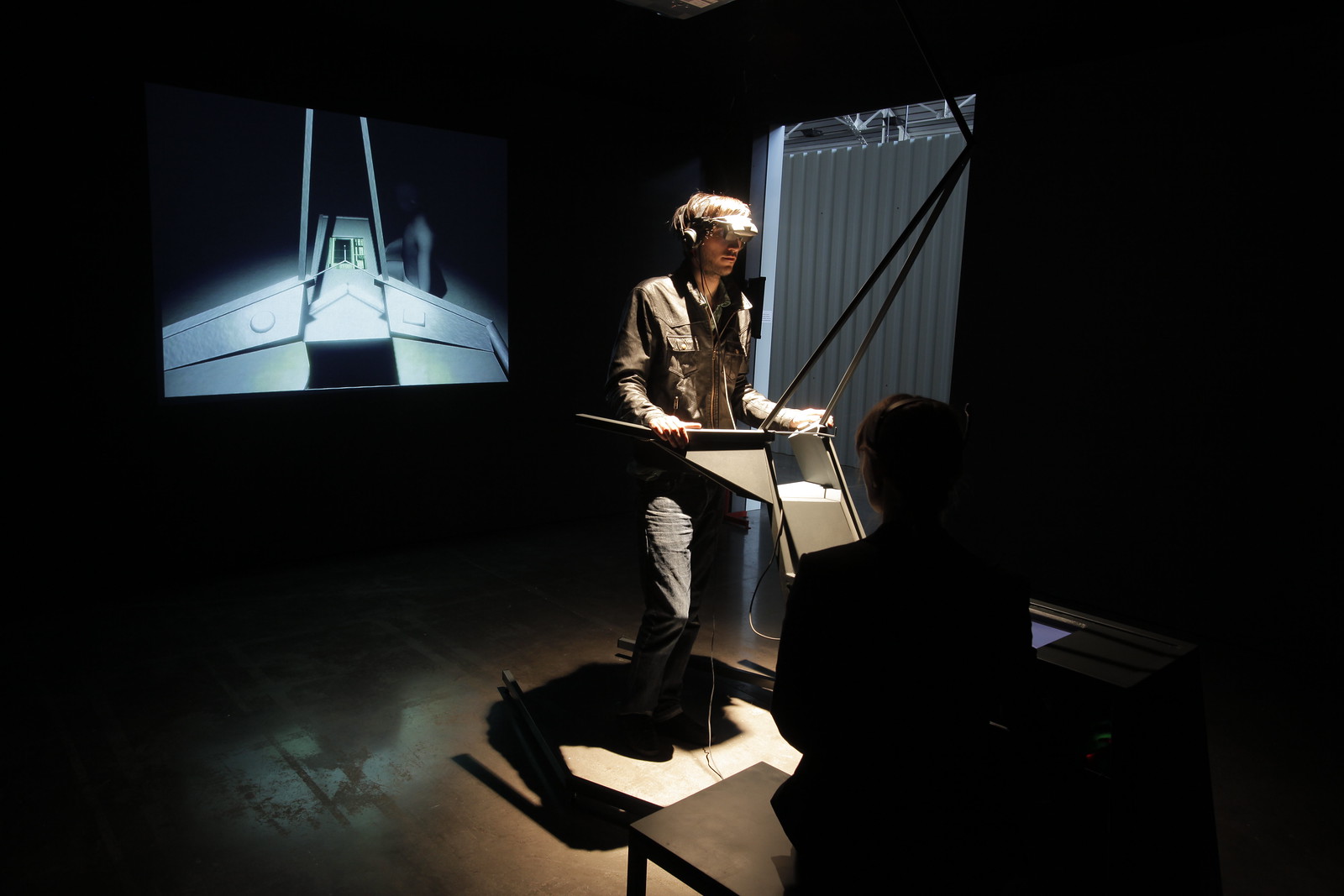 From studying cinema to exploring VR

While I was still in school, I had taken a more traditional course in cinema, but after graduating I found that I wasn’t very eager to join the cinema world, as I felt there were a lot of stories that had already been told through the medium. I remember as a child, I was intrigued by the potential of video games to tell different kinds of stories, so after making a few short movies, I moved onto using game engines and exploring that potential.

I had heard about this post-graduate art center, where artists were experimenting with new technology to move storytelling beyond the traditional language of cinema, so it was a perfect fit for me. I was able to get there and started working VR for the first time. Right away I spent almost all of the grant I had on buying this really primitive headset, which had a resolution of no more than 800 x 600 pixels and tried to do all sorts of things on it to make it work. It was how VR was in 2010!

… pretty underwhelming. But as I started to dig more into the potential of storytelling in VR, and it was very clear to me, even with the limitations of the technology at the time, that there were so many possibilities to tell these amazing stories through this medium. 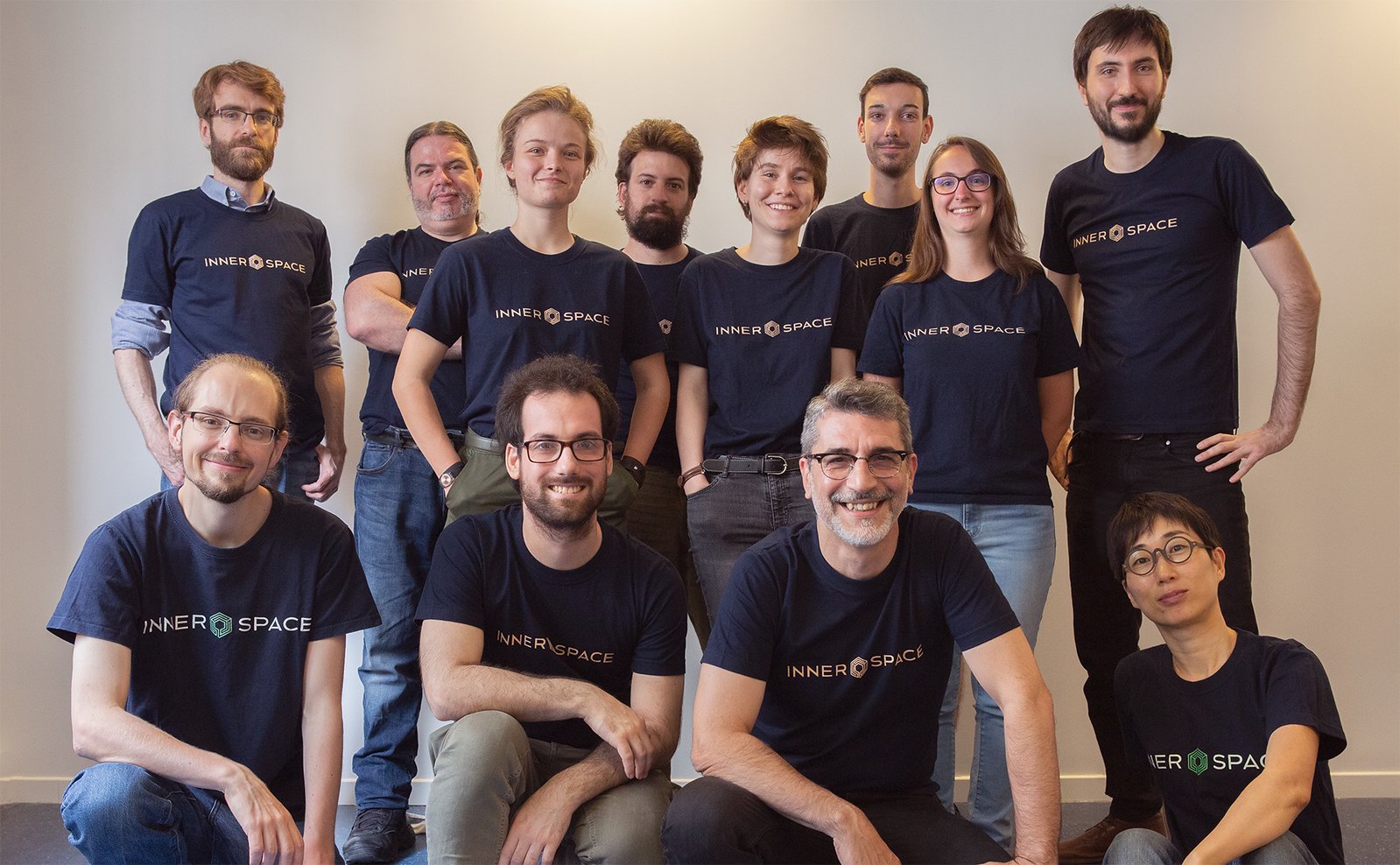 The DNA and philosophies of Innerspace VR

Our studio was founded in 2014 in Korea, during the very early stages of the rise of VR.  Early on, we started with a really small team that grew organically, project by project, and eventually moved back to Paris.

These past few years we have worked on all kinds of VR projects, and have been recognized for our sense of innovation and our artistic approach. A Fisherman’s Tale was our first game, but besides games we still work on many other experiences such as VR art installations.

Our DNA is both narrative and artistic, however we’ve always followed closely where gaming in VR was headed. Our goal hasn’t changed much over the years: we strive to explore the medium artistically, especially the storytelling potential through interaction, and try to make great VR, whatever that is! One of our mottos is that if VR cannot bring something significantly transformative to whatever it is that we are creating, whether it is a narrative or gaming experience, then we need to rethink our approach.

Learning from the past

Our first game was A Fisherman’s Tale, which was a real blessing for us as it is now recognized as one of the best VR narrative games. But of course, as a studio, there is always room for improvement and evolution.

With Maskmaker, we wanted to challenge ourselves and expand beyond the little world we had created in our previous game, and get away from the linear structure of storytelling. We also wanted to create a longer experience – which was the most critical feedback we heard with A Fisherman’s Tale. 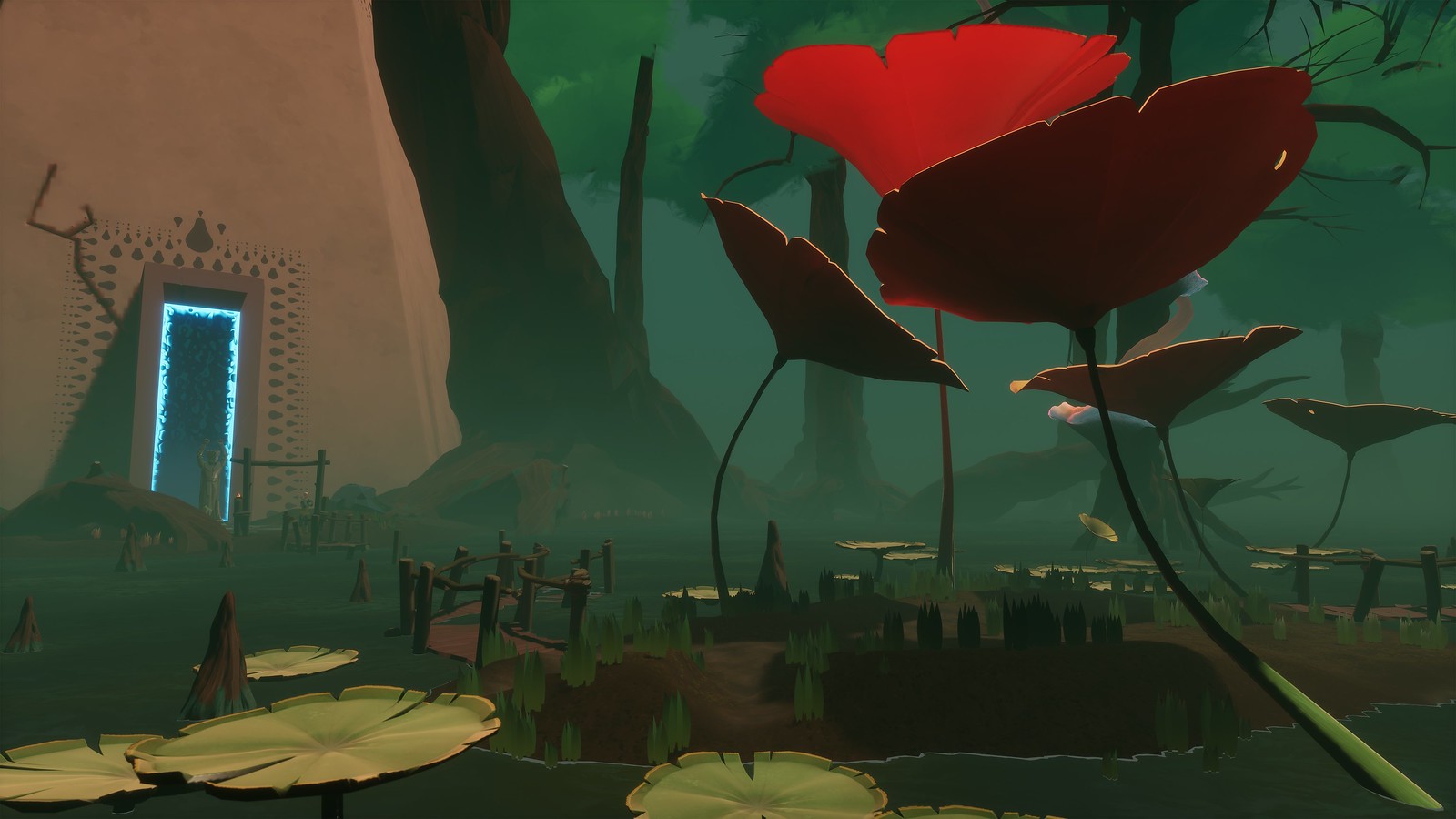 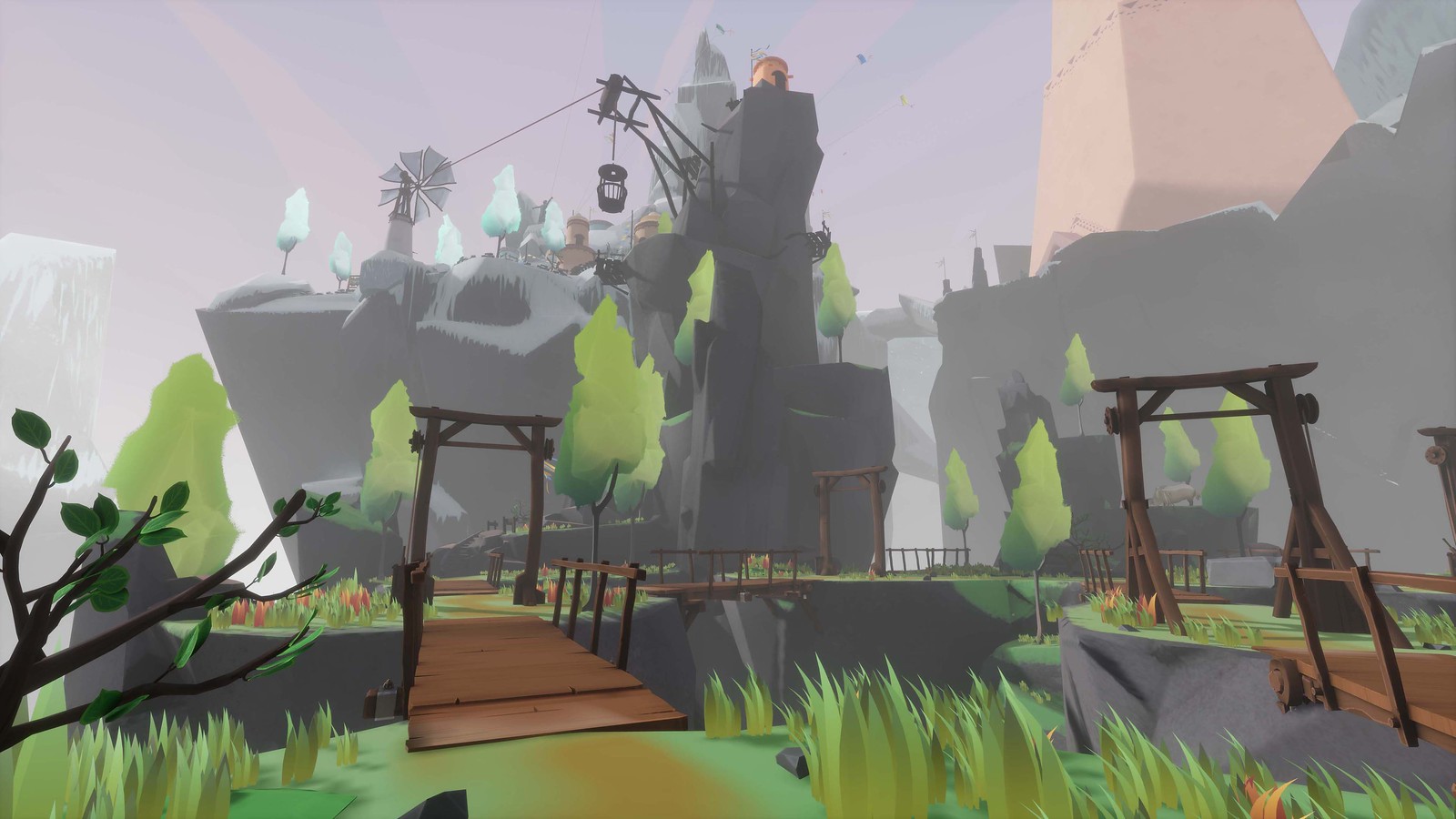 So we started thinking about how we could achieve that and create this rich adventure that takes place in a more open ended world. Maskmaker is definitely our biggest game to date, and it’s certainly not an easy task, especially for a VR game. 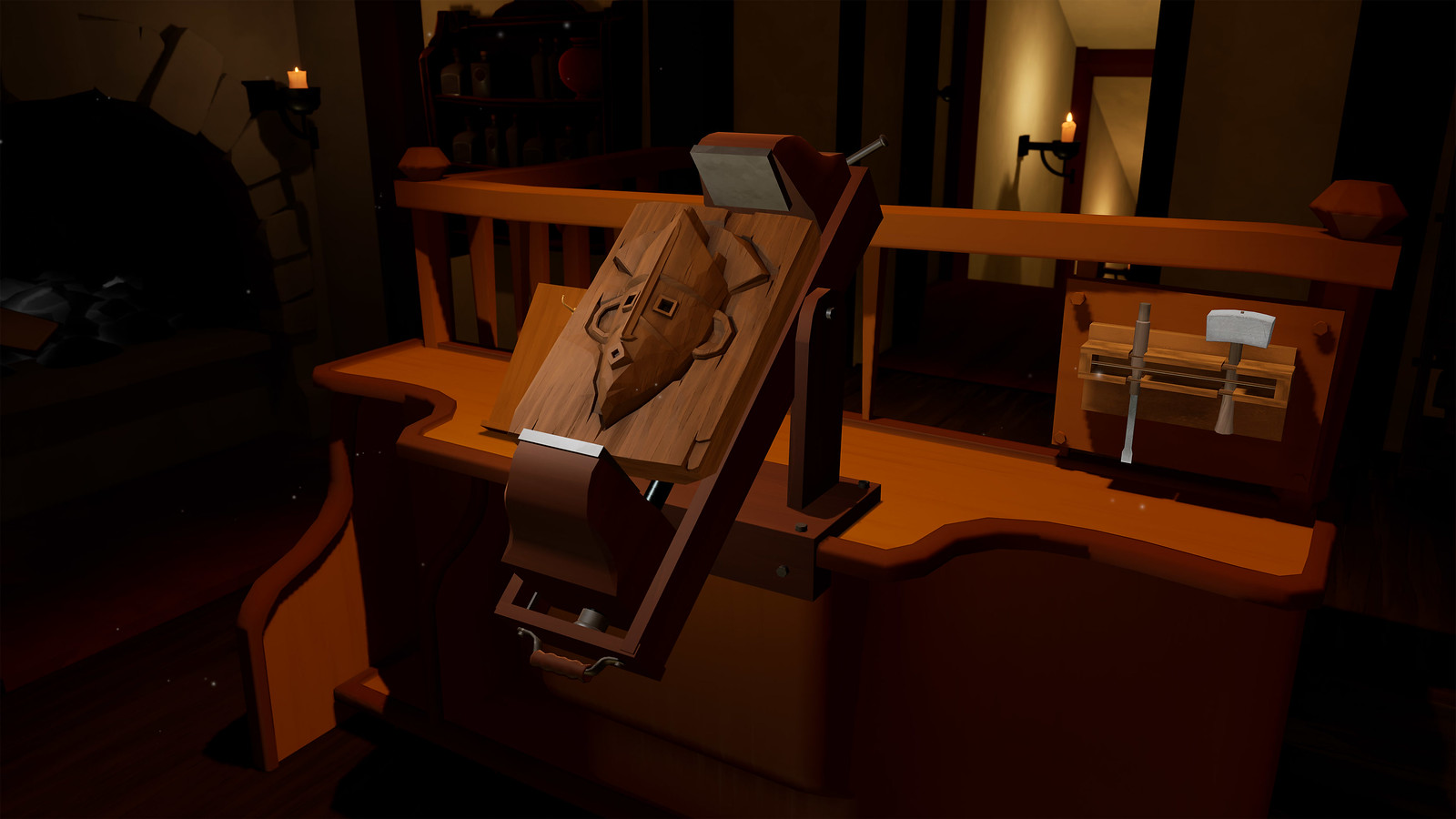 A fascination with masks

I grew up surrounded by masks as my father is a collector of them. As a young boy, I used to spend a lot of time in his workshop, imagining their purpose, the spirit behind them, and thinking of what kinds of people around the world had worn them, their environments, their lives – all of that was peppered with the magic of childhood imagination and its fantasies.

But it was only when I later discovered VR and its capabilities that I fully realized the potential of masks as a subject for a game project, and I wanted to explore what that could look like. Then quickly came this concept of playing with magical masks as portals to another world.  When we started thinking about Maskmaker, we were aiming to explore something more dark and mysterious than what we had previously done in our projects. What I really like about masks is that there is something really whimsical and wondrous about them, but also something a bit spooky, so the project became this dark fairytale about masks and the magic they hold.

We carefully designed the masks and the environments in the game so that each would have a distinct identity to give the players a strong sense of being immersed in different cultures and being almost part of this world.

Becoming a craftsman in VR

The designs of the mask start off pretty simple in the beginning, but as players progress, they’ll really need to get creative and find the proper materials and blueprints in order to unlock more areas of the mask realm. With the magic of VR, we’re able to mimic these real movements – sculpting the masks using the chisel, painting with brushes and more – and make them really precise to create some of the more intricate designs of each mask to make them feel like they are experienced craftsmen-women!

In comparison to our previous work, Maskmaker is more of an adventure game than a “puzzle game” in the strictest sense. Puzzles are set in the players’ way across the different levels – the biomes of the mask realm – and they’re more a means to challenge the exploration of the users so they can reach for new crafting components, and learn the truth behind the story of the world and its king, Prospero.

We designed the puzzles inside the type of natural environment and background story of each biome, so in that sense, they are also more inherently connected to the level design than individual puzzle set pieces. 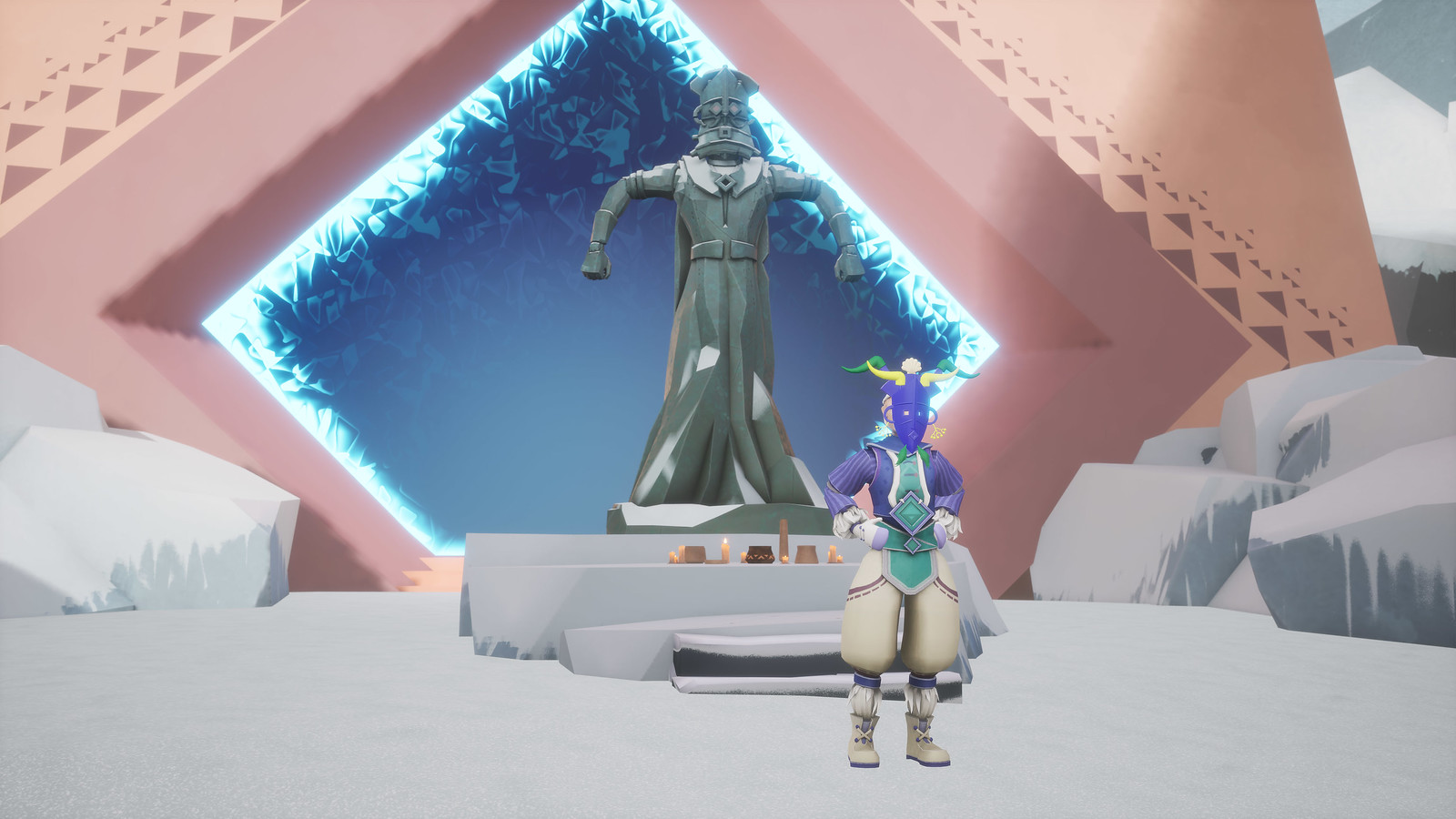 We really tried to intertwine the feeling of being challenged by the puzzles, being moved by the story and being visually amazed by the environments.

It’s been an incredible journey creating this game with the support of Creative Europe, MEDIA programme of the European Union and the Ile-de-France region, as well as the publishing team at MWM Interactive. We’re so excited for players to step into the magical adventure of Maskmaker, and we hope they will fully experience the magical atmosphere of the world and find a feeling of freedom and discovery in wearing those masks and traveling through them.