Team Xbox is hard at work preparing for E3 and beyond, but we have a few new features that are rolling out broadly beginning today! The May 2019 Xbox Update includes improvements to your friends list, messaging, and better sorting in My Games & Apps. Here’s a rundown of what’s new: 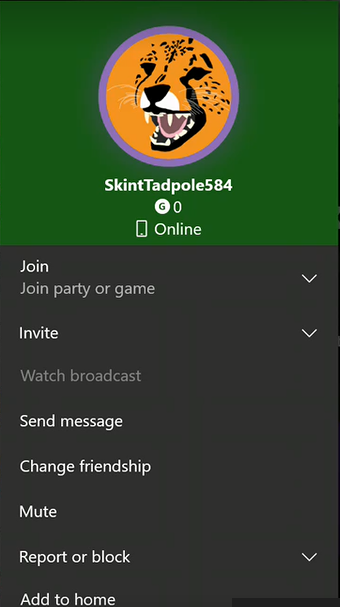 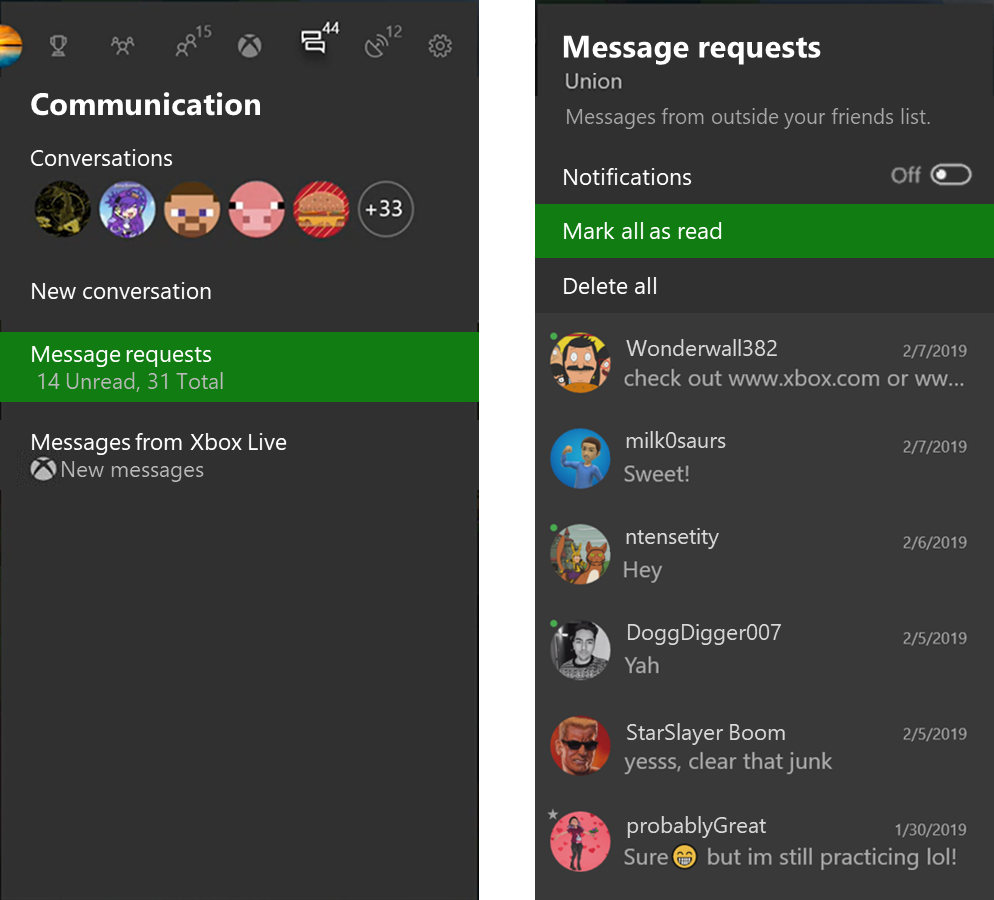 Message Requests
Your messages are getting smarter. Xbox is adding a new Message Requests feature which will prioritize messages from your friends and anyone you want to communicate with while separating out messages from people you don’t know into a secondary message requests tab.

Better Sorting in My Games & Apps
Our team has made it even easier to find the content you’re looking for in My Games & Apps. Articles such as “a,” “an” and “the” will no longer be used to sort titles when using the “Sort A-Z” and “Group by letter” views. For example, “The Witcher” will now be found under “W” instead of “T.” Thanks so much to our Xbox community for helping prioritize this change by voting in our recent “My Games & Apps” Idea Drive, and don’t forget to check the Xbox Idea Hub for other topics to which you can contribute.

These updates are available based on the input from our Xbox Insiders who have helped shape these features. Thank you to all of you for your valuable input and continued participation. If you’d like to help define the future of Xbox and get access to early features, download the Xbox Insider Hub app on your Xbox One or Windows 10 PC today and share your ideas at the Xbox Ideas Hub. You can also visit the Xbox Insider Blog here for the latest release notes and to learn more. Enjoy the May Update and happy gaming!

Related:
Beware the Rat Swarm – A Plague Tale: Innocence Available Now on Xbox One
Undead Horde Rises on Xbox One
Stay on Target with These Sniper Elite V2 Remastered Tips and Tricks