We’re excited to announce starting June 9 and extending through June 14, Grounded, Obsidian’s upcoming survival adventure game, will officially roll out their flight for global players! You will now have an opportunity to play an early demo of Grounded through the Xbox Insider Program or through Steam Game Festival. The demo gives players a look at one day in the life of Grounded’s single player campaign.

Participation through the Xbox Insider Program is the only way to play Grounded on an Xbox One during this time period, so make sure you join to be an Xbox Insider for a chance to participate. Once registered, on June 9, all accepted participants can open up the Xbox Insider Hub program (on Windows 10 PC or Xbox One) and start downloading Grounded. Involvement in the Xbox Insider flight will be on a first-come first-serve basis due to the limited number of slots available. The official opening of the flight will be announced via Twitter, so keep an eye for updates from @GroundedTheGame.

We’ve listened to the community, and due to the overwhelming response and interest to participate in the Xbox Insider flight, we’ve updated our plans accordingly. As mentioned earlier, we will now also be participating in the upcoming Steam Game Festival to give even more players an opportunity to play the Grounded demo. The Steam Game Festival starts on June 9 and extends through June 14 as well, and all you need is an active Steam account to be able to download and play the same demo that will be released through the Xbox Insider flight.

We’re excited to have you start this journey with us and get into the game, as it is important to us to get your feedback. Having both the Xbox Insider and Steam demos line up at the same time means we can hear from as many of you as possible before the game enters Xbox Game Preview with Xbox Game Pass Ultimate and Steam Early Access on July 28. See you in the backyard soon!

For the latest on Grounded, stay tuned to Xbox Wire and follow @GroundedTheGame on Twitter for future updates. 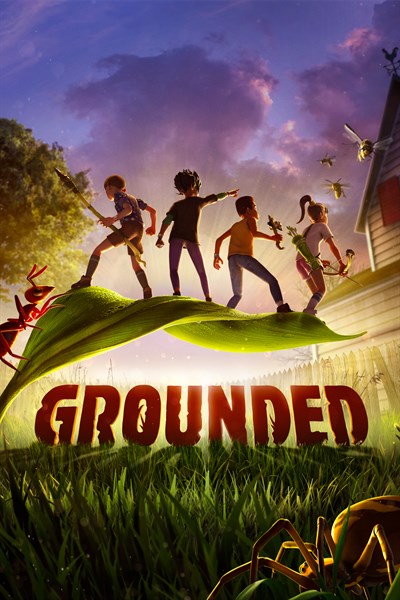 ☆☆☆☆☆
★★★★★
Get it now
Xbox One X Enhanced
The world is a vast, beautiful, and dangerous place – especially when you have been shrunken to the size of an ant. Explore, build, and survive together in this cooperative survival-adventure. Can you thrive alongside the hordes of giant insects, fighting to survive the perils of the backyard? Join our community and help shape the future of Grounded in Xbox Game Preview. – Reactive World and Insect Life – Explore this immersive and persistent world, where the insect life reacts to your actions. – Base Building and Crafting – Shelter and tools are critical to your survival. Build epic bases to protect you and your stuff from the insects and the elements. Craft weapons, tools, and armor, allowing you to better fight, explore and survive. – Online Co-op – You can face the backyard alone or together, online, with up to three friends – it is your choice. – Campaign – Uncover the secrets lurking in the shadows of Grounded as you freely explore the backyard and progress through its mysterious story.