Jagex has partnered with Smite to bring a whole host of cosmetics that represent the world of RuneScape!

RuneScape and Old School RuneScape crash into Smite with a variety of skins, cosmetics, and mayhem! These fantastical new skins include RuneScape and Old School RuneScape icons like Rune Armor Bellona (I guess Bellona never left free to play on RuneScape) and King Black Dragon Cerberus (KBD). KBD’s never looked so good, and your enemies won’t have the benefit of an anti-Dragon shield. Wise Old Man Merlin and Gnome Child Vamana also bring some mischief to the Battleground in their pursuit of Quest Points. Finally, Blessed Dragonhide Neith is hitting the ground rolling with one of RuneScape’s best ranged armors. Plus, check out two new cosmetic bundles, one of which is entirely free, in order to get awesome in-game content representing Old School RuneScape and RuneScape!

But that’s not all we have for you, there’s also over 69 unique capes to unlock via grinding, and the above skins even include above-the-head RuneScape-styled chat effects! So you’ll be encouraged to do your skilling in both RuneScape and Smite!

Don’t leave yet though, because there’s also a new Battle Pass coming to you with the Cyber Tokyo pass, which has some great skins such as Tokyo Knight Ares, available as the Buy-In reward, along with Spectral Oni Cliodhna, Mecha Empress Hera, and Rogue Cyborg Izanami.

As a special one-time promotion, ALL new players who start playing Smite in the new update will receive the Premium Cyber Tokyo Battle Pass for FREE! That’s right- all-new Smite players and players who haven’t played in over a year will have access to tons of premium content. You only need to complete up to level 7 (by playing matches) in the Welcome Pass in order to receive the Premium Battle Pass. 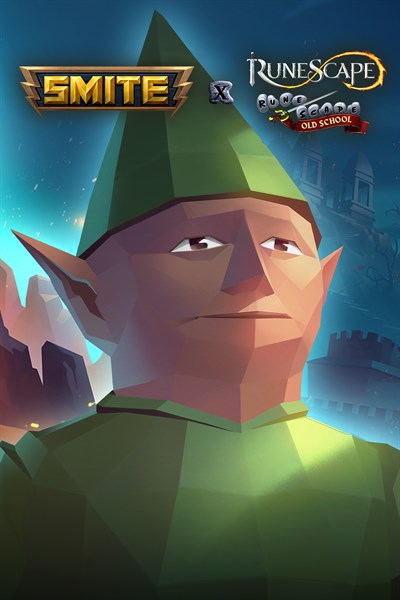 ☆☆☆☆☆1315
★★★★★
Xbox One X Enhanced
Enter the Battleground of the Gods Join 35+ million players in SMITE, the world’s most popular action multiplayer online battle arena. Become a legend of myth, enter the Battleground of the Gods, and play FREE now! 100+ Gods
Unleash each deity’s unique strategies, legendary weapons, and earth-shattering powers. Rain lightning down upon your foes as Zeus or strike from the sky as Thor. Which God will you choose?“ Unique Perspective
Unlike other MOBAs, SMITE puts you directly onto the battlefield with a third-person action viewpoint. From blind-side ambushes to aimed shots, a new pantheon of strategic possibilities awaits. © 2012 – 2022 Hi-Rez Studios, Inc. „SMITE“, „Battleground of the Gods“, „Titan Forge Games“, and „Hi-Rez Studios“ are trademarks or registered trademarks of Hi-Rez Studios, Inc. in the U.S. and/or other countries. All trademarks and copyright material are property of their respective owners. All rights reserved. Jagex, RUNESCAPE, OLD SCHOOL RUNESCAPE, and the Jagex “X” logo are registered and/or unregistered trademarks of Jagex Ltd in the United Kingdom, European Union, United States and other territories. All rights reserved. © 2022 Jagex Limited. All rights reserved.