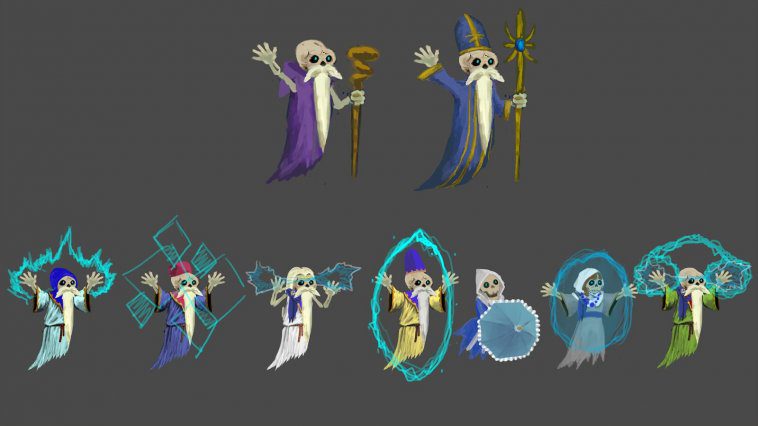 Get ready to challenge again! The noble knight Arthur sets out on a new adventure to rescue the princess from the Demon Realm in Ghosts ‘n Goblins Resurrection, coming to PlayStation 4 (and backwards compatible with PlayStation 5) on June 1.

Some 35 years ago, the first Ghosts ‘n Goblins made its grand debut in arcades. Few players knew what would await them as they dropped that first quarter into the machine, and fewer still could have guessed that beating the game would set them up for a ghoulish surprise; the game wasn’t over until you completed it a second time after a brutal second loop of the game.

The hard-as-nails legacy of Ghosts ‘n Goblins has earned the franchise a reputation for its difficulty over the years but for this entry, we’ve kept the challenge while making the game far more accessible. Not only are there multiple difficulty modes that cater to players of all skill levels, we’ve also included a series first: two-player local co-op.

To shine a light on the decision to give this traditionally single-player experience a two-player twist, we spoke with the game’s Chief Producer, Yoshiaki Hirabayashi (a.k.a. “H”). Best known for his work on the Resident Evil franchise, H was kind enough to speak with us about how this mode came to be.

“The local co-op mode was an idea that existed from the earliest stages of the development phase, and was brought up by Director Tokuro Fujiwara,” says Mr. Hirabayashi. Long-time Capcom fans may recognize that name – Mr. Fujiwara was also the director of the original Ghosts ‘n Goblins, and returned to direct Ghosts ‘n Goblins Resurrection, as well.

“The first time the format and goals of this mode were presented by Director Fujiwara, I felt that it was spectacular and I wanted to make it happen, ” says Mr. Hirabayashi.

When you consider how long the franchise has been a strictly single-player affair, it raises the question: What made this the right time to add co-op?

“This IP has been loved by many players for over 35 years, and those who played the earlier titles may now have kids of their own,” explains Mr. Hirabayashi. Mr. Hirabayashi recalls that the entire dev team was excited by the idea of co-op mode, hoping this addition would allow the game to transcend generations and offer a great way for long-time fans to share this arcade-style experience with their kids or even family and friends who may be new to platformers.

“Of course, it was a challenge for us to prepare this mode, as we knew there were going to be certain expectations since this is the first title within the series that supports this kind of gameplay,” says Mr. Hirabayashi. “Overcoming the difficulty the game provides while having fun playing and communicating with your friend or loved one is a brand new concept, and we weren’t sure how players were going to react to this.” 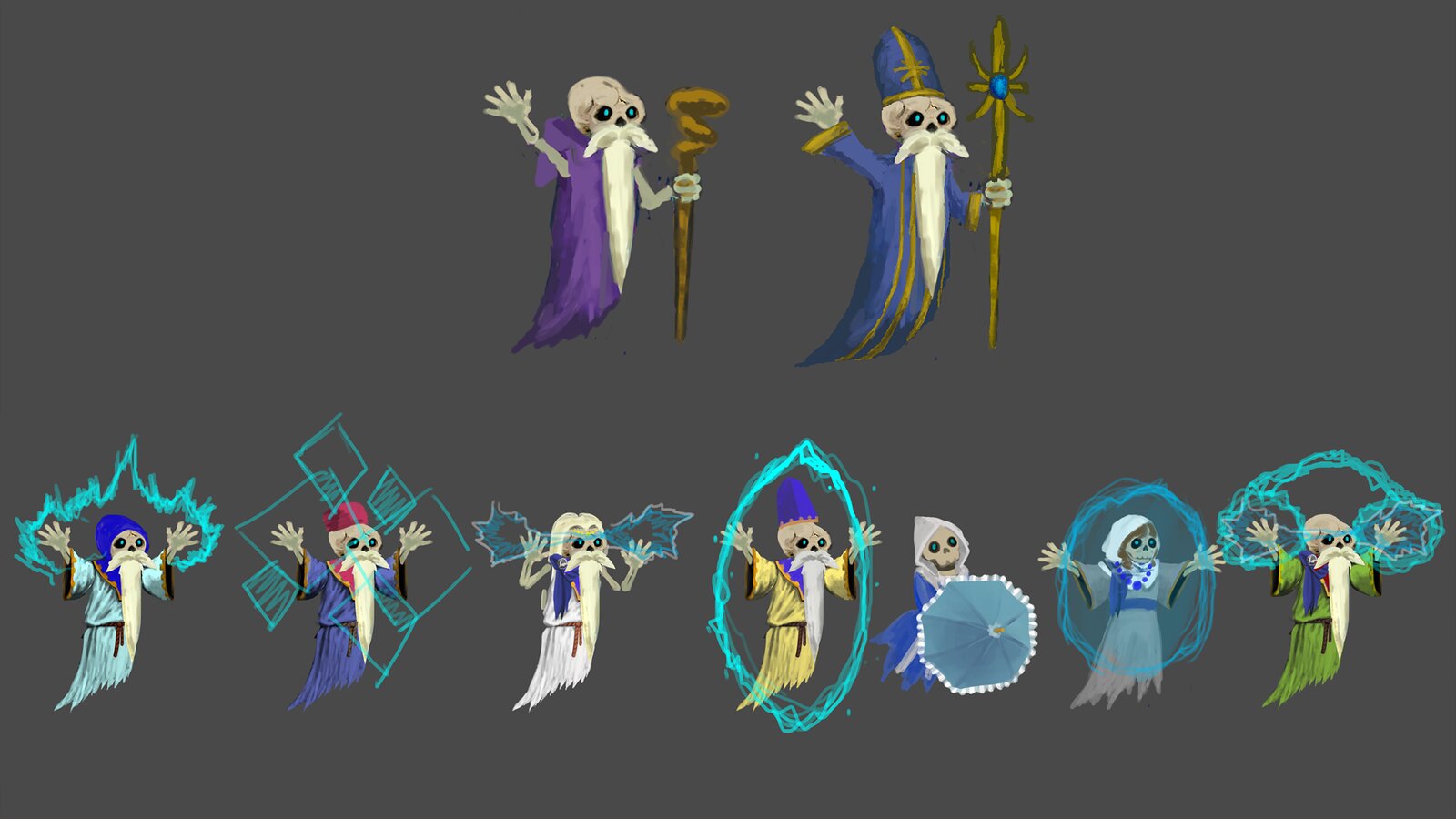 Despite these concerns, Mr. Fujiwara seemed confident in its inclusion and the joy it would bring to players both young and old.

“When Director Fujiwara first explained the concept of this co-op mode to me, I remember imagining how much fun it would be to enjoy this game with my child,” says Mr. Hirabayashi. “I was very excited about it!”

Of course, Ghosts ‘n Goblins is known for its difficulty more than most other games of its time (and even games today), and the team considered that factor, too.

“From the beginning, the concept of the co-op mode was to provide a brand new experience unique from the single-player mode so there wasn’t a strong need for it to be balanced in comparison to the difficulty of the standard experience,” says Mr. Hirabayashi. “The aim of this mode is to get two players to have fun cooperating together to overcome a challenge, and the balancing of the difficulty was not a big priority.”

In other words, the goal for this mode was not to create an experience that would be challenging for two players, but rather to make the game fun for two people to enjoy it together. It brings a different feel to the game while not taking away from the solo challenge that it offers.

“With this in mind, we designed the support characters to be flexible in terms of their functionality, and helpful when it comes to assisting Arthur,” says Mr. Hirabayashi. “We hope that when players experience this mode, they can loosen up and have a fun time talking and working together.”

Speaking of those support characters, there’s three in total: Barry, Kerry, and Archie. As their names might suggest, these spirited assistants each serve a different purpose when it comes to aiding Arthur. However, they aren’t just helpers – there’s a bit of story there, too.

“The Three Wise Guys are Arthur’s ancestors, and, considering their role of being assistants who helps him, we thought this was the most appropriate way to include them,” says Mr. Hirabayashi.

Considering they’re his ancestors, you might want to take a closer look at their mannerisms. “Each Wise Guy has their own unique design, but if you look at them carefully, don’t you think they look a bit like Arthur?,” asks Mr. Hirabayashi. 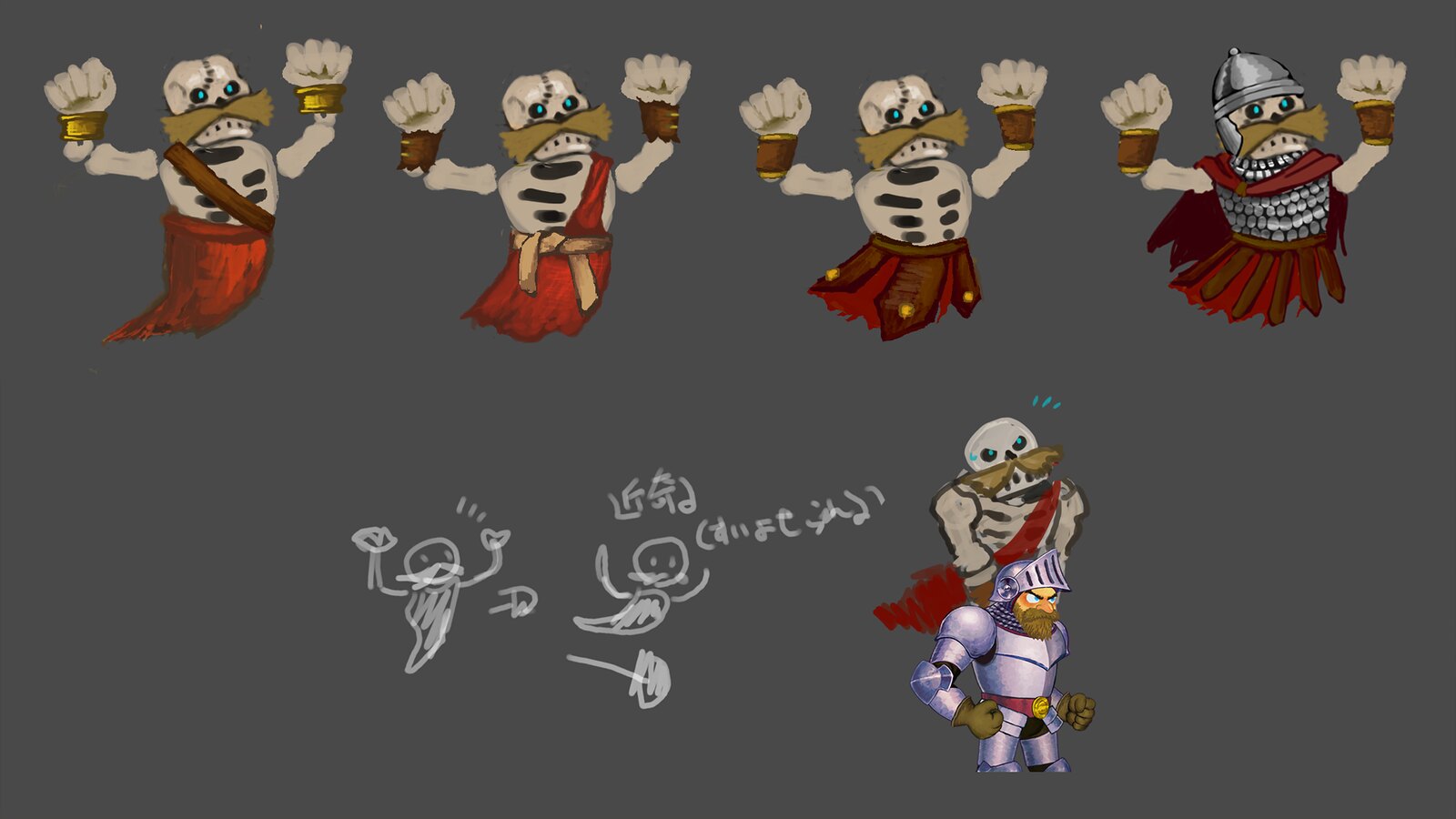 Aside from their designs, special attention was also paid to how each one plays. Each of Arthur’s ancestors boasts their own unique skills, adding a new layer to co-op gameplay.

“An important thing to note is that the functionality of the Three Wise Guys are different from what Arthur is capable of doing,” says Mr. Hirabayashi. “Our intention was to provide a brand new experience that the single player mode can’t deliver on, and give the players a way to expand on the fun ideas that are only available in co-op mode.”

Funnily enough, Mr. Fujiwara seems to still have a bit of a mischievous approach when it comes to game design –  even for elements of the game that should be friendly in the hands of two players playing side-by-side.

“From the beginning, we’ve been talking about this as a co-op mode, but the Director has always been expecting there to be certain players who will think of fun ways to play this mode that aren’t necessarily ‘cooperative’,” says Mr. Hirabayashi. “For example, Kerry is a character who literally carries Arthur around, but that doesn’t always mean he’s going to place Arthur on solid ground. A co-op partner with a mischievous spirit may ultimately become a hindrance, making the game feel more like a single-player mode with another troublesome enemy that gets in your way!” 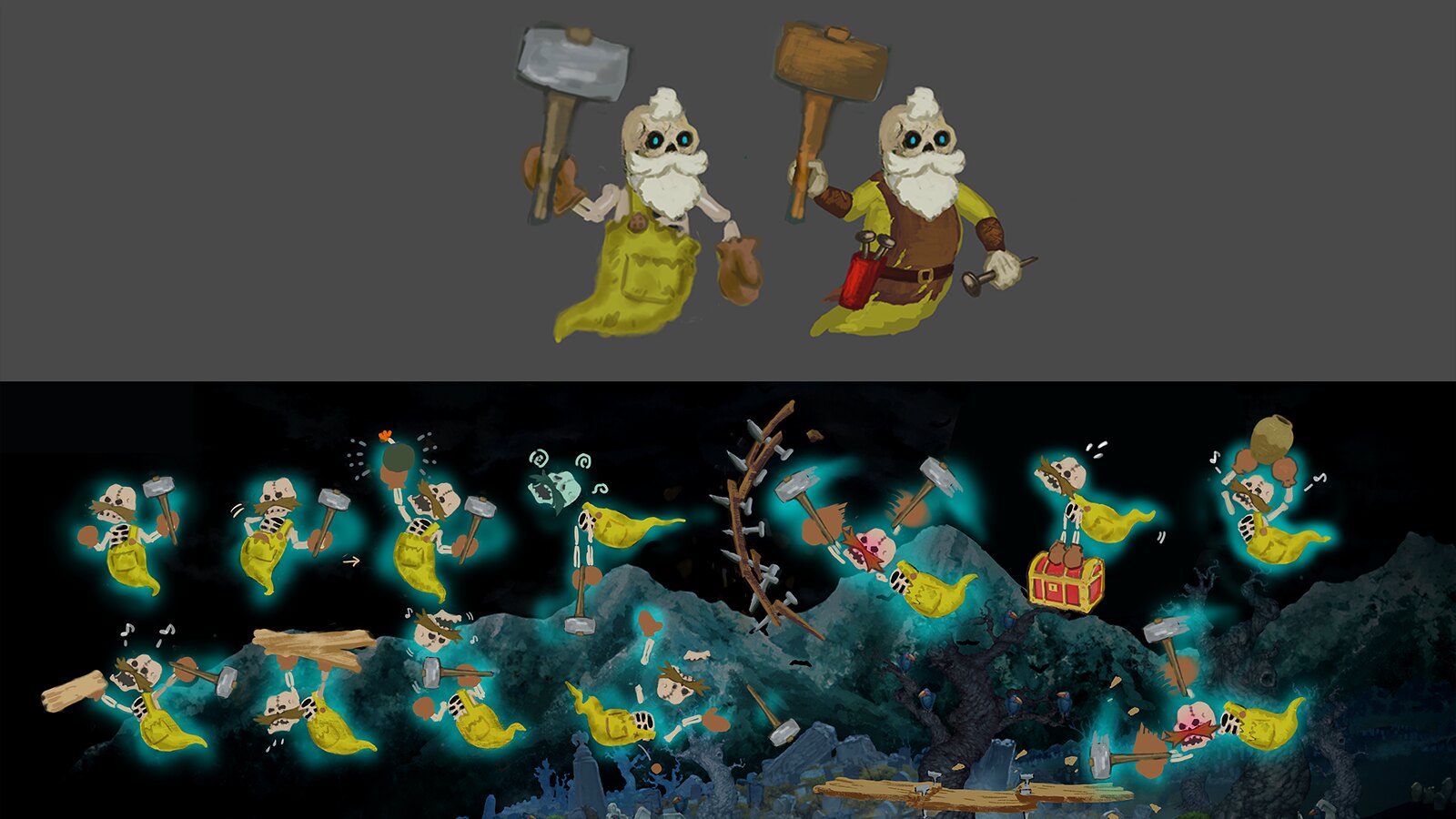 True to Ghosts ‘n Goblins, even having someone else join you in co-op can still be part of the challenge. Turns out there are some things worse than a Red Arremer, and they might be sitting right next to you on the couch. Perhaps most importantly, Mr. Hirabayashi envisions people finding their own ways to enjoy co-op in unexpected ways.

“We designed the support characters this way on purpose,” says Mr. Hirabayashi. “A fun way we thought players could enjoy the game is for players controlling Arthur to try to complete a stage under a certain amount of time, and for the ‘support’ character to keep him from accomplishing his goal.” For seasoned veterans playing with newly christened knights, coming up with unique ways to use the co-op mode is a great way to find new and fun ways to enjoy the game together.

I’d like to provide a huge thank you to Mr. Hirabayashi for taking the time to answer our questions about the co-op mod.! And co-op isn’t the only way to enjoy the game. With multiple difficulty modes, you’ll be able to enjoy the game at a pace that’s right for you and explore everything that Ghosts ‘n Goblins Resurrection has to offer. After all, it wouldn’t be a GnG game if the game ended after the first playthrough, right?

Be sure to grab your throwing lance and a co-op buddy to play with – or against – and get ready to challenge again when Ghosts ‘n Goblins Resurrection launches on PS4 June 1!