Ghost Recon Wildlands has received one last, major free update before the October 4 launch of Ghost Recon Breakpoint, and it’s added a whole new way to play. Mercenaries, a new PvPvE free-for-all mode playable on Xbox Live (Gold required), drops eight players into Unidad territory and challenges you to call for a rescue chopper, make your way to an extraction point, and be the first to escape. You’ll drop in without any items, gear, or weapons (except for a knife), but anything you can loot on-site will give you an edge as you match wits with other players and Unidad troops.

Each Mercenaries match unfolds in three phases, with the first being Recon. Here, your goal is to seek out intel, which can lead you to the locations of radio transmitters that shrink the size of the possible extraction zone, and help you narrow down where the chopper will appear. Intel can also pinpoint the location of a valuable loot cache, deploy a vehicle to your position, or reveal the positions of other players for a limited time. It’s up to you to choose which one is the most strategically valuable to you. 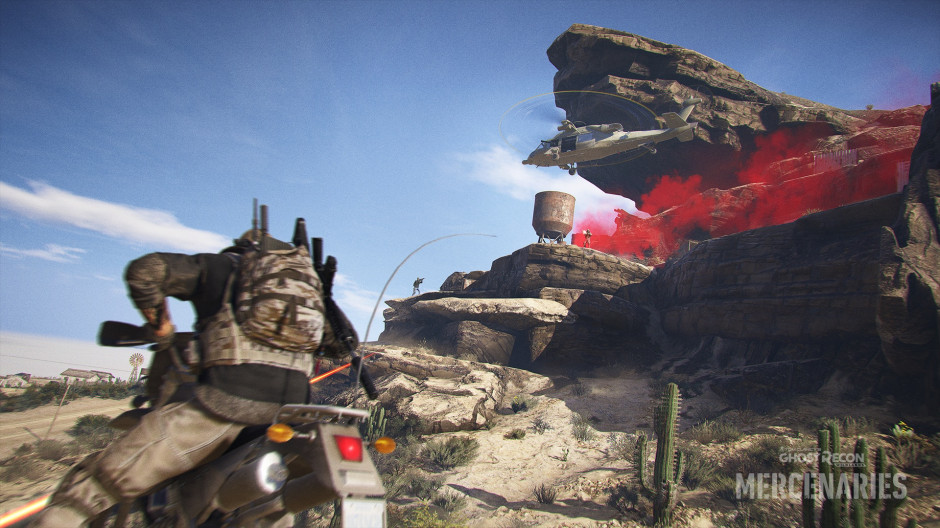 The player who activates three transmitters first will discover the extraction zone, triggering the next phase of the match, Helicopter Deployment. Once this phase begins, the chopper will begin to fly toward its landing zone. Only the player who activated the transmitters will know its location, but other players can still use transmitters to narrow down their search. When the chopper lands, its position will be revealed to all players, so get ready for a confrontation.

You can’t just climb into the chopper once you arrive; instead, you’ll need to fill a gauge by staying near it, extracting only when it’s full. You can’t fill the gauge while any other players are nearby, so you’ll need to defend the LZ from all comers. The good news is that your extraction gauge has checkpoints, so if you need to leave (or respawn), you won’t necessarily start over from scratch. 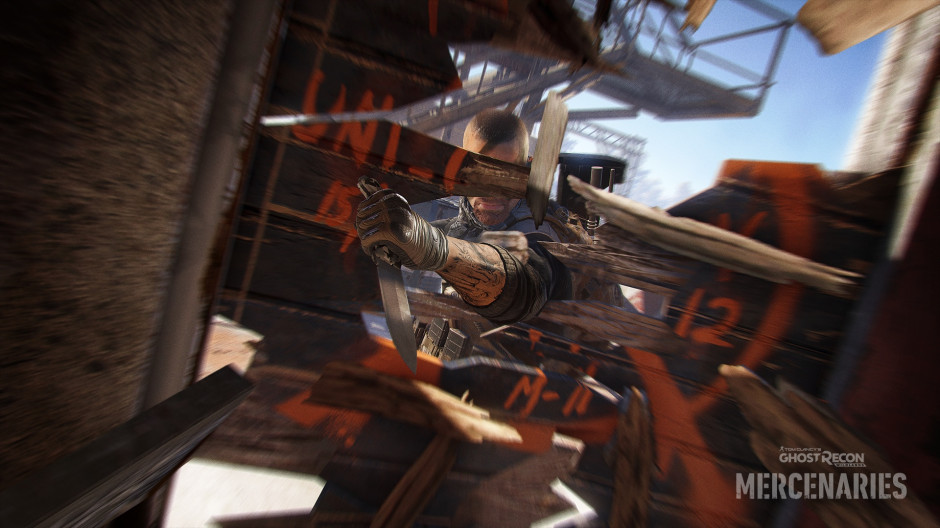 In addition to pushing players to loot gear and weapons (much of which is hidden behind new destructible doors), Mercenaries introduces a new health and armor system. Weapons that inflict penetration damage will cause you to start bleeding, at which point you’ll gradually lose health unless you can patch yourself up. Any medkits you find will heal your wounds and stop any bleeding, while bandages will just stop the bleeding. Syringes, meanwhile, won’t stop bleeding but will restore your health, buying you more time to find a bandage or medkit. To better protect yourself, you’ll want to scavenge some armor, which adds an armor meter to your health gauge that absorbs a percentage of any damage you take.

Complete a match of Mercenaries, and you’ll be awarded the Lone Wolf costume as thanks for trying the mode. You’ll also earn a Mercenary Patch for your first win, and subsequent wins can gain you the following items: 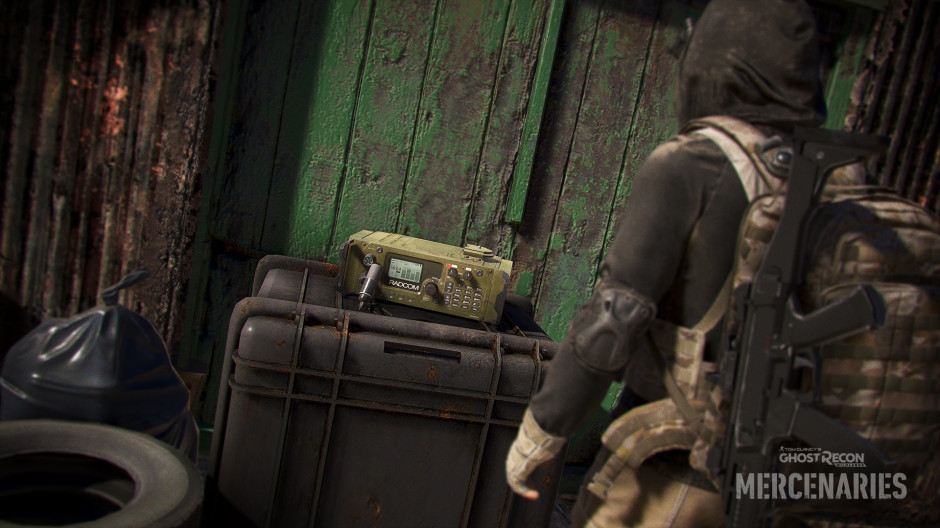 Mercenaries is available now for all Ghost Recon Wildlands players on Xbox One, and caps off a long series of new modes, special events, and other free content updates that have been added to the game since launch. Jump in and start looting – that chopper only waits for the best.