Frostpunk: Console Edition – A Tale of Society at the Brink of Extinction | Blogdot.tv

There was a long journey from a tale about harrowing life of civilians in war – This War of Mine – to a game of society survival and city-builder in Frostpunk. Why am I mentioning the first game in a story about the latter? Because creating the first one was a great lesson for us, the team of designers, to learn how to build a heavy, emotional story filled with difficult decisions and ambiguous moral choices. This is what lies underneath in our strategic game that now is heading to Xbox One.

The Frostpunk: Console Edition story begins in late XIX century during the peak of the rapid industrial revolution of the times. For reasons not understood by scientists, Earth is getting colder and colder until governments have collapsed, organized communities are put to an end, and humankind faces the threat of extinction. You play as a leader of possibly the last society on the planet, trying to recreate a functioning civilization able to survive the unforgiving cold. 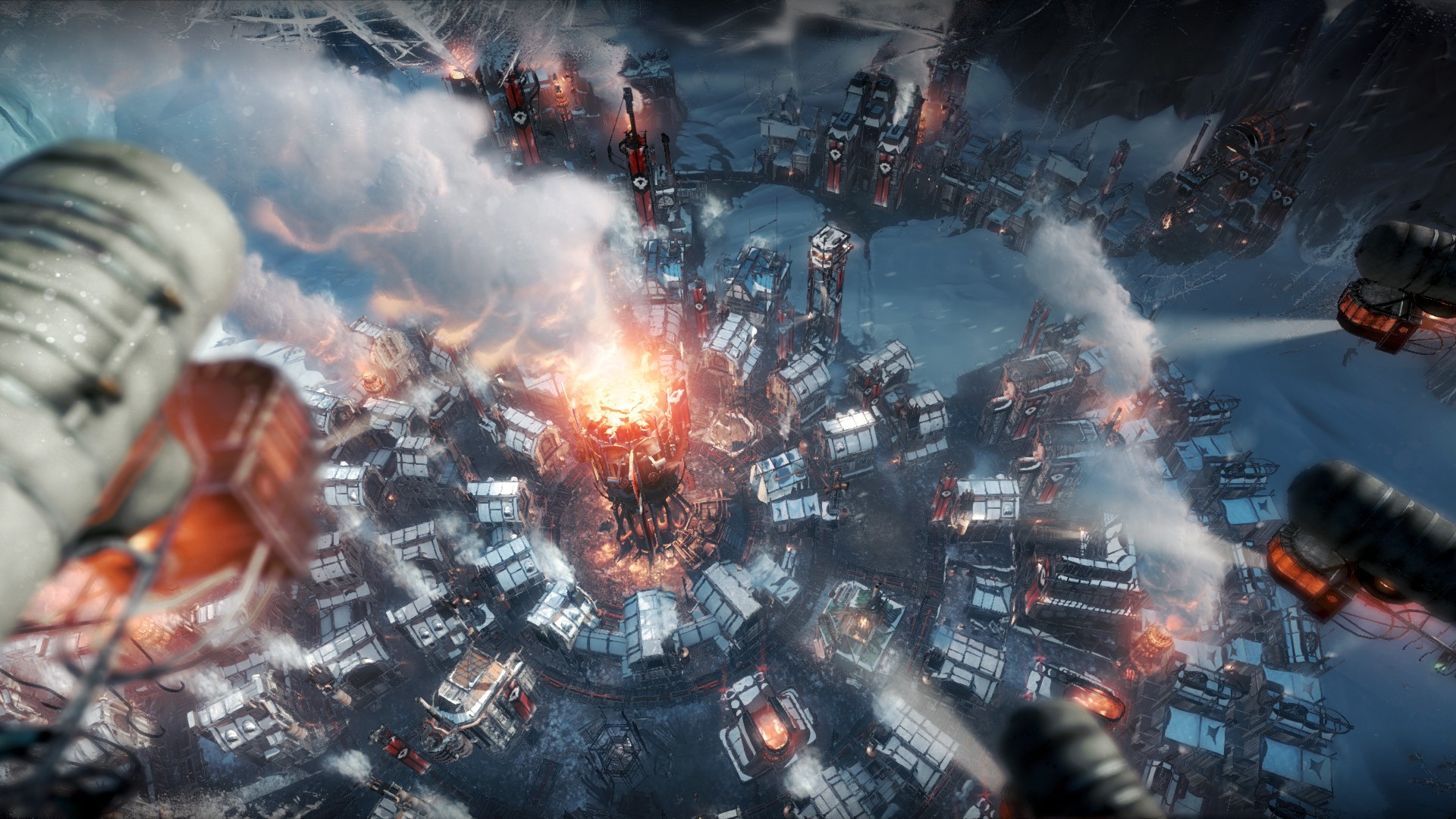 First thing you do is gather resources to start a heat generator (loads of coal are going to be needed!) and build a circular city around the huge heat-distributing machine. As people in Frostpunk often say, “Heat is life!” You’ll build streets, tents, houses, cooking houses, coal mines, steam-powered heaters, and lots of other facilities. You’re going to construct hunters’ huts and order workers to hunt down wild animals. The bigger your city grows, the more it will need to consume while sustaining the life of its inhabitants.

City-building is one of the first layers to discover and get you thrilled for the game. And then there’s me and the team of designers’ vision to be realized in Frostpunk – all that morally grey area when you make decisions unsure about consequences. The idea that you can actively rule the citizens by introducing laws and customs that would make them more efficient, better prepared or, ultimately, obedient to your orders. You shape the society accordingly to your will. You’ll learn the hard way if it’s right or wrong to force children to work. If you think that is wrong, what would be your decision when lacking hands to work while people are freezing to death and coal supply is insufficient? When Frostpunk’s story drags you in, you’ll be faced with such morally ambiguous choices.

We also knew that the game’s world had to be larger than the ice crater in which you build the city of New London, as we called it. We knew players would feel a need to seek for knowledge about what happened to the world. Large spaces of frostland have been designed, filled with places to explore and discover. And so, sooner or later, you’ll realize what you have in the city might not be enough to ensure survival. There will be a moment to leave the city and send scout teams to explore and investigate the frozen lands. There will be plenty of things to discover, perhaps other remnants of civilization, groups of survivors or deserted mines.

Now, creating a strategy game for consoles had us rethink how the game’s flow should work. Great efforts have been made to re-design interface and enhance gameplay flow to make all have natural and intuitive feel when played on a controller. We wanted to make sure that gamers not only received the same experience, but one adapted to consoles to make it work smoothly. I believe that had to be done (that’s why it took some time for our team) because the game has huge potential to keep you thrilled and immersed in its world. Follow the news here to learn more about Frostpunk: Console Edition!