Want to keep the fun going? Then purchase the games and other editions at a limited time discount and continue playing while keeping your Gamerscore and earned achievements during the event! Please note that discount percentage may vary by region.

Soulcalibur VI
The stage of history in Soulcalibur VI welcomes you. Experience the latest entry in the premier weapons-based, 3D fighting game series as it continues the epic struggle of warriors searching for the legendary Soul Swords. Featuring an exciting roster of long-standing iconic characters, special guest characters such as Geralt of Rivia, and a vast character creator, Soulcalibur VI is sure to ignite the souls of fans, old and new. Select your favorite warrior and claim victory!

Tom Clancy’s Rainbow Six Siege
Rainbow Six Siege and its explosive 5×5 PVP action is back again for Free Play Days. A great opportunity for new players to try the game, engage in tense, tactical firefights involving team gameplay with a massive online community. With an ever-growing arsenal of gadgets, lead your squad across a variety of destructible environments to secure the win. 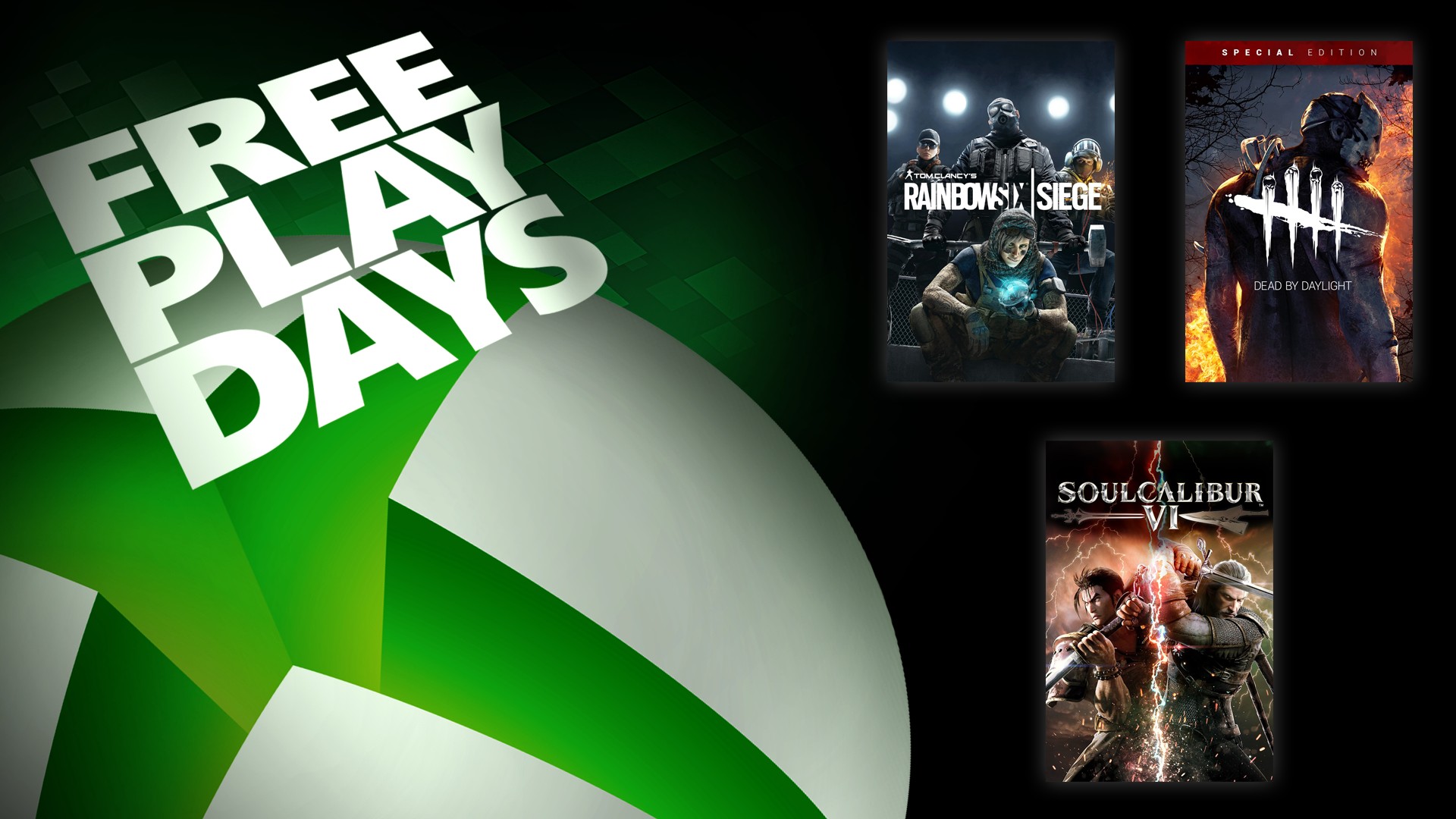