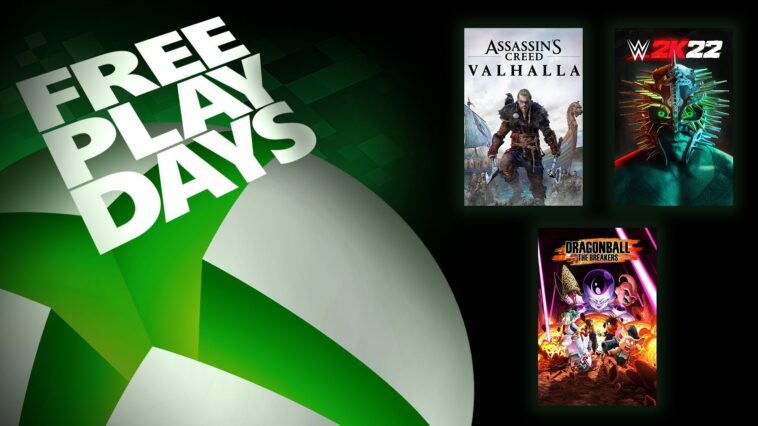 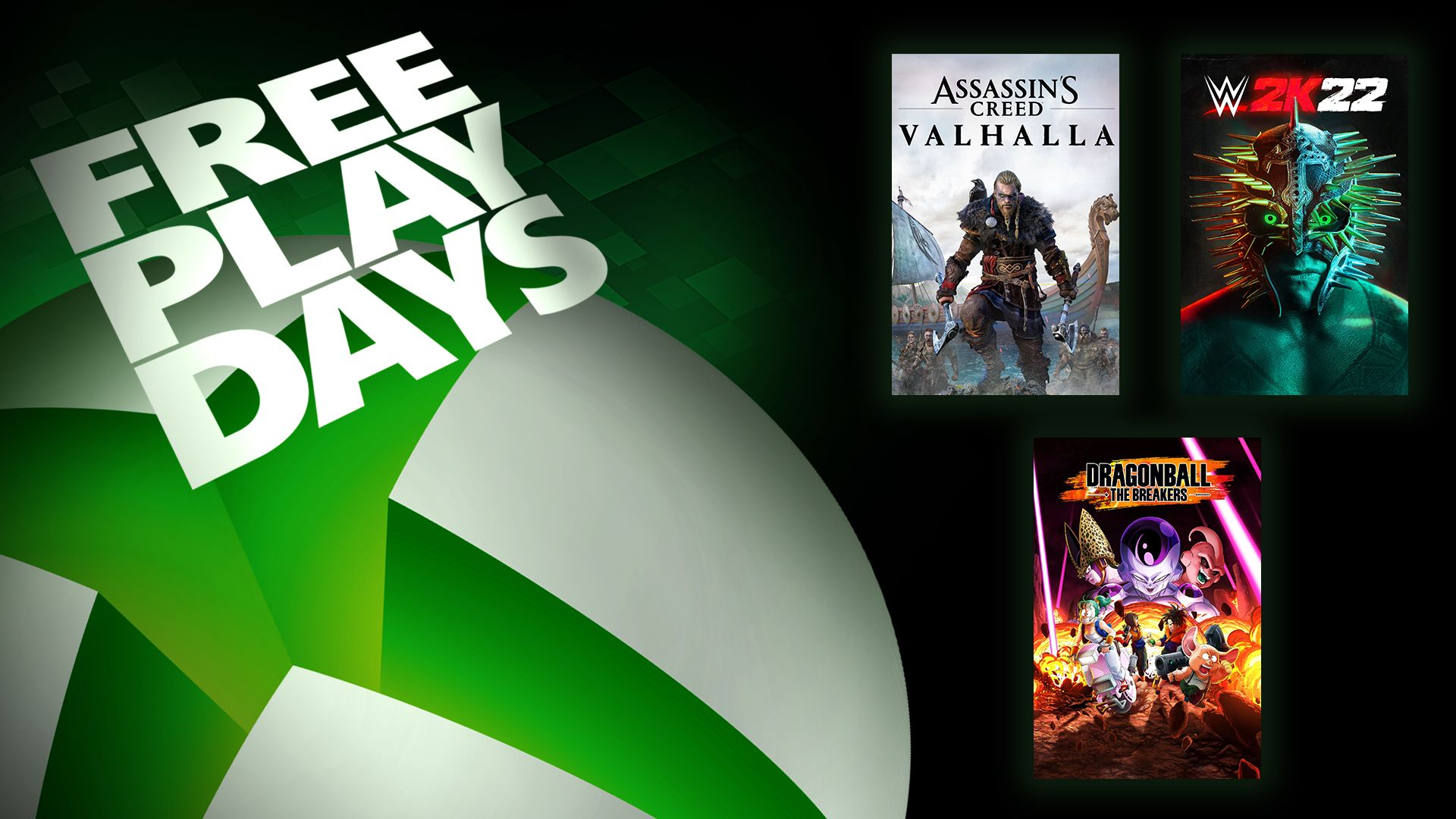 Give yourself an early gift of extra gaming this weekend during Free Play Days. Dragon Ball The Breakers, WWE 2K22, and Assassin’s Creed Valhalla are available this weekend for Xbox Live Gold and Xbox Game Pass Ultimate members to play from Thursday, December 15 at 12:01 a.m. PT until Sunday, December 18 at 11:59 p.m. PT.

Find and install the games on each of the individual game details page on Xbox.com. Clicking through will send you to the Microsoft Store, where you must be signed in to see the option to install with your Xbox Live Gold or Xbox Game Pass Ultimate membership. To download on console, click on the Subscriptions tab in the Xbox Store and enter the Gold member area to locate the Free Play Days collection on your Xbox One and Xbox Series X|S.

An online asymmetrical action game in which a team of seven ordinary citizens try to survive the Raider (a classic Dragon Ball rival such as Cell, Frieza, and Buu), who will hunt them down and evolve during the game into an unstoppable force. Escaping won’t be so easy! Cooperate with others while there is still time, but the Raider or other Survivors’ decisions might force you to go at it alone. What will be your playstyle?

Redesigned engine. New controls. All the features you can handle. Get ripped out of the stands and unleash dives, kickouts, and finishers with the biggest and most realistic-looking WWE Superstars and Legends: The Rock, Sasha Banks, Goldberg, “Stone Cold” Steve Austin, Brock Lesnar, and more. WWE 2K22 – IT HITS DIFFERENT!

It’s time to lead epic raids in Assassin’s Creed Valhalla, during it’s 2nd Free Weekend. Write your Viking Saga as you play as Eivor, a legendary Viking warrior, and sail across the icy North Sea to discover and conquer the broken kingdoms of England. Wars will rage. Kingdoms will fall. This is the age of the Vikings.