Fight 100 Floors of Foes in The Division 2’s The Summit | Blogdot.tv

100 floors of enemies from every faction are waiting for you in The Summit, a new mode available now in The Division 2 on Xbox One. Playable solo or in co-op, The Summit tests whether you have the skills, the strategy, and the quad strength to make it to the top (don’t worry, there are elevators) of a skyscraper packed with enemies and objectives to confront on each floor. This also marks the availability of Season 3, which brings a host of gear and loot updates, as well as new seasonal challenges. The new season and mode are free for players who own the Warlords of New York expansion.

The Summit is a brand-new challenge for Division Agents. Fighting your way through 100 floors may seem daunting, but you’ll unlock reusable checkpoints every ten floors, and you can always start at the 51st floor if you want to kick things off with a bang. Higher floors pose tougher challenges, and the floors will not be same when you replay them. The variety of enemies and objectives, not to mention the unique rewards you stand to earn (including a new exotic!), make The Summit the perfect place for PvE players to prove their prowess.

In addition to the new mode, Season 3 introduces a new Manhunt target: Bardon Schaeffer, the leader of the Black Tusk. If you’ve got a bone to pick with the guy putting all those bad robot doggies on the streets, then this is your chance to express your grievances. Take down his crew of four rogue Agents to get to him over the course of the three-month season, which will also bring new challenges to take on and new rewards to earn for players who own Warlords of New York.

But you don’t need to own the expansion to benefit from the myriad loot and gear changes that are live now with Title Update 11. Transmogrification now lets you customize your gear with appearance mods, changing a given gear item to look like other gear without changing the stats. Agnostic mods now let you use any kind of gear mod with your masks, chests, and backpacks, granting you increased flexibility when tweaking your loadout. And if you’re looking for that special gear combo, you’ll now have a higher chance of finding same-color attributes on gear for more easily specialized loadouts.

Whether you’re taking to the tower in The Summit or just setting foot on the streets of DC, The Division 2’s high-intensity firefights and tactical challenges await you and your crew on Xbox One today. 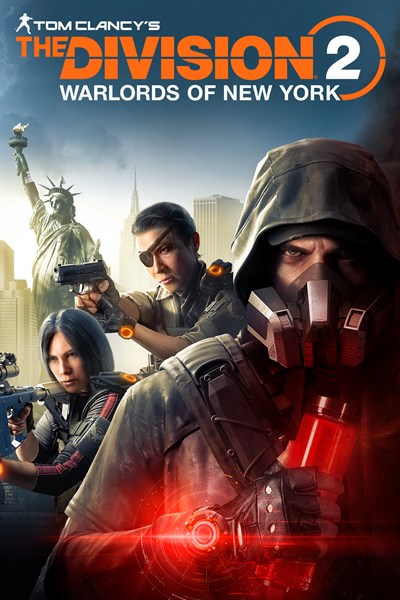 ☆☆☆☆☆ 12
★★★★★
$59.99
Get it now
INCLUDES THE DIVISION 2 + EXPANSION In The Division 2, save a country on the brink of collapse as you explore an open, dynamic, and hostile world in Washington, DC. Fight together with your friends in online co-op or against others in competitive PvP modes. In the Warlords of New York expansion, hunt down your nemesis, Aaron Keener, a former Division Agent who has taken control of New York. Trained by The Division but disavowing its ideals, he is now the highest authority in town. – Includes a level 30 boost, allowing you to jump right into the Warlords of New York campaign – Play solo or online co-op – Experience a gripping story set in a post-pandemic country – Explore two open worlds: Washington, DC, and New York City – Create and level up your own Division Agent – Play intense PvP in the Dark Zones – Enjoy an extended endgame, including thematic three-month seasons