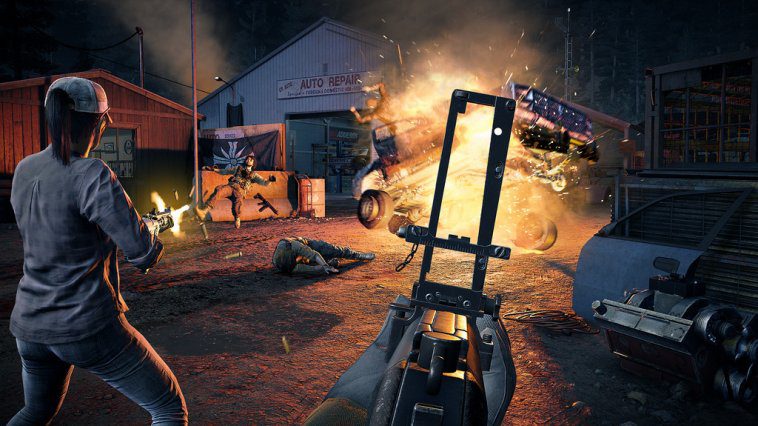 When you’re trying to take down an insidious cult that has gripped a small town in its violent clutches, it’s nice to have a friend along for the ride. That’s why the developers of Far Cry 5 have designed the entire campaign to support co-op play. Whether you’re taking on missions to root out the Project at Eden’s Gate or just cruising the countryside in a pickup while your buddy flies a plane overhead, the vast open world of Montana is more than big enough for the both of you.

Once you’ve completed the intro section of Far Cry 5, all you need to do is send an invite to someone on your Friends list (who has also completed the FC5 intro) to get your co-op session going. Your friend will spawn into your world seamlessly, and the two of you can get busy liberating Hope County. Every mission is playable in co-op, but there are also Challenges and a bevy of other activities you can take on, not to mention simply roaming the open world and causing havoc for the cultists. 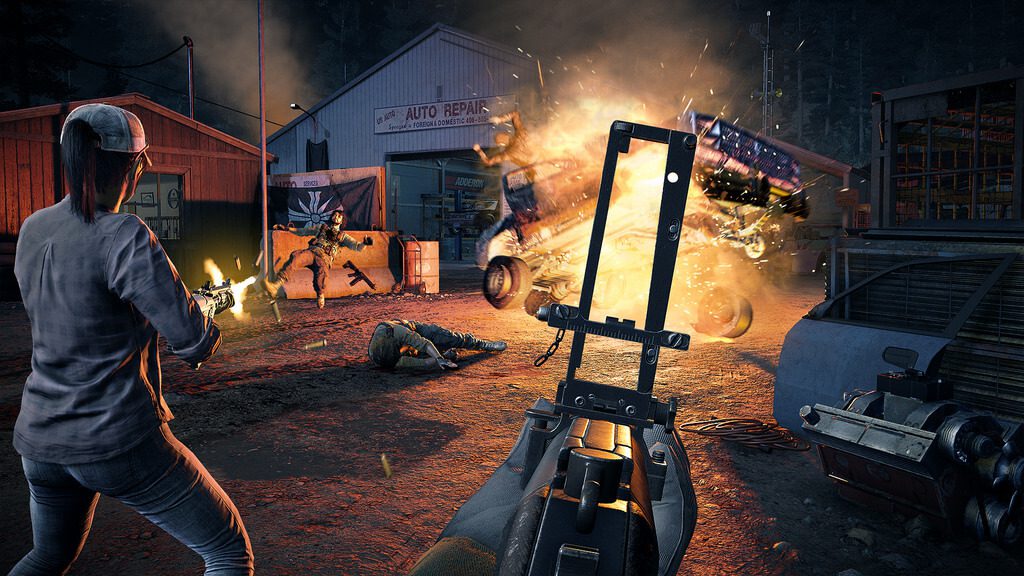 “We had to look at every system and every kind of mission and activity we created, and make sure that it was co-op compatible,” says Clark Davies, the Lead Game Designer on Far Cry 5. This included developing features to streamline teamwork, like having each player see their own loot, so there’s no fighting over resources. If your teammate is running low on ammunition, a prompt will appear over their head to let you share ammo and medkits to help keep them in the fight. And if any disagreements should arise, take comfort in knowing that friendly fire is disabled by default, though you can enable it if you want to put your friendship to the test.

Both of you will appear as your customized characters and both of you will keep any player progression you make during your co-op session, including currency earned, items purchased, perks unlocked, and more. Only the host will keep any world progression, however, including quests completed, quest rewards, outposts liberated, and completion of other open-world activities. Also, only the host can recruit an AI ally to join your merry band using the Guns For Hire system.

“The Guns For Hire system was built with co-op in mind from the start,” explains Davies. “As a player, you can have up to 2 buddies join you – a co-op friend plus an AI companion, or two AI companions. So you can have both Boomer (the gun-fecthing, enemy-mauling canine companion) and a friend in your squad. And yes, both players can pet Boomer!” 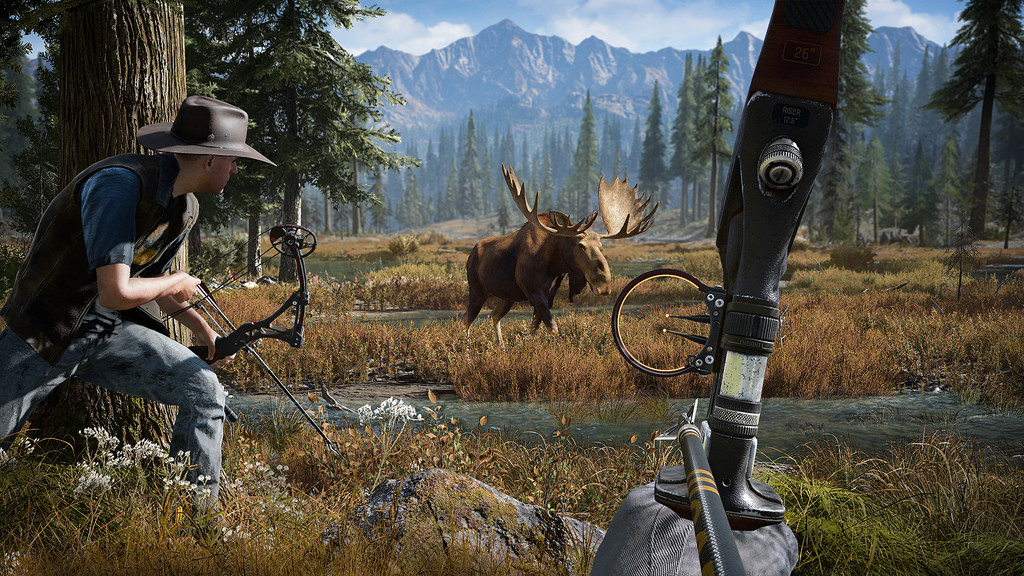 If you can manage to tear yourself away from scratching Boomer behind his floppy ears, the possibilities for co-op shenanigans are endless. Davies recounts a few of his favorite moments from dev team play sessions: “Seeing two players work together to liberate our toughest outposts completely stealthily, without being detected, is great to watch. And we’ve seen some great co-op moments with our new aircraft. The pilot was dogfighting with an enemy plane, while the co-op passenger jumped out, opened her parachute, and used her rocket launcher to destroy the enemy plane before the pilot could take it out!”

Challenge accepted. Far Cry 5 arrives on PlayStation 4 February 27, 2018, and co-op play will require that both players have PlayStation Plus memberships. To learn more about Far Cry 5 and place your preorder, visit the official site. 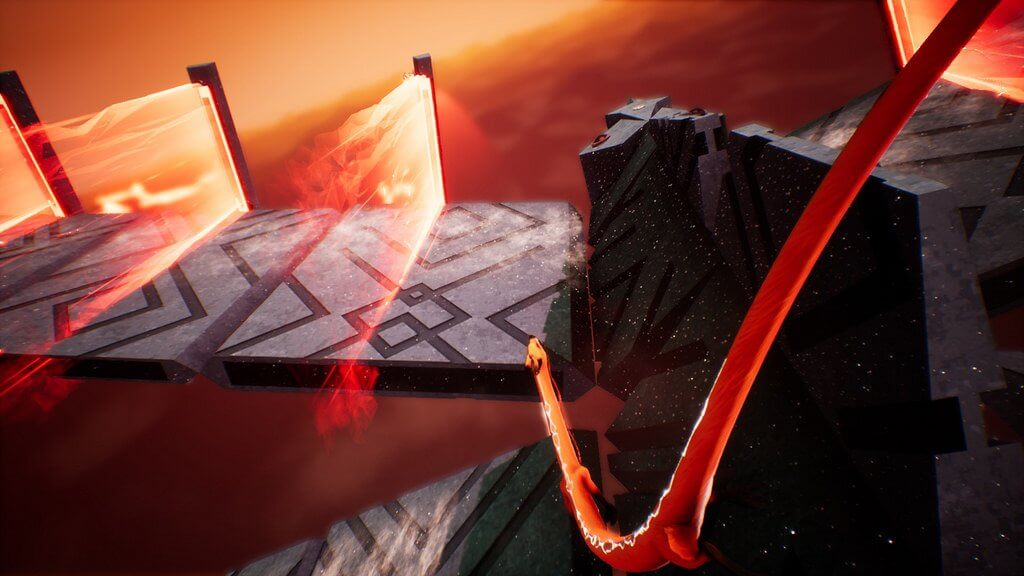