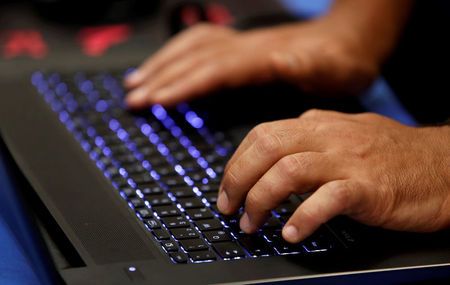 This is the second time in as many months that Facebook has held a press conference to discuss its removal of accounts set up specifically to spread fake news and sow discord. It also follows revelations that Russia used Facebook in an attempt to influence the 2016 election.

The sheer size of Facebook’s user base — which is well past 2 billion monthly active users — makes the social network a tantalizing target for nation-states seeking to spew false information at a massive audience. Commenting on the latest revelations, Endpoint Technologies Associates analyst Roger Kay noted, “The term weaponization keeps coming back to me.”

Zuckerberg readily admits that the actors using these tactics are well-funded and have the backing of some sophisticated organizations, such as the Russian military.

Despite the sophistication of these tactics, Facebook doesn’t seem to be at risk of losing many users as a result of its platform being used as a tool by foreign governments. In fact, it looks like many of its users might not care, according to one recent survey. In other words, don’t expect any of this to hit Facebook in the pocket.

At this point everyone plugged into the zeitgeist knows about how Russian cyber agents used Facebook to create distrust and division among American voters in an attempt to influence the 2016 presidential election. Despite that scandal, billions of Facebook users still log into the social network at least once a month.

In a research note, Piper Jaffray analysts Michael Olson and Maxwell Spaeth explain the results of a recent survey involving about 1,300 Facebook and Instagram users. According to the analysts, about 67% of users say they’ve log into Facebook the same amount of times if not more since learning about Russia’s influence efforts, as well as the Cambridge Analytica privacy scandal, during which Facebook users’ data was used without consent in an effort to see Donald Trump elected president. Heck, you might be reading this story because you clicked on its Facebook link.

Of course, this survey was conducted before the latest scandal unveiled Tuesday. But as Kay noted, “This new revelation is in line with everything we’ve heard so far.”

What’s more, Olson and Spaeth say they believe that the remaining 33% is actually lower, as it’s a self-reported figure and people tend to “under report” how often they log onto social media.

It makes sense too. As Kay, the analyst from Endpoint Technology Associates, explains, Facebook has managed to make itself feel more like a utility than a social network. It’s become the place where people remember their friends’ birthdays, where we send out party invitations, how we put together fundraisers and more. Facebook is no longer just the place you go to build the perfect, albeit incredibly fake, version of your life to make your friends jealous. It’s a tool to help you maintain your social connections.

“There’s really not a worldwide alternative [to Facebook] right now,” Kay said. Still, he points out, Facebook won’t be around forever. It’ll likely be supplanted by some other network in the future, for an array of reasons — including the fact that users are simply getting tired of it.

That kind of diversification means that even if Facebook itself becomes tainted by scandal, the company can still fall back on Instagram and WhatsApp.

“Facebook was perhaps prescient in buying Instagram and WhatsApp because those platforms are pretty vibrant,” Kay noted.

Its biggest problem is user growth

When Facebook reported its Q2 earnings in July, many investors were taken aback by the fact that user growth was relatively flat, sending the company’s stock price plummeting. But with more than 2 billion active users, there’s only so much more Facebook can grow before it reaches near-total saturation. Facebook’s biggest issue is that it’s running out of room to increase its user base.

Still, Olson and Spaeth say the company’s advertising business has the potential to grow beyond its current size via Instagram, Messenger and WhatsApp.

“Advertisers do what works, and Facebook works,” the analysts’ note said. “We expect this underlying strength to continue and manifest across Instagram, Messenger, and WhatsApp, which should benefit from advertisers being able to allocate budgets across them from a single interface.”

So despite being used by foreign powers to advance their own agendas, it doesn’t appear as though Facebook will suffer any significant consequences as a result.