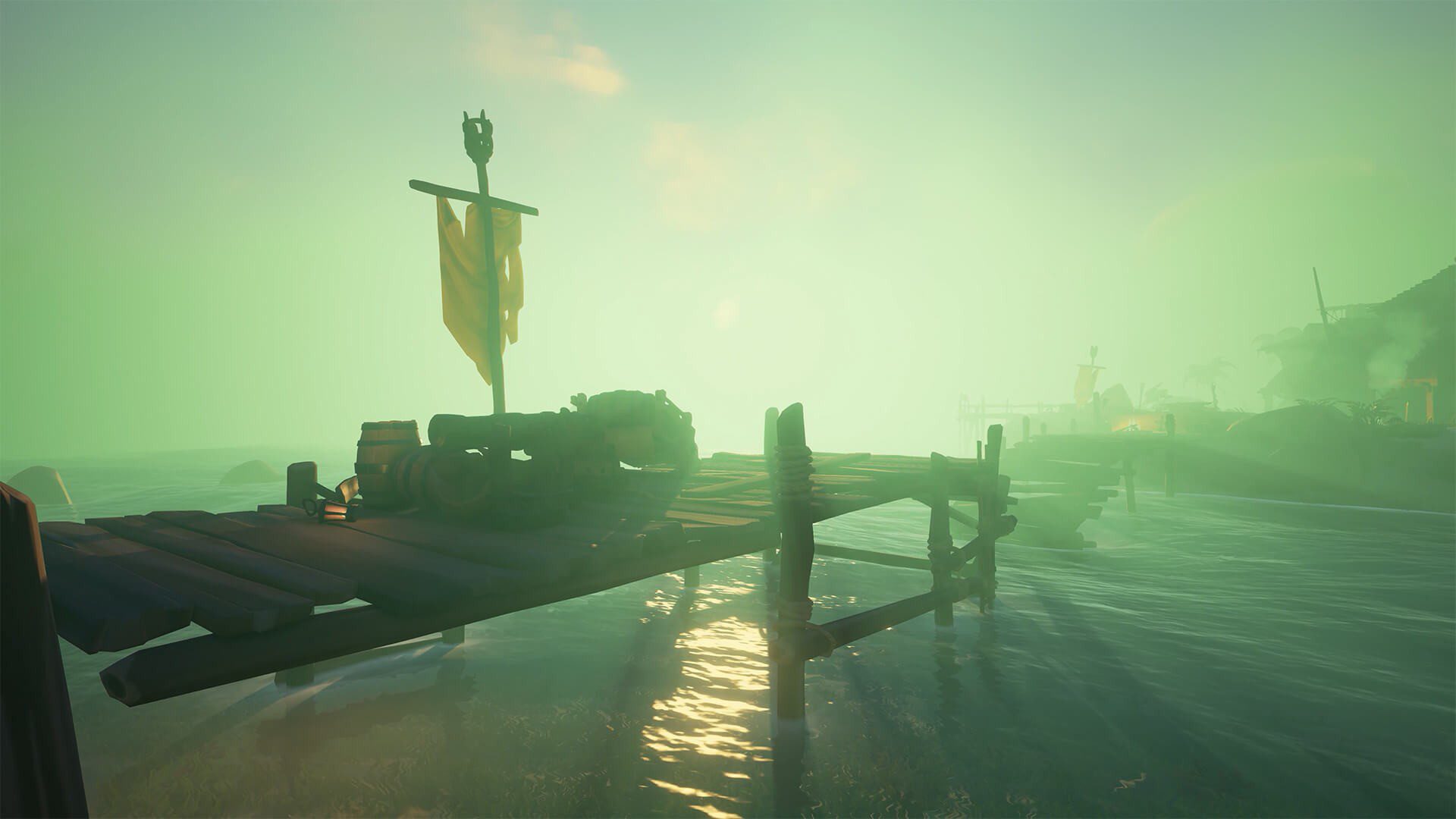 After an action-packed 2021 for Sea of Thieves, we’re planning another exciting year in 2022 for all those players who sail together with us. We hit some big milestones last year, passing 25 million total players and selling five million copies on Steam alone – so we’ve got a real mission ahead, but what sort of pirate crew doesn’t welcome a challenge?

Rather than revealing our plans one content update at a time, we’re doing something a little different this year. To unveil our intentions for Sea of Thieves in 2022, we’ve put together a special video where our Creative Director Mike Chapman and some other Rare faces explain the next steps in our grand pirate odyssey. So settle in, get some popcorn and a drink, and we’ll show you the direction in which we’re headed.

Going on an Adventure

With Seasonal updates still forming the skeleton for Sea of Thieves, one of our main goals for 2022 is to flesh out our pirate world and make it feel more dynamic. Stories, whether they’re the ones we tell or those that our players create themselves, are at the very heart of Sea of Thieves, so we want to inspire new tales of derring-do and comradery.

Enter Adventures and Mysteries: these story-focused events are designed to complement Seasons, providing regular narrative-driven content for players to dig into alongside the other gameplay features brought in by our Seasonal content drops. Adventures are time-limited, arriving on a roughly monthly schedule and running for 2-3 weeks, with each one forming a chapter within an overarching narrative. Accompanying cinematics will help set up the story, and a finale Adventure will cap off each narrative arc. Our first Adventure, ‘Shrouded Islands’, is currently set for release on February 17th. Set your pocket watches now!

Mysteries will run alongside Adventures and remain part of the world for longer, relying on the community to solve clues and riddles both inside and outside the game to move the story forward. These will play their own part in making the world of Sea of Thieves feel richer than ever before, and while the subjects of these Mysteries could be anything, we can tell you that the first one will see players attempting to solve a murder…

Seasons will continue to bring in new features and content, along with new Seasonal rewards, Pirate Emporium stock and optional Plunder Passes to boost the rewards you receive on the climb to level 100. Kicking off in March, Season Six will be headlined by a new combat and exploration experience: Sea Forts.

Six Sea Forts will appear around the world, drawn through from the Sea of the Damned and protected by patrolling Phantoms. You’ll battle through these ghostly foes and collect keys to fully explore the Sea Fort, eventually taking down its toughest defenders and claiming the loot within the treasury. The Sea Forts are also intertwined with the action that unfolds during our first set of Adventures, so stay tuned to discover more about these new locations manifesting on the Sea of Thieves.

In the latter half of Season Six, we want to introduce something that’s long been requested by the community: new content for Pirate Legends! This is planned to take the form of a new, Legend-exclusive Voyage packed with story beats and a series of challenges that change each time you set sail. We don’t want to reveal too much of what you’ll be doing just yet, but expect to explore new locations and seek treasure with special maps…

A Farewell to Arms

Along with this exciting new content, we as a team are working hard to implement feedback on some of the community’s hot button topics, devoting as many resources as we can to improve features that matter most to the players. However, shifting the focus fully onto making Adventure mode the best it can be means that we do have to make difficult decisions elsewhere. So, after lengthy internal discussions, we have made the tough call to close down Sea of Thieves’ Arena mode within the next few months.

With the scope of Sea of Thieves growing larger and larger, the huge task of maintaining QA and bug fixes for both Adventure and Arena modes has become something we can no longer justify. We’re proud of what we achieved with Arena, but ultimately it wasn’t as successful as we had hoped, and a bespoke competitive mode with few dedicated players is hard to align with our future vision for Sea of Thieves. We want to offer heartfelt thanks to the hardcore Arena communities for their creativity and passion during Arena’s run of nearly three years, and you can find a news post covering this decision in more detail over on the Sea of Thieves website.

And that’s an overview of our focus for Sea of Thieves as we head into 2022! Of course, we still have many more secrets and surprises hidden away in the cargo hold, but we hope this first look at what’s coming has sharpened your appetites for the year ahead. Rest assured things are not slowing down on the seas, so as always, stay tuned to our social channels for announcements as they happen and all the information on monthly updates as they launch.

New to Sea of Thieves? Find out about the latest free content updates on our What’s New page and pick up some tips from our Pirate Academy, which provides invaluable information on topics ranging from sailing to swordplay as you prepare for your maiden voyage. Learn more about Sea of Thieves here, or join the ongoing adventure at SeaofThieves.com where you can embark on an epic journey with one of gaming’s most welcoming communities! 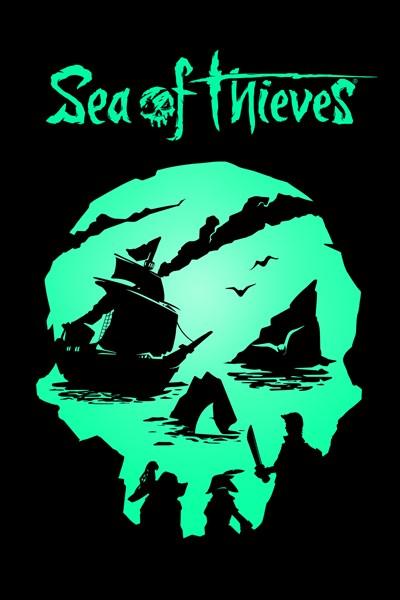 ☆☆☆☆☆ 1131
★★★★★
$39.99 $26.79
Get it now
Xbox One X Enhanced
PC Game Pass
Xbox Game Pass
Xbox Live Gold membership required to play on Xbox One; sold separately. ========= About the game Sea of Thieves offers the essential pirate experience, from sailing and fighting to exploring and looting – everything you need to live the pirate life and become a legend in your own right. With no set roles, you have complete freedom to approach the world, and other players, however you choose. Whether you’re voyaging as a group or sailing solo, you’re bound to encounter other crews in this shared world adventure – but will they be friends or foes, and how will you respond? A vast open world Explore a vast open world filled with unspoiled islands, sunken ships and mysterious artefacts. Take on quests to hunt for lost treasure, seek out cursed Skeleton Captains or gather valuable cargo for the Trading Companies. Go hunting and fishing or choose from hundreds of optional goals and side-quests. Sea of Thieves: A Pirate’s Life Play the Tall Tales to experience Sea of Thieves’ unique narrative-driven campaigns, and join forces with Captain Jack Sparrow in the newest original story that brings Disney’s Pirates of the Caribbean sailing into Sea of Thieves. These immersive and cinematic quests provide around 30 hours of the ultimate pirate adventure. Become Legend On your journey to become a Pirate Legend you’ll amass loot, build a reputation and define a unique personal style with your hard-earned rewards. Adventurer. Explorer. Conqueror. What will your legend be? A game that’s always growing With five major expansions and almost a year’s worth of monthly updates, Sea of Thieves is a service-based game that is continually growing and evolving. Check back each month to see what new content has been added.