Prepare your beans for the Party Spectacular. Fall Guys: Ultimate Knockout Season 6 drops November 30, bringing a festival-themed makeover to the Blunderdome. An all-star lineup is headlined by five new Rounds, our wildest obstacles to date and costumes fit for the carnival of Crowns. We’ve teamed up with PlayStation to take you ‘behind the beans’ of Pipe Dream – a totally tubular Season 6 Round. Stumble beyond the velvet rope and join us for a pre-release peek. 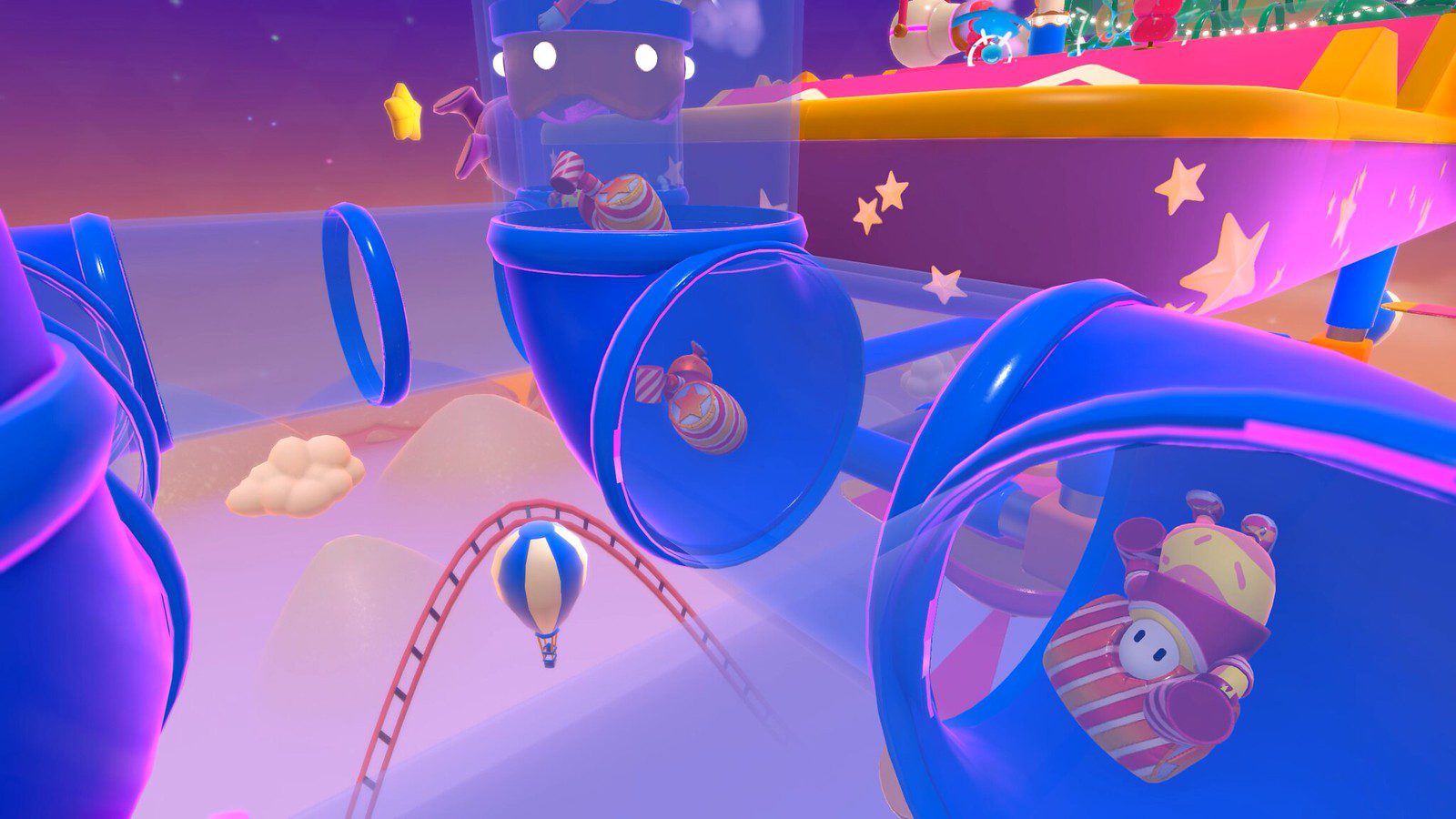 Pipe Dream focuses on vacuum pipes, a totally new obstacle for Season 6! Every time a bean tumbles in, you’ll be zoomed at full-speed through twists and turns before being launched into maze-like challenges. We can’t wait for you to experience this rapidly changing race to the finish line. But how did such a wild ride come about?

Leading up to a Fall Guys season, teams across the studio are brimming with ideas of how to bring a new Blunderdome theme to life. As a designer, our Level Design concepting sessions are my favorite part of this early process, creating a space to bring our wildest possible Round schemes to the table…no matter how improbable or ridiculous.

The vacuum pipe idea originally came from Junior Designer Max Boyle (creator of Snowball Survival, Lily Leapers, Gate Crash…and perpetual menace to the Fall Guys Community Team on live streams). We were particularly inspired by how some games utilised pipes to near-instantly drop you from one ‘world’ to another. We’ve had Fall Guys bouncing on lily pads, propelled by flippers and flung by Big Yeetus…could vacuum pipes change things up? And most importantly, would it be fun?

What makes a Fall Guys Round?

Our goal is to have every Round be a place where players can show off their Fall Guys skill, but without sacrificing that quintessential Fall Guys chaos that creates the slapstick moments the game is known for. Like See-Saw, it’s all about balance.

This means tumbling through a lot of development stages, as initial concept discussions are fleshed out into a more in-depth level outline. From there, we took the Round to a ‘blockout’ stage, building Pipe Dream from scratch using basic shapes to get an initial feel of the core gameplay. Internally, that goes through multiple iterations and playtests…which for me means watching colleagues poke, prod and generally break what’s been lovingly created. 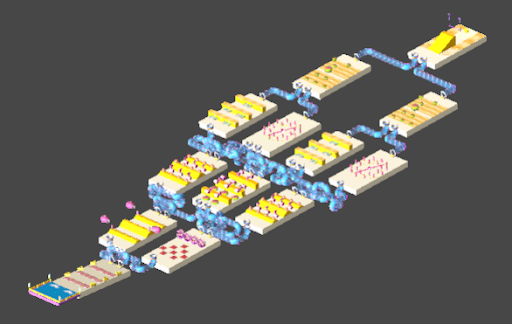 The Round then headed off to the art team to become one with the new season’s aesthetic, which for the Party Spectacular means super vibrant colors and inflatable flourishes. From there, it’s all about rigorous bug fixing and (as our Board of Beans will know) lots of playtesting. 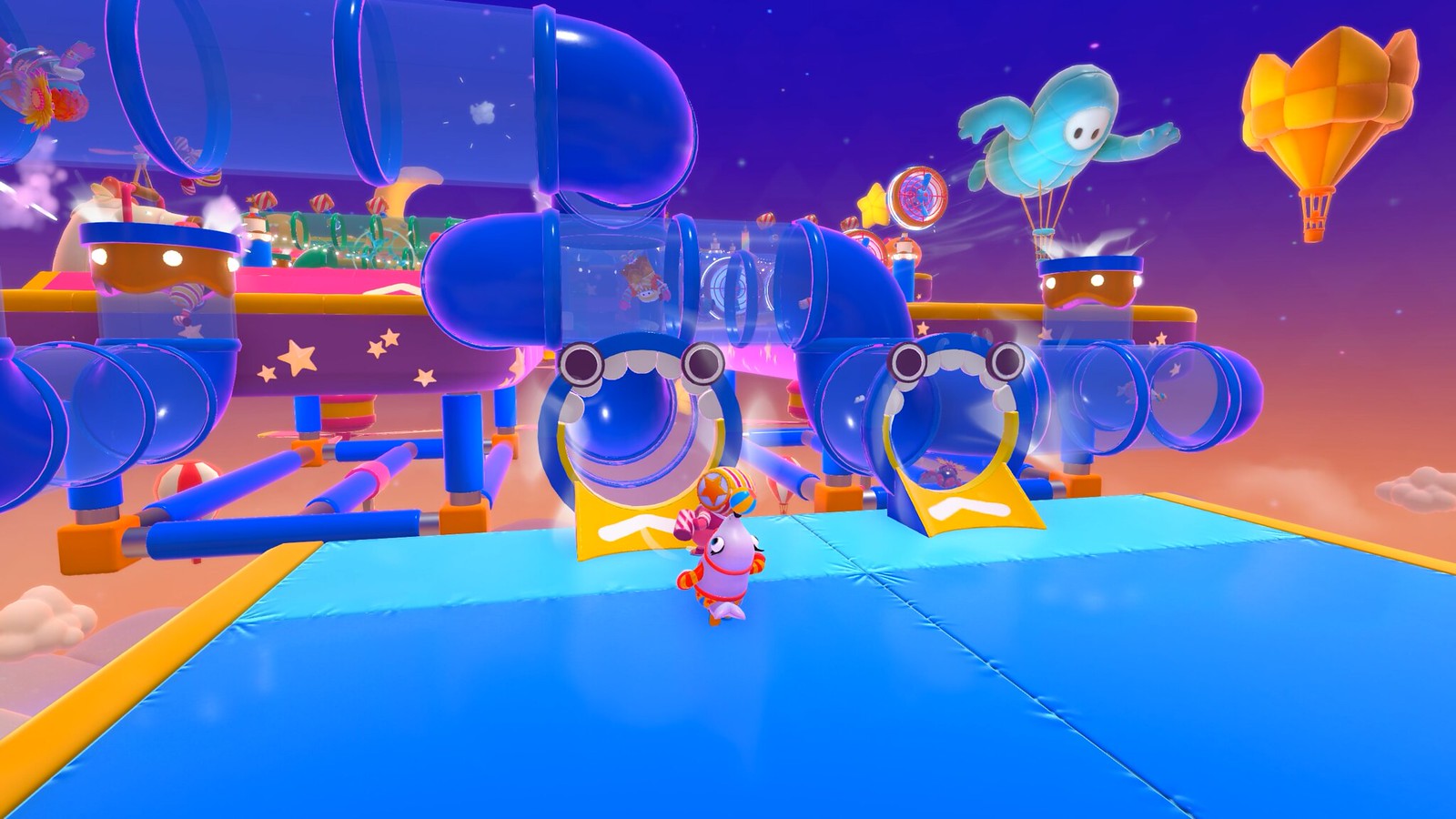 Pipe Dream was originally built to be a Final Round (similar to Fall Mountain), focused on picking the vacuum pipe with the optimal route to the finish. The original ending even featured a trapeze swing to the Crown – very dramatic.

However, playtests showed the racing elements didn’t fit with the more logical task of picking the best route. We re-fitted the Round so players could focus on what we feel is most fun – hopping into a pipe and seeing where the mystery takes you.

Also, during testing, some of our Fall Guys’ behaviour got more than a little bit strange after exiting the pipe, leading to some odd (but quite hilarious) moments…

The team can’t wait to invite you to the all-action pipe party in Season 6. There’s something particularly satisfying about watching your Fall Guy and other competitors whipping around the tubes as the camera shifts – it’s not like anything we’ve done before.

Before you jump in for yourself, two top tips from me. 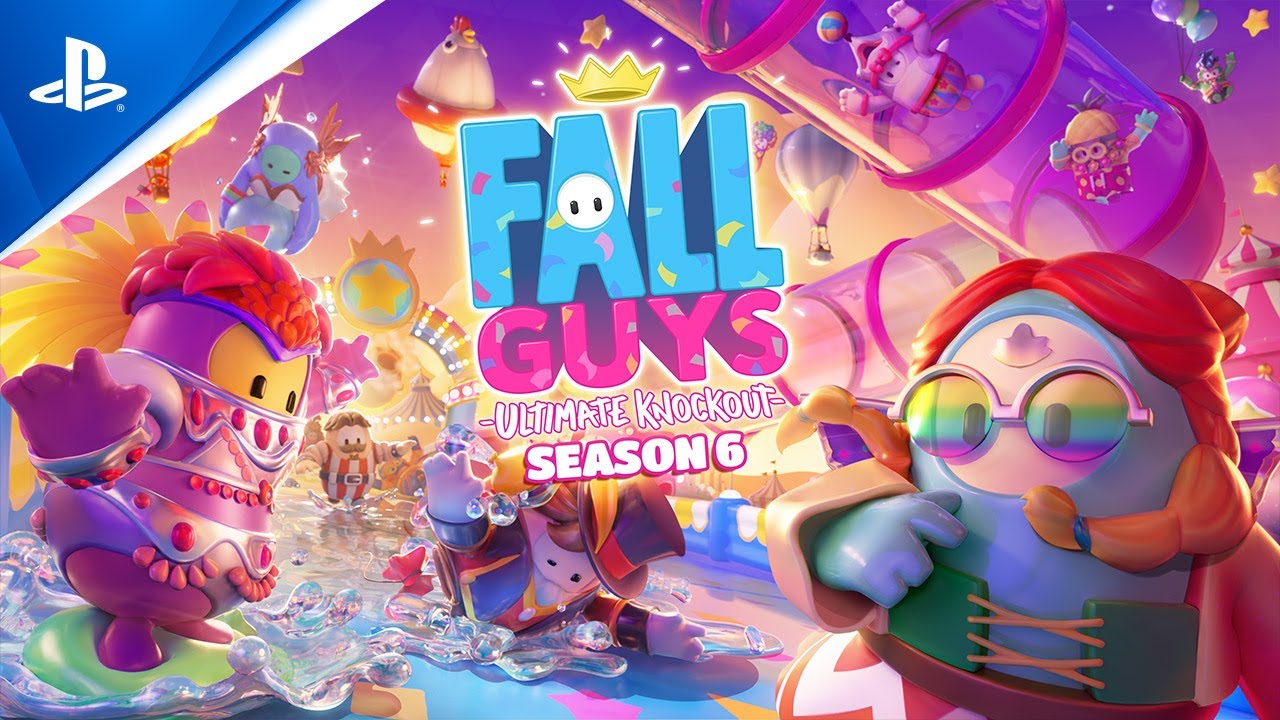 Pipe Dream is just one slice of festival fun coming to the Fall Guys Season 6 Party Spectacular. Dive in from November 30 for…

Also, look forward to even more Limited Time Events, starting with Sackboy swinging into the Blunderdome from December 1, dishing out a burlap bundle of challenges in exchange for an exclusive costume and other adorable rewards.

See you in the Blunderdome!