Everything You Need to Know About the Ghost Recon Breakpoint Open Beta on Xbox One | Blogdot.tv

The open beta for Ghost Recon Breakpoint runs from September 26 through September 29 on Xbox One, offering one last chance to jump in and start exploring Auroa for free before the game launches on October 4. In addition to being available to all players with an Xbox Live Gold subscription, the open beta features a number of new updates and improvements driven by player feedback to the closed beta. Controls, AI, visuals, difficulty, and more have been tweaked with the aim of creating the best possible experience, and if you played the closed beta, here’s a look at what’s different.

The way your Ghost reacts when making their way across Auroa’s rough landscape has been updated, with improved terrain analysis to create more realistic animations. Your Ghost now moves more naturally when running, too, although if you thought they moved with a little too much inertia in the closed beta – coming to a gradual stop instead of an instant one when running, for example – you might be glad to know that your Ghost can now stop on a dime.

In fact, your Ghost’s responsiveness and basic actions have been sped up across the board, with quicker weapon-swapping, stance-changing, chest-looting, and vehicle-entering. And if your Ghost sustains a serious injury, the moment of paralysis before you can start moving again has been shortened as well. Also, you can now cancel certain actions – like entering cars, opening chests, or gathering intel – midway through, which comes in handy if you’re ever surprised by enemies mid-rummage.

Is drifting into turns an essential part of the driving experience for you? Using the handbrake will no longer bring you to a quick stop, giving you more control over your vehicle and letting you tear through tight turns like a pro. Slopes are also less of a problem for any vehicles you commandeer, letting you navigate Auroa’s many mountain roads with greater ease. And if you’re just along for the ride, updates to the camera will now give you a better view of your targets when you lean out to fire on pursuers. 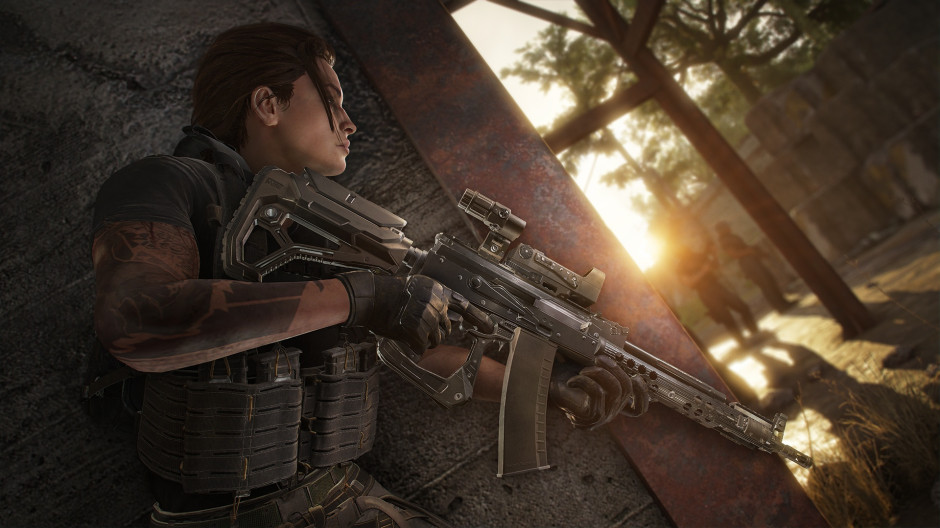 If, on the other hand, you just want to pile your buddies into a helicopter and explore from the air, you’ll find more helicopters distributed throughout the open world. Not only that, but a Sparrow chopper is immediately accessible by default at the bivouac. More helipad locations have sprung up around Auroa, and all helicopters now show up in the Erewhon shop menu without having to unlock them in the skill tree.

Enemies and friendly NPCs throughout Auroa have gotten an intelligence upgrade in the open beta. When a firefight erupts, for example, they’ll take cover in a more logical way, and friendly NPCs – rescued hostages, for example – will now be smarter about how they follow you. Enemy snipers will now behave more logically, sticking near their vantage points, and additional tweaks have been made to keep AI characters from ever getting stuck in walls.

At the same time, certain enemy behaviors have been tweaked in the Ghosts’ favor. Mortar fire, for example, is now much less precise, and the window of opportunity during which you can stop your enemies from calling for reinforcements has increased. And if they do manage to call, you’ll have more time before those reinforcements arrive, giving you more time to take down the enemy’s radio operator.

If you found normal difficulty a little too punishing in the closed beta, it’s been slightly toned down in the open beta to avoid difficulty spikes. Arcade difficulty is now a little easier; enemies are less powerful, your Ghost’s health regenerates faster, and aim assist has been given a wider area of tolerance, making it so players don’t need to aim as precisely to target enemies. Aim assist will now be more precise across the board, increasing your accuracy when snapping to targets.

If you’re looking for a tough experience, though, you aren’t being left out. Extreme difficulty now removes the red lights on the minimap that indicate enemy presence, so you’ll need to be more thorough about marking your targets. 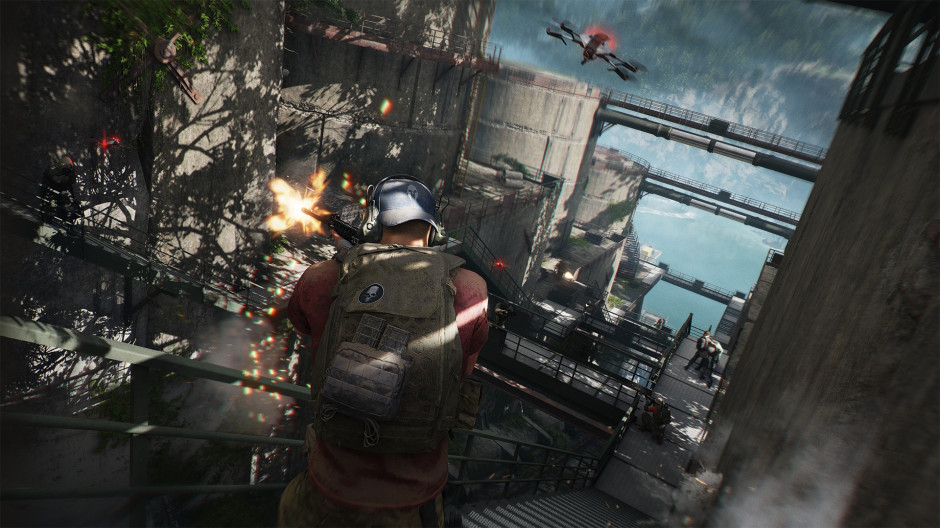 Don’t want to trek back to the rebel headquarters at Erewhon every time you need to buy something? You can now get the full benefit of Erewhon’s shop services at any bivouac in Auroa. That shop menu now features shorter refresh times for new weapons and gear becoming available for purchase, differentiation between weapon and gear camos, and other quality-of-life improvements.

Finding the nearest tank-sized drone to test your team’s mettle just got a little easier, as Behemoth areas appear on the tacmap by default. And if you want to see what unique reward each Behemoth gives up on defeat, you’ll be able to see that as well. Chests, also, are now marked with the kinds of rewards they contain, i.e. blueprints or skill points, and sidequest mission-givers are now easier to find when exploring the open world. You’ll be more readily rewarded for exploring with your drone, too, as it now has an easier time spotting important locations from the air.

Meanwhile, Guided mode – which puts objective markers on your map during missions – is now the default mode when starting the game, although players can switch to Exploration mode at any time if they’d prefer to be guided with more general clues (province, nearby geographical features, etc.) about where to find their targets. Guided mode will now also display any non-equipped missions and objectives on the map, and indicate all undiscovered locations with question marks (although you can turn the question marks off if you’d rather find locations on your own).

A number of updates have been introduced to online co-op, mainly centered on fixing replication issues – that is, moments when other player avatars or NPCs don’t appear in the right position, which can sometimes cause them to appear to slide or teleport as the game corrects them. Also, when you’re in Erewhon, the offline avatars standing around the table will belong to players in your friends list.

The open beta also includes a number of other, smaller updates, including a fix for an issue that could cause inventory items or save files to be lost in the closed beta. The game’s economy has been tweaked for better balance, as have class-specific challenges. You may also notice some graphical improvements over the closed beta, with updates to objects and the game’s overall level of visual detail. And even more tweaks are planned for launch, including audio updates and speed increases for slower vehicles.

Ghost Recon Breakpoint hits Xbox One October 1 for those who pre-order the Gold or Ultimate editions; October 4 for the standard edition. In the meantime, get ready to jump into the open beta, and share your feedback with the developers via the open beta forums once they’re live. It’s time to lock and load, Ghosts.