Ghost Recon Breakpoint expands the open world gameplay of Ghost Recon: Wildlands to include more robust survival options, and a lot more drone fighting. This sequel features Jon Bernthal (“The Punisher”) as former Ghost Cole D. Walker, first seen in the Wildlands DLC Operation Oracle — and Walker is now the game’s Big Bad. He leads a well-supplied and tech-heavy band of mercenaries called the Wolves, and you must stop him. Playing either solo (with AI squadmates, if you like) or with up to three other players, you’ll fight through a variety of weather conditions and landscapes, scavenging gear and supplies as you go.

Breakpoint puts new emphasis on the personal experience of tactical spec ops action, with new skills and weaponry, and the simulation of wounds and fatigue that plague soldiers in the real world. I played about two hours of Breakpoint at E3, starting with an introductory exfiltration mission, and pushing forward into an assault on a giant drone. The experience feels like the developers have taken criticisms of the last game into account, and refocused on creating gritty tactical action above all else. 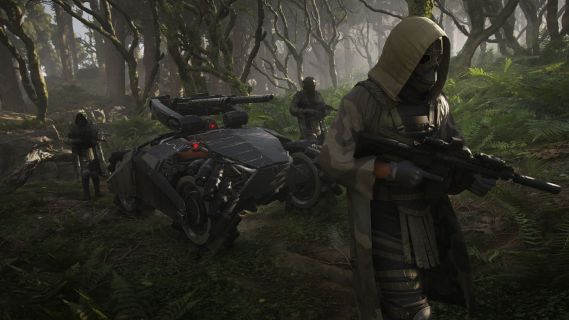 Live Off the Land

Breakpoint takes place on a fictional island called Aurora, which breaks from the real-world locations of Wildlands. That’s a deliberate choice that offers a lot of varied terrain across the island’s generous square footage; my long demo suggests that the long stretches of wandering in the last game might have been banished.

The geography of the island emphasizes some of the “survival” aspects in Breakpoint, too. These include stamina drain and damage that are incurred as you navigate the terrain. Take a bad slide down an incline and you can be hurt in a way that requires bandaging, and some injuries can leave persistent damage. Those factors add an extra edge when things go south during a firefight — run heedlessly into terrain with no plan or recon prep and you might end up injured before being shot. 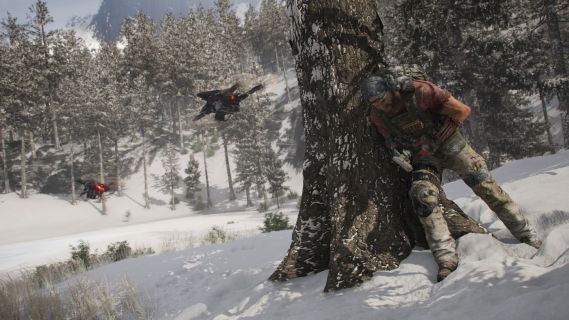 You can also put the landscape to your advantage, with the new “prone camo” feature. This allows you to cover yourself with dirt or mud or whatever other environmental element you’re lying in, the better to blend in with your surroundings. Clearly this is going to be a boon for those who play with a heavy emphasis on stealth, but it might also help players who like to do a little ill-advised shooting. Perhaps most importantly, prone camo helps disguise players from the eyes of drones in the sky and on the ground — and the Wolves have a lot of drone equipment to bring to bear.

The core Ghost Recon gameplay has a lot of tweaks, but will at least be familiar once the shooting starts. A headshot is still a kill, for example, and smart teams will still line up coordinated shots, which the game systems facilitate. But there are more enemy types, which will hopefully demand more tactical variety. 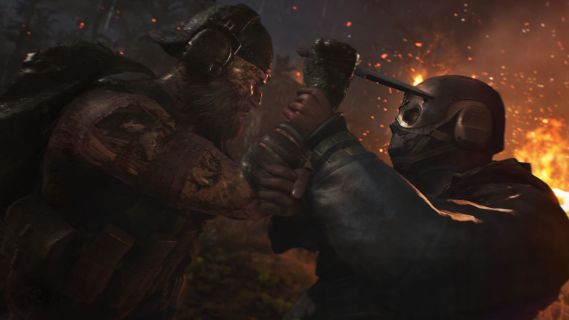 And drones are a huge part of the game. In my E3 play session, relying on the Ghost team’s own drones was still an important part of gameplay. Deploying the upgradable flying machines is a pivotal part of reconnaissance, to get a beat on the types of opposing soldiers, and their placements. You can also scope out likely places to deploy the new fence breach tool, which isn’t fast — breaching isn’t something you want to do in a firefight — but can save a lot of walking.

The Wolves have their own airborne drones, but are also armed with small rolling support drones that can help coordinate the opposition’s attacks. I found they were easy enough to take out with the new EMP grenades, but could also be a distraction that allowed Wolves to implement flanking maneuvers. And when my squad moved on to tackle a drone tank behemoth, it took all four of us in tight coordination (and with no few healing items) to knock loose its armor and destroy the beast. 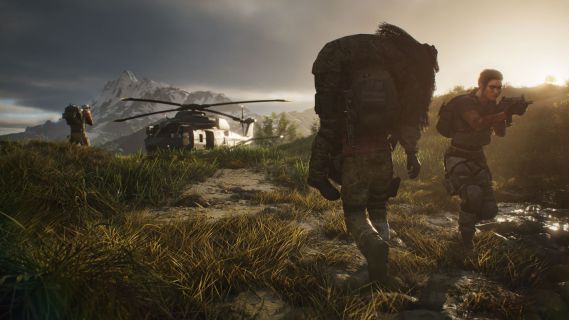 Even after a couple hours of play, I had only seen part of one small section of the island map, with not even a hint of some of the other biomes and environmental conditions Ubisoft is promising. The publisher plans quarterly content drops to keep Breakpoint alive and expanding, and also has raids planned for the not too distant future. A competitive PvP multiplayer mode is on deck as well, to complement the drop-in/drop-out co-op gameplay.

Ghost Recon Breakpoint arrives on for Xbox One and Windows 10 PCs. A beta launches on September 5 and will launch on Xbox One October 4.