Get ready to show those legions of Hell who’s boss — Update 6.66 is now live in Doom Eternal! This update not only includes a whole new Horde Mode for players to sink their teeth into, but also two Master Levels and new arena, playable demon and streak-based Ranking System for Battlemode and more!

In Doom Eternal’s Horde Mode, Slayers enter a fast-paced, arcade-style challenge to dispatch demons with speed, precision and just a touch of style. Each time you enter Horde Mode, you’ll start off with the Combat Shotgun and all perks, runes and mods available and upgraded.

As you make your way through three levels packed with demons, you’ll build up your arsenal and rack up points. To really maximize your score, watch out for bounty demons that drop a huge point payout when taken out in record time! Keep returning to face the horde and vie for higher and higher scores, unlocking more than seven new skins for Doom Eternal and proving who is the best Slayer around in Horde Mode’s leaderboards!

Duke It Out Online in Battlemode 2.0

Take your skills to the arena against real players in Doom Eternal’s 2v1 Battlemode 2.0 experience, now enhanced with a streak-based Ranking System that accounts your win streaks to find you worthy opponents to duel.

Battlemode 2.0 also features seasonal leaderboard, granting players rewards based on their progress at the end of each season. That’s not all – Update 6.66 also brings Stronghold, a new arena to battle it out in and the ferocious Dread Knight as an all-new playable demon!

With over a year of optimizations, balancing and latency improvements since launch, Update 6.66 marks an excellent time for Battlemode veterans and newcomers alike to jump into Doom Eternal with friends and check out its edge-of-your-seat multiplayer experience!

Finally, Update 6.66 also comes with several fixes and enhancements for players to enjoy. Check out the complete patch notes for details. With high scores to chase in Horde Mode, a new and improved Battlemode 2.0 and more Master Levels to dive into, there’s no better time to remind Hell that the only thing it fears…is you.

Doom Eternal is available now for Xbox One and PC, with backwards compatibility and next-generation enhancements on Xbox Series X|S systems. Xbox Game Pass members can also download Doom Eternal today on both console and PC. Stay current on Doom Eternal by joining the Slayers Club, the official fan club for all things Doom. Join today and unlock the Zombie Slayer Skin for Doom Eternal. 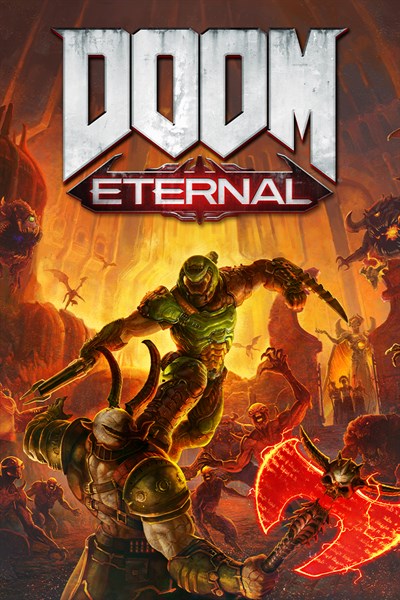 ☆☆☆☆☆ 776
★★★★★
$59.99 $23.99
Get it now
Xbox Game Pass
Hell’s armies have invaded Earth. Become the Slayer in an epic single-player campaign to conquer demons across dimensions and stop the final destruction of humanity. The only thing they fear… is you. Experience the ultimate combination of speed and power in DOOM Eternal – the next leap in push-forward, first-person combat. SLAYER THREAT LEVEL AT MAXIMUM
Armed with a shoulder-mounted flamethrower, retractable wrist-mounted blade, upgraded guns and mods, and abilities, you're faster, stronger, and more versatile than ever. UNHOLY TRINITY
Take what you need from your enemies: Glory kill for extra health, incinerate for armor, and chainsaw demons to stock up on ammo to become the ultimate demon-slayer. Enter BATTLEMODE
A new 2 versus 1 multiplayer experience. A fully-armed DOOM Slayer faces off against two player-controlled demons, fighting it out in a best-of-five round match of intense first-person combat.

Related:
Age of Empires IV is Available Now with Xbox Game Pass on PC
Authentically Celebrating the Culture of Mexico in Forza Horizon 5
Grounded Just Got Hotter and Hazier 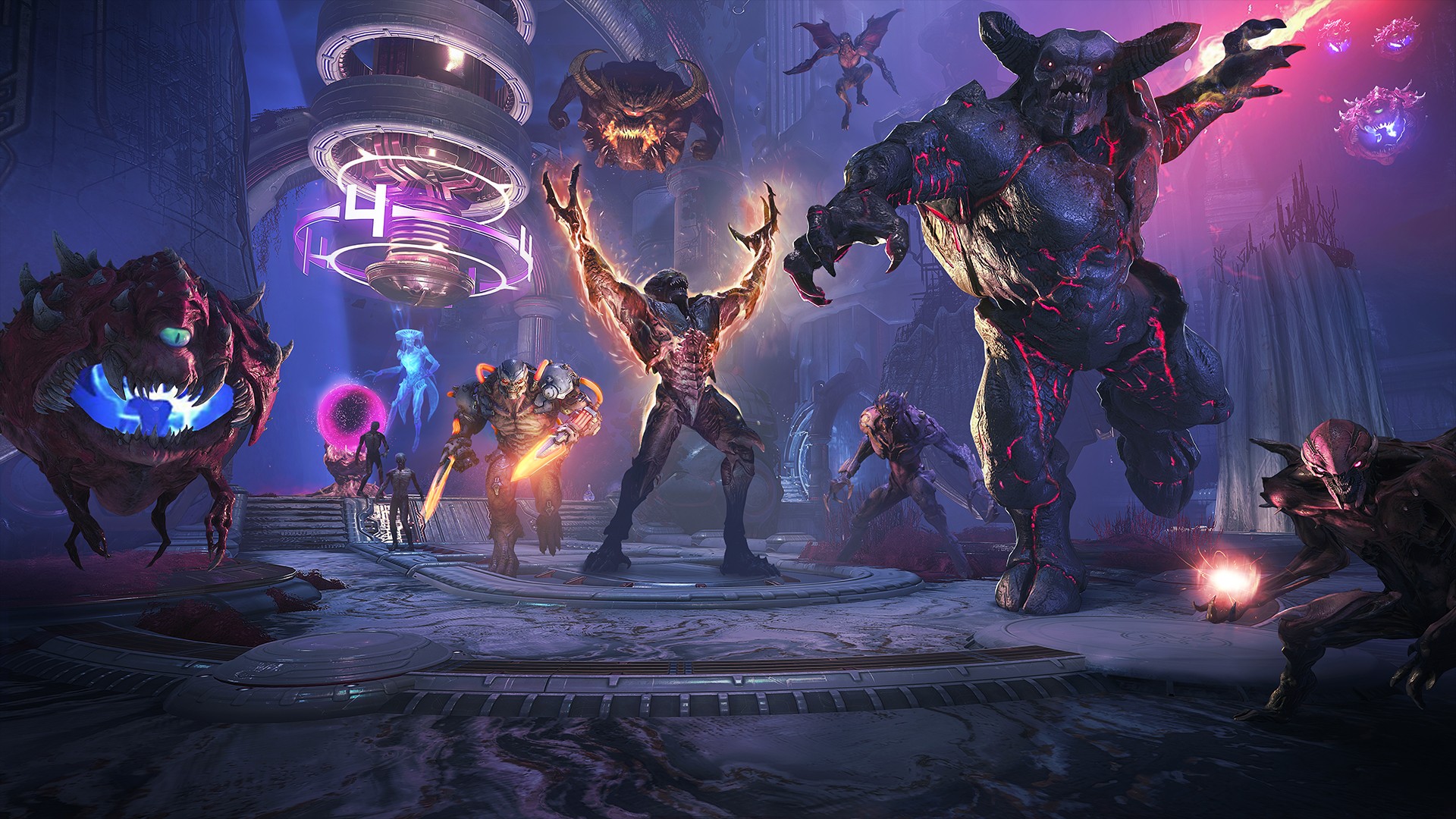