The Destroy All Humans! franchise is rich with one-of-a-kind, over-the-top gameplay experiences — some of the most memorable in the action-adventure genre. When the team got together to discuss the best way to kick-off pre-order, we knew that loyal fans and players new to the franchise would love nothing more than getting their hands on some multi-player carnage! That’s right, citizens of planet earth who pre-order Destroy All Humans 2 – Reprobed will instantly be rewarded with the stand-alone, spin-off Destroy All Humans – Clone Carnage.

Clone Carnage is a multiplayer only experience where 4 players can wreak havoc online or 2 players can destroy locally. The spin-off is also available for separate purchase for Xbox Series X|S and Xbox One. We’re so stoked to also be able to confirm the official launch date for Destroy All Humans! 2 – Reprobed. This game is the fan-favorite in the Destroy All Humans! franchise and our remake includes updates that we’re confident players will be excited about – like unlocking new skills based on the quantities of humans you abduct with your flying saucer.

In Reprobed, our charming but evil alien invader Crypto (138!) will unleash his large arsenal of weapons onto five huge open-world areas: Bay City, Albion, Takoshima, Tunguska, and the Moon! Players will experience the swinging ‘60s in all its glory and deal with Hippies, the KGB, and many other threats. To roam quickly around the large areas, Crypto can use his jetpack; his hoverboard; and of course his flying saucer, equipped with a neat little arsenal of destruction that allows players to blow up buildings and dismantle whole armies. Destroy All Humans 2! – Reprobed features a 2-player, split-screen co-op mode so you and a friend (or whatever floats your boat) can destroy all humans together!

So, humans, there are three things you must do: Mark your calendars for August 30; Pre-order Destroy All Humans! 2 – Reprobed now; Go wreak some havoc in Clone Carnage! 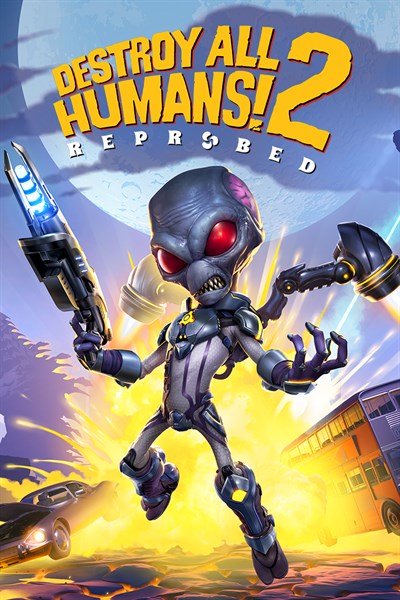 - Werbung -
☆☆☆☆☆
★★★★★
$39.99
Pre-order
Crypto is back with a license to probe. The alien invader returns, groovier than ever and now with genitals! Experience the swinging ‘60s in all its chemical-induced glory and take revenge on the KGB for blowing up your mothership. As you uncover the schemes of your enemies, you’ll have to form alliances with members of the very species you came to enslave. + Show those hippies who's boss using classic weapons and new technology like the Meteor Shower
+ Explore 1960’s Mother Earth and unload your trusty saucer all over her fictional cities
+ Defend a much larger, much more open world from those who seek to undermine your mission
+ Hoover up humans from different countries and grind them up into DNA cocktails to upgrade your skills
+ Invite a friend over for a twosome and enjoy the full story in local 2-player split screen co-op Pre-order now to get the standalone multiplayer-DLC "Destroy All Humans! – Clone Carnage" for free! 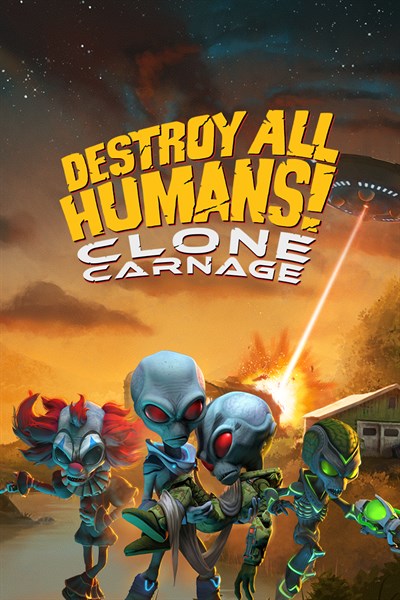 ☆☆☆☆☆ 9
★★★★★
$12.99
Get it now
Wreak havoc in Clone Carnage! This standalone DLC comes with 4 modes, 6 maps, and up to 4-player multiplayer. Split-screen lets you double the damage in local 2-player multiplayer. Unleash your wild side in Rampage, Armageddon, Race, and Abduction modes!