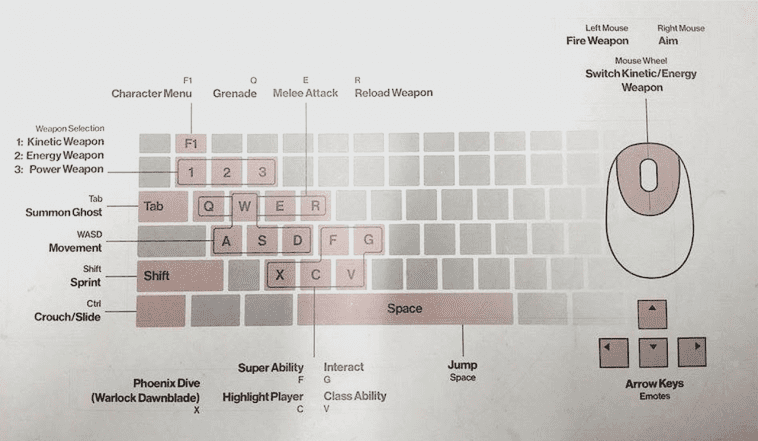 Unlike its predecessor, Destiny 2 will release on PC. Although players have had to wait longer for it, there’s not much longer left now. Destiny 2 doesn’t launch on PC until October 24, and for those of you that didn’t pick it up on Xbox One and PS4, the PC version features a variety of improvements and differences compared with its console counterparts. To help you get an idea of what to expect from the PC release of Bungie’s hotly anticipated sequel, we’ve gathered all of the essential details below. Take a look and you’ll find detailed information on everything from what’s different, to recommended PC hardware specs, and how it works with Blizzard’s Battle.net client.

Unfortunately, if you didn’t try it already, the Destiny 2 PC beta has already passed. For more on the game, check out our Destiny 2 review. We also have tons of Destiny 2 guides, tips, and tricks for those who have already begun playing on consoles or are simply looking to get a head start on how things will work on PC.

The PC version is confirmed to have release date on October 24, while the Xbox One and PS4 versions are already out, having launched on September 6. Bungie has announced the game’s servers will become available at 10 AM PT on October 24, which works out to 1 PM ET / 2 PM BRT / 6 PM BST / and 4 AM the next day in Australia. We’ve spent time with the computer version and have highlighted the key differences with Destiny 2 on PC.

In terms of actual playable content, everything is the same on PC–with one exception. Sony’s timed-exclusive content for Destiny 2 affects not just Xbox One players, but those on PC. The PS4 version comes with an extra Strike, Crucible map, and some items that will not be available on other platforms for at least one year. There’s no precise date for it yet, but after PlayStation-exclusive content in Destiny 1 remained exclusive for longer than expected, Bungie has explicitly stated that this Destiny 2 content will be out by the end of 2018. Additionally, we have a schedule for PC endgame activities, including the Nightfall, Raid, and more.

While there may be changes made for the final release, Destiny 2’s PC beta brought a list of minimum and recommended system specs. Additionally, Bungie provided a list of hardware for those looking to upgrade their systems, with CPU and GPU minimums and recommendations.

Pre-loading for Destiny 2 is officially underway. If you’ve pre-ordered the game through Battle.net, you can download the game now so that it’s ready as soon as Bungie’s servers come online.

Destiny 2 on PC supports 4K resolution and uncapped framerates. There’s also ultra-wide screen support and an FOV slider, as well as compatibility with HDR displays. If you have an SLI setup, it will take advantage of that, too. We can go into depth with the beta in the video above, and you can our analysis of how well Destiny 2 runs on PC here. As for settings you can tweak, there’s quite a lot to mess around with, including:

The PC version uses a relatively straightforward control scheme, which you can see in the image below. It’s worth noting that the controls are completely customizable.

Unfortunately, the game will use peer-to-peer servers. However, this doesn’t work quite the same as in the previous game; when Bungie explained why Destiny 2 doesn’t use dedicated servers, it noted that you’ll never run into a host migration situation.

During our hands-on time with the game, we found the mouse and keyboard support to be a welcome addition. It enhanced the overall feel of multiplayer, though it did seem to make the single-player portions we played easier than we anticipated. You can check out our analysis of the PC beta for a technical look at the game; for further impressions of the PC version, watch the video below.

The PC version of Destiny 2 is shaping up to be a game specifically tuned for the platform. We’ve got an explainer on every graphics options, as well as some tips on how to improve FPS performance in Destiny 2.

If you’re hoping the game is dramatically different from the original Destiny, you may be in for a disappointment, but those seeking a refined version of that game will likely be pleased. You can read our impressions of the full game on console in our Destiny 2 review diary and Destiny 2 review-in-progress.

Destiny 2 uses Blizzard’s desktop app. It’s the first game not directly developed by Blizzard to appear on the platform. Activision and Blizzard have changed its name several times recently, but moving forward it will be referred to as Blizzard Battle.net.

Unfortunately, Destiny 1 power, possessions, and Eververse-related items and currency will not transfer over. While your character’s appearance will not be abandoned in the sequel for console owners, there’s no word if it’ll support any kind of transfer from console to PC.