Attention inhabitants of Planet Earth! Destroy All Humans! launches this week as part of ID@Xbox Summer Spotlight Series! Before you hop into your flying saucer, I think it’s important to acknowledge the 15 years that have passed since the game’s original release on Xbox. What better way to do that than to answer the simple question: What is Destroy All Humans!?

To start, it’s a buddy comedy between the alien Crypto-137 and his superior Orthopox-13, aka: Pox! Pox is the level-headed strategist who has sent his hatchet-man Crypto down to a semi-fictional 1950s America on a very important mission – to undermine American society and take down its government. Pox’s often fruitless attempts to keep the refreshingly unapologetic Crypto from leveling entire cities just long enough to gather some human intel make Destroy All Humans! one of the funniest games ever written.

Finally, Destroy All Humans! is about the details, starting with franchise nostalgia! When we saw players remembering certain Destroy All Humans 2! features as available in the original Destroy All Humans!, we chose to integrate them in the remake. This, in addition to making changes to improve the overall experience. This is very apparent in the new Psychokinesis-system, which allows you to carry objects – humans, explosives or whatever else you want to throw – around with you without limiting your ability to shoot or use your jetpack. A diabolical alien’s multi-tasking dream come true! 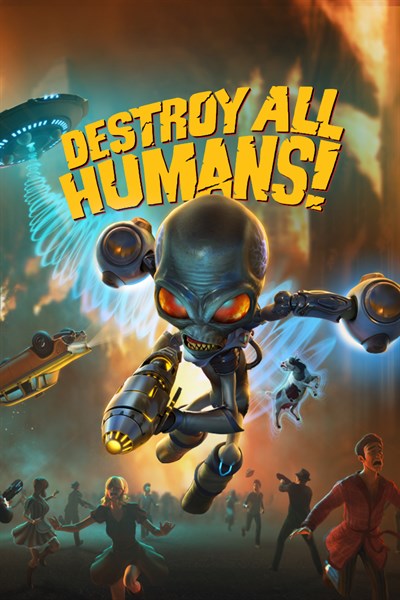 ☆☆☆☆☆ 19
★★★★★
$39.99
Get it now
Free Trial
The cult-classic returns! Terrorize the people of 1950's Earth in the role of the evil alien Crypto-137. Harvest DNA and bring down the US government in the remake of the legendary alien invasion action adventure. Annihilate puny humans using an assortment of alien weaponry and psychic abilities. Reduce their cities to rubble with your flying Saucer! One giant step on mankind!

Related:
Enter the Beautiful, Dark World of Othercide on Xbox One
New Games with Gold for August 2020
Getting to Know Guu Ma, Road to Guangdong’s Most Prominent Character