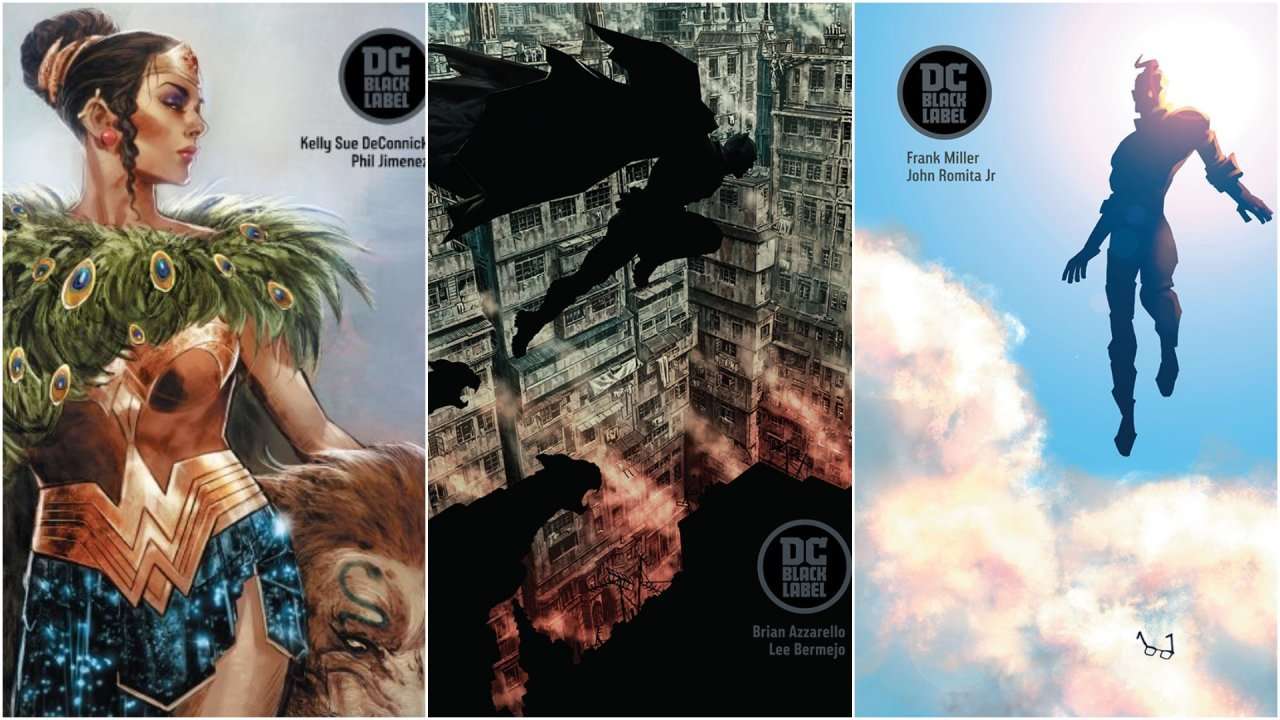 At San Diego Comic-Con, DC Entertainment announced a new publishing imprint called DC Black Label. The label will only mark certain stories, each created by DC Comics’ most prominent writers and artists. They’ll bring edgy and provocative standalone stories to the legends of DC’s greatest heroes and villains. For starters, the label is focusing on stories centered around Batman, Superman, and Wonder Woman.

“Creating DC Black Label doubles down on our commitment to working with all-star talent and trusting them to tell epic, moving stories that only they can tell with the highest levels of creative freedom,” said publisher Jim Lee. And freedom those writers and artists will have. Series that run under the DC Black Label won’t be restricted to a specific format, release schedule, or canon.

When it comes to DC Black Label, creative vision is most important. Writers will be free to write stories that contradict The New 52 or Rebirth, and artists can reimagine heroes and villains with designs that have never been seen before. DC Entertainment has six books planned for the first wave of DC Black Label titles: Superman: Year One, Batman: Last Knight on Earth, Batman: Damned, Wonder Woman Historia: The Amazons, Wonder Woman: Diana’s Daughter, and The Other History of the DC Universe.

Frank Miller and John Romita Jr. are on Superman: Year One, which promises to be a groundbreaking reimagining of Superman’s classic origin story. Scott Snyder and Greg Capullo are behind Batman: Last Knight, a story that begins with Batman waking up in the desert next to The Joker’s head still alive in a jar. Brian Azzarello and Lee Bermejo are tackling Batman: Damned, a story where Batman and Constantine team up to chase down a horrific serial killer who might have managed to murder The Joker.

Kelly Sue DeConnick and Phil Jimenez are telling a Homeric epic of the lost history of the Amazons in Wonder Woman Historia: The Amazons. Not much is known yet about Wonder Woman: Diana’s Daughter (in fact, that’s a working title), but Greg Rucka will be using the comic to tell the story of a young woman who defies the odds of her hopeless world. John Ridley is writing a literary series that analyzes iconic DC moments in The Other History of the DC Universe.

The full summary of each of these books can be found on DC Comics’ blog.