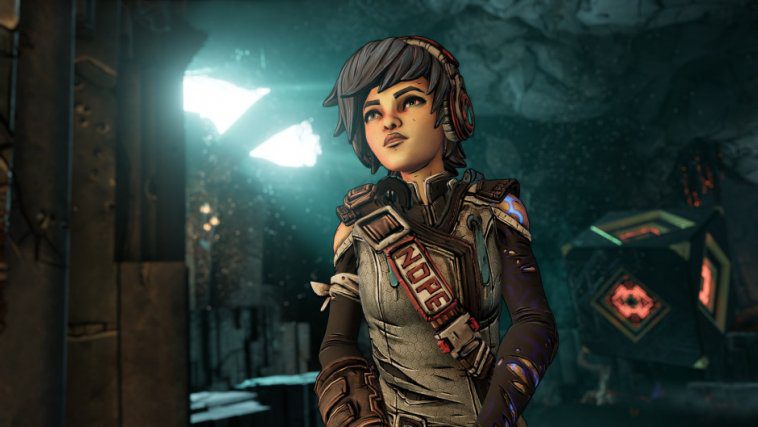 Buckle up, Vault Hunters, because it’s time for some brand new Borderlands 3 mayhem!

Starting today, the Director’s Cut add-on is available on Xbox One and Xbox Series X|S. Director’s Cut is part of Season Pass 2 and Borderlands 3 Ultimate Edition, though it’s also available for purchase individually. Please note you’ll need to own a copy of the base game to enjoy the mayhem of any Season Pass 2 content, including Director’s Cut. Read on to learn what’s in store!

Director’s Cut gives Vault Hunters the chance to face off against Hemovorous the Invincible, a brand-new raid boss. This colossal Varkid has long been the stuff of blood-soaked legend, and now she’s finally awoken. When you’re ready, head over to Pandora. Rumor has it you’ll find Hemovorous behind a door that’s been locked since Borderlands 3 first launched. Perfect your build, bring your friends, and prepare for your most intense boss encounter yet! Only the most awesome Vault Hunters will be able to kick her butt and score some top-tier loot.

Elsewhere, you can help Ava solve some potentially supernatural slayings. She’s convinced she’s stumbled onto an interplanetary murder mystery, and she’s asked for your help investigating some eerie happenings on Pandora, Promethea, Eden-6, and Nekrotafeyo. You’ll have the help of some familiar faces during this fresh series of story missions and score some loot in the process! Expert tip: keep a close eye on your surroundings. You may stumble upon clues that tie back to the central Borderlands 3 storyline…

Not only will you be fighting a gargantuan new raid boss and solving some spooky slayings, Director’s Cut also includes extra chances to score loot with three new Vault Cards. Once a Vault Card is activated, you’ll be able to score XP by completing three daily challenges and a multi-tiered weekly challenge. With more than 100 unique challenges, each day will be a surprise! Earn enough XP, and you’ll unlock some unique themed rewards. The first Vault Card debuts today alongside the launch of Director’s Cut and features gear and cosmetic items honoring some of Borderlands’ most beloved fallen heroes. Vault Hunters have plenty to look forward to, with the second and third Vault Cards debuting before year’s end.

Completing Vault Card challenges can also earn you a new in-game resource: Diamond Keys, which unlock a room known as the Diamond Armory. Located under the upper deck of the Bridge on Sanctuary, the Diamond Armory is filled to the brim with tantalizing loot. If you want to learn more, head over to borderlands.com for the full explainer. Note that Diamond Keys can only be earned through gameplay and are not sold separately.

In addition to its raucous gameplay and abundance of loot, Director’s Cut is also chock full of behind-the-scenes content, including concept art, storyboards, cut content, bloopers, and more. Players can take a rare peek behind the curtain and see how a game like Borderlands 3 is made, with glimpses of never-before-seen content that may even answer a lingering question or two.

Whether or not you plan to pick up Director’s Cut, you can still enjoy two helpful new machines, both of which are free to all players. Crazy Earl’s Reroll allows you to replace the Anointment on an item in exchange for some Eridium (that rare purple element you’ll find scattered across the galaxy). If you don’t know, Anointments appear on some high-level loot and enhance the unique abilities of the Vault Hunters when that loot is used or equipped. By rerolling an Anointment, you can make the perfect piece of gear even more perfect for your specific character build. Be warned, though: Crazy Earl gets to choose the new Anointment, and there is no turning back (though you can always pay to roll again if you’re not satisfied).

And that’s everything! Again, Director’s Cut is available now on Xbox One and Xbox Series X|S as part of Season Pass 2. You can also purchase the add-on separately, though either way, you’ll need a copy of the base game to enjoy Director’s Cut. Now get out there and be among the first to conquer Hemovorous, solve those murders, and tackle the first Vault Card. 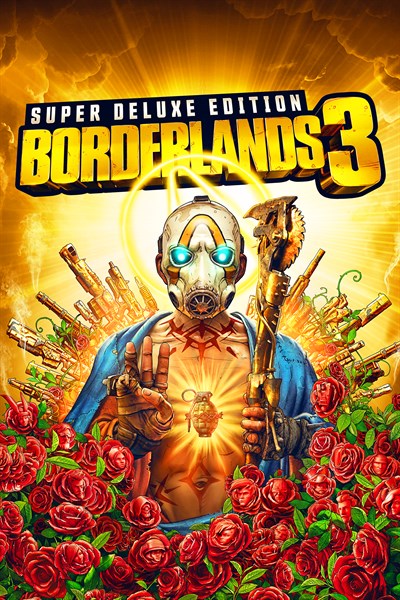 ☆☆☆☆☆ 3515
★★★★★
$79.99 $35.99
Get it now
Xbox One X Enhanced
Xbox One copies of Borderlands 3 include a digital upgrade to the Xbox Series X|S version! On Xbox Series X, experience the game in gorgeous 4K resolution at up to 60 fps in single-player and online co-op. Add more couch co-op mayhem with expanded local splitscreen support for up to 4 players. Season Pass includes: • 4 campaign DLC packs featuring new stories, missions, and challenges • Butt Stallion weapon skin • Butt Stallion weapon trinket • Butt Stallion grenade mod Additional Bonus Content: • All four Multiverse Final Form Cosmetic Packs, each with a one-of-a-kind Vault Hunter Body and a new Vault Hunter Head • Retro Cosmetic Pack: Vault Hunter Head, Vault Hunter skin, ECHO Device skin, weapon skin • Neon Cosmetic Pack: Vault Hunter Head, Vault Hunter skin, ECHO Device skin, trinket • Gearbox Cosmetic Pack: Weapon skin, trinket • Toy Box Weapon Pack: 2 Toy guns, Toy grenade mod, trinket • Equippable XP & Loot Drop Boost Mods Wield bazillions of guns in the award-winning, mayhem-fueled adventure of Borderlands 3! Blast through multiple worlds as one of four Vault Hunters – the ultimate treasure-seeking badasses of the Borderlands, each with deep skill trees, abilities, and customization. Play solo or join with friends to take on deranged enemies, score loads of loot, and save your home from the most ruthless cult leaders in the galaxy. A MAYHEM-FUELED THRILL RIDE Stop the fanatical Calypso Twins from uniting the bandit clans and claiming the galaxy’s ultimate power. Only you, a thrill-seeking Vault Hunter, have the arsenal and allies to take them down. YOUR VAULT HUNTER, YOUR PLAYSTYLE Become one of four extraordinary Vault Hunters, each with unique abilities, playstyles, deep skill trees, and tons of personalization options. All Vault Hunters are capable of awesome mayhem alone, but together, they're unstoppable. • Moze as the GUNNER: When Moze needs backup, she Digistructs her mech – Iron Bear – for a sucker punch of additional firepower. • Amara as the SIREN: A confident, capable brawler with the ability to summon ethereal fists, Amara uses her Siren powers to smash her enemies. • FL4K as the BEASTMASTER: FL4K lives for the hunt. So do the loyal beasts that follow their master’s every command. Their preferred prey? Unsuspecting bandits, those poor suckers. • Zane as the OPERATIVE: Specializing in battlefield gadgetry, Zane is extremely proficient at slipping into combat, creating chaos, and sneaking back out as if he was never there. LOCK, LOAD, AND LOOT With bazillions of guns and gadgets, every fight is an opportunity to score new gear. Firearms with self-propelling bullet shields? Check. Rifles that spawn fire-spewing volcanoes? Obviously. Guns that grow legs and chase down enemies while hurling verbal insults? Yeah, got that too. EXPLORE THE BORDERLANDS Discover new worlds beyond Pandora, each featuring unique environments to explore and enemies to destroy. Tear through hostile deserts, battle your way across war-torn cityscapes, navigate deadly bayous, and more! QUICK & SEAMLESS CO-OP ACTION Play with your friends in online or split-screen co-op, regardless of your level or mission progress. Take down enemies and challenges as a team, but reap rewards that are yours alone – no one misses out on loot. SEASON PASS CAMPAIGN DLC DETAILS: DLC 1 – Moxxi’s Heist of the Handsome Jackpot Ready for the biggest score of your loot-hunting career? Moxxi has just the job for you, sugar: a good old-fashioned heist. Join her crew of ragtag "experts," battle your way through Hyperion security forces and crazed casino-goers, and claim The Handsome Jackpot's vault of loot for yourself. DLC 2 – Guns, Love, and Tentacles: The Marriage of Wainwright & Hammerlock Hammerlock and Wainwright are inviting you to their engagement party on the ice planet of Xylourgos, where a gargantuan monster lies frozen above a village full of deranged occultists. Fight back against forces of otherworldly evil with the help of the galaxy's most badass wedding planner: Gaige, a former Vault Hunter who's inseparable from her robot BFF Deathtrap. DLC 3 – Bounty of Blood You've come to the brutal frontier planet of Gehenna in hopes of collecting a bounty on The Devil Riders, a violent gang of beast-riding mercenaries. Team up with tough-as-hell locals to protect and rebuild the town of Vestige. Then take the fight to The Devil Riders using new interactive objects and the added Jetbeast mount in this gritty tale told by an unseen narrator. DLC 4 – Psycho Krieg and the Fantastic Fustercluck Explore the chaotic mind of the heroic psycho Krieg in search of clues leading to Vaulthalla, a mythical place that supposedly induces insanity. Help both sides of Krieg's dual psyche process his traumatic memories by blasting his inner demons to bits, and try not to succumb to lunacy inside Krieg's imagination full of memory fragments, twisted mindscapes, and meat. So much meat.