Azur Lane and British Cruisers in World of Warships: Legends on Xbox | Blogdot.tv

The first feature update of 2020 for World of Warships: Legends is filled to the brim with new content! The British nation received a completed cruiser tech tree, there’s a new campaign for players to tackle, and a bunch of new commanders and special camos arrived from a collaboration with the mobile game Azur Lane. That’s not all either, a new season of Ranked Battles is starting for players to compete in tactical 7v7 battles! This update marks the beginning of a new year for World of Warships: Legends players.

At long last, the British cruiser line is
complete! Unlike most cruisers of other nations, the British Cruiser line is
made up of “Light Cruisers,” meaning that they carry rapid-fire 6-inch guns,
accelerate like no others, and have smokescreens. In some ways, they are like
upscaled destroyers—nimble and stealthy, but can also dish out a ton of damage
with their guns. Plus they have unique torpedo launchers that are able to fire
single torpedoes very accurately. Add in repair parties for some extra
durability, and you get an entirely unique line of cruisers. These cruisers
will give players entirely new strategies and ways to play, either as
opportunistic warriors, ambushers, or powerful flankers!

To complement these British cruisers, a
new campaign has started. The His Majesty’s Raider campaign features the
Belfast as the final reward! The Belfast is a renowned British cruiser for its
role in sinking the German battleship Scharnhorst, and now serves as a museum
ship in London on the River Thames. Belfast is an excellent Tier VI cruiser
with several tricks up her sleeve! Belfast can use both Sonar and Radar, making
her a powerful destroyer-hunter, but also has a smokescreen so she can rain
shells from the relative safety of smoke. Players can get her by completing the
80-level campaign with admiralty backing, along with tons of Premium Account
time, credits, boosters, and more.

Connecting with the Belfast, there is the brand-new Azur Lane collaboration! This is the first collaboration for World of Warships: Legends, bringing new Commanders and Camos based on characters from Azur Lane. Azur Lane is a side-scrolling RPG Shooter mobile game where girls representing historical ships battle with a wide variety of enemies. The collaboration features six ships that the games have in common: Atago, Belfast, Dunkerque, Hipper, Hood, and Nelson. In World of Warships: Legends, each Azur Lane character will appear as a new commander with unique voiceovers and skills, and each ship will have a special camouflage based on the Azur Lane character! Those who want to keep the classic look of the game can opt out of the visuals via the settings if they prefer.

Ranked Battles are back for a third season!
Players will get to battle in the tactical 7v7 matches once again, this time
through 20 ranks. Season 3 will focus on Tier V ships and will last throughout
the update, meaning there is 5 weeks to make it to the top. Rewards are placed
at each rank, ranging from Doubloons to Commander XP. The battles have been
changed some too, now there can only be 3 destroyers per team (2 max in a
division). Ranked Battles Season 3 is sure to reward the best players, so don’t
miss out on the competition!

There are some other changes in-game too,
including new bonuses for winning in your ships, clearer UI for ship upgrades,
and a host of bug fixes. This update sets a strong pace for the rest of the
year, there’s sure to be new ships, commanders, and more in the coming months! 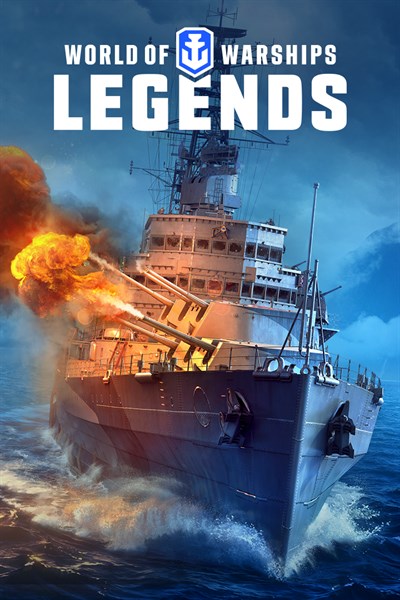 ☆☆☆☆☆ 269
★★★★★
Get it now
Experience epic naval action in World of Warships: Legends, a global multiplayer free-to-play online game where you can master the seas in history's greatest warships! Recruit legendary commanders, upgrade your vessels, and stake your claim to naval supremacy with or against players around the world. LIMITLESS CONTENT Helm dozens of warships from the 20th century's most powerful navies, set sail for glory across stunning oceanic vistas and soundscapes, and enjoy regular free updates. CHOOSE YOUR COMBAT STYLE Take control of destroyers, cruisers, or battleships to best suit your playstyle, from a guns blazing approach, to more careful and methodical attacks, and more. TURN THE TIDE IN EPIC 9 V 9 BATTLES Join forces with friends to challenge players around the world, and work together to devise strategies and plan attacks to outgun your opponents and turn the tide of battle.